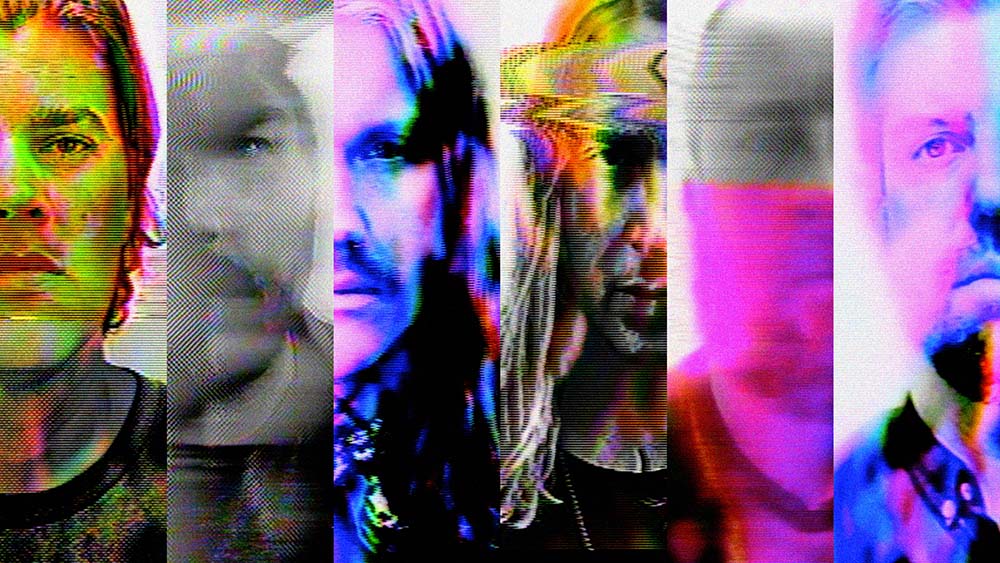 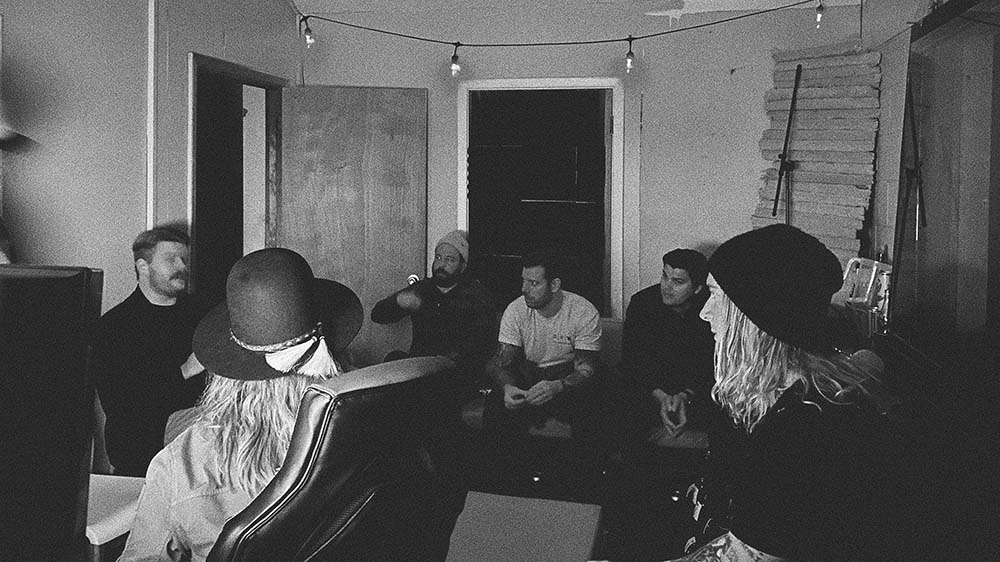 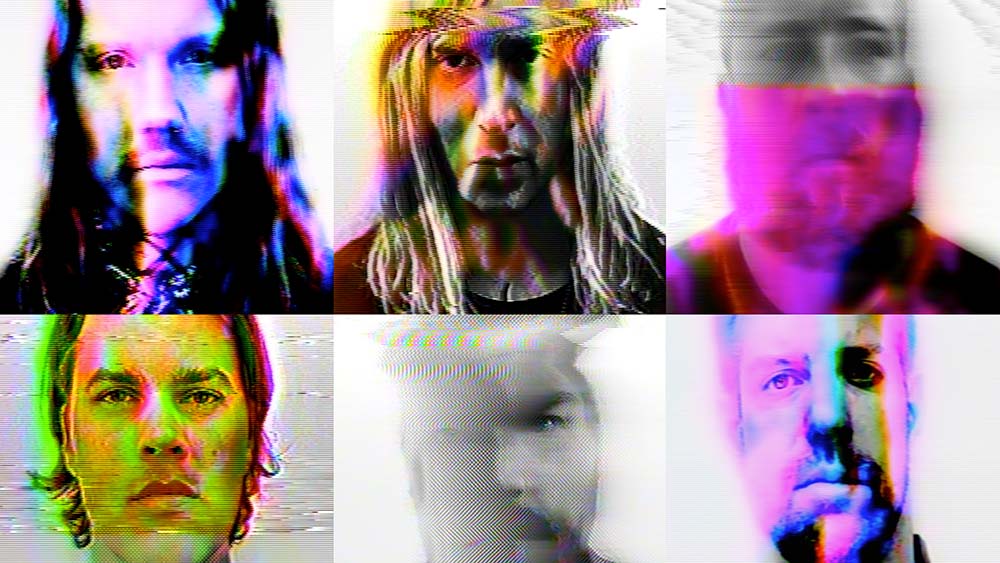 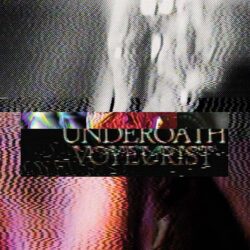 Sounds like: Hard-rock instrumentations and screaming vocals that build to almost claustrophobic tension only to occasionally ease into soothing, atmospheric synths
If you like: The Devil Wears Prada, Every Time I Die, Silent Planet
Why you should listen: This Florida post-hardcore group kicks off the New Year with a crushing self-produced album. Spencer Chamberlain and Aaron Gillespie’s layered vocals play over wailing guitars, industrial keyboards and a rhythm section that raises your pulse. It’s a cohesive collection of songs that preserve a rawness. Thematically, it explores the ways society lives in the digital age, always being watched.
Best track: Pneumonia

Underoath keyboardist Chris Dudley joins me via Zoom from sunny Florida in a casual T-shirt and backwards cap. I can’t quite relate; I spent my morning bundled up and listening to the post-hardcore band’s new album, Voyeurist, on my cold daily walk, one of the few things Ontarians can do under lockdown. Maybe it’s the current state of things that lead me to connect a little deeper to the lyric “We’re not dreaming / This is hell.” A more likely explanation is that a band that’s been writing for over 20 years has perfected the art of creating easily relatable music.

“I want people to listen to our music and feel connected, understood. That’s probably one of the biggest overarching themes on all of our records.” Dudley’s warm and friendly personality emanates through the screen, thawing me from my winter stroll. His demeanour also contrasts nicely with the album’s sonic spirit. Naturally, Underoath’s sound has evolved over two decades, but listeners can always expect fuelling aggression and cathartic energy. Voyeurist lifts these elements to greater heights and pushes the band through technological advances. For the first time in their history, Underoath have self-produced a full-length record. This decision came after the success of their 2020 livestream concert Underoath: Observatory, a critically-acclaimed experience that gave viewers an in-the-round perspective. The positive feedback from a largely self-organized endeavour gave them the confidence to enter the studio alone.

Voyeurist has been a long-time coming, but Dudley feels the wait was their smartest artistic decision. Slated to tour alongside nu metal legends Slipknot in the summer of 2020, Underoath planned to record the album before hitting the road. When performing live was no longer an option, the group opted to return home and ruminate.

“It wasn’t like our normal process, where we would travel somewhere for weeks at a time and come back with a finished record,” Dudley says from his home office, a keyboard to his left. “We removed the pressure of ‘We only have X amount of days here, we need to grind and get this done.’ It was very freeing and allowed for a lot more experimentation.

“The pandemic sort of threw a wrench in writing but, in hindsight, it made a much better record. The album that we would have made in early 2020 is nothing like what we ended up with. Only one or two songs from the original batch actually made it — the rest is all new.”

This ability to pause and reflect ties to the album’s core theme of social media curation. A commentary on the ways in which we showcase our lives in the digital landscape, Voyeurist reminds its listeners not to take every posed image or edited caption at face value. It also asks us to be kinder to ourselves when we scroll through old photos and grant ourselves room to grow. The concept is both wonderfully universal and powerfully individual, allowing us to find new meaning with each play through.

“In some ways, social media has replaced actual experiences. You’re just watching other people experience things, and then you feel you’re missing out. You should never compare your actual life to anyone’s social media life.

“The voyeurist idea is that you are not you. If you look at a picture of yourself from 15 years ago, that is not the person you are now. Whether it be physically, emotionally, mentally. As a band, we look at footage from 20 years ago and, in a lot of ways, we’re not the same group of people. But that’s not a bad thing, I think that should be celebrated.”

Despite the album’s cautionary messaging, Dudley maintains a positive outlook towards social media. He shares a story about a time he reached out to one of his favourite sound designers for some advice through a Twitter DM and the two had a “five-minute nerd exchange.”

“I just really like communicating with people, and I love the exchange of information,” he says excitedly. “The idea that a kid in their bedroom can reach out to me for advice on music-making, and I can write back or send them a voice memo is amazing. If I had that when I was 12 or 13 and listening to my favourite bands, that would have been mind-blowing.”

The voyeurist theme prevails throughout our interview in subtle ways. Demonstrating the importance of living in the moment rather than online, Dudley tells me about his life as a family man during a pandemic.

“I’m married, I’ve got three kids. It was different being home, but I was super thankful for the time,” he shares with a smile. “My daughters are older, they have a firm grasp on what I do. But my son is five, so he doesn’t remember me going on tour. As far as he’s concerned, I play music with the other daddies at the barbecue!”

Not being on the road also allowed Dudley to further his film scoring career. Working in the film industry is a long-term goal of his, and he’s already paving the way to success with scores for horror flick Bad Candy (starring Slipknot’s Corey Taylor) and Tribeca Film Festival drama God’s Waiting Room. He cites Danny Boyle’s sci-fi thriller Sunshine as his “Eureka!” moment, leaving the movie theatre with a need to compose for a living.

“It’s also a completely different skill set because instead of writing what I’m feeling that day, I have to write something that perfectly matches a scene. Orchestral writing is a whole other beast. On a keyboard, I can hit a note, then jump to another note by four octaves. But if you’re playing a violin for example, that might not be physically possible.”

It’s clear that Dudley and his bandmates possess an impressive spectrum of creativity, made evident through Voyeurist’s tracklist. Between heavy-hitters like Cycle, featuring industrial rapper Ghostemane, and Take a Breath, which is destined to be on future setlists, there’s the slower, dreamy interlude of (No Oasis) and the synth-infused distortion of Pneumonia, the record’s seven-minute closing track. Even with the musical twists and turns, the album feels like a cohesive package.

Dudley himself recognizes that Underoath have something memorable on their hands.

“When we were in the studio, maybe halfway through the process, I had this feeling that I haven’t had since [2006 album] Define the Great Line. I love all of our records, and I have loved them from the time we were working on them, but I feel like this is something special. It’s not just a bunch of really good songs.”

The inevitable next step is to share these tracks with a live audience. Scheduled to cross the United States this February with Every Time I Die and Spiritbox, the band has started compiling setlists and planning production elements that promise a high-energy spectacle. What will be notable is the age range within the crowd. Underoath listeners (Dudley is loath to use the term “fans” because “fanatic” seems too crazed) are a varied bunch, some only just familiarizing themselves with the discography and others who have followed throughout the decades. Regardless of the demographic, the band is just immensely grateful to continue to share new Underoath chapters.

“A friend of mine brought her little brother to a show back in 2003, and I saw him right before the pandemic, now a grown man. The fact that we’re able to do this for that long and people are sticking with us is so awesome. I’m super thankful for it.”

Over a decade later, Canadian hardcore heroes still have a lot to say.