Alex Lifeson has a new project… and no, they don’t sound anything like Rush. 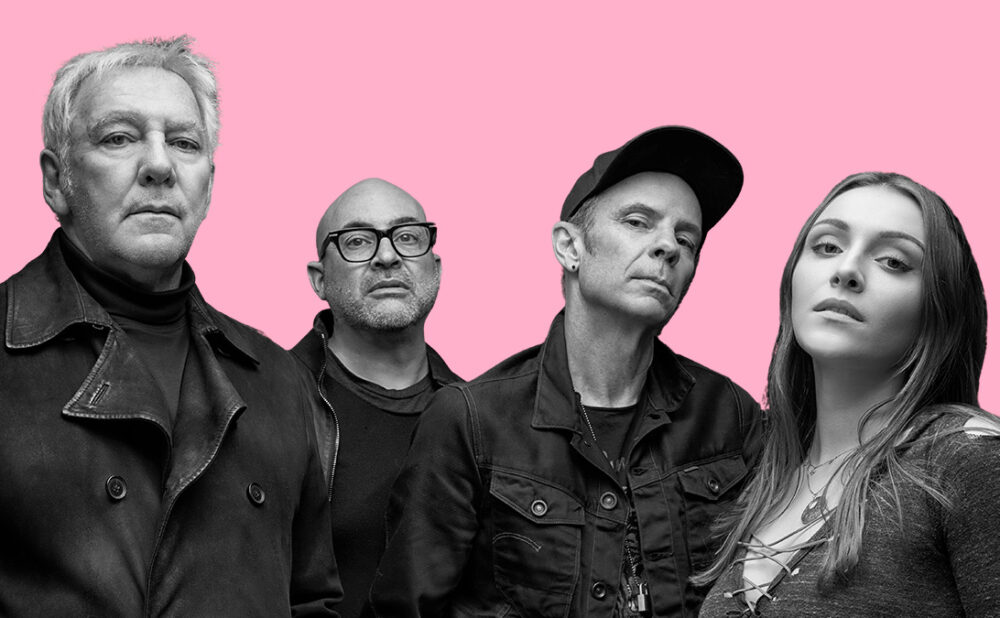 Envy Of None is (from left): Alex Lifeson, Alfio Annibalini, Andy Curran and Maiah Wynne. Photo by Richard Sibbald 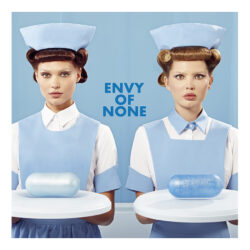 As one of the most successful and acclaimed rock guitarists in history, Alex Lifeson has nothing to prove — but he can’t stop making music.

When Lifeson’s friend and fellow Rush band member, legendary drummer Neil Peart, died in January 2020 after a years-long illness, Lifeson was heartbroken and adrift; but, eventually, he rediscovered his love of making and playing music. Working with some old friends and a new colleague, a nascent project that had been simmering for years was suddenly moved to the front burner, and a fresh and formidable new sound was born with the resulting excellent new album Envy of None — “a project not a band” — released this month.

“It was really difficult, particularly that last year after Neil passed,” says Lifeson, an impressive wall of guitars forming the backdrop on our Zoom call. “I just didn’t feel like playing. I didn’t feel like listening to music or anything, and it really bothered me because I’ve been doing this since I was 12 years old. It’s so much a part of who I am as a person.”

But Lifeson started to hear something in a project he had been working on for years, casually, with pal Andy Curran of Coney Hatch. Curran was impressed by a young woman from Montana, 25-year-old Maiah Wynne, whom he spotted when he was judging a talent contest. When she had the nerve to suggest she work with him, Curran liked the bravado — and what he heard. She was invited into what would become Envy of None, and a heated process of exchanging sound files begun.

“Though it started five years ago, it wasn’t until this last year that we really started ramping up. And through this process, I just realized this is who I am; this is what I love. I love playing, I love writing music.

“I came to recognize that I had a hole in my soul — the loss of Neil, the loss of this important part of my life that was central for 40 years. Then this project reinforced what I’m all about in terms of music and what music means to me.

“I just felt there was so much great stuff she was doing and that I could get inspired by,” says Lifeson of the files Wynne was sending him, with both her singing and songwriting impressing him.

“I started writing around her vocals in a more camouflaged way for the guitar. I wanted my guitar parts to be less traditional guitar parts and more interesting tones and colouring and atmospherics, and that’s the real fun for me and the real joy: to write those kind of guitar parts that don’t sound anything like the guitar.

“I wasn’t the guitarist, I was just one of four on this project, and my job was to make everything sound richer, more interesting and more mysterious. That was the challenge, and that’s what drove me and made me happy every day that I spent there.”

The result is anthemic: A sprawling sometimes dark musical landscape with Lifeson’s guitar providing slashes of sunlight and washes of colour, all laced together with Wynn’s ethereal vocals.

Contemplating his reinvigorated approach, Lifeson says, “Maybe it’s because my attitude had changed, maybe because I thought I was just some old fart that was over it and I became this old fart that wasn’t quite over it.

While excited about the new music, Lifeson doesn’t crave returning to the road. “After 40 years of touring, I’m not keen to go on the road,” says Lifeson although he admits that at the end of the last Rush tour, he and Geddy Lee dreamed of one more shot.

“I think both Geddy and I felt quite unsettled because we felt like we still had lots of gas in the tank, and we could still do more tours and play more shows. We were so excited about the last tour and how we developed the show and were playing really well.

“At the end of the day, it’s great that we went out on a high note, and that’s our legacy rather than being remembered sitting on a chair on a stage singing. Not that I’m taking a dig at anybody that does — all more power to you — but that’s not the way I want to be remembered. I’d rather be remembered as still being vital and playing full out and performing full out.”