Schwey is a band with a mission: as an impossibly smooth soul-funk outfit that cut their teeth in Vancouver’s DIY punk scene, its members built their reputation on their inimitable talent for getting people to fucking dance. 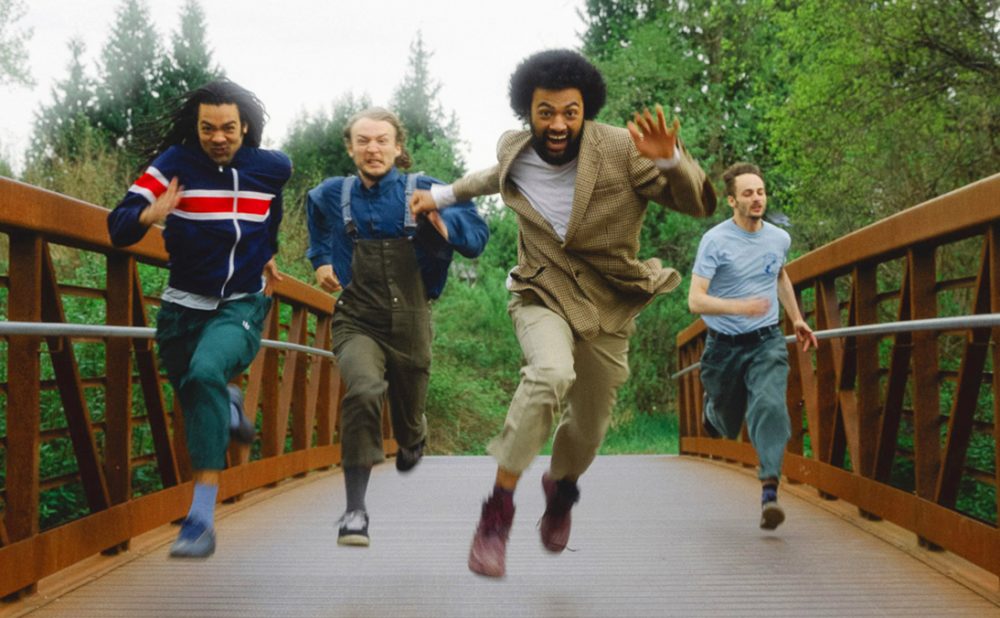 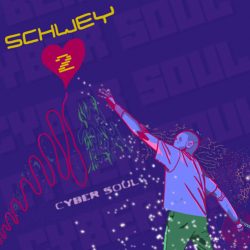 Schwey is a band with a mission: as an impossibly smooth soul-funk outfit that cut their teeth in Vancouver’s DIY punk scene, its members built their reputation on their inimitable talent for getting people to fucking dance.

Their awesome debut EP, Schwey, featured songs the band had started performing as high-schoolers at all-ages house shows, and its infectious, effortlessly summery sound catapulted Schwey into the league of local legends.

Even through a computer screen, their energy is infectious; they break into song several times throughout our interview, riffing off each other both figuratively and literally. I understand immediately how and why they’ve been crowned the de-facto kings of Vancouver’s indie underground. So here are four questions with Schwey, but trust me, they’re right—you can’t quite get it until you see it live.

You are known for your live shows. Has it been tough, the idea of releasing music in the pandemic?

Yeah, totally. We were looking through our entire Instagram recently, right from the start, and it was interesting to watch our story build. Every one of our posts is just like, “show, this weekend!,” “show, next weekend!”, “show tomorrow!” Every post was either about a show or a video of us jamming. And now it’s, like, oh, quarantine time. That was our entire identity, you just don’t get it unless you see it live.

The thing that’s really different about this album is that we never performed any of these songs live. It was conceived in the studio. For our last album, we’d been playing those songs live for five-plus years. They’d been peer-reviewed. But none of these songs have been tested like that.

Describe one of your shows.

Four boys walk on stage. They set up—wait, there’s smoke in the air. The lights are dark and blue. Nobody says a word. Someone might try to tell a joke, and doesn’t finish it, and then the SONG STARTS. And then next thing you know, we’re playing music for 50 minutes straight. We just sing. Schwey! (They briefly break into impromptu song and for a fleeting second, it’s like I’m at one of their shows—I get the hype).

And then everyone’s dancing by the first 30 seconds. We call it a good show if everybody’s dancing. We consider ourselves acoustic EDM.

What are your inspirations, vibe-wise? You know how to curate a vibe.

We’re so inspired by nature. It’s a perfect representation of art. Every time I see something that sticks out as being one of the most beautiful things I’ve ever witnessed, it’s always something to do with nature. Like, looking at a viewpoint, super high up on a mountain. Instantly, when I make a song and try to think of the feeling the song brings me, it usually comes back to something that happens in nature. And our upcoming album is about nature-world and the cyber-world coming together. It’s a solar-punk album. Or solar-soul. Cyber-solar-soul.

Anything else you desperately want to put in print? Any revolutionary messages?

Go solar! Keep your eyes on your peripherals! Focus on nature! We can build a better future together! Don’t lose your empathy. Hmm … it’s hard for people to fight a decentralized organism. Grow your own food. Localize! Grow mustard! It’s delicious. Seriously, grow mustard.