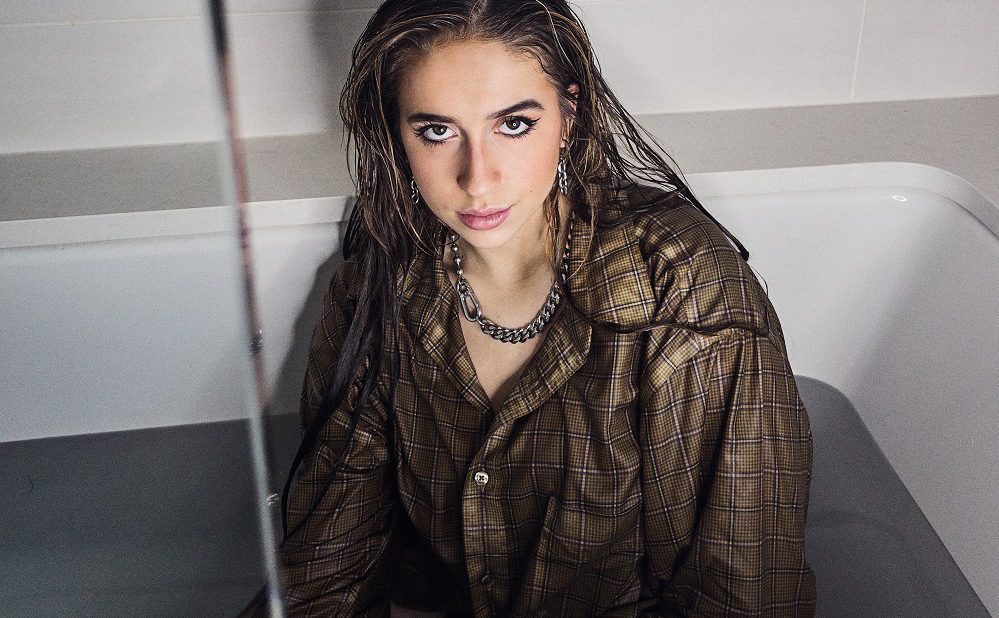 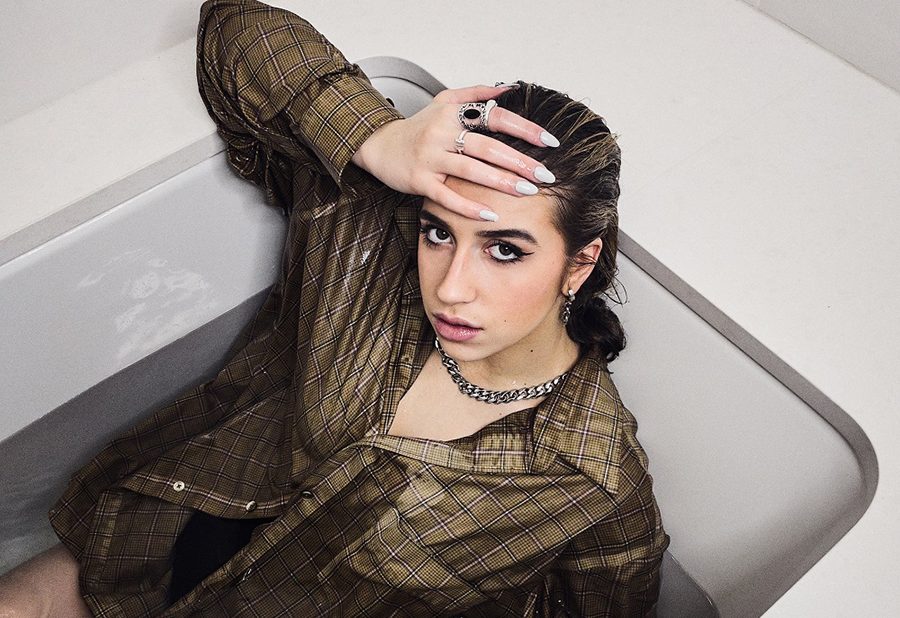 At 13, she placed third on the hit American TV series So You Think You Can Dance: The Next Generation and was regularly uploading dance videos to her YouTube channel.

When she hit a choreography rut, she began to post original songs each week instead. It wasn’t long before she locked down a record deal with RCA Records and began living out her next life as a majorly successful musician.

Fuelled by influences like Post Malone and Iann Dior, her bread and butter are moody alt-pop bops that lend themselves to the replay button. It’s been hit over 635 million times on her breakout single, you broke me first, alone.

Beginning in her childhood Alberta bedroom—and still there, thanks to COVID— she’s gone on to rock the MTV Europe Music Awards, place on the Forbes 30 Under 30 list and impress both Jimmys on their late-night sets. All this, and she managed to graduate high school in December.

We spoke with McRae on the eve of the release of her second EP, too young to be sad.

You graduated high school in December, but instead of grad pics, your image is splashed on billboards across North America. What does it feel like to hit both milestones at once?

It feels crazy. I said to my mom, I need to at least buy a grad hat so we can take one picture. Seeing the billboards in six cities, it was pretty surreal. You just don’t even picture something like that until you see it, and it doesn’t even feel like real life.

My friends are a huge part of it. They make everything feel like home. Our big thing is the view of Calgary—we’ll literally just drive around the Crescent Heights viewpoint and scream our favourite songs. We’re a passionate group of friends— super passionate with our singing in the car.

And, obviously, Stampede. I was really looking forward to Stampede this year. I’ll finally be 18. The cowboy outfits are the best part. I’d love to wear a cowboy hat.

You’ve mentioned that you’re mega-addicted to cooking shows. Which are your favourites?

Sugar Rush, MasterChef and Chopped. I dig all of them. I get so invested, but, I always picture myself in that situation and I can never think of something on the spot. It just gives me a lot of anxiety.

Do you have any mentors who have changed your life?

My parents. They definitely have been my biggest supporters. Then there’s producer Blake Harnage. I swear he’s made me change my whole perspective on how I look at music.”