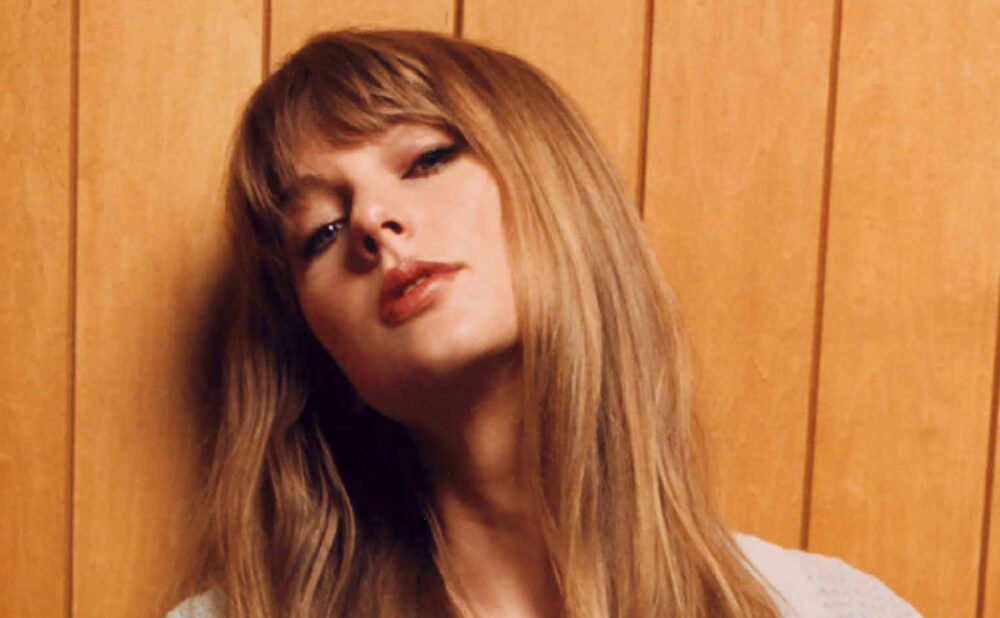 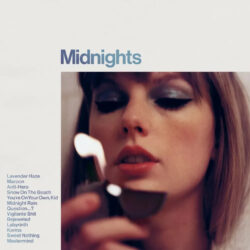 Sound: Layered, distorted vocals ruminate over synth-pop production
If you like: Lorde, Bleachers, Lana Del Rey
Why you should listen: In Midnights, Taylor Swift takes a look back at sleepless nights throughout her life — and draws inspiration from past musical moments, as well. The record expands on the sounds developed on Lover, Reputation, and folklore, injecting new emotions into old memories and taking us on a tour through Swift’s darkest thoughts.
Best track: You’re On Your Own, Kid

In Taylor Swift’s intimate Miss Americana documentary, the world’s biggest pop star revealed, for the first time, the guiding principle that’s defined her life in the spotlight. “My entire moral code is a need to be thought of as good,” she admits, providing context for many of her greatest controversies — from her longtime political neutrality to the accusations of inauthenticity that dogged her for years. For decades, Swift has been singularly motivated by a desire to be perceived as one of the good girls, and it’s torn her apart.

Her new album, Midnights, is perhaps her most notable rebellion against the pressures that have controlled her life. In the synth-y, brooding album dedicated to 13 sleepless nights throughout her career, Swift pens a story of her life that paints her as villain, victim and victor in equal measure. The wide-eyed, small-town girl looking for a fairytale ending hasn’t been stricken from the record completely, but now she’s just one part of the puzzle that is Taylor Swift; in Midnights, her perfect persona is joined by a neurotic loner, a cheater, a scheming control freak, a vengeful femme fatale, a self-hating masochist and a woman mourning the girl she used to be.

She writes about her struggles with disordered eating for the first time, with realism and sorrow that feel like a knife to the heart (“I hosted parties and starved my body / Like I’d be saved by the perfect kiss”); she also delves into self-hatred, childhood trauma and her desire for control. Swift has gestured at these aspects of herself before, but they’ve never been as unfiltered or explicit as they are in Midnights — it’s refreshing and genuinely impressive for an artist who’s spent most of her life chasing moral and ideological perfection.

Swift’s vulnerability is interrupted only by an uncharacteristic intellectualization of her own emotions. For all its raw and bone-chilling moments, the album is rife with clinical self-awareness that often makes it sound — for better or worse — like a transcribed therapy session. “Nobody wanted to play with me as a little kid / So I’ve been scheming like a criminal ever since / To make them love me,” writes Swift on Mastermind, analyzing her desire for control. In another track, she writes, “When my depression works the graveyard shift / All the friends I’ve ghosted stand there in the room.” In Snow on the Beach — a frankly underwhelming use of Lana Del Rey’s heavily-anticipated voice and pen — she sings that “Life is emotionally abusive.”

This of-the-moment therapy-speak is a classic example of telling, not showing, and it’s a stylistic departure for Swift that gets in the way of what her songwriting has always done best: getting us to feel her emotions right along with her. Her music has always excelled at unleashing a tsunami wave of feeling, sweeping every listener in its path up into a whirlpool of tragedy, fury and all-encompassing infatuation. But rather than evoking those emotions, some of the lines in Midnights just tell us, in literal terms, that she’s feeling them. It creates a kind of disconnect that’s a microcosm of the album’s missteps: for the first time ever, Swift is having trouble connecting with her audience. For an album that takes us through some of the most fraught moments of Swift’s life, the songs don’t reliably reach the visceral highs and lows that she’s brought us to in the past.

However, this just makes the album’s highlights all the more unforgettable. You’re On Your Own, Kid is a soft, nostalgic masterpiece that highlights some of her most honest songwriting yet, with cinematic production that drives every word straight into your bones.

The bonus track Would’ve, Could’ve, Should’ve, a song about Swift’s relationship with the much-older John Mayer, is a remarkable moment — a raw, screaming triumph of a track that rivals Dear John, her first and most iconic song about Mayer. In the track’s closing bridge, she sings “I regret you all the time” again and again; it’s a gut punch of a lyric, as evocative and emotional as she’s ever been. When she sings “Give me back my girlhood / It was mine first,” it’s impossible to listen to the shaking rage in her voice without full-body chills. It makes me wonder why the song was relegated to a bonus slot — Swift has said she felt it didn’t fit into the Midnights concept, but it’s undeniably a standout on the album, if not one of her best songs yet.

Paris, another bonus track, is a delightfully glittery track that feels like a spiritual successor to New Romantics, a cult favourite with a similarly wry, winking attitude.

In fact, many tracks on Midnights read like expansions of ones she’s written before. Usually, she moves forward, crafting a brand-new persona with every new release. Here, she looks back, refining and expanding on sounds she crafted in 1989, Lover, folklore and Reputation. These songs were reportedly written over several years, so what might feel like regression is perhaps more like a time capsule — but despite the album’s undeniable successes, the months-long buildup and excessive world-building may have prepared her audience for something other than what they got. At their best, the tracks here are perfected versions of the themes she’s toyed with in the past; at their worst, they border on bland, void of conviction or originality. With tight production, impressive honesty and no real lulls in the lineup, Midnights is an album that would have been a formidable addition to any pop artist’s catalogue; it’s unfortunate that when added to Swift’s musical canon, the artist known for relentless self-reinvention falls slightly short of her own inimitable hype machine.

When judged on its own, though, the album’s strengths shine through. The synth-y, ’80s-inflected production is an adventurous move that feels fresh and fun, and the songwriting style that dominates the album is conversational and wordy in a way that always works: it feels intimate, real and clever, never jumbled or awkward.

Most importantly, it represents a philosophical step forward for Swift that’s far from tired — a departure from the need to be seen as infallibly good, and a step into real complexity and impurity that’s more interesting than almost anything she’s done before.