Jinkx and DeLa’s hilarious holiday tour ends with a bang in B.C. 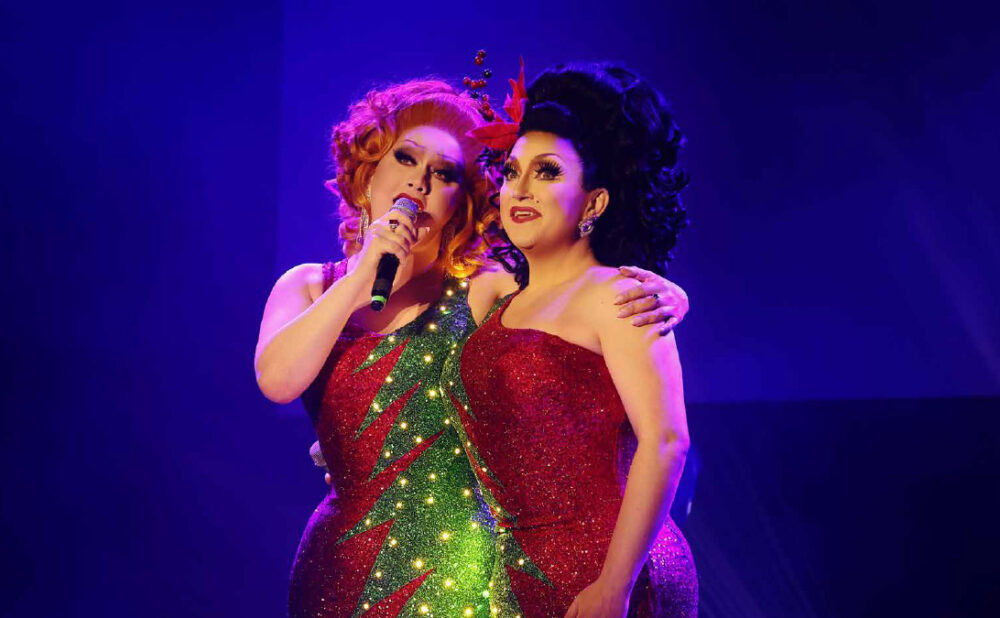 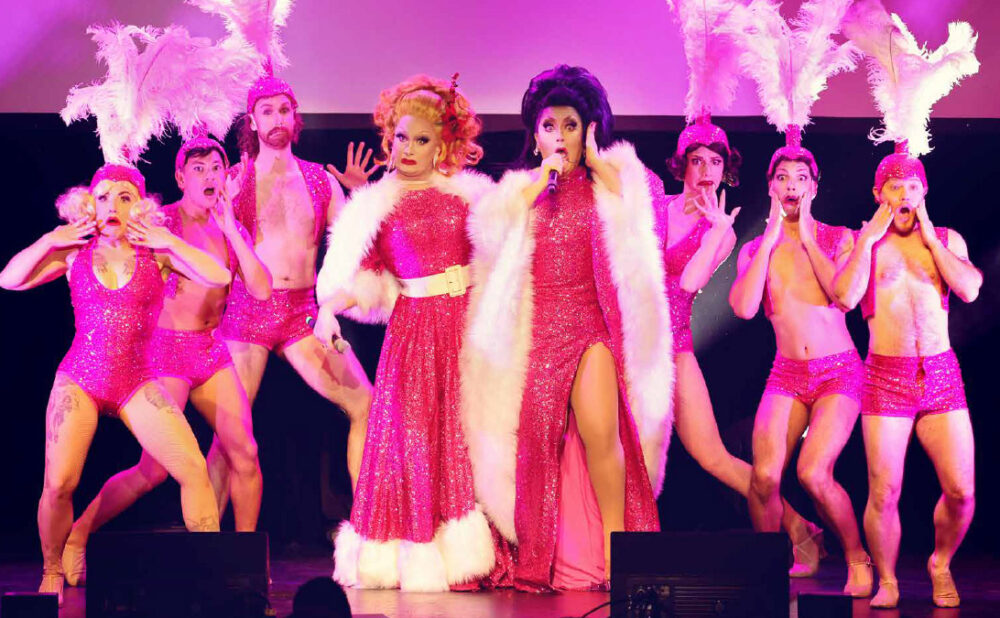 Who: Jinkx Monsoon and BenDeLaCreme
Where: The Vogue Theatre, Vancouver
When: Fri., Dec. 30, 2022
Vibe: Holiday-inspired, musical drag
Highlight: Being serenaded by Jinkx

On the night of the show, red and green lights shine against the maroon and gold wallpaper of the venue while holiday classics blare through the loudspeakers. An all-ages crowd packs the venue floor lined with foldable theatre seats, eager to see the tour that hadn’t run in 2020 or 2021 due to the pandemic.

About an hour after doors open, the queens take the stage in stunning sequin and ostrich-feather gowns, singing and dancing among “snowmen” in white spandex suits. The room’s energy skyrockets, and each song is met with laughter and thunderous applause.

The show has a solid overarching narrative: the duo go back in time to try and create a perfect Christmas for the future. They stop in each decade from the ’60s to the present, making satirical quips and silly references along the way. Wacky antics ensue, musical numbers unfold and costumes change at the breakneck speed typical of drag.

It feels more like watching a play written by a pair of comedians and songwriters than a typical drag show. Every composition is original, at least lyrically, allowing Jinkx’s misanthropic, dry wit and DeLa’s bubbly optimism to dazzle.

While DeLa calls to “get in the spirit,” Jinkx retorts, “I would love to get into some spirits!” Despite DeLa’s constant attempts to get Jinkx to brighten up, she concludes that “Christmas is a cult,” and she refuses to resubscribe, then reiterates her pagan faith. The closing number accepts the holiday for its flaws but with a shrug, saying, “Everyone is traumatized by Christmas!”

As performers, the two of them complement each other wonderfully, and their bond is nearly palpable. They have been doing the show together for four years and share a long and storied friendship.

The star on top of the tree is enjoying Jinkx’s remarkable vocal and theatrical talents in action. The two-time Drag Race winner’s voice is spectacular, and her jazzy croon perfectly fits the cozy wintertime vibe of the event.

Afterwards, a short meet-and-greet allows fans to say hello and take a photo with Jinkx and DeLa, who wear gorgeous shimmery ensembles for the occasion.

The dynamic drag duo’s spectacular proves a heartwarming way to end the holiday season and celebrate the conclusion of the duo’s remarkable tour. 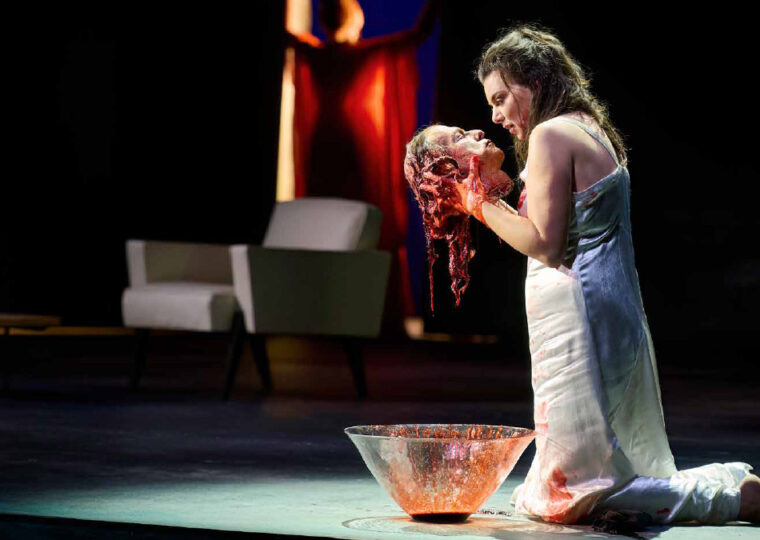 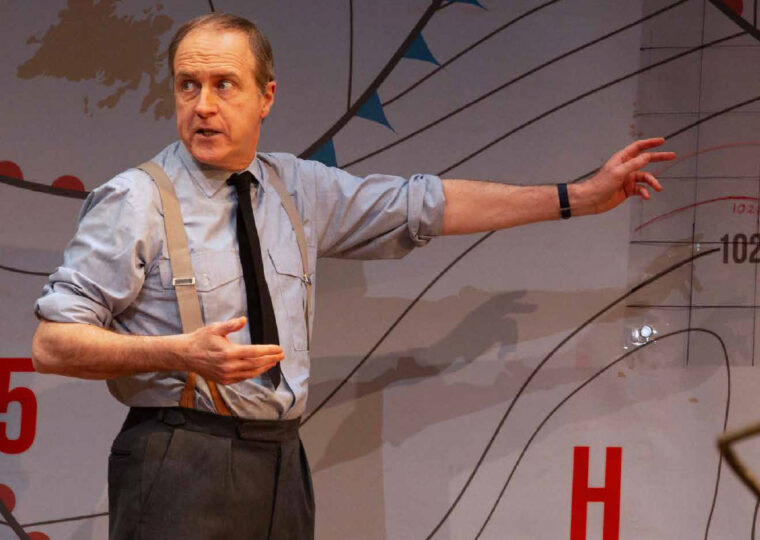 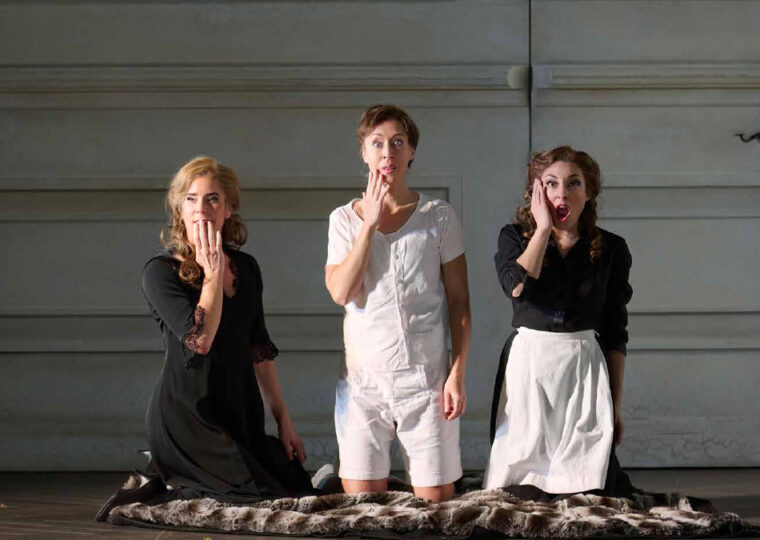 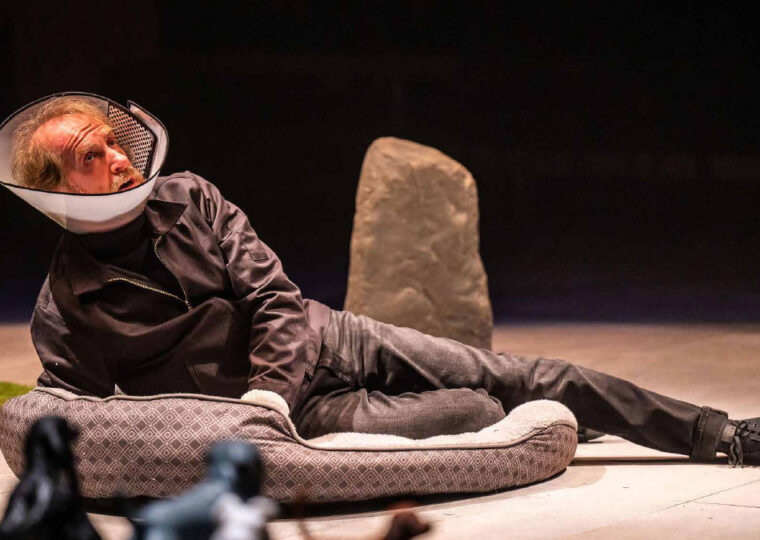