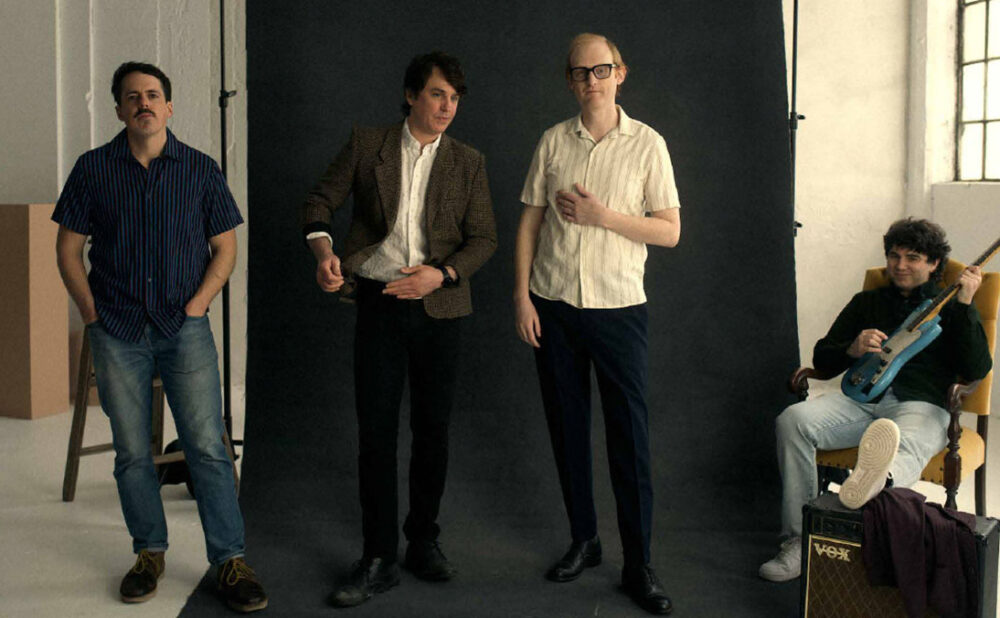 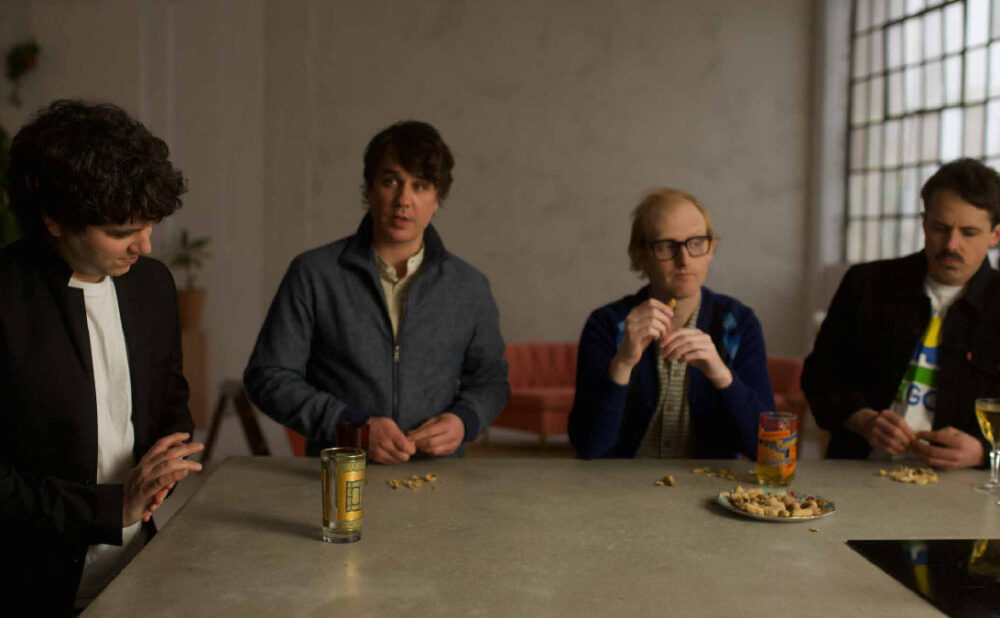 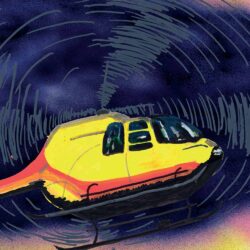 Sound: Rolling synth lines, dreamy distortion and atmospheric vocals
If you like: Best Coast, Ducks Ltd, 2nd Grade
Why you should listen: Prince Edward Island-raised, world-travelled and now Toronto-based, this indie rock four-piece return with their vibey third album. It’s the ideal soundtrack for your next late night downtown commute; a jam session with a touch of wistfulness.
Best track: Night Vision

Kiwi Jr. is ready for a change. The indie-rock, east coast transplants have been busy these last few years, setting a steady pace of record releases. Chopper is their third release in three years and, after making a name for themselves as a guitar rock band, they’ve returned with something a little more melancholic. With song titles like Night Vision and Clerical Sleep, the group wanted to emanate “night-time vibes,” a sound to complement their earlier upbeat work. That’s not to suggest Chopper will put you to sleep — it’s filled with wavy synths and catchy riffs.

Singer and guitarist Jeremy Gaudet calls me from his Toronto home to chat about Chopper’s inception. Written and recorded in the city, the band entered the creative process with a refreshingly blank canvas. Gaudet shares how a head wound can change your writing process, how movie visuals can impact sound and how excited they are to play on stage again.

We first started talking about making the third record in the summer of 2021. With our last record, Cooler Returns, we had a handful of songs already written going into the pandemic. This time, we had no demos, no old unreleased songs. We had a clean slate, which I think is rare for a lot of bands. It was super refreshing and exciting because it was the first time we got to think about building a whole album rather than piecing together existing bits of music. We were able to compile 10 tracks over the course of six months. We also hadn’t played a single note of this album live before going into the studio, which was new for us.

We knew early on that we wanted to make a record that you could listen to at night. On our last few records, people said we had a fun Beach Boys vibe, which was super great. But we wanted to try the other side of the coin — something a little more vibey, a little darker. We want this record to be your soundtrack when you take a streetcar ride home from downtown Toronto at 1 am.

When we were recording, our producer showed up on the second day, bleeding from his head. He had an accident on the way to the studio; thankfully, he was okay. But that changed our whole plan for the day. He said, “Let’s forget what we were working on yesterday and go to a music store and rent some really cool gear.” A quick decision like that can change the vibe of the record.

I wrote most of the songs on keyboard as opposed to guitar. That wasn’t a conscious choice; that was simply because I moved between making records and my setup at home was easier to record on a keyboard!

People often ask what were you listening to while writing or who were your influences, but I don’t think that really matters. I think writing is like a series of forks in the road and you just have to keep following these forks and make decisions until you come to a complete record. When writing, you can go in with 10 ideas but that might make up a very small part of the final record.

When we were making the record, the band had a Spotify playlist with influences and inspirations. Before we even had the name Chopper, we knew we wanted a helicopter at night as the cover art. We talked about Michael Mann movies, like Heat and Collateral because they have great night-time scenes. So, we made a Spotify playlist that was the Michael Mann version of Kiwi Jr. There were a few hundred songs that were all over the place stylistically but had the overall vibe we were going for. At the end of the day, I don’t think anything we did ended up sounding like songs on that playlist! It was more of a motivator really.

This is the first time we had a mood board or visuals in mind going into the writing process. We had song titles before we had the songs themselves. It was just a fun, different way of making a record for us.

We opened for The Hold Steady earlier this year and played a few dates in the U.S., but we also just played our first headline show in Toronto at the Horseshoe Tavern since January 2020. It was one our friends could come out to and we had a lot of fun. I thought it went great!

We’re really excited for our European tour later this year. We’ve played the U.K. before but never the rest of Europe. I hope we get to do a little exploring; I don’t know yet.

We played Chicago recently, and I was on the sidewalk outside the venue for maybe 30 seconds, that was my whole Chicago experience. So, I hope to see a little more than that!