METZ and Preoccupations: Why You Need a Punk Show 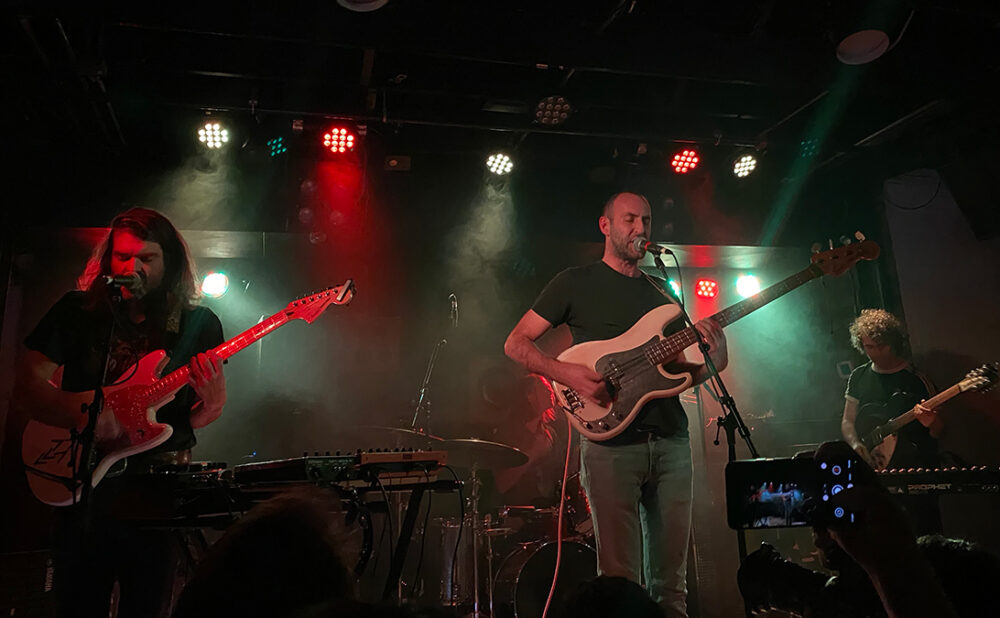 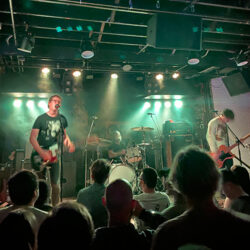 METZ and Preoccupations Live at Commonwealth in Calgary

Who: METZ and Preoccupations
Where: Commonwealth, Calgary
When: Sat., Nov. 27
Vibe: Everyone from baby-faced high-schoolers to grey-bearded Harley Davidson-riders pack the venue to enjoy some delightfully face-melting noise.
Highlight: Bombastic drum solos that shift the BPM of the room.
Next: Sat., Dec. 4, Toronto (Preoccupations only), Fri., Dec. 17 & Sat., Dec. 18, Toronto (METZ only).

At risk of being exposed as a fraud, I’m going to be fully transparent here: Until this past weekend, I had never been to a punk show before. I know — I’m a music writer, but everybody has their niche and this isn’t mine.

So it was quite the spiritual awakening when I attended the METZ and Preoccupations show at Commonwealth this weekend.

As I’m walking in and struggling through the massive crowd to grab a beer, I notice a lot of people wearing earplugs. Do they know something I don’t?

Five minutes later and right at the front, I realize yes, they most certainly do. I’m hit by an obliterative sonic wall, coursing through every cell of my being. The surging tidal wave of noise is comprised of frantic electric guitars, cracking drums and METZ lead singer Alex Edkins’ throaty screams.

In writing, it sounds chaotic; but in person, it’s cathartic. Kind of like the feeling of release after screaming into a pillow. The music might sometimes sound like an exorcism — but it kind of is. If there’s any stress or inner demons you need to shake off, just run to your nearest punk show. Think of it like a cleansing sound bath. 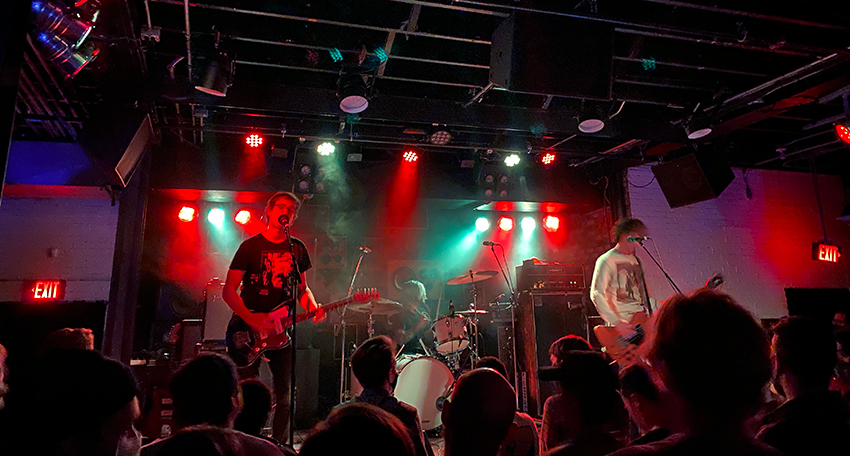 Toronto’s METZ sweatily head-bang through their thunderous set; it’s a strikingly visceral experience. Every single musician on stage is super physical with their performance, whether it’s thrashing with Pete Wentz revival hair, back bending as they hit the high notes or almost dislocating a shoulder when throwing an arm down on the electric guitar. As a listener, you can feel the vibration of every instrument moving through your body. As the room heats up, I take a sip of my beer — its glass neck is pulsating with the bass.

Next up is Calgarian outfit Preoccupations, and they tear the roof off the place in this homecoming show. Just three songs in, drummer Mike Wallace has already taken his shirt off, and I’m beginning to wonder who cuts his hair … his blonde chin-length bob is just so perfectly straight.

The audience is enraptured; there’s no moshing, just everybody with two feet firmly planted, watching intently, some swinging their heads. It’s hard not to: lead guitarist Danny Christiansen is bouncing around like a hot water molecule, multi-instrumentalist Scott Munro is fiddling with knobs and giving a tambourine performance for the ages, and lead singer and bassist Matt Flegel is growling so aggressively into the mic it seems like he might devour it. When Wallace launches into a seismic drum solo, he changes the BPM of the entire room. This band’s got the crowd on a string.

When it is all said and done, I emerge from Commonwealth into the cold November air — my mind empty, my body Zen. This, I realize, is the power of punk.