MixTape is a winner. 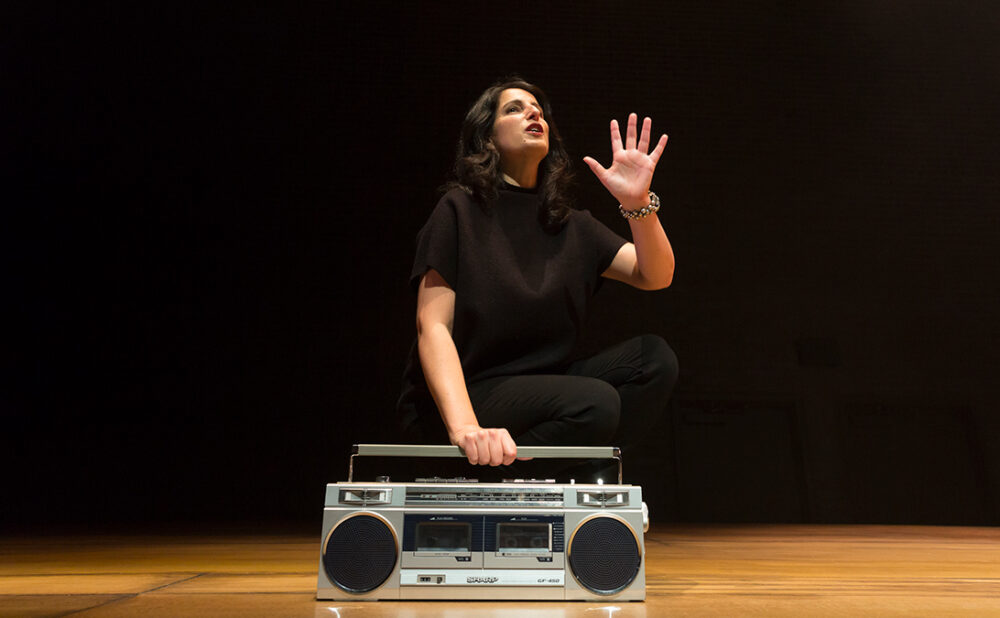 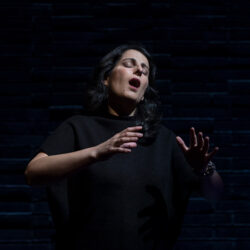 What: MixTape
Where: Crow’s Theatre, Toronto
When: Fri., Nov. 12
Vibe: A crowd that spans generations — those who made their own mixtapes and those who have only seen a cassette in passing — all equally thrilled to return to live theatre.
Highlight: Asking the audience to yell out some of their favourite mixtape songs — we love a good power ballad!

“Thank you for supporting the live arts,” is a sentiment met with warm applause at the east end’s Crow’s Theatre for the opening night of MixTape. The house is packed for the one-woman show performed by multidisciplinary artist Zorana Sadiq, and guests chatter excitedly as they trickle in from the bar to the sound of welcoming announcements.

I’m expecting the lights to cut to black before Sadiq walks on stage, but she marches to the centre and perches on a large wooden chair — the only prop in sight — fully lit up. The hum of the live audience blends together with the pre-recorded soundbites of distant chatter and we silence ourselves as Sadiq opens her mouth to speak. Rather than form words, she makes sounds. Unusual sounds that, on their own, seem bizarre but, when played together on a loop, create an impressive composition.

This is the first of many extraordinary musical moments in the 90-minute show. Part memoir, part scientific query and part conversation with the audience, MixTape exposes us to different stages of Sadiq’s life through sounds and songs. It’s a deeply personal tale that includes elementary school plays, college recitals and family arguments. Sadiq’s classically trained voice expertly switches throughout the show, from Neil Diamond to opera. When she’s not singing, Sadiq commands the room with her colourful storytelling and quick wit.

The story is interspersed with the presentation of a boombox, explorations of cassette tape mechanics and audience participation. At one point, we’re asked to close our eyes and listen to one of Sadiq’s favourite pieces of music. You don’t need an education in music theory to grasp the beauty of it all.