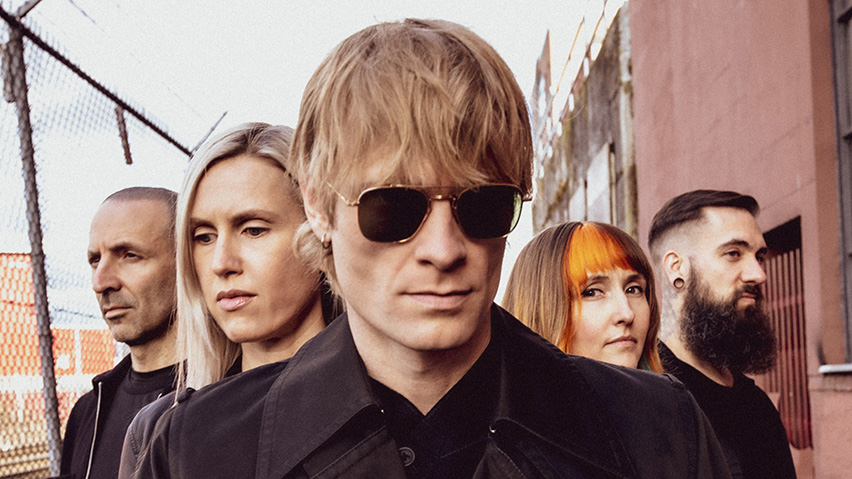 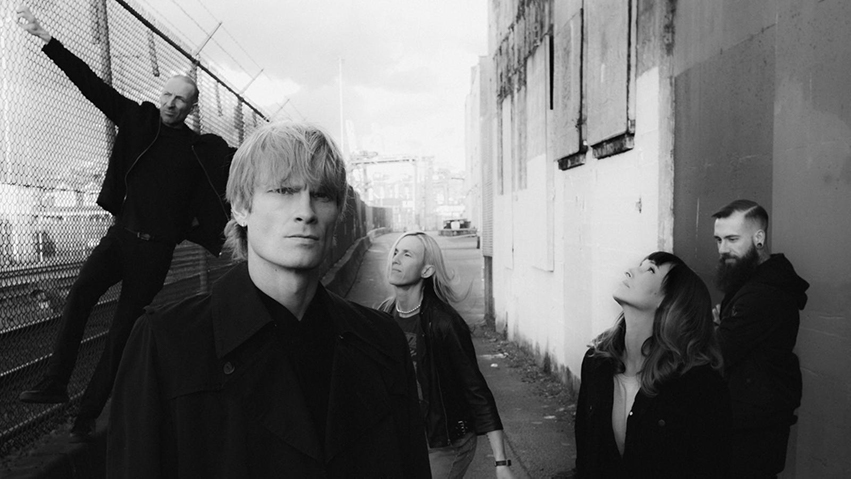 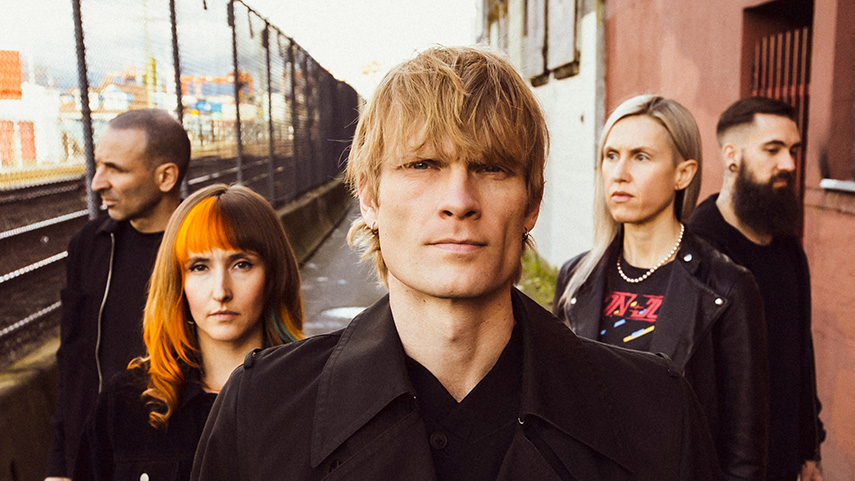 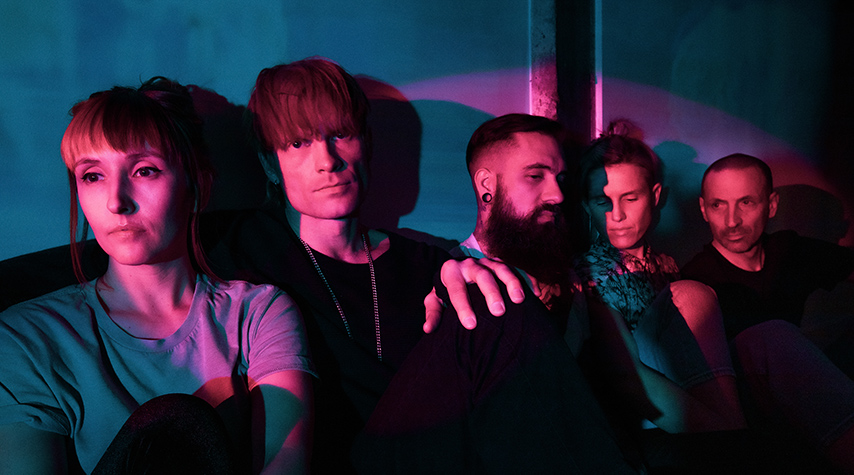 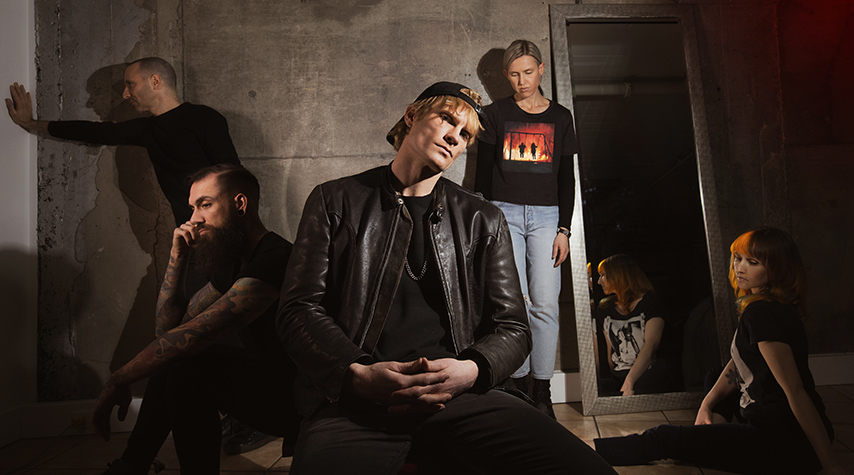 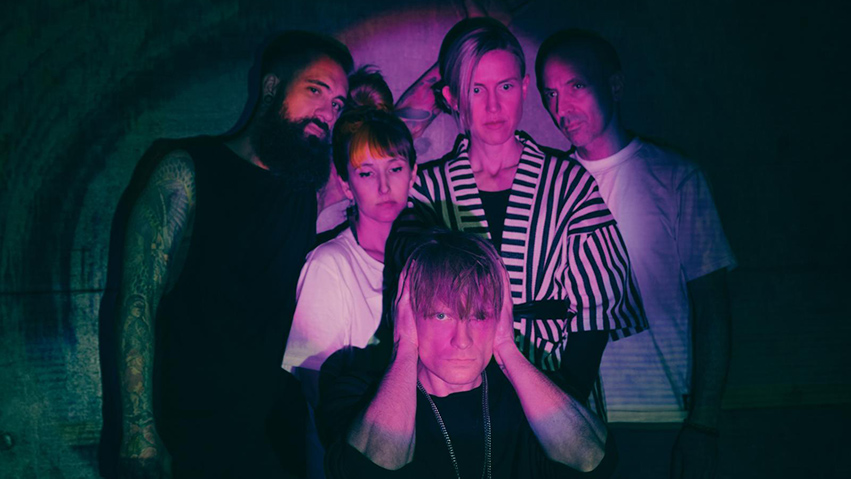 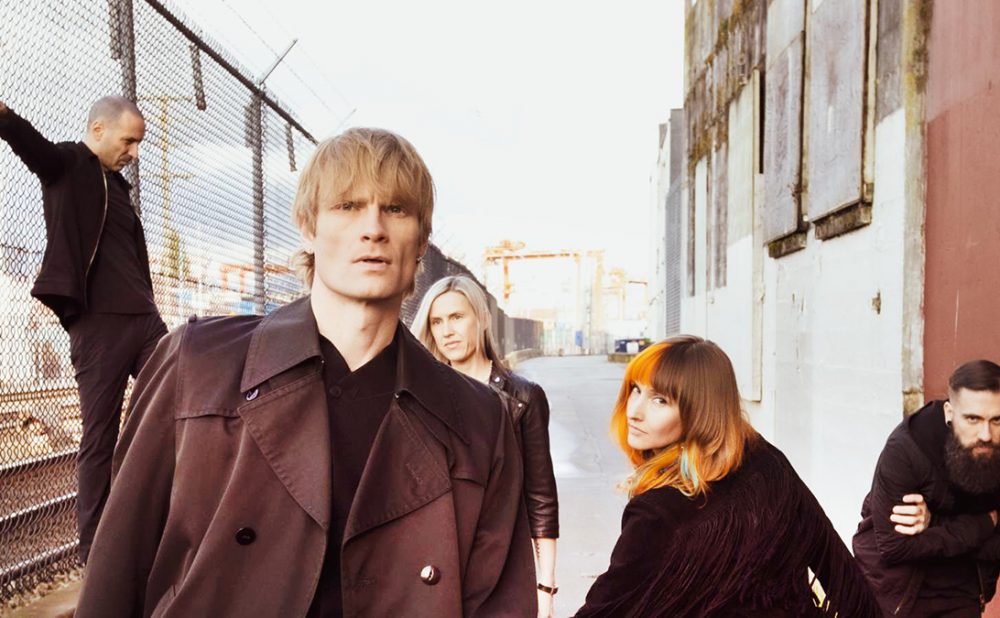 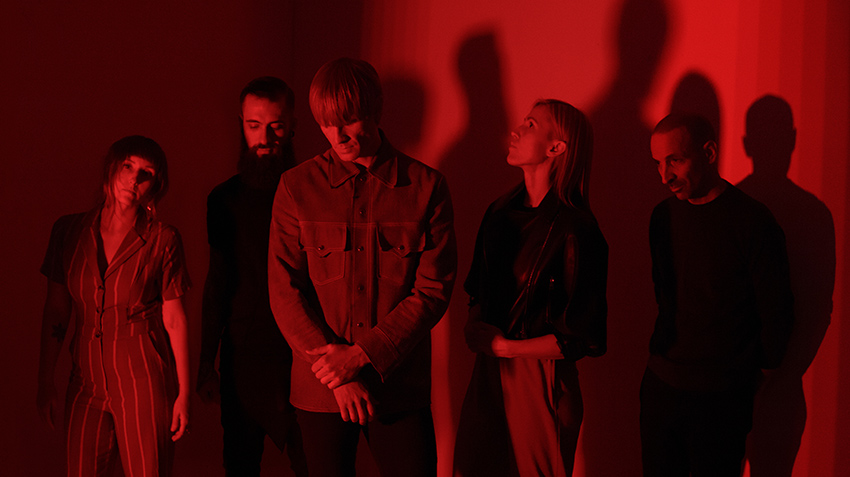 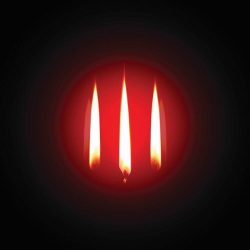 Sound: Eclectic, androgynous vocals scream over an extraterrestrial soundscape
If you like: Mitski, I Dont Know How But They Found Me, Roar
Why you should listen: Vancouver’s Mother Mother skyrocketed to fame this year thanks to their one-of-a-kind, surrealist sound. Their latest album lives up to their newfound fame: it’s cohesive, mature, and just a little bit strange.
Best track: Forgotten Souls

Fifteen years ago, in the year 2005, a group of kids going to art school in Vancouver started writing the soundtrack to a generation—it just wasn’t their generation.

The band was Mother Mother, and their independently released music was nothing short of extraterrestrial—they pioneered a soundscape where androgynous vocals wailed over shrieking guitar riffs, and lyrics deftly wove together themes of death, sex, love and decay.

They were writing anthems for the underground, and they were doing it like almost no one else in the world. There was only one caveat: the generation they were speaking to hadn’t been born yet.

Over the past year, during the pandemic, the songs from Mother Mother’s two first albums, Touch Up and O My Heart, have racked up tens of millions of streams. In November, the lyrics to their song Hayloft were the most-searched-for song lyrics in the United States and the second-most in the world. And—in a narrative that’s played out countless times over the past year—it wouldn’t have been possible without video-sharing platform TikTok, where the #mothermother hashtag boasts over half a billion views, and the number of videos made to their songs has entered the millions.

A viral clip or dance will skyrocket any song to the top of global charts, so to be the most relevant artist on the biggest stage in the world is a position so prestigious that billion-dollar labels continue to battle it out for just a few fleeting days on the trending page. Which is why it’s so goddamn fascinating that for the better part of 2020, the title was firmly held by a small, strange, delightfully freaky band from British Columbia.

When Mother Mother formed in 2005, lead singer Ryan Guldemond was going to jazz school and living with his sister, Molly.

“I’d wanted to be a session guitar player,” he explains, calling in from his home in Vancouver’s Railtown. “But somewhere along the way, I started writing little songs with lyrics, and it only made sense that I sang them.”

Neither one of the Guldemonds were trained singers, but Molly’s “extraterrestrial speaking voice” lent itself naturally to Mother Mother’s erratic, madcap musical style. The new band went from open mics to gigs to festival slots to a record deal in just a year—“It was almost like the universe was really looking out for us,” Guldemond said.

They started touring, released a couple albums in quick succession, and spent the next 15 years building a relatively small but fiercely loyal fanbase of oddballs, weirdos and outcasts. This time last year, they started writing their just released latest studio album, Inside.

Their music was androgynous in ethos, shamelessly loud, rife with screaming guitar riffs and bursts of neon instrumentation; labels were confused by the band’s genre-bending sound, and their music was often just a little too weird for radio play. Essentially, the world wasn’t quite ready for Mother Mother.

But by now, you know how the story goes. Whether it be thanks to a generational shift, a global pandemic, TikTok’s sprawling network of alternative communities or a sprinkle of that otherworldly guidance that helped them out way back in 2005, Mother Mother found themselves this year at the advent of a mythical rebirth.

They weren’t the first band to blow up on TikTok, but their presence on the app was essentially unprecedented. After a song goes viral, most artists fall victim to the Internet’s merciless attention span and disappear into the ether, but Mother Mother just… kept going.

Track after track after track dominated the app’s For You Page, narrating everything from theatrical cosplays to elaborate, sex-positive thirst traps to queer soliloquies.

Over the last few years, young queer communities on TikTok and Twitter have taken to sharing their identities through musical code words: listening to Girl in Red is a lesbian dog whistle, while bisexuals identify themselves through the Neighborhood’s song Sweater Weather.

This year, Mother Mother’s Hayloft was adopted as the unspoken signifier of the nonbinary community. With the song’s now-iconic wailing, staccato opening riff serving as a soundtrack to gender chaos, saying “I listen to Mother Mother” has become equivalent to coming out in many online circles.

In a fascinating (if only slightly dystopian) phenomenon, there has been a wave of teenagers posting videos saying they only realized they were genderqueer because TikTok’s algorithm started recommending Mother Mother to them.

“Our culture is chaotic right now, and the definitions of things are really being stretched and re-examined, especially with young people of today,” Guldemon muses, reflecting on his music’s resurgence. After all, a significant portion of Mother Mother’s new listeners hadn’t even been born when their favourite songs were released.

“I feel like the music spoke directly to the struggle to self-identify. And to that feeling that what society offers isn’t enough in terms of where and how to fit in. “It’s outcast music, and really strange music.

Those songs were really unconventionally written, the vocals sound weird, and androgynous, and quirky. And I think when you look at Gen Z, they’re all pretty quirky! They’re all out there, and beautifully so.

“And when I think back to when I was that age, that’s not how things were. And that’s not the music people are listening to. And that’s not the way the music industry worked, it was much more gatekept and controlled by radio formats and marketing strategy strategies, whereas now you have TikTok and social media, which has created an anarchy.

“Now, people decide what they like because they like it, not because they’re being told to like it. And there’s an ownership there that’s offered to young people.”

While a large number of their songs have enjoyed the fruits of virality, it’s interesting that only Mother Mother’s first two albums have been represented in the gold rush. Their sprawling discography has been left largely untouched by the online masses—it’s the songs they wrote more than 15 years ago are their definitive canon.

I can’t help but wonder how this must feel, especially to artists with a sound so diverse and ever-changing. Is it like reading your old diaries?

“It’s just beautiful. That’s the only word I could put on it,” Guldemond says, laughing a little. “I’m happy for a former version of myself, and I’m happy for music that I feel like has almost grown its own consciousness.

“It’s like—I’m not swept away by being happy for myself in my current incarnation as a person, but I’m happy for young Ryan, for my younger self.

“And so initially, when they didn’t reach as far as I thought they should, I was let down. So I kind of just look back, and I’m happy that that guy was right, the way he felt about those songs did translate on a bigger scale. It’s a blessing.”

For all its terrible drawbacks, the pandemic has inspired something of an online renaissance. Over the past year on TikTok, I’ve seen countless videos of teenagers talking about how their time in forced solitude caused them to reckon with their sexuality, their gender, their politics; that the labyrinthine networks of online community, combined with the constant introspection of isolation, led them to reconsider their very sense of self.

Kids started cosplaying from their bedrooms, livestreaming their art, writing elaborate storylines to be shared in 15-second clips, and to me, it all seemed utterly important—as though they were all staging one-person shows in testament to queerness, chaos and angst.

This is what created the perfect petri dish for Mother Mother’s idiosyncratic anthems to germinate. Once the tracks started catching on, Mother Mother wasn’t just a band—they were collaborators in an artistic mission. And when Gulemond caught wind of his band’s popularity on the platform, he was overwhelmed by what he saw.

“I discovered thousands of videos of kids in the bedrooms, just like going crazy to early Mother Mother music. It was almost like I was watching a different band in an alternate universe.

“What stood out to me was the culture: the cosplay and the gender fluidity and the freedom of expression and heightened creativity. And the way these kids carried themselves, and the way that they responded to music. It was very colourful, and it was very theatrical, and all in the confines of their bedroom during a pandemic. And you have your phone, a window to see it very intimately.

“I think the dynamic of the artist being mythic or superior to the listener, I think it’s being squashed. It all feels very collaborative now, which I think is really cool. It’s just a cycle that continues to be, because they create something cool from our music, and then I can do edits in my living room and be inspired by them, and then they see that, and it’s like—okay, we just made a real connection there.

For Mother Mother, the past year did more than just widen their audience: it served as the main inspiration for their new music. Their new album is a bit darker, more polished, at times a little less chaotic than their early releases; their lead single, Sick of the Silence, has an electronic ambiance straight out of TRON.

“I was really moved by the music of nature and the way the city sounded. During this pandemic, the city just kind of vibrated

“The record starts and ends is with that 7 pm cheer that everyone was doing in salute to the health care workers. The applause begins the record, cheering on the individual to go on a heroic journey inside to deal with themselves and their issues. To come out the other side better. And once they do, at the end of the record, it can be applause again and that’s the people cheering for their homecoming. There’s the theme.”

Of course, when you gain a couple million listeners over the course of a few months, there’s bound to be some pressure about your next release— but Gulemond isn’t worried.

“If there’s anything I’ve learned from what’s happened to us, especially this past year, it’s that music does what music wants to do, when it wants to do it. Maybe 150 years from now will be the right time for people to understand this record — it’s just up to the forces that be. It’s not up to me. I did the best I could, as a writer, we did the best we could as a band. It’s authentic.”

“I’m a bit of a hippie,” he laughs. “So all of this has reminded me that there’s something else going on—that that energy is magical and things don’t happen by accident. At least that’s what I choose to believe. I think that it makes life a bit more sparkly.”