With new album Yessie and a headlining tour, Jessie Reyez is ready to do things her way 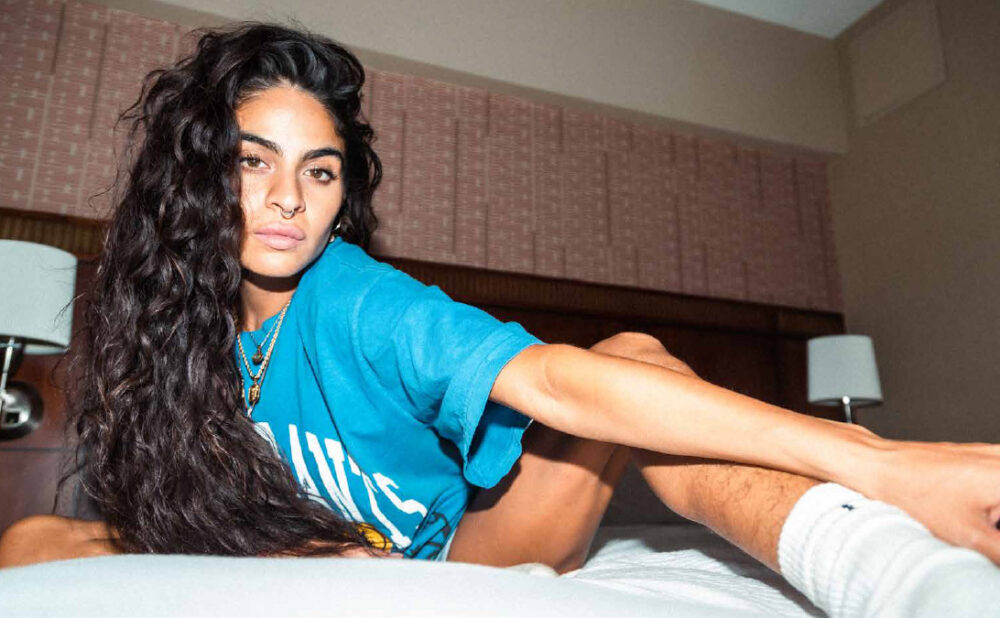 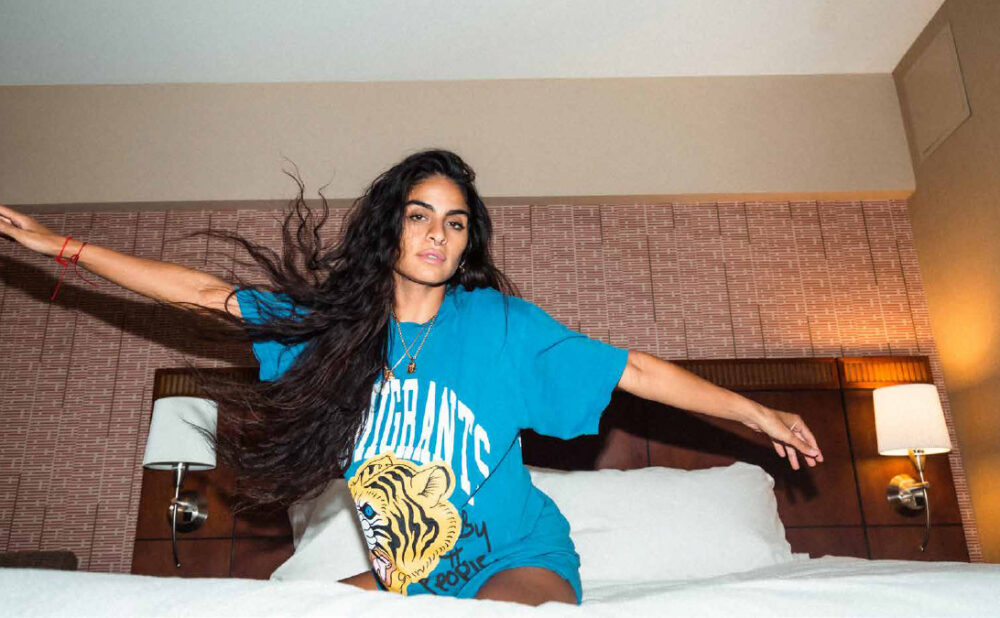 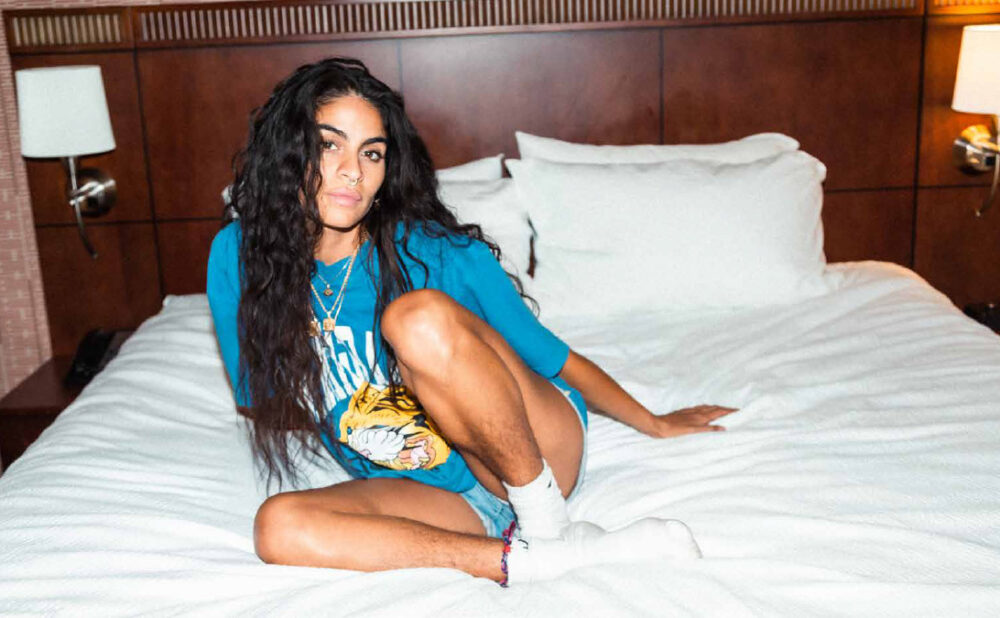 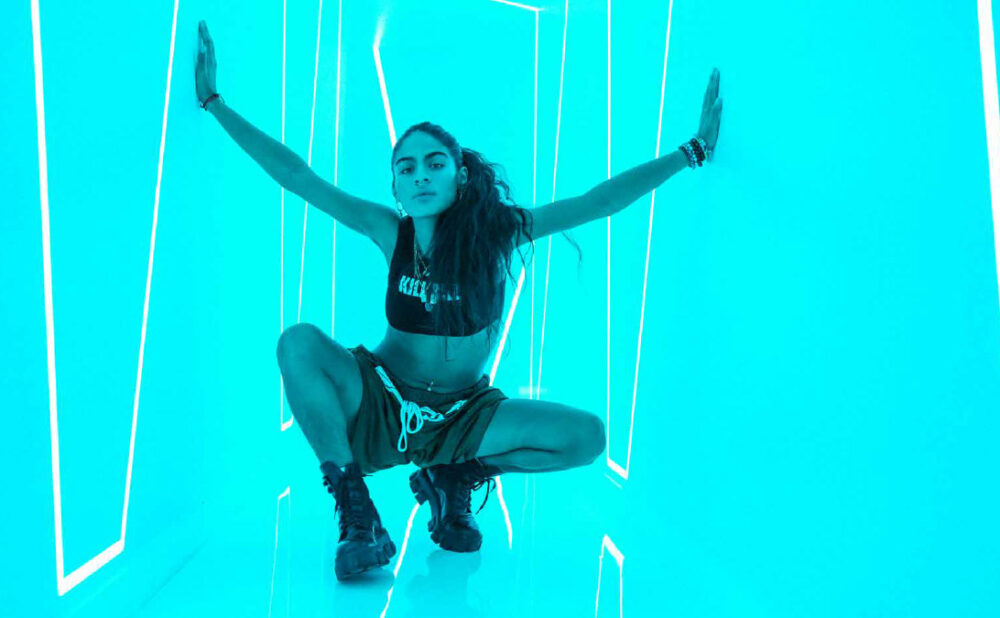 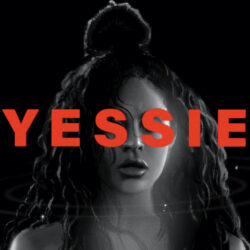 Sound: Staggering vocal range, from fast rhymes to powerful belts, over smooth beats.
If you like: Sabrina Claudio, H.E.R., Daniel Caesar
Why you should listen: This Grammy-nominated and Juno Award-winning R&B icon returns with her sophomore album, paying homage to her Colombian and Canadian roots, both lyrically and sonically.
Best track: Only One

Jessie Reyez has an ethereal presence. It’s not just the glow of the dressing room we’re in, all mirrors and bright lights. It’s more than the shine of the lip gloss she just reapplied or the glint of her layered gold necklaces. The R&B artist exudes a captivating sense of self that can only be achieved through time — an impressive feat for someone who is just barely in her 30s. As we sit across from one another in a shared art space near Toronto’s waterfront, I come to learn just how much growth and reflection she’s done to get to this point.

Born in Toronto and raised in Brampton, Reyez has been a staple in the Canadian hip hop scene since 2016, when her single Figures climbed the charts, earning a triple-platinum certification. Her unique blend of high, soulful vocals and fast rhymes have opened many domestic and international doors over the years, including Grammy Award nods and collaborations with Eminem and Beyonce.

Given her established success, it’s almost shocking that we’re meeting to discuss what is only her second full-length album.

“I still feel like a newbie,” Reyez smiles. “If anything, I feel like this album is my first project. My first full-length was released at the beginning of the pandemic. Right after the world paused, we decided to be the guinea pigs, drop the album and see what happens. I had songs about mortality that were intended to be a catalyst, not a theme song for the apocalypse.”

The record, Yessie, is 11 tracks of emotional introspection and musical exploration. It’s steeped in feelings that we can all relate to. There’s a vulnerability in ONLY ONE, bravely asking to be loved. It’s complemented by the sensuality of TITO’S. On the opposite end of the spectrum, there’s an anger toward fake friends in album opener MOOD, a chorus of layered chants exclaiming “life ain’t easy.” Similarly, MUTUAL FRIEND proudly declares good riddance to a problematic ex-lover, as does ADIOS AMOR, sung primarily in Spanish.

Reyez wears her Colombian heritage proudly, seamlessly weaving it into her work both lyrically and sonically. She explains that it’s never a conscious decision, it just comes naturally. Growing up, her household was filled with salsa and cumbia music, and you can hear the influence in her syncopated rhythms and horn instrumentation. She flips between English and Spanish mid-song the way many multilingual individuals chat with family and friends in the comfort of their homes.

“I don’t find certain topics difficult to write about because I’m just talking about life and truth,” Reyez speaks softly but quickly, a clear confidence when talking about her art. “I walk into a room and I’m open to whatever the room wants to give me, whatever God wants to give that day, whatever emotion the chords trigger. Sometimes it’s weird how a page can reflect back more of you than a mirror. Sometimes you end up writing things that you didn’t realize you felt, but once it’s on the page staring back at you, it feels undeniable.”

“I hope listeners take away whatever they’re supposed to. If someone feels like they’ve got a homie on the track, great. If someone is triggered because they’re the piece of shit I’m talking about, great,” she laughs. “However it’s supposed to land, it will.”

Reyez’s self-assuredness is refreshing, but she confesses it’s a trait she’s had to work on. As listeners, we’re only presented with the final polished version of a song or album, with its curated visuals and promotional plans. We often forget the messiness that exists behind the scenes — the many iterations a track will go through and the self-doubt along the way. Artists can become so tied to their first drafts that they hold themselves back from creative growth. Reyez had to break out of that mindset.

“I’ve made an effort to become more intuitive — as a woman, as a human, as an artist. It helped me be less tied to the school of thought that rawness in a song is important. I used to deliberately leave something slightly unfinished in a song for the sake of it being closer to the state that it was when I first manifested it into the world. The more in touch I became with my intuition, the more I was willing to work on version five, version seven or even version 30 of a song.”

“I also gained the confidence to say I want to go back to version three and not regret the time I spent working on it. You have to be willing to create more options and then be more trusting of yourself to choose the right one. Maybe this process will morph in the future, but right now, I love it.”

This creative process happens at all hours and in all locations for Reyez. Pieces of Yessie were written in Toronto, Chicago, Los Angeles and even Paris. She jokes that her baggage travels everywhere with her, so there’s always something to write about.

“I’m always creating. The day we turned in this album, I went to the studio and made more shit. It’s why a fish swims, why the sky is blue — it’s a process that doesn’t stop for me.”

“In the studio, in my bedroom, wherever the musical connection happens — that’s magic because from nothing came something. It’s pure, not poisoned. The phrase ‘music industry’ can be an oxymoron, it’s like saying ‘holy money.’ But when there’s no politics, no marketing, just music — it’s holy.”

Reyez speaks with reverence about many things, not just her music. It’s evident that family is important to her. Her mother is the youngest of 11 siblings, so the artist is used to being surrounded by aunts, uncles and cousins.

Her parents still reside in Toronto, a city that comes up a lot in our conversation. Though she often splits her time between Los Angeles and New York, she’s adamant that home will always be Toronto. With track names like QUEEN ST W and lyrical references to bars in Kensington Market, the city is clearly intrinsic to her identity. She even made history during the 2020 NBA playoffs by becoming the first artist to ever perform the Canadian national anthem on the CN Tower — not in, on. “I’ve been skydiving, bungee jumping — I love heights!”

Perhaps Reyez’s most impactful Toronto experience was her time spent with the Remix Project. Supporting diverse youth who often face barriers when entering the entertainment industry, Remix Project offers mentorship programs and hands-on courses in everything from audio engineering, graphic design and business essentials. Alongside Reyez, alumni include FrancisGotHeat, now a Grammy-nominated producer with work credited to Drake, Roy Woods and Lykkie Li, and WondaGrl, the first Black Canadian woman to win the Juno Award for Producer of the Year.

Reyez continues to sing the program’s praises and has returned as a mentor herself.

“That whole project changed the course of my life,” the singer shifts in her chair, leaning towards me slightly to better convey the Project’s importance. “The thing that impacted me the most was mentorship. As an aspiring creative, sometimes your options feel far-fetched and your only examples are on a far-removed screen. There’s no clear bridge, no how-tos. Having someone in front of me transparently sharing their failures was so inspiring. Jordan wasn’t born dribbling a ball, Beyonce wasn’t born with a mic in her hand. People aren’t born at peak performance, they have to sacrifice and work for it. Hearing these experiences first-hand made me realize I could do that for myself.”

Her hard work has paid off just as much on stage as it has in the studio. A breathtaking live performer, Reyez has supported fellow Canadian hip hop artist PartyNextDoor and alt-pop icon Halsey on international tours. Earlier this year, after being robbed of the opportunity in 2020 due to the pandemic, Reyez performed for thousands across Europe on Billie Eilish’s Happier Than Ever tour. Even through grainy clips on YouTube, her presence is powerful. Artists can be so easily swallowed by arena-sized stages, shrinking among the expansive production. Not Reyez. She perches on a stool, microphone or acoustic guitar in hand, and her voice soars. Between songs, she guides crowds through a series of affirmations, having them repeat “I am great, I am strong, I am successful.”

“Performing forces me to be present. I can’t control everybody in the room — some people want to be on their phones during a show. I can’t do that, but I can be present and create a memory for all of us to share. We all get to be co-owners of this memory that we’ll carry forever. That’s alchemy, we’re creating a moment.”

This fall, Reyez gets to headline her own shows and share Yessie in person. In her words, she’s excited, anxious, hungry and prepared for the tour. This is satisfying to hear knowing that performing hasn’t always come easily for her and it’s taken years to shake off the stage fright.

“For pre-show rituals, I like handshakes with some of my guys and prayer before I go on. If the nerves are too intense, perhaps I’ll have a shot of whisky, but what’s nice is that I’ve been able to let alcohol go as a necessity,” Reyez confesses. “My first ever sober show was in 2019, and I was two tours deep at that point. It was nice to prove to myself that I didn’t need to drink to perform.”

Most special is two hometown shows at the end of November at History, Toronto’s shiny east end club. Bringing together fans, family and friends from childhood, high school and her bartending days on Richmond Street, it’s bound to be a grand celebration of all Reyez has accomplished and all she is still destined to achieve.

With all this talk of intuition and alchemy, at times Reyez seems otherworldly. She talks about some of her musical heroes as if they are untouchable beings. Defining personal discoveries were Otis Redding and Sam Cooke, and Frank Ocean is a dream collaborator. When I suggest that others see her in the same light, she brushes the idea off.

“Some artists feel more than human, they feel like frequencies and they paint the memories inside my mind,” she pauses. “Not me though; I’m human as fuck!”