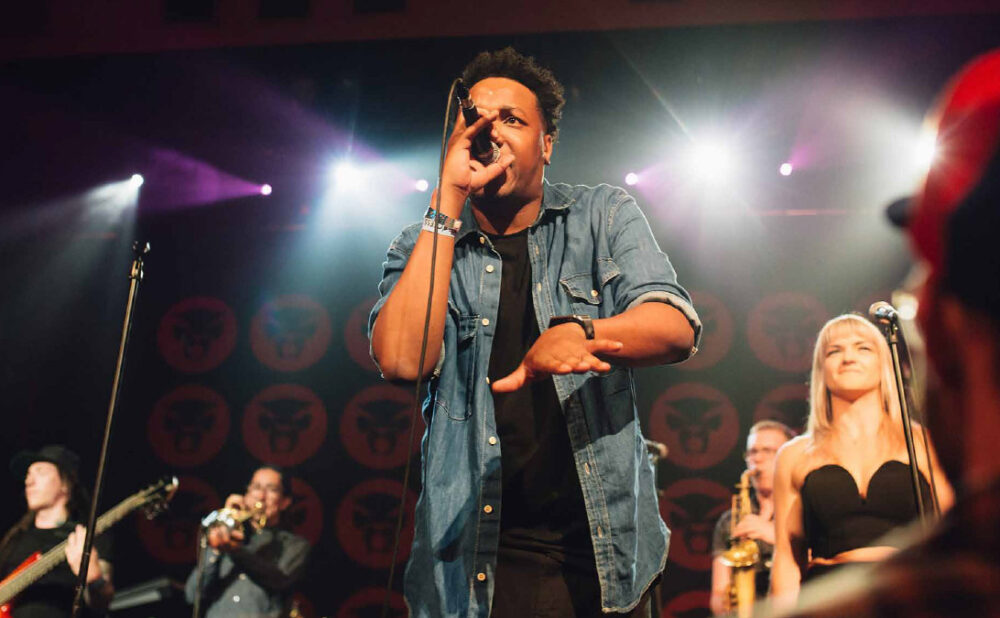 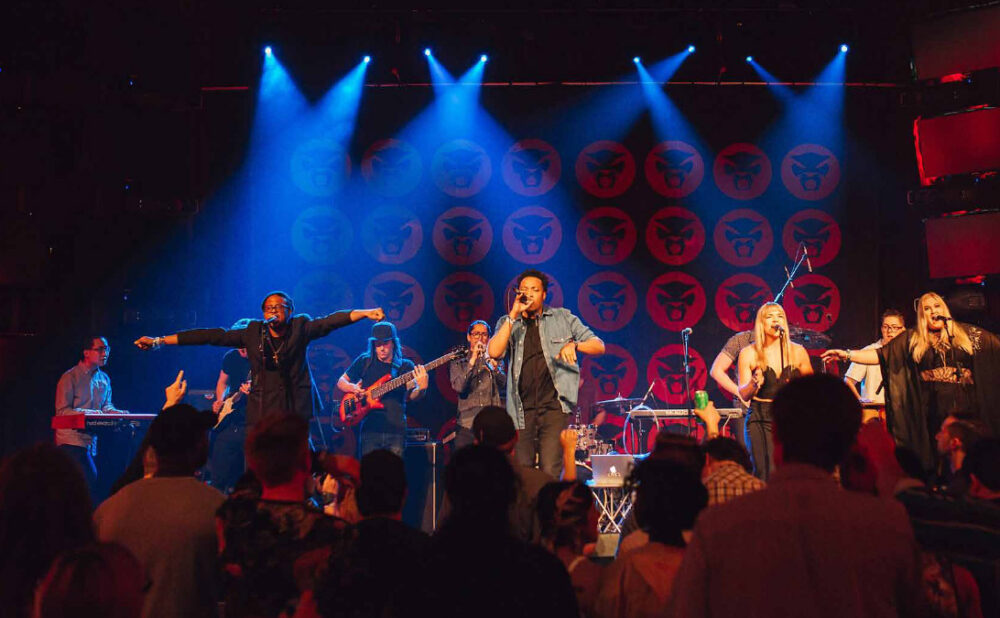 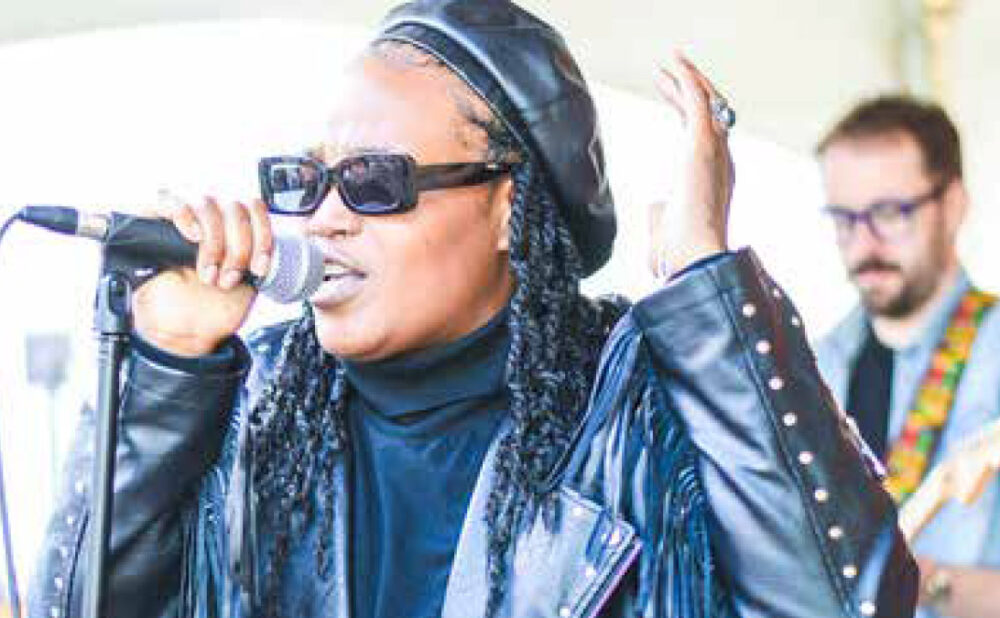 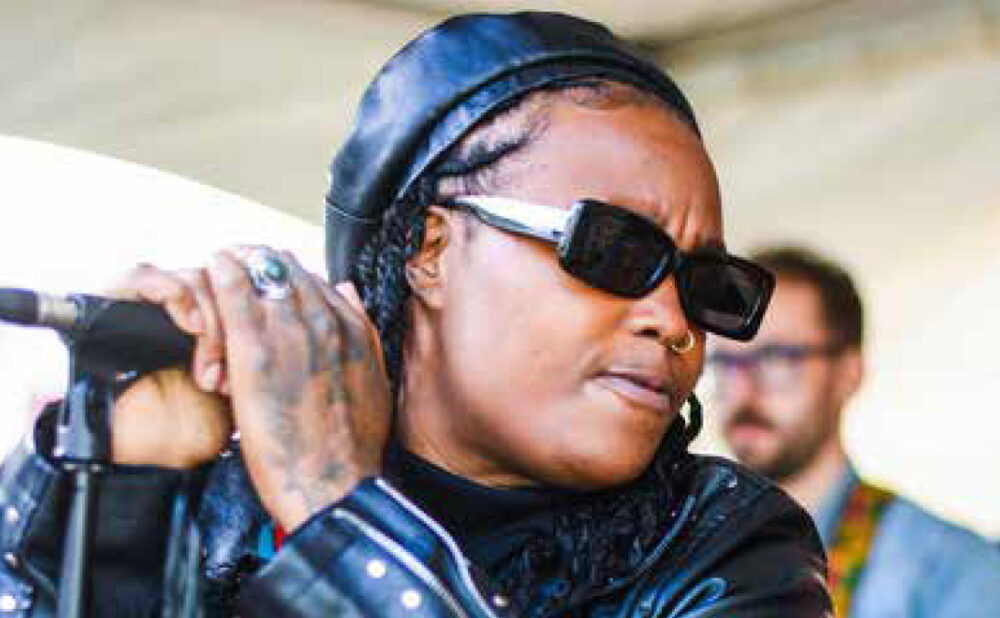 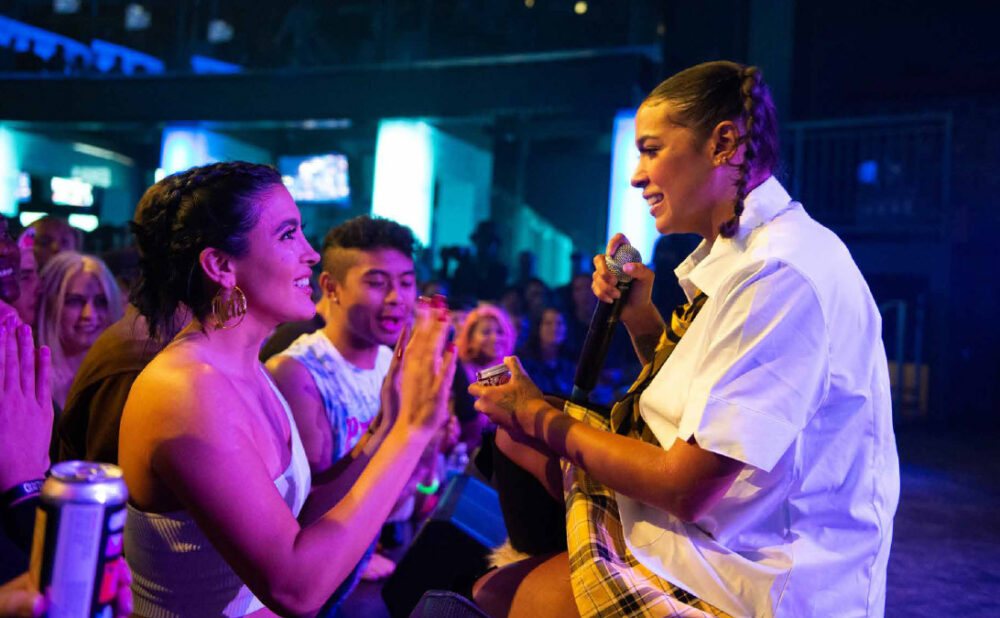 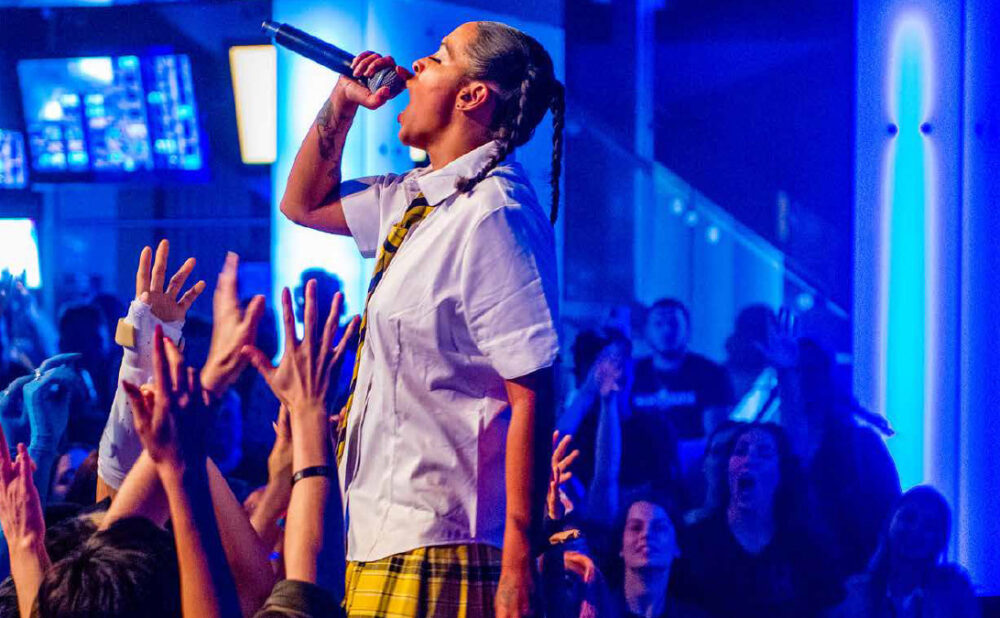 Music and laughter echoed through Calgary’s downtown core between June 20 and 26 for the triumphant return of the legendary Sled Island music festival jamming music venues throughout the city.

The week was jam-packed with performances, conversations and comedy shows and featured artists from across Canada and the world. Shows by Princess Nokia, Sinzere and 2020 Polaris Prize winner Backxwash were among the highlights.

Other notable artists marking the return of Sled Island include “guest” curator Sudan Archives, as well as performers like indie rockers Built to Spill, nu-metal artist Sasami and punk-rock band Joyce Manor, to name a few.

Since 2007, Sled Island has been organizing eclectic programming in Calgary — quickly becoming a staple festival for all ages in western Canada by showcasing various art forms and music-related conversations.

In 2021, COVID restrictions reduced the festival to a few live performances during a three-day screening of pre-recorded performances, films and special guests’ greeting videos. The watch party took place downtown at the Beltline’s High Park.

This year, the festival returned in full force as the six-day festival had overlapping performances at 23 venues. Sled Island also collaborated with CJSW-FM to broadcast live music sessions. The festival also hosted a variety of community gatherings, such a karaoke night, a pig roast and a street party.

NEXT Magazine writer Latoya Elle shares some her highlights from the festival:

Thur., June 23 — Hosted at Broken City Thursday night, Calgary-based rapper Sinzere fuels the crowd with energy as her lively performance draws almost everyone near the stage. The private wood-deck patio holds roughly 30 people. Sinzere and her brand have the crowd dancing and rapping along in the small, elevated space.

As the sun begins to set, the string lights draping from the stage to the bar add to the ambience for Maky’s performance. The Montreal-based rapper impresses the audience with his Michael Jackson- inspired dance moves and entertaining bilingual bars.

Fri., June 24 ­— The festival continues to energize the city, moving into Friday evening as Princess Nokia is set to perform at one of the city’s largest music venues, Palace Theatre. Warming up the crowd, Calgary-based rappers Tea Fanny, 86Love, Sarafin, Edmonton-raised artist K-Riz and pop artist Samantha Savage Smith take the stage. With smooth lyricism and a mixture of hip hop and lo-fi rap, the group of friends collectively entertains the crowd. However, once Princess Nokia hits the stage, the crowd goes ballistic — giving her a warm welcome that brings her to tears. The Afro-Nuyorican shares that being on Treaty 7 is special for her as she has family lineage in Canada.

The MC singer, songwriter, entrepreneur and activist has been inspiring fans with her blunt, honest and corky personality. In 2017, she released her debut album, 1992 Deluxe, which took the industry by storm, receiving four out of five stars from the Guardian and an A by Noisey.

Embracing the crowd throughout her performance, Princess Nokia and her dancers entertain the audience dressed as schoolgirls in yellow and black uniforms. Swiftly moving from song to song, Princess Nokia performs a few of her hits, such as Versace Hottie, Slumber Party, It’s Not My Fault, I Like Him and S.H.I.T. to name a few.

Verklempt by the audience reception of her performance and a few gifts from her fans, to whom she referred as “aunties,” she spontaneously decids to sing the first song she ever wrote near the end of her set.

She closes her performance by serenading the crowd with her mid-high-range edgy voice. Her gentle soprano vocals capture fans in awe. Finishing her set with a dance party to Beyonce’s latest house single, Break My Soul, and her notorious flags, Princess Nokia reminds fans to embrace their authentic selves.

Sat., June 25 — Saturday night, a mixture of hip hop, R&B and techno-electronic music takes over the Royal Canadian Legion. Selected by Sudan Archives, self-proclaimed torrential Cat 500, hip hop artist AllCityJimmy and Bay Area rapper Queens D. Light were all performing that evening for the welcoming audience. With high anticipation for Sudan Archives, Uyemi starts the night with her R&B set on the main floor. Upstairs, Janette King, a Montreal-based artist, shares some new pop and electronic music in a more intimate setting. The people in the room dance and sing along as King creates a warm atmosphere — making people feel comfortable dancing in front of and with strangers.

Once Sudan Archives hits the main stage downstairs, the audience is immediately captivated by the multidisciplinary musician. She steps on stage in a bikini top embellished with small stuffed animals, a royal-blue miniskirt and rainbow loom colour hair. Inspired by Sudanese fiddlers, Sudan Archives performs with her signature violin strapped to her chest and her D.J. to her right. The avant garde composer soothes the audience with her mellow Electro Soul performance with hints of upbeat hip hop.

The Cincinatti-raised, self-taught violinist has been making a name for herself over six years and was originally scheduled to perform during the 2020 Sled Island festival.

Most notably known for her unconventional classical sound, Sudan Archives is currently on tour for her album, Homecoming, and is set to perform in Vancouver, Ottawa, Toronto and across the U.S.

Finishing off the festival with a pig roast and various sub-genres of rock and roll roaring downstairs at the Palomino, the music community comes out for one last dose of Sled. Folk, indie, pop and a slash of rap keep spirits high in the Western-style bar and smokehouse.

The main performance area was between the entrance to the patio and the oval wooden bar. With Calgary Flames merch draped from the ceiling and photos of rock icons like Elvis hanging on the walls, the decorative yet busy venue brings people together.

The Zimbabwe-raised artist ends the festival on a high as he has everyone from the front to the back of the performance area dancing and cheering throughout his set. His live band has people clapping or stomping to the beat. With excitement in the room, the rapper holds an impromptu freestyle. As the crowd starts to chant “spit somethin’,” KTheChosen invited artists from the audience to join him on stage. Local rappers K-Riz, Tea Fanny, Foolish and 86Love were a few rappers who participated.

Overall, regardless of venue, Sled Island held mini parties for music lovers all over downtown. From country to indie, music took over the city as people were glad to be back in person for live music. As always, Sled Island brought people together to discover new music and to support their favourite emerging artists.