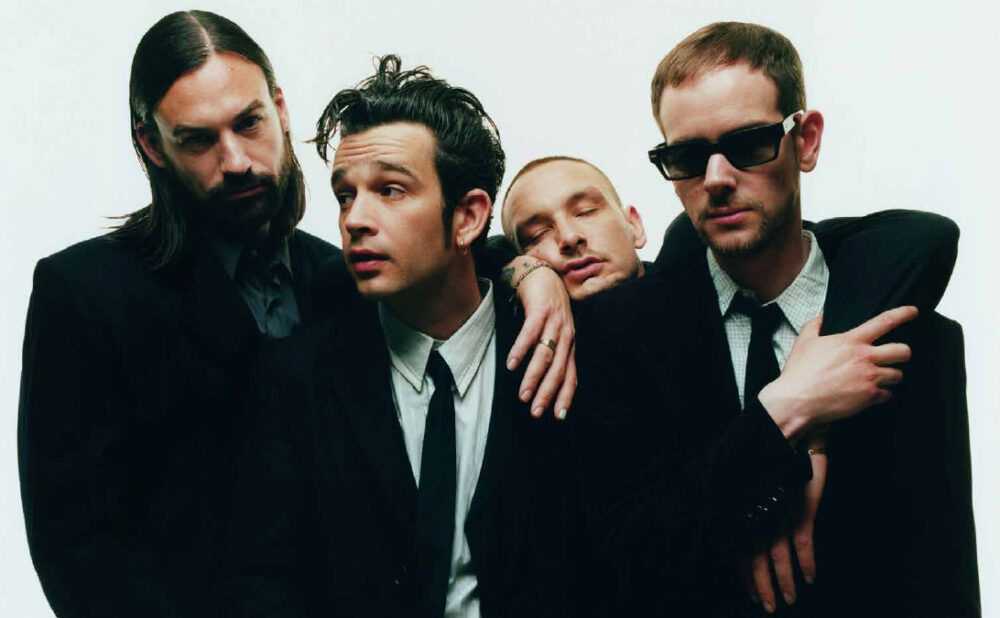 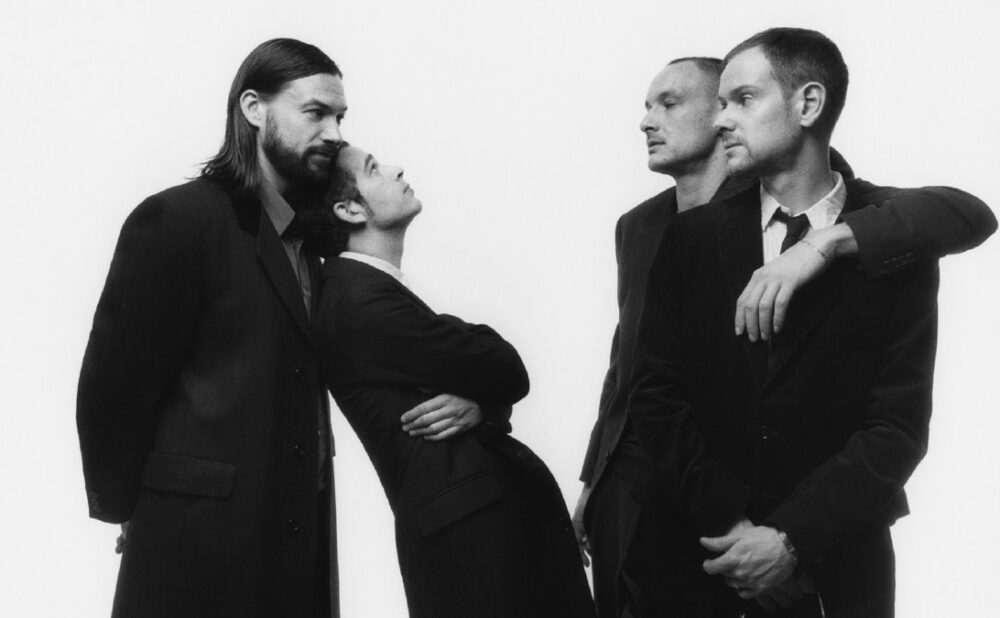 It’s Monday night and the Scotiabank Arena is organized chaos. Every gate is packed with concert-goers trying to get inside, out of the cold. British rock group The 1975 are in town for their biggest show of the tour, and the excitement is palpable.

I weave my way through never-ending merch and concession lineups to get to my seat, the scent of venue popcorn following me. Thousands are gathered in the near dark, facing a giant curtain with the band’s logo projected onto it. The crowd appears to be dominated by women in their 20s and 30s, some of whom (like myself) lived through the 2013 Tumblr days when The 1975’s self-titled debut album was our defining soundtrack.

When the curtain falls, I’m immediately consumed by the set design. Built on stage is a house interior, with separate rooms, home furniture and a staircase that leads to nowhere. I feel as though I’m about to watch a play rather than a rock show. The band members slowly walk on stage, turning on lamps as they move about the space to get to their instruments. A Christmas tree is lit up in the corner, reminding us that we’re only two weeks from the holidays.

It’s an early show, but that’s because we’re being treated to almost two and a half hours from the band. The set is divided into two halves: the first is almost the entirety of the group’s latest album, Being Funny in a Foreign Language. For an album that’s only been out for a few months, the crowd singalongs are impressive. Singles like Happiness and Oh Caroline really get people moving. Carly Holt, married to guitarist Adam Hann, joins the band on stage to sing her verse on About You. She’s met with thunderous applause and the love the whole band has for her is incredibly heartwarming.

Lead singer Matt Healy stumbles about the stage, swigging on a bottle of wine, and there are moments when I question how much of this character is really an act. As if hearing my thoughts, Healy lounges in a chair between songs and asks the room if it’s considered method acting if you’re not really acting. He explains the set is meant to be a reminder of the extensive time spent indoors during the pandemic. Perhaps that’s why his character seems to fall into madness.

Healy has no shortage of quips and funny, even bizarre, moments. Procuring several cigarettes throughout the night, he bounces between couches, chairs and the rooftop of the house’s facade (don’t worry, there’s a harness!). He launches himself into the crowd, wreaking havoc on the front rows. He jumps on the cameraperson, climbs through a TV set and runs back and forth to engage every corner of the arena.

Having seen clips of the tour online, I know the singer has earned a reputation for making out with fans on stage. The big question of the night is, “Who’s getting picked next?” The answer is (disappointing to some) no one. Healy jokes that he can’t let that become his M.O., although he does laugh at the girl holding a sign that reads, “Spit in my mouth.”

The second half of the show is some of the band’s best hits, appropriately dubbed “The 1975 at their very best.” Long-time favourites Robbers and Somebody Else have the whole room screaming. Watching the general admission crowd jump in unison is mesmerizing. They take a poll measured by decibels on whether to play Paris or A Change of Heart, and Paris wins by a single decibel.

In a moment of poignancy, Healy intros Love It If We Made It by pointing out the anger behind the song and how, four years after it was released, it’s more relevant than ever. The message is delivered with his shirt completely unbuttoned, some fans in hysterics, and although it’s an odd juxtaposition, I think his message is heard.

A massive show to close out the year, there are so many familiar Toronto faces in the crowd — even Shawn Mendes is spotted in the pit! Before turning off all the lamps and exiting the stage, The 1975 leave us with a promise to return in the very near future.