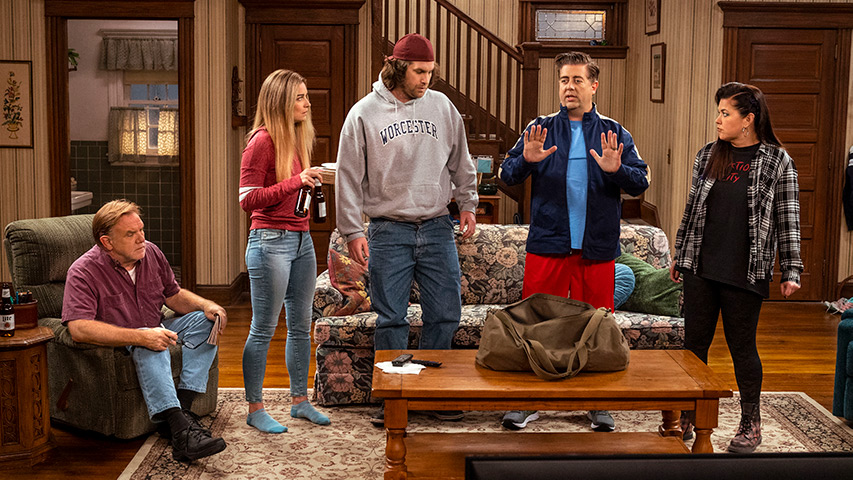 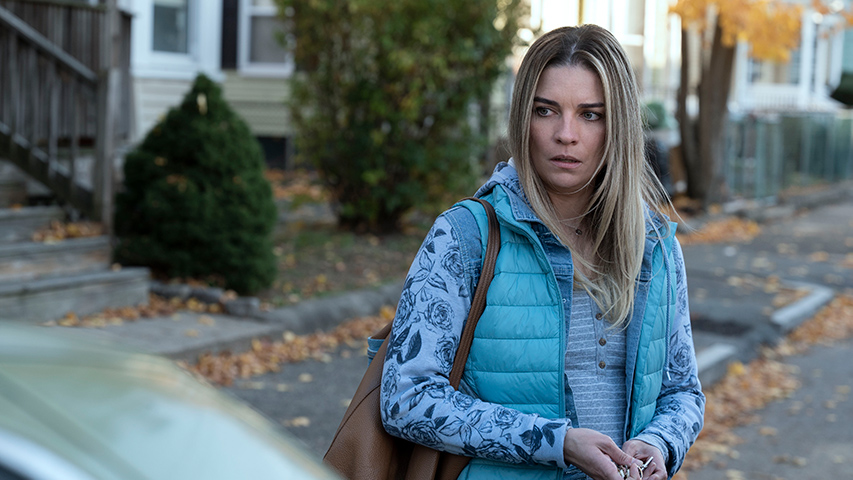 Kevin Can Go F*** Himself cast

Annie Murphy as Allison in Kevin Can Go F*** Himself

Emmy-winner Annie Murphy helped revolutionize TV comedy with her nuanced and spirited portrayal of spunky socialite Alexis Rose on Schitt’s Creek, the beloved CBC series that earned a cult following (and a legion of awards) for depicting LGBTQ+ characters in beautiful love stories and offering its three million-plus viewers an unprecedented haven of acceptance and humour.

Now that the show has wrapped, Murphy is on a mission to reframe a new genre. This time, she’s hellbent on saving sitcom housewives, but beware—there might be a body count.

Before the Emmy she won last year for her breakout role could even collect dust, the Ottawa-born actor had already thrown herself into a brand-new project: portraying fatally fed-up housewife Allison McRoberts in the Rashida Jones-produced sitcom-gone-sour Kevin Can F*** Himself.

The new role couldn’t be more different from Alexis Rose, a character who pranced about with limp wrists, outdated designer threads in rich-girl gone-broke fashion, and an egotistically oversized golden “A” necklace strung round her neck. There is one similarity between them, however: Allison also wears the letter “A” on a necklace.

“It’s a tiny, stained, tarnished thing that was found at Target or something like that,” Murphy muses on the phone from New York.

It’s fitting for the character—the shiny new hopes that housewife Allison McRoberts once had for her life with blue-collar husband Kevin were crushed by his manipulative man-child antics. Worn out and desperate, she does what any self-respecting housewife would do: she decides to kill her husband.

Murphy’s decision to pull a 180 from the role that put her on the map is gutsy. It would have been easy to stay in the quirky comedy lane, but she doesn’t care to play it safe. She fills this new, homicidal role with surprising grit and grace for a murderer-in-waiting, proving she’s not to be mistaken for a one-hit wonder.

Kevin Can F*** Himself is two shows for the price of one. The first is a classic multi-cam sitcom with retina-damaging studio lights and slapstick humour, where Allison is consistently the butt of her petulant husband’s jokes and may as well be as inanimate as the hideous, floral-patterned couch upon which he parks his lumpy derrière. When Allison is alone, however, everything snaps into her dark, damp reality as viewers join her in contemplating what the hell is going on in the other room.

The series’ title is a jab at CBS sitcom Kevin Can Wait, starring America’s husband, Kevin James. The show killed off his wife, played by TV actor Erinn Hayes, after just one season. James told the New York Daily News in 2017 that the move was “needed for [the] show to drive forward” and the sitcom was “literally just running out of ideas.”

Right… because it was the wife, not the unimaginative storytelling, that was dragging it down.

“I do hope that Erinn Hayes in particular knows that I smashed a few glasses thinking of her,” Murphy says with moxie, referring to the several instances in which her character accidentally smashes the beer glass in her hand, her inner rage manifesting as a death grip.

“I realized just how much sexism and racism and homophobia is kind of shrouded just underneath a laugh track.

“I hope it allows viewers to really question what we’ve been laughing at all these years,” says Murphy. “Valerie Armstrong, the creator of the show, and I have talked about this a bunch: if there’s any woman or any person out there who sees themselves in Allison, and realizes that they’re not alone, that they can make a change for the better—the show will have been a really great success.”

This is Murphy’s magic: she understands the power of storytelling. She wisely chooses roles that have something to say, embedded in shows with purpose.

In Schitt’s Creek she took the trope of whiny, vocal-fry rich girl who feels the world happens to her on a steep character-development arc, ending with that girl taking control of the hand she’d been dealt.

In Kevin Can F*** Himself, she’s smashing sexist sitcom tropes and grabbing the main character role for all the TV wives that have come before her.

Before Murphy was scoring meaningful roles, she had been relegated to playing heavy-hitting, progressive characters like Hot Neighbour and Lady Number Two in Park, and was in two episodes in 2010’s testosterone-jacked college football comedy Blue Mountain State. On the latter, set in “bro-town USA” as Murphy puts it, she suffered an epic, ice sculpture-induced injury.

“You do shots out of the bottom of this ice shoot, which now I think about it is, like, the least COVID-friendly thing ever. But I have vivid memories of smashing my lip and just having a fat bloody lip for the rest of the night, which kind of suits the environment.”

“It gets better,” Annie laughs self-deprecatingly, offering wisdom to her former self.

Indeed it does. She’s calling me from Manhattan, where she’s spent the last three weeks in a whirlwind of interviews with everyone from TV’s giggliest host Jimmy Fallon, to Rolling Stone to Christina Applegate for Interview Magazine. As we speak, she’s preparing to jet off to L.A. and do it all over again on the west coast circuit.

“The last 21 days of my life have just been pinch-me moments,” she buzzes.

The packed schedule calls, but the wisecracking Murphy always has time for some fun. I pull a couple of stories out of the Alexis Rose vault for a quick game of Would You Rather.

“Would you rather be an original member of the Pussycat Dolls or attend Megan Fox’s bachelorette on an island off of Montenegro where literally nothing is illegal?” I ask her, drawing the examples straight from the Schitt’s Creek script.

“I think I would rather be one of the original Pussycat Dolls because they’re in such good shape. And they can dance so well. And I feel like it would be like a very fun, perhaps deeply catty—no pun intended—boot camp for a little while,” she replies without missing a beat.

Though Murphy’s in bicoastal demand in the States, Canada will always have her heart. Speaking of which, if you’re reading this—can you pick her up at the airport with some Tim Hortons when she gets back?

“I’m looking forward to coming home and mowing some Timbits,” she says fondly, surprisingly game to talk donut holes. “Timbits over Dunkin Donuts’ Munchkins any day of my life.”

Between thriving post-breakout role, intentionally selecting projects that make the world a little bit brighter and desiring Canadian delicaciess (honey and chocolate glazed are her favourites), there’s no question that Annie Murphy is a sparkling national treasure.

In an era where film and TV concepts are more unoriginal than ever—consider how Riverdale recycled Archie characters for an ominous plot that has absolutely nothing to do with the original comics, how many Transformers movies the world actually needs, or all the 80s titles that are getting the sequel treatment— AMC’s Kevin Can F*** Himself is refreshingly unique.

Starring former Schitt’s Creek lead Annie Murphy, it’s a meta-narrative mindfuck that dives into the bitter psyche of an overworked, underappreciated sitcom housewife named Allison. The show takes two forms: one half is a laugh track-infested sitcom that focuses on the shenanigans of Alison’s immature husband Kevin, in the vein of King of Queens and Kevin Can Wait. The other half is filmed as a grey-toned, single-camera close-up on Allison, and reveals her aspirational plot to kill Kevin.

It isn’t until the show snaps to Alison’s perspective that viewers realize the wives in these so-called American dream sitcoms don’t have much of a purpose beyond propping up the main-character-syndrome men for cheap laughs.

As Allison goes from dutifully cleaning dishes and refreshing beers for the guys to running with the town drug dealer and sneaking out at night, it becomes a provocative and unprecedented comeback story with really, really sharp edges.