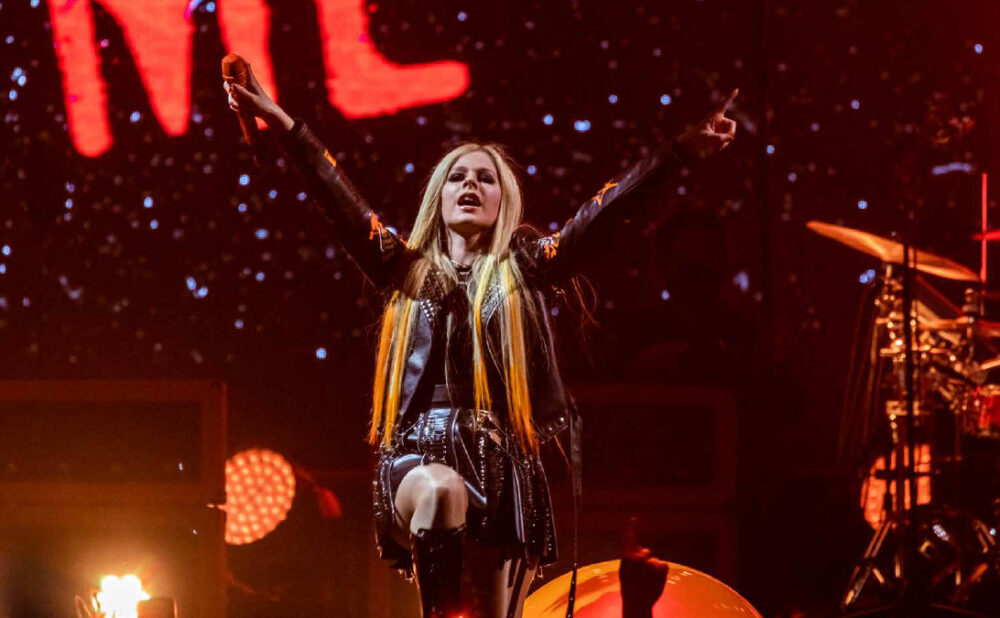 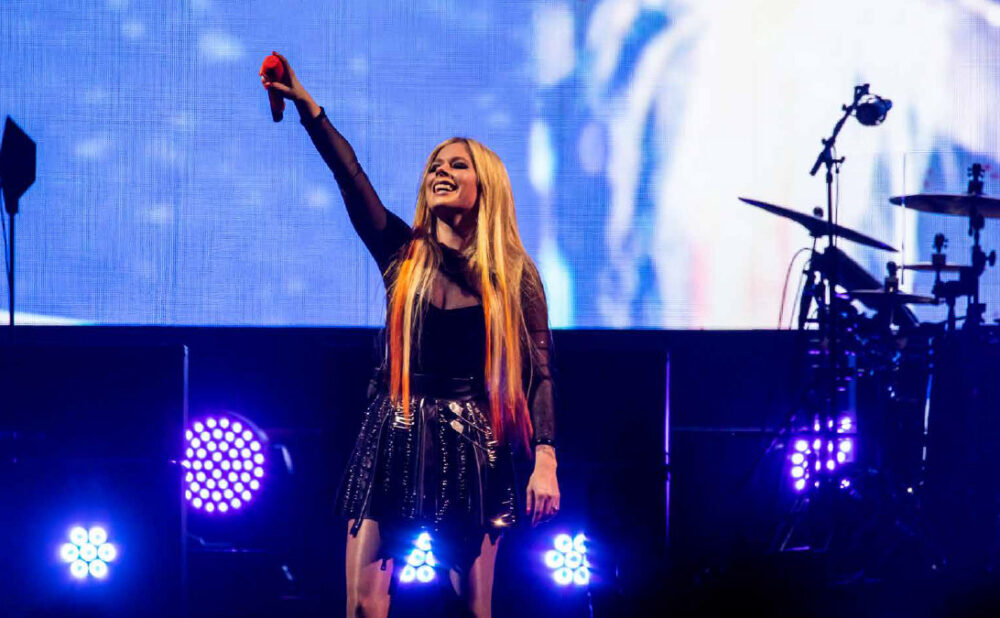 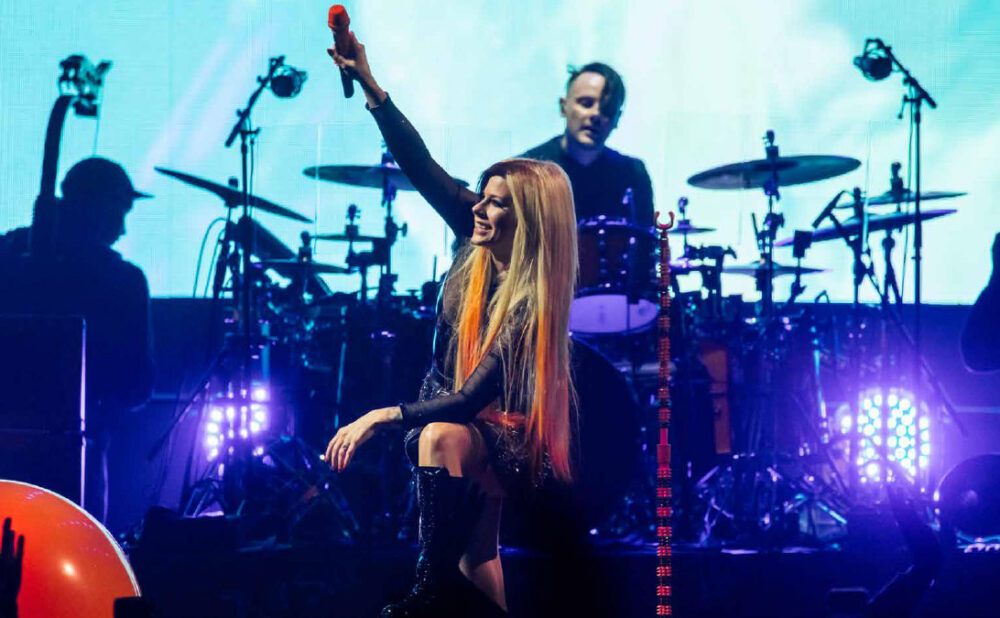 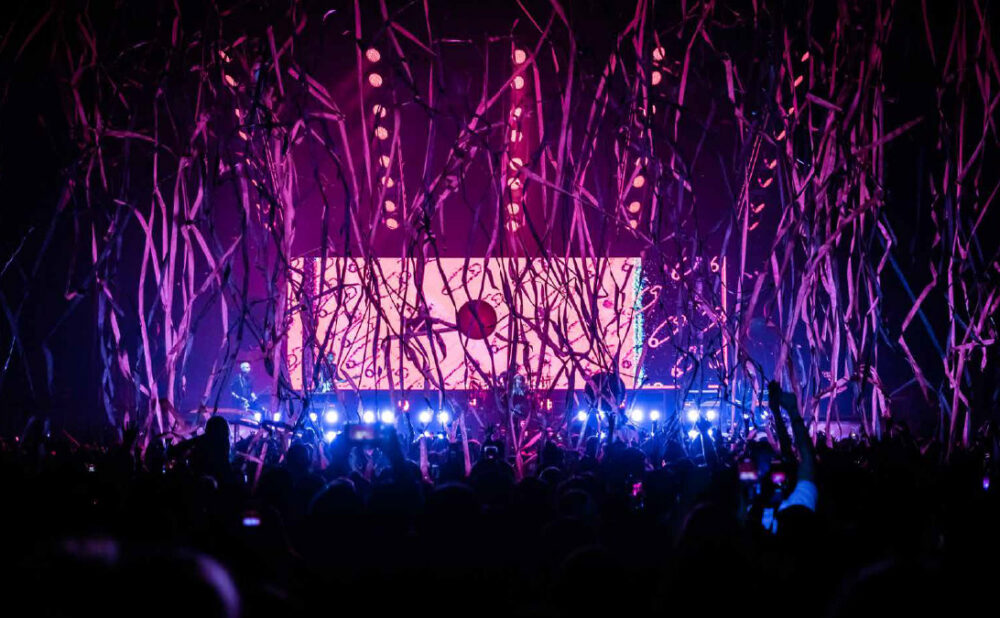 Who: Avril Lavigne
Where: Coca-Cola Coliseum, Toronto
When: Fri., May 13
Vibe: Flashback to the early 2000s, with plaid skirts, Converse shoes and a little extra eyeliner.
Highlight: An arena of cellphone flashlights swaying to 2002 Canadian radio classic I’m With You. Whether you lived through it or only recently discovered the track, its power is undeniable.
Next: Southern Alberta Jubilee Auditorium, Calgary, Sat., May 21 and Sun., May 22; Doug Mitchell Thunderbird Sports Centre, Vancouver, Tue., May 24

Several blocks away from the Coca-Cola Coliseum, my streetcar is full of Avril Lavigne fans. The plaid pants, studded belts and coloured hair are a dead giveaway. They’re drinking from plastic bottles that definitely contain more than just pop while debating which singles she’s going to play at tonight’s show.

The pop-punk artist and Canadian treasure is reconnecting with her home country on a coast-to-coast tour. The Bite Me tour comes 20 years after her debut album, Let Go, one that I treasured as a kid because it was my very first CD. Judging by the age group on the streetcar, I’d wager this is a shared sentiment.

Getting to the west end venue is a bit of a trek, and by the time I and a whole horde of fans arrive, the Coliseum is rammed. This Friday night is our first real taste of summer, and it’s balmy both outside and inside. The scent of ketchup and vinegar wafts through the hockey rink and I have to fight my way through the food stall lineups to find my seat.

From my spot in the crowd, I see Lavigne’s crew setting the scene with black and orange decor, sprinkling the stage with balloons of various sizes. We’re treated to Sum 41 and Blink-182 on the speakers, and it feels reminiscent of a Sneaky Dee’s Emo Night. Now, surrounded by more people, this group is more generationally diverse. While there’s a lot of us who clearly remember when Sk8er Boi was released, I spy a few pre-teens going through their Avril Lavigne phase for the first time.

The generational divides become more prominent when Lavigne takes to the stage. Dressed in patent leather boots and a studded black skirt, the singer wears her youthfulness well. She explodes with opening track Cannonball and skips around the stage, making use of the elevated platforms on either side. Her setlist spans her 20-year career, and the crowd reactions indicate the fan-favourites. While I’m partial to early tracks Losing Grip and Complicated, 2007’s Girlfriend and 2011’s What The Hell really get the crowd moving.

Lavigne kicks the giant balloons into the audience as she banters with the room. She’s thrilled to be back in beautiful Canada and has everyone cheer for her mom who’s in attendance — shoutout to Judy! She rotates through instruments, hopping on drums and guitar throughout the night. New fiancé and opening act Mod Sun joins her for a duet, his electric green hair complementing her orange pieces. I count three different kinds of confetti used. Between songs, her band add a few solos and musical interludes. They’re long enough that I expect Lavigne to make several outfit changes, but she saves that for the encore.

After a rousing performance of Sk8er Boi, the lights are cut as a National Geographic-esque video plays on screen. They’re clips from her Head Above Water music video. The vibe switches from colourful pop punk to a slightly more serious affair; she’s closing the show with ballads. Lavigne belts her heart out in a sheer black skirt — but the thigh-high platforms add a little edginess. I’m With You earns some of the loudest singalongs of the night and it’s a beautiful way to finish.

As the venue empties and fans gush over the setlist, it’s clear the “Motherfuckin’ Princess” still reigns!

The energetic set from The Regrettes is filled with a majority of tracks [...]