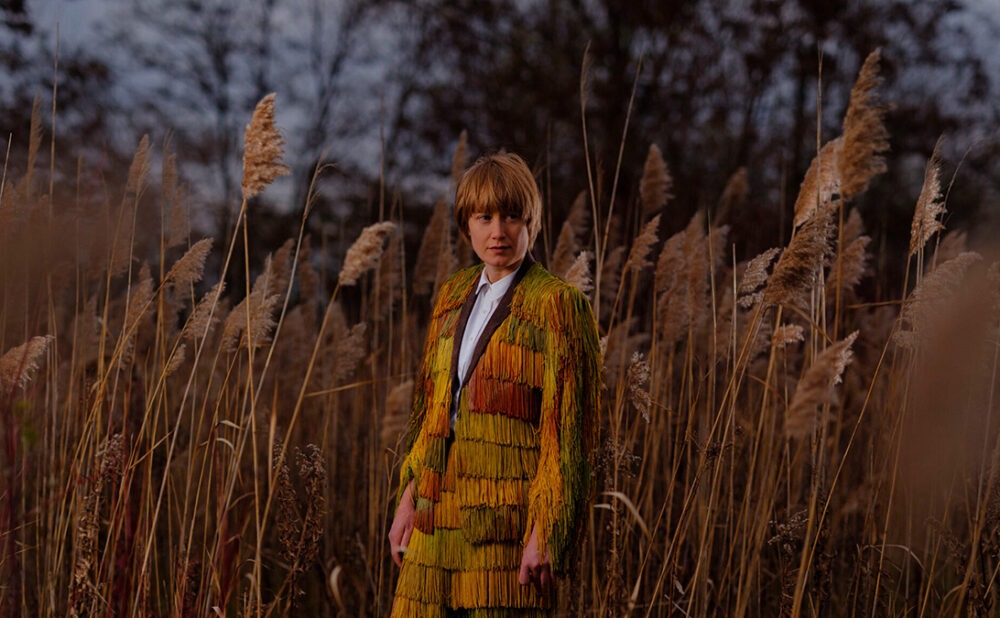 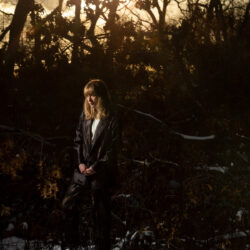 How Is It That I Should Look At The Stars

Sound: In the sonic embodiment of a calligram poem, warm instrumentation blossoms and contracts as it follows the shifting shapes of airy, swooping vocals
If you like: Joni Mitchell, Leonard Cohen, Basia Bulat
Why you should listen: The final puzzle piece to last year’s critically acclaimed Ignorance, this much gentler record holds pure tracks that distill the same themes of love and climate anxiety into tender, quiet ballads
Best track: Endless Time

When it comes to caring for the environment, Toronto avant-folk sensation Tamara Lindeman, a.k.a. The Weather Station, isn’t sure she’s doing enough.

I can’t help but feel that she’s selling herself short. The former teen actor’s deep connection with the natural world has always shone through in her music — from her bucolic, banjo-plucked 2011 debut All of it Was Mine, to last year’s Ignorance, which cemented her as a critical darling. Tastemakers from The New Yorker to Rolling Stone hailed her fourth record as one of the top albums of 2021, noting its big, bright, ’80s pop sonics and radical vulnerability in expressing climate change anxieties through soundscapes as lush as the disappearing rainforests themselves.

“I truly believe that everyone on Earth cares about climate change as much as I do. It’s just that there are many barriers stopping people from expressing and feeling it — primarily guilt, shame, fear and defensiveness. My goal is to try and soften that,” she says, dispelling any notion of a holier-than-thou complex with her humility. 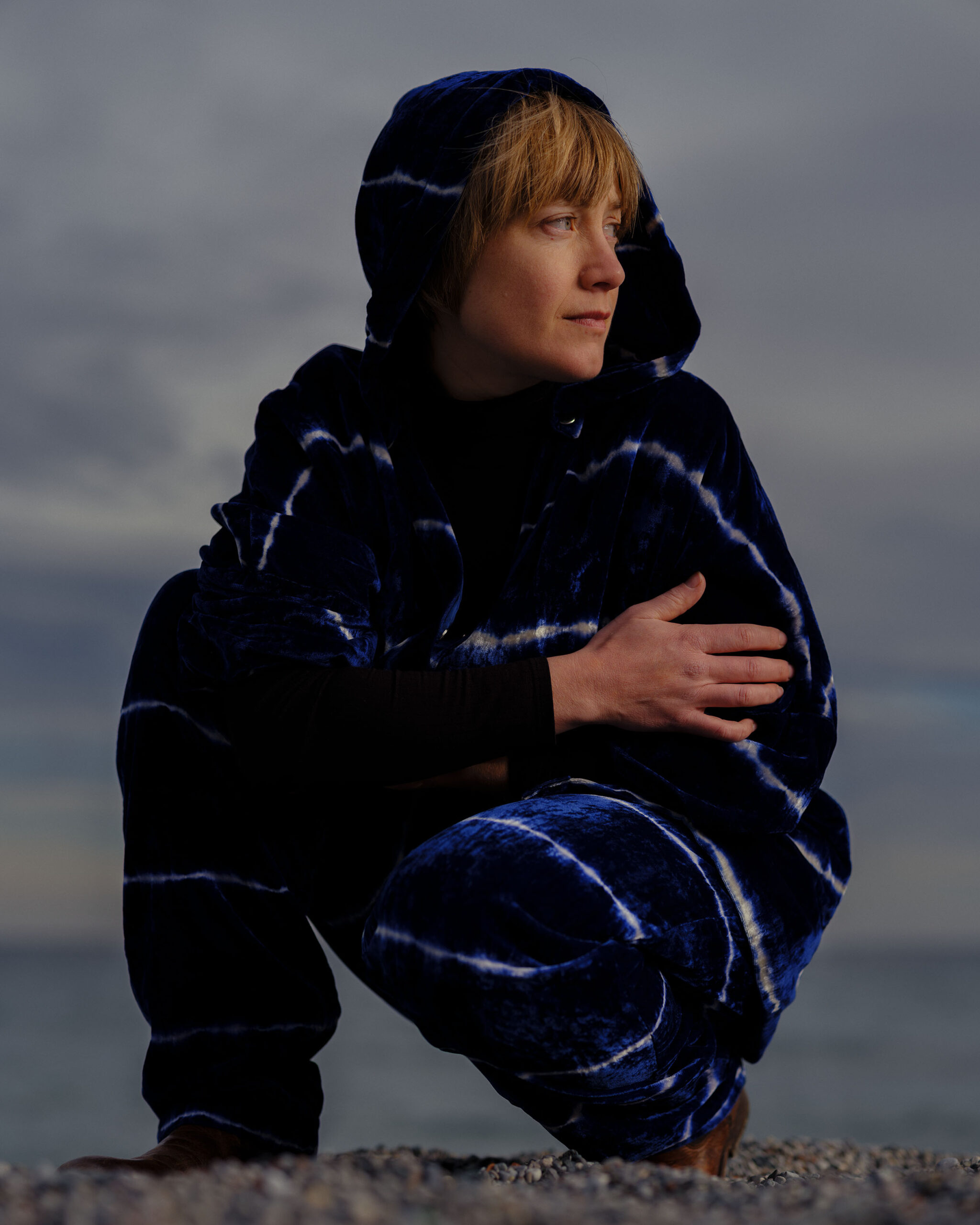 She Zooms me from her kitchen, and the background reflects the unpretentious, earthy warmth of her demeanour: softly glowing fairy lights, a dried bundle of lavender, a couple of mugs and a carton of eggs from the breakfast she presumably just finished eating.

The premise of our chat is her new record, How Is It That I Should Look At The Stars. Written at the same time as Ignorance, it’s the hushed, wistful night to its day.

If Ignorance was the dance floor on which to shuffle, the new record is the bed in which you come home to nestle. Like a collection of introspective lullabies, Lindeman tenderly cracks open her chest to let her most intimate feelings flow. As she oscillates in and out of love, contemplates the cosmos and grapples with society’s blind disregard for the environment, a sparse and mellow medley of piano, clarinet and lap steel muse along with her.

Across all of her records, Lindeman’s expressive voice stands out. Airy and translucent, it’s like a fine silk scarf swept up by the wind — the right gust of emotion and the whole thing swooshes up, rippling out to its full size, the next moment, a cross breeze sends it twirling down into a softer, quieter shape. She’s been compared to Joni Mitchell time and time again for good reason.

At times, I find myself wanting Lindeman to quicken her cadence, to give the tracks some more oomph—but she denies me. It’s exactly this type of capitalist-rooted, “more, more, more” mentality that she’s working to still. There aren’t any drums on the album, either. Their absence allows the music to take on a floating, untethered sensation.

If a slow-tempo record addressing the climate crisis doesn’t exactly sound like your idea of a Friday night, that’s perfectly fine by her.

“I just don’t care if people like it or not,” she boldly announces. “This record is not cool. It’s extremely earnest, it’s my gentle little creature.” Her indifference feels badass — perhaps because it’s emblematic of something that’s depressingly rare these days: Doing something just for yourself.

Without telling the labels, she assembled some of the most talented musicians on the Toronto jazz and improv scenes to jump in the studio. Over three fateful days on the brink of a little something we now like to call the COVID-19 pandemic, the band recorded the entire album at Canterbury Music Studios in Liberty Village.

“I didn’t tell lots of people,” she admits, “it felt so secret. It’s my private piece, whereas Ignorance was intended for the world.”

Especially when that vision is so intensely personal.

“When I wrote Ignorance, I kept having this experience where I would write something that just felt too gentle, small and personal. When Ignorance was finished, I kept looking back in my notebook and feeling a sense of not wanting these other songs to be lost, to be forgotten.”

Keeping true to the stripped-back ethos of the work, the entire record was recorded live off the floor. The band improvised while Lindeman sang and played piano, belying a type of technical mastery that one would assume takes years to acquire. But not Lindeman. Music is her second life.

Before she was The Weather Station, she was Tamara Hope: A teen actor in the titular role of Guinevere Jones, a high schooler with magical powers bestowed by Merlin (starring alongside Yanni Gellman, the actor who played Paolo in The Lizzie McGuire Movie, for all you Y2K film buffs). She also played Tilda Swinton’s daughter in The Deep End and even starred in a 2000 Disney Channel movie as the stepsister in Stepsister from Planet Weird. Her IMDB page reads like the ultimate after-school special.

Armed with not much more than some childhood music lessons, she set out to become a musician.

“I recorded my very first record myself, alone, on my computer in the early 2000s,” she smiles, before confiding that she wishes her first stab at music — a 2008 EP called East — was no longer online. “My introduction to music was so unsupervised.” 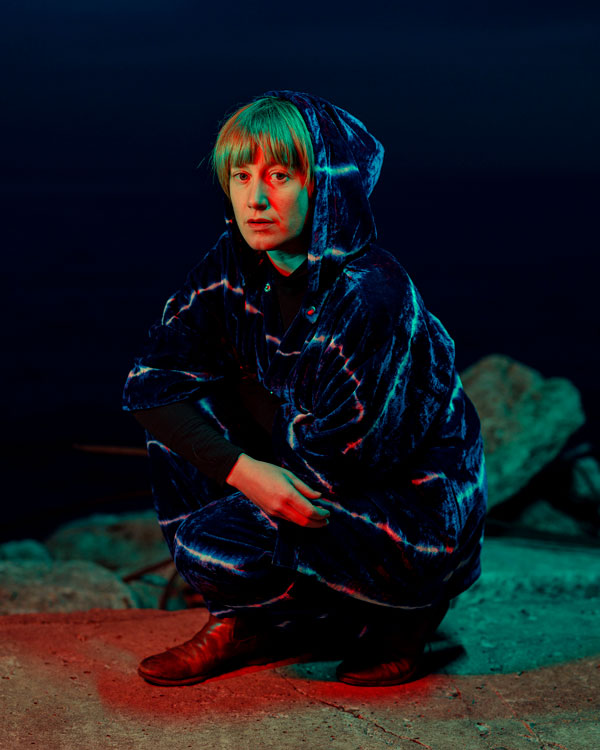 Her digital DIY trajectory is not unlike that of today’s TikTok artists. Only, she didn’t have their secret weapon: YouTube tutorials. They didn’t exist yet. She brings up a memory of performing at North by Northeast (NXNE) music festival in Toronto, where a manager scouted her. He told her she needed to get her record mastered: “And I was like, ‘What’s mastering?’ Then I went to go get my record mastered. And the mastering engineer was like, ‘Who mixed your record?’ and I was like, ‘What is mixing?’”

Impressive, then, that her highly praised 2017 self-titled record was completely self-produced.

“Most of the musicians I know are men who built their chops all through their teenage years, whereas I was coming to it later in life as a twentysomething. It’s something I share with most of the women I know in music — you don’t receive that encouragement to play guitar or write songs or any of that,” she says, alluding to the often problematic cultural practice of socializing children differently based on sex.

“But my outsider perspective has served me well. I don’t have any preconceived notions about what I’m supposed to do. I tend to do strange things,” she smiles.

Her latest arena of DIY experimentation? Fashion. She recently crafted a show-stopping stage ensemble with 41 yards of fringe and a suit.

“I wanted to look like a meadow,” she says, laughing. “I have a lot of failed attempts in my closet at various concepts. I was playing some festivals in September, so I dyed the fringe to match the late summer/early fall colours around me,” she explains of her getup, which bears a striking resemblance to a creature from Where the Wild Things Are.

It’s precisely these strange things, this optimistic curiosity, that’s made Lindeman so successful. Unafraid to experiment, fumble and do it wrong, she innovates without ego.

“When you grow up being a musician, you think everyone knows and cares about all the stuff you do. And most people don’t. All they care about is how it makes you feel.”

This is where Lindeman’s great gift lies: She can cut through the bullshit. With just one soft croon, she can distil a complex feeling into a single note. Her music is incredibly personal, typically rooted in relationships — with family, with romantic love and especially with the planet.

Take the single Endless Time from the new record, in which she woefully reminisces, “Strawberries and lilies in November rain, it never occurred to us to have to pay.” Floating atop melancholy keys, a breathy Lindeman mourns what she thought was an evergreen time, when love coloured her life and exotic flowers and fruits abounded. With a deep devastation at how we took it all for granted, she looks on from an overcast future where love has died, and our carbon footprint has finally hit the tipping point. The fact that it’s not too far-fetched feels chillingly apocalyptic.

But artistry and activism don’t always go hand in hand.

“It’s been really difficult. There’s a strange thing connected with any activism, especially climate activism. If you say you care about something, you’re immediately put in a box of being some sort of paragon of virtue. The perception is, ‘If you care about this, you must be a better person than me.’ It’s weird.”

She’s referencing the counterproductive idea that you have to be 100 per cent perfect in order to have a leg to stand on when advocating for environmental causes — or the cancel-culture mob will come for you in the comments. You have to be a perfect recycler, a perfect composter, a perfect home gardener with a perfect little #cottagecore garden out back. But, unless you’re Gwyneth Paltrow, it just isn’t realistic.

So, Lindeman is doing what she does best: Putting words to what are often intangible, overwhelming feelings of climate anxiety. Should I stop driving my car? Why are all the billionaires in space? Are my grandkids going to have to colonize Mars? Should I even have kids? In acknowledging these fears in her brilliant music, The Weather Station forecasts clear skies. In opening the heart of climate emotions, she creates a sense of calm and community — which is the first step in mobilizing for change.

And as she shimmies back into her Where the Wild Things Are fringed suit on her international tour this year, she leads the charge into a greener world order — one gentle, pure, uncool song at a time.