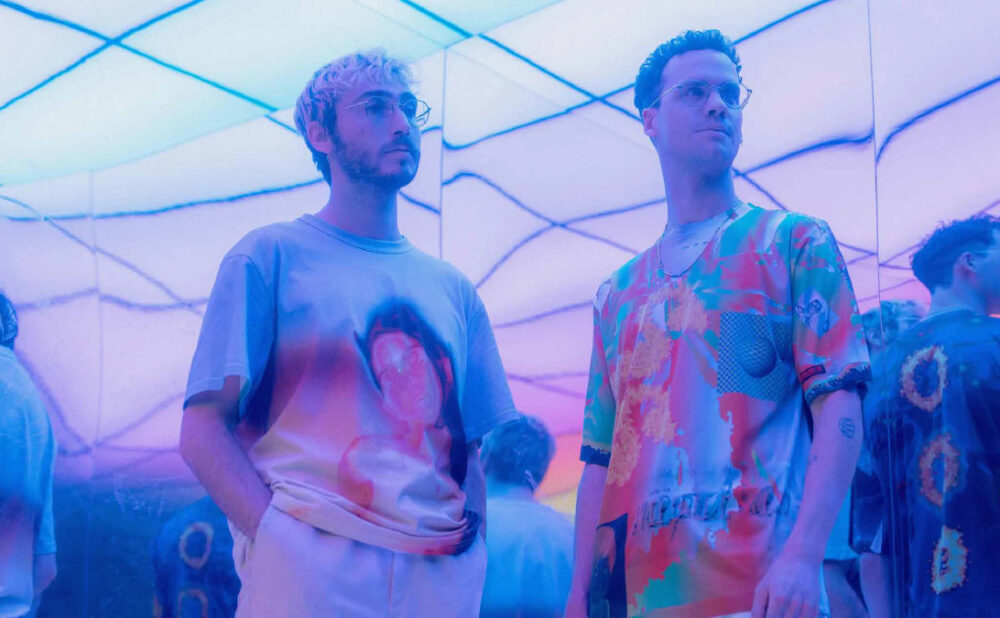 Who: Whitney
Where: Phoenix Concert Theatre, Toronto
When: Thurs., Dec. 15
Vibe: Mellow love-in on stormy night as “honorary Canadians” from Chicago receive pseudo-hometown embrace from audience that includes some arm-wavy, jam-band-style dancing.
Highlight: When lead singer Julien Erlich launches into Giving Up early in the show, it’s as comforting and reassuring as lighting a wood stove on a stormy night.

On a stormy night in Toronto — though not the promised Snowmaggdon — an eager Phoenix crowd greets vibe-y, psych-folk Chicago band Whitney like hometown heroes, which somewhat makes sense for a band who records on the excellent Secretly Canadian label.

But once Erlich settles into his drum kit at the front of the stage and unleashes his irresistible, falsetto voice — the passion of his understated words underlined by his beating on the drums — it’s clear we’re being entertained by pros.

And when the band plays the now classic Whitney track, Giving Up, from their excellent second album, Forever Turned Around, the deal is sealed; the crowd knows it’ll get the soothing and sensitive show it came for. It’s as if a comforting, giant wood stove has been lit to warm the bodies and the souls of those rain-and-snow-soaked attendees in the room.

It’s impossible not to compare Whitney with another outfit that artistically straddled the 49th parallel, The Band — a bunch of mostly Canadians who deftly created Americana myths.

The Band was also featured a falsetto-fuelled powerhouse drummer (the one U.S. member, Levon Helm) and Erlich deserves the flattering comparison to the legendary performer.

And, like The Band, Whitney’s members trade off instruments throughout the night, a solid team pitching in: the kind of plaid-wearing folks who would help you move a big piece of furniture.

While Whitney’s roots music bonafides are clear, the band can also, at times, sound like a gentle R&B outfit.

There’s a humility to Whitney that feels, well, Canadian, with tight playing and entrancing, image-rich vocals doing the talking. Among the few words Erlich shares with his devoted fans during the show, he twice mentions he had a “real” Canadian Thanksgiving this year.

He eventually reveals that both he and Kakachek are dating Canadians and that, in fact, Erlich spent his Canadian Thanksgiving in Toronto — a city he claims to love with more authority than when this is usually uttered by a visiting performer.

And when he name-checks Raptors star O.G. Anunoby and laments the team’s fortunes, you can hear an audible sigh of adoration settle over the crowd.

The show only slightly starts to lose its gentle intensity when Erlich, mid-set, takes a too-long break from the drum kit, playing acoustic guitar for a few songs that start to feel a little aimless by the end of the second tune.

When Erlich sits back behind his kit, it’s as if he lifts the crowd back up on his shoulders, the room reassured not just by the steady beat but his even steadier, quietly commanding presence centre stage.

Towards the end of the show, around encore time, Erlich jokes that the band is about to head off stage, “take a pee” pretend they’re not coming back and then will definitely return for a few more songs.

Good for his word, after a brief encore charade, the band returns for a delighted crowd with killer tracks — including No Woman and one of their most upbeat numbers, the closest they come to a “hit” Valleys (My Love) — sending the buzzing crowd back out into the slushy night with big smiles and the good feeling that comes from a warm embrace delivered by good friends.