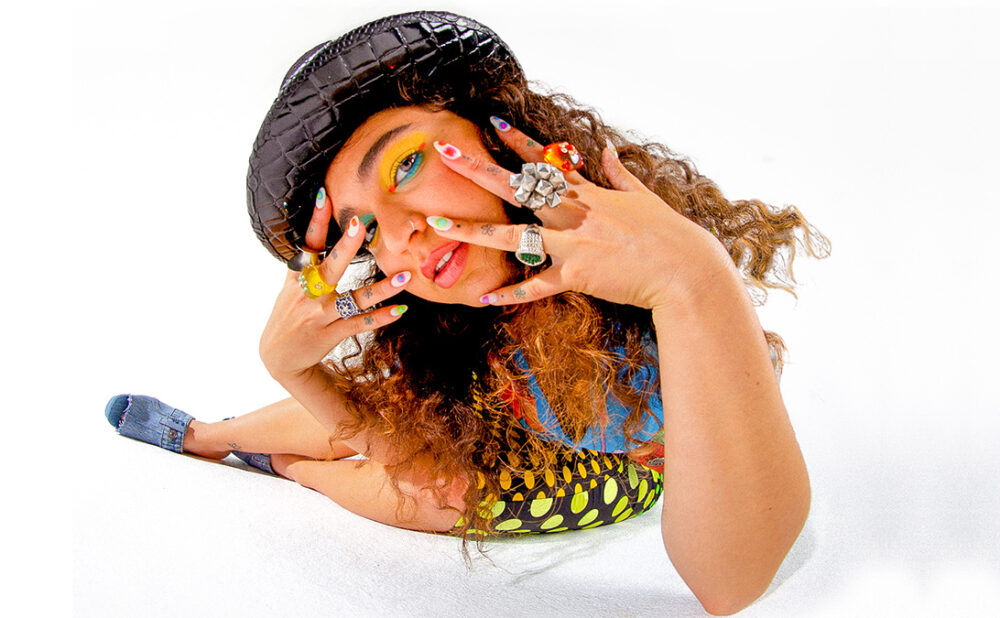 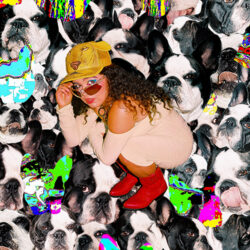 Sound: Harmony-filled funk-soul pop, punctuated with quirky sound effects.
If you like: Tierra Whack, binki, BENEE
Why you should listen: Packed with wonderfully weird referential lyrics and kooky-catchy compositions, the experimental stylings of this Californian mega-talent are redefining what’s possible in pop.
Best track: Liquor Store

On any given night, there’s a chance you might find avant-pop sensation Remi Wolf nestled in the back of a restaurant in L.A.’s Koreatown at a table for one.

“I go and cook my meat alone at Korean barbecue. Doing that is solid decompression vibes for me,” says the 25-year-old artist, who boarded the roller coaster reserved for pop stars on the rise back in 2019.

Wolf’s wonderfully wacky and impressively innovative new brand of funk pop is the sonic equivalent of a good-time sugar rush. Listeners are feeling a lot more sweet than salty about the unconventional new sound: her most popular single, Photo ID, clocks in at over 10 billion views on TikTok and she hasn’t even dropped her debut album yet (due October 15).

The Palo Alto native’s fresh sounds are much more than DIY pop bops designed with the intention of going viral, though — her formally trained vocals and natural talent mean she can scream like Janis, sing smooth like Amy and serve sass like a Spice all in one track.

I’m a very improvisational writer. I don’t like to overthink shit too much

“My brain just goes to those places,” Wolf explains of her music’s quirky-girl energy and madcap lyrics that reference everything from bubble gum and bubble butts to viscerally disturbing horror flick Human Centipede.

“I don’t really have an explanation for it, other than I’m a very improvisational writer. I don’t like to overthink shit too much, don’t like to rewrite anything. I mean — it’s all very true to me. I’m telling my story, even though, to most people, it’s a little disjointed and crazy. That’s just my expression.”

Wolf, who went “pretty far” on an American Idol stint when she was 17 and graduated from USC’s prestigious music program, began making a name for herself with 2019 EP, You’re A Dog! and its 2020 answer, I’m Allergic To Dogs! Now, completing the trifecta is her earworm-heavy debut Juno, eponymously titled for the handsome little French Bulldog she adopted during the pandemic.

We catch up over a lunch hour Zoom — she joins the call with a big grin on her face and a yellow and brown-striped knit hat on her head. It looks like a psychedelic mushroom cap, and it’s struggling to contain her wild, dark curls. Holding an iced coffee in one hand and her phone in the other, the picture is essentially a shaky FaceTime — but her casual approach draws me in, like I’m chatting to a friend. Making sure my background was tidy almost starts to feel like overkill.

“Welcome to the fucking show, my girl,” Wolf chuckles, as we start joking about both turning 25 this year. I ask if she also experienced a quarter-life crisis.

“Yeah, I went to rehab,” Wolf laughs incredulously. “I had a crisis. Still having a crisis.”

I’m in awe of her honesty and willingness to lay her cards on the table.

“These past two years have been the hardest years ever,” she elaborates. “Especially being in my 20s — my career going off in COVID, having everything change around me but being isolated through the whole thing. It was a very strange experience. The artist lifestyle is proving to be really crazy. It’s crazy out here!” She says, half-joking as she delivers the last line.

The thirst for fame in the City of Angels only adds fuel to the fire.

“In my career, especially living in L.A., people want shit from you. A lot of them don’t have pure intentions.”

Wolf addresses her newfound sobriety head-on in the very first track off the new album, Liquor Store. It’s a boisterously catchy electric guitar-propelled piece featuring Wolf shouting in tune about her fear of being cheated on and how she would “always want more walking into the liquor store.” The surrealist music video sees her frenzy-dancing in a rainbow claymation supermarket full of colourful booze.

Wolf is making videos for all 13 songs on the album. The five she’s already blessed the internet with have a retro Treehouse TV-core aesthetic.

“I’ve been working closely with this girl, Haley Appell. We take a lot of inspiration from kids’ shows, like Bear in the Big Blue House, Big Comfy Couch, Pee-wee’s Playhouse and The Doodlebops,” she explains.

“I’m the oldest of four kids, so I watched baby shows until I was like 14 or something — I think the images are burned into my brain. I just love how fun and crazy and whimsical kids’ TV is. Especially back in the day when there were less rules and people were trying to do this real-life cosplay shit.”

“I’ve literally dressed the same since I was five years old. I just go with my intuition: colours and patterns and layering and comfortability. And hats,” she says, addressing her signature garment.

Her personal style is a major touchstone in her kooky-chic brand. She’s rarely caught without a lid — be it of the bucket, trucker, beanie or wide-brimmed variety.

“Jimmy Paul is the amazing designer of all those feather hats I’ve worn. He does some really wacky fucking stuff. In the past year, I’ve been opened up to the world of high fashion. It’s really fun, but I’ll always be a thrift-store baby at heart,” she says fondly.

Between her absurdist lyrics, her experimental production and her fun, otherworldly videos, Wolf is redefining pop music with her wonderful brand of weird. But how did she get so comfortable being her wackest self in the public eye?

The secret is her working relationship with producer and long-time best friend, Jared Solomon — he’s the guy with acid blonde hair, slapping guitar and bass in her videos.

“Part of the reason I’m able to be my truest self in my music and not feel weird about it is we know each other so well. We both bring out our most creative selves and foster such a comfortable environment. It’s an interesting life to maneuver through right now,” she explains of being a professional artist, “it has its downsides. But, overall, I feel really supported.”

This fall sees Wolf back up on stage with shows in the U.S. and in London.

And for her next trick: “I’m excited to release the album and move on to a new chapter, artistically — go out to a farm or something and write an album in the woods.”

Until she has her Taylor Swift folklore moment, you just might catch the avant-garde pop queen practising self-care by frying up some meats on a Koreatown hot plate.