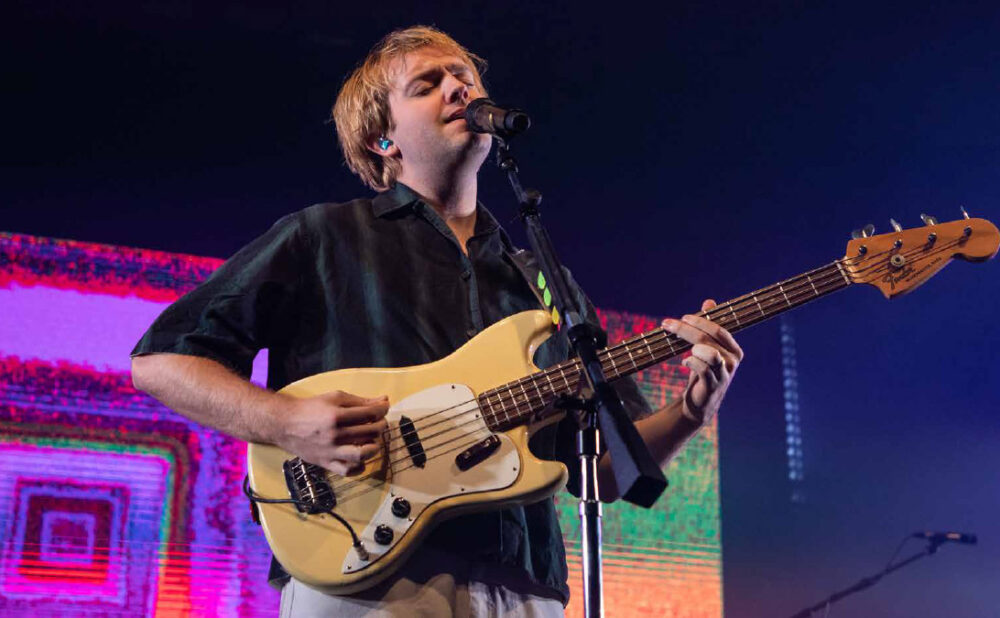 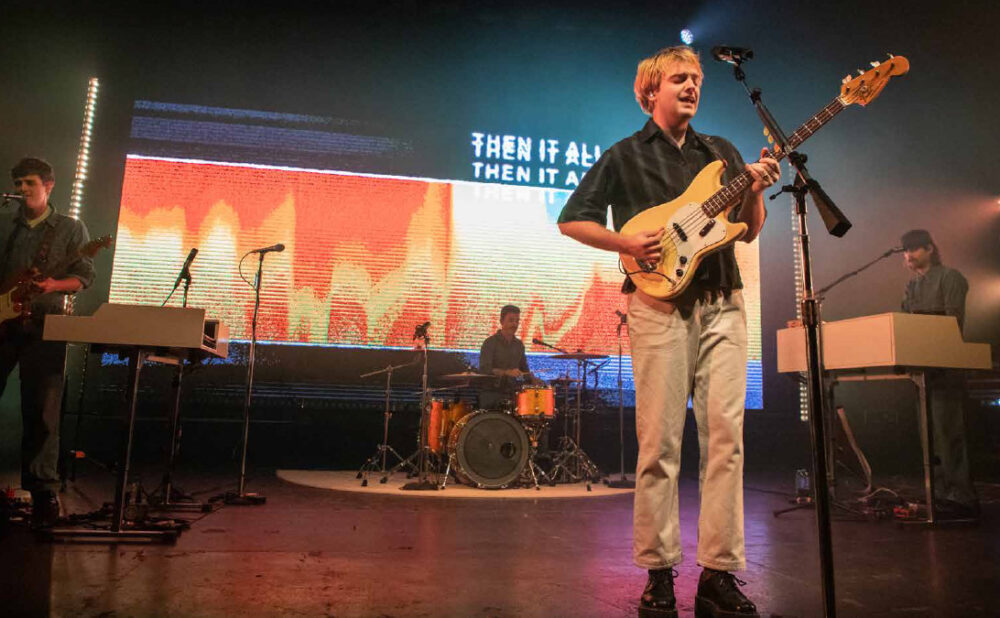 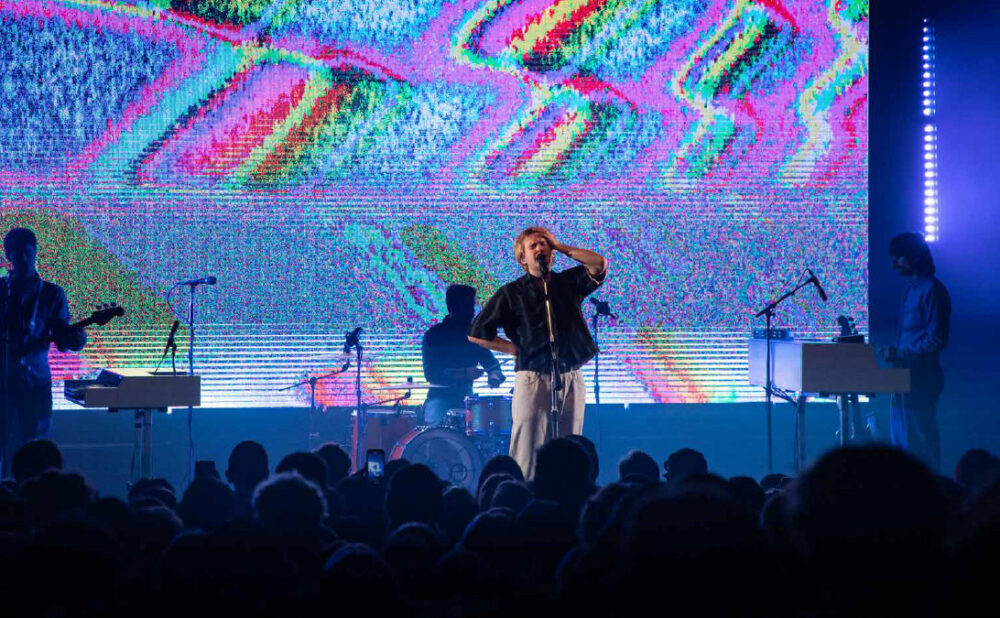 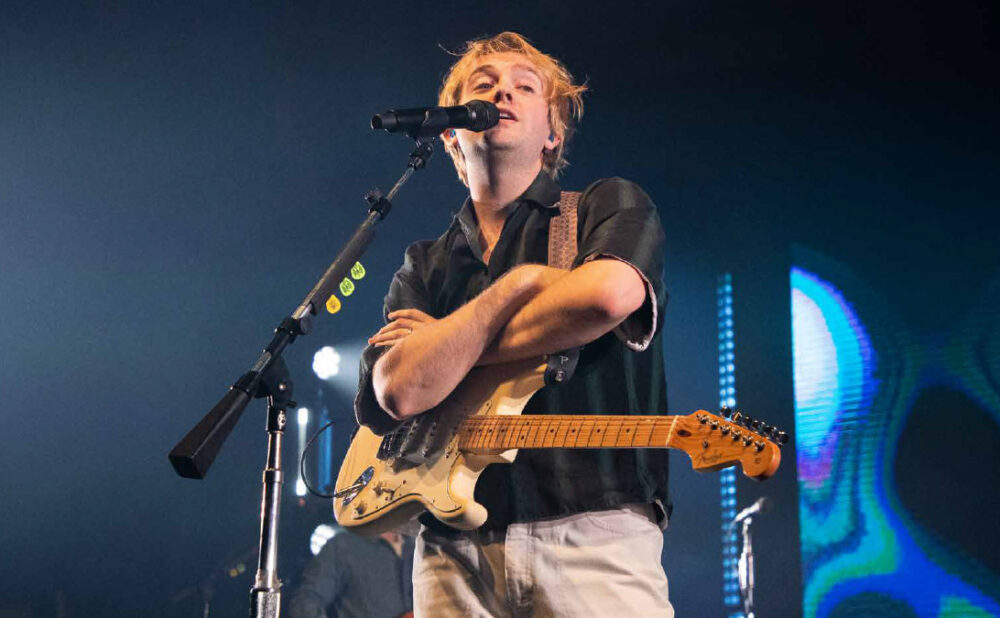 Who: Dayglow
Where: The Danforth Music Hall, Toronto
When: Tue., Nov. 22
Vibe: Juicy synths and electric harmonies that really get your feet moving
Highlight: Dayglow playing some quick mashups of cover songs
Next: U.K./EU tour in February

Sloan Struble of Dayglow glides across the stage, bopping along to his bubbly tunes. He’s encouraging the crowd to dance along with him, so upbeat and energetic as though he’s leading an aerobics class. He switches between playing guitar, bass and running around the stage with just his mic, ever light on his feet.

Like many other tours, the Canadian show dates from Dayglow’s 2021 Harmony House Tour had to be rescheduled. A fan in the front row even has a cardboard sign that reads, “I found my Harmony House on 11/22/22.”

Between then and now, a new Dayglow album, People In Motion, was released. Tonight, it’s a full house at the Danforth Music Hall for Dayglow’s People In Motion Tour (with opening band Ritt Momney).

The band members are all wearing matching Doc Marten boots and jumpsuits. During the set, Struble introduces each member of the band and then turns it over to the audience to all introduce themselves at the same time on the count of three in a loud, chaotic mess. You can even catch a hint of Struble’s Texan accent as he chats before playing.

Since their 2018 debut LP Fuzzybrain, Dayglow have already released three full length albums, meaning they’ve got a large discography to choose from for their set. They play nine out of 10 songs from People In Motion, with the crowd showing a lot of love for the new songs.

Reflecting on the recent changes in his life, Dayglow present a new reworked version of Junior Varsity, which is befitting for a song about change. The band deftly weaves mashups of Dayglow songs and classic covers like Funkytown and You Can Call Me Al throughout their set, paying homage to the songs Struble draws inspiration from for his own youthful ’80s-synth-heavy sounds.

Among the set are other Dayglow hits, like Close To You, Hot Rod, Something, Then It All Goes Away and Medicine. Near the end of the concert, the opening chords of Can I Call You Tonight? invoke the loudest cheers and crowd singalong of the evening. The night is colourful, cheery and ever so delightful.

“Toronto, I can’t wait to be back, baby!” Struble promises.