Dope Lemon Goes on a Trip in Rose Pink Cadillac

The vibey australian curio’s third record is a sensual and psychedelic mirage. 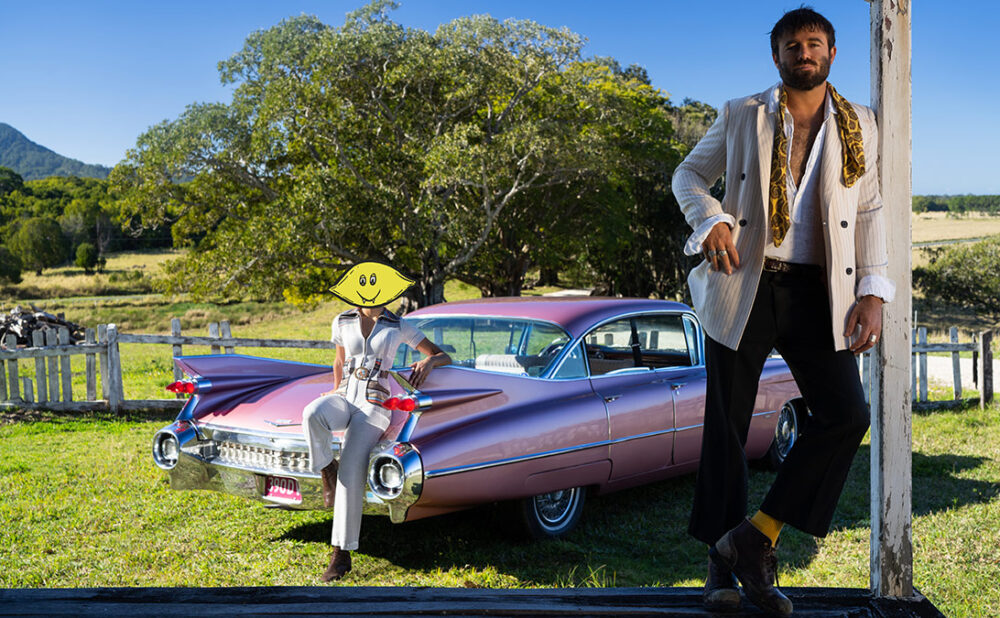 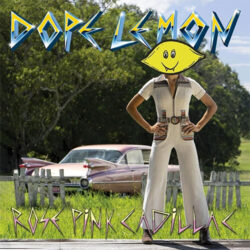 If you like: Winston Surfshirt, Tame Impala, Tash Sultana
Sound: Wavy soundscapes of sliding guitar licks, echoing vocals and breezy melodies.
Why you should listen: This sensual mirage of a record melts influences from old-time westerns to yacht rock while carrying you on a psychedelic sunbeam to a beach … blunt in hand.
Best track: Rose Pink Cadillac

What do mascot cat suits, vintage cars and yellow citrus fruit all have in common? Experimental Australian artist Angus Stone.

Before he was creating hazy psychedelic tunes under the Dope Lemon moniker, he proved his musical chops alongside his sister as the internationally beloved dream-folk duo Angus & Julia Stone.

Going solo as Dope Lemon, Stone is cooking up some of the most intriguing vibe-out music from down under. In his third record, Stone drives down lovers’ lane in a shiny pink Cadillac while melting everything from cowboy twang to retro surf rock guitars in one trippy pot. It sounds like the sensual soundtrack to a blissed-out ’60s playboy pool party — fitting, then, that he recorded it on his private ranch where he’s rumoured to throw some pretty legendary parties of his own.

“I was told not to really talk about it, but whatever. Fuck it. I’ve been experimenting with DMT a bit and the car came into one of the experiences. It also came to me in a dream — I had this reoccurring one — this car with wings. At the time, I was falling in love with someone. That song for me is really special. The whole thing is less is more, and more is too much.”

“When Julia and I first started writing music, the French took us under their wing. That was where we had the biggest following when we first started. I think maybe the French love seeing people being vulnerable and passionate in their art.

“When it came to the new record, I had some poetry I wanted to translate into French. My friend Louise Verneuil, this actress/singer/model from Paris, came to the ranch and sang on a song called High Rolling. I think it’s going to be a pretty magic one.”

“Oh man, that was a late, drunken online purchase. I just had this idea on my second record, Smooth Big Cat. I was lying in bed on my computer, and I ended up buying like 15 mascot cat suits. It wasn’t cheap. I woke up in the morning and I was like, holy shit. That was crazy. In the end, we used them in the music video for Hey You, it was just a whole lot of fun.”

“I’ve been collecting jackets from around the world for the past 10 years. I love going to the markets and just finding the oldest looking piece and talking to the person that’s selling it. It’s more than just looking good — when you wear it, it feels like the moment that person wore it back in the day. When I’m touring, I’ll wake up and walk downstairs on the bus, and the tour manager will have an itinerary of all the antique and vintage places printed out for me.”