Lovable rapper delights fans with dance moves and all the hits 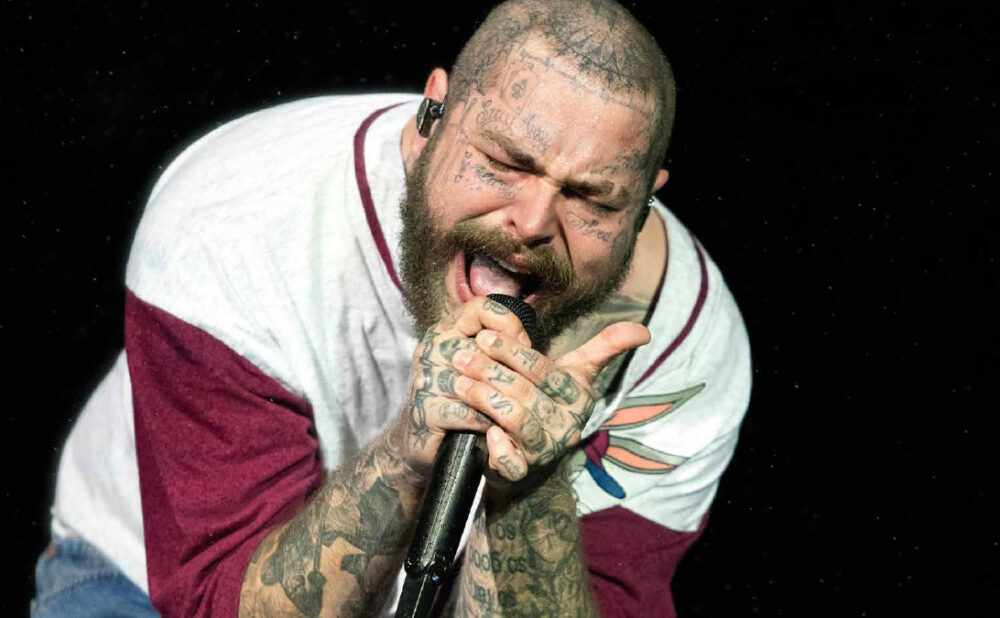 Adorable rapper Post Malone has the dance moves of a slightly clumsy, slightly drunk friend at house party at 2 am —  and they’re on full display at his basically one-man show at Scotiabank Arena Tuesday night in Toronto.

His one-of-us-made-good vibe is just one of the many things that makes this extremely likeable performer so adored by his fans. An almost 20-minute stage-side autograph session after the show is another.

Dressed in a sloppy T-shirt and baggy shorts, the worldwide sensation wanders and roams the three ramps that pierce the floor crowd throughout the night, rapping and singing to tracks with decent lighting and enough pyro to routinely warm fans’ faces.

No dancers, no band and though there’s a big video wall, there’s nothing fancy on it — just mostly grainy shots from the performance. And when there is a blast of flames, there’s almost a randomness, like a Hail Mary of showmanship.

Postie’s like that pal hosting one of their first parties at their place: they’ve invited all of their friends over, and those friends are then greeted by only a couple of bowls of Cheesies and salt and vinegar chips when they arrive.

“But I got beer,” you can almost hear him say. None of it matters, though, as we’re all rooting for the singer and not just because of his recent stage fall. It’s all more than enough when coupled with the excellent songs and the sincere, effecting delivery.

From the first track, Reputation, we’re reminded the dude’s romantic as fuck as love songs and longing pepper his heartfelt setlist. Who couldn’t love a guy with a heart this big?

He snaps the show to attention with the massive, beat-powered — and aptly named — Wow, and he drops slightly goofy dance moves to roars of approval, including showing us his floss skills, a move that seems to delight the singer as much as the crowd.

Malone spends almost half the night doubled over, not because he’s ill but because he is bent down high-fiving, shaking hands, bumming drinks and getting lights from the fans that ring the runways.

Sometimes, when he drops to his knees to sing, his words drip with passion; other times, he looks like he’s trying to find his keys — who hasn’t lost their keys?

Mid show, the stage opens up — careful Postie — and a guitar, mic stand and a stool emerge to Malone’s great relief as he happily grabs a sit down.

And like that guy at the party who picks up the acoustic guitar in the corner and then dazzles everyone with his voice, he proceeds to showcase his excellent, real -life vocals, after tracks had bolstered his singing while he roamed the stage.

After a few heartfelt songs that really do showcase his voice, even with some autotune tricks, Malone uses Circles to transition back to party vibe and hop back up from his seat to prowl and dance — and floss — some more.

You almost expect him to step up over empty pizza boxes and other house party detritus as he makes his way around the arena.

A few shimmies, a few shakes, some more flossing, all of the hits, including Sunflower, Congratulations and White Iverson, and then, that’s it. Lights up, a few more, “I fucking love yous” from our host, and we’re expected to leave.

Except Postie doesn’t; instead, he’s back down on his knees grabbing running shoes, T-shirts — anything and everything from the audience around the stage — and signing it all while Shania Twain’s Man! I Feel Like a Woman! blasts over the loudspeakers.

The hall drains its audience, but Malone slowly makes his way along the stage, continuing to sign for almost 20 minutes after the show’s finish.

I ask a veteran usher if he has ever seen anything like this before.

“Last week,” he says, explaining that Joe Walsh from the notoriously unfriendly Eagles also did a stage-side, after-show signing. Postie should invite the fun-loving Eagles guitar player to his next celebration — I suspect they’d get along.