The conference began Wed., Sept. 28 while showcases ran from Thurs., Sept. 29 through Sat., Oct. 1. The festival kicked off with shows downtown and in Inglewood while the weekend shows were concentrated in the city centre.

Here are some of our favourite acts at BWO: 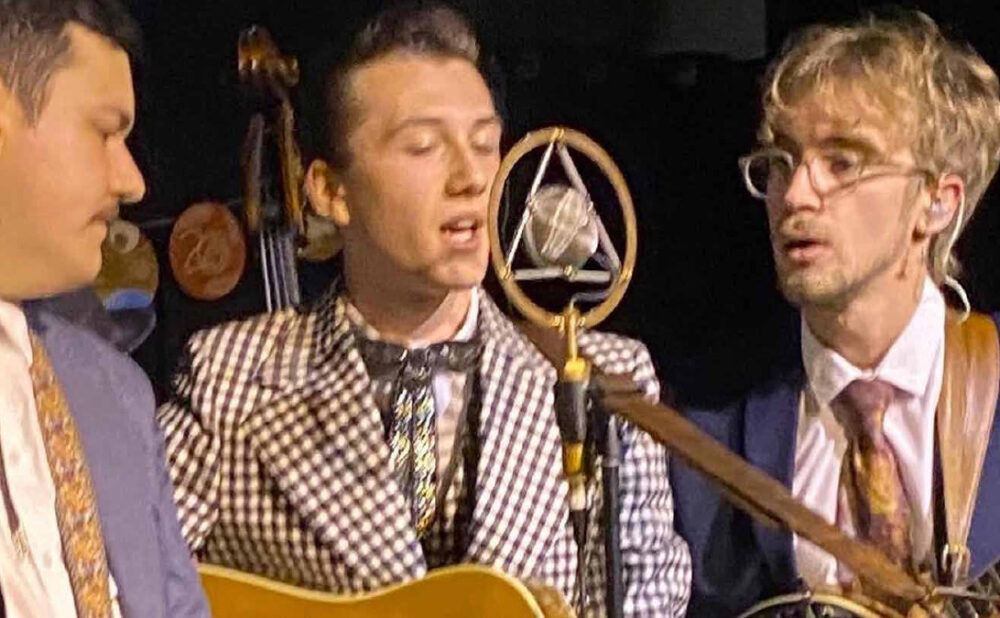 We’ve been hooked on Saskatchewan’s Jake Vaadeland and the Sturgeon River Boys since we saw them at NXNE in June, so we grabbed both chances to see them play — many BWO acts played twice — starting with the perfect venue for these country crooning, old time corn pokes: at the Ironwood.

The Sturgeon River Boys cut a fine figure in their vintage suits before the guitar player goes C&W hype man, heralding Vaadeland’s arrival on stage like an announcer on an old-time radio show whose signal has somehow found its way from Arkansas to Alberta and about 90 years into the future.

And then Vaadeland strides confidently on stage with the best suit of them all and a steady smile and rockabilly Elvis good looks with some Will Rogers thrown in for grain-fed gravitas. Vaadeland proceeds to charm, cajole and chuckle, the kind of fella people want to take home and serve a slice of pie. His gorgeous singing, stellar band and committed showmanship turn any performance into a full-on show.

Vaadeland sings his own original tunes that carry the soul of songs much older. From touching, impossibly world-weary ballads — he’s only 19! — to instant dance classics that swing, Vaadeland’s music evokes the best of a bygone era with the intimate urgency of something brand new.

Vaadeland never breaks character and his corny jokes at the expense of hapless bandmates along with banjo duels, dance moves on the standup bass and fantastic hair-combing skills make these prairie tumbleweeds a must-see whenever they roll in.

The Ironwood crowd give Jake and the boys a roaring, sustained standing ovation — a total rarity for a showcase event. 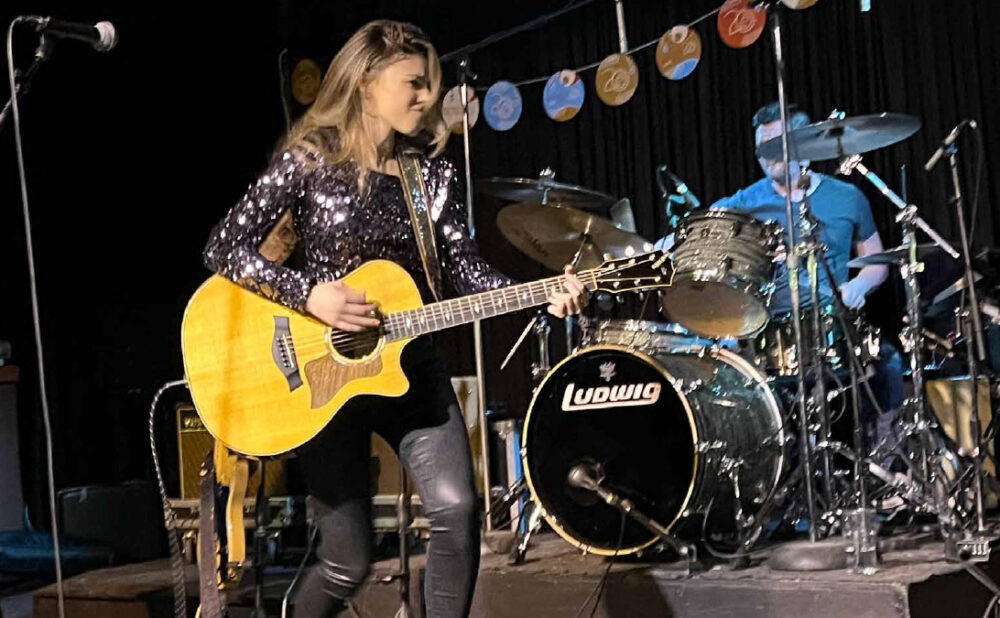 Rising Alberta country artist Hailey Benedict clearly loves Ironwood’s big stage as the black-leather clad singer routinely charges from one side to the other while wailing on her guitar. While her show has plenty of classic country ballads and country-pop tracks, rock lurks at the core of Benedict’s sound.

The night after her Ironwood show, Benedict plays the Calgary Legion and finally surrenders to her rock urge, delivering a searing medley of all the power tracks she played in her bedroom as a kid growing up, including AC/DC and Guns n’ Roses. 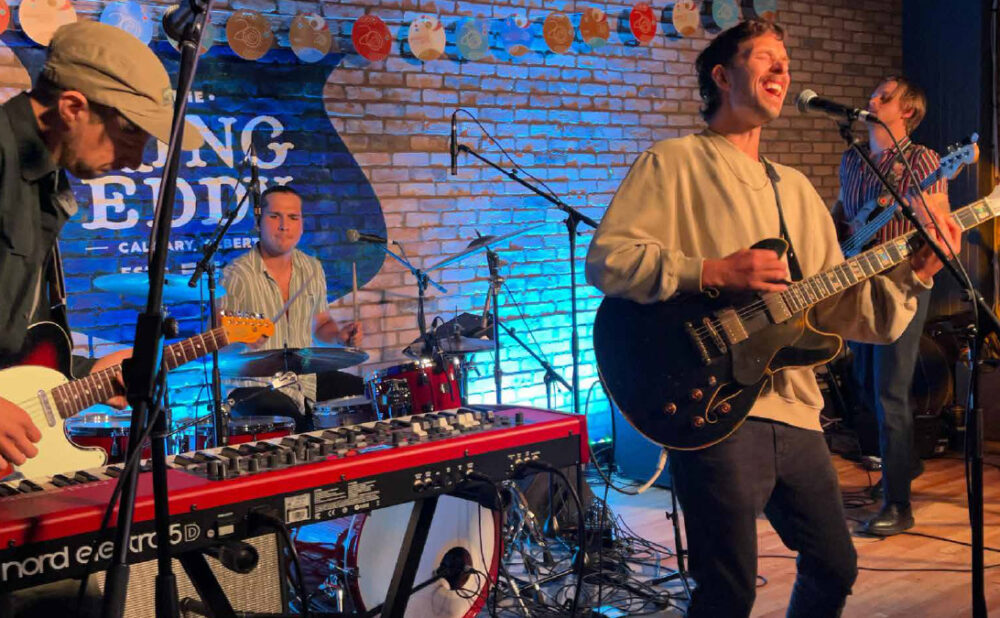 Calgary’s alt-rock good-time guys charm the King Eddy with a somewhat mellow set before turning up the heat for their shows on the Legion’s bigger stage the next day. Fan favourites who can do no wrong. 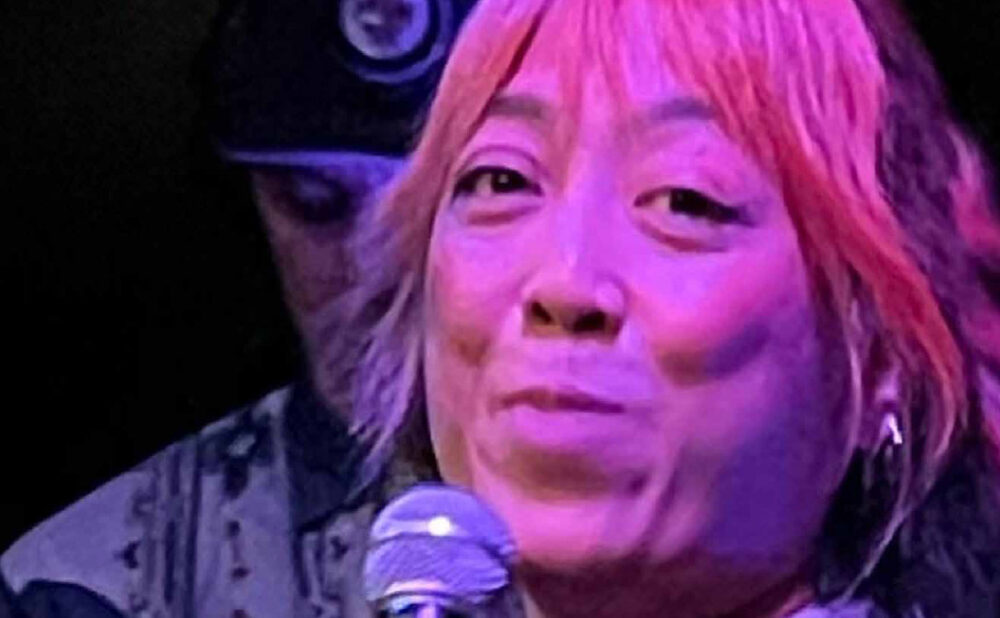 Talented Icelandic rapper Ragna Kjartansdóttir and her bandmates in Cell7 are beaming when they arrive at the somewhat improvised stage in the lobby of the Grand Theatre Friday night. Her drummer and DJ are both all smiles having bagged serious Calgary Flames swag to take back home. Drummer Magnus Trygvason Eliassen is feeling especially dope, sporting a full flame-trimmed, Flames windbreaker that will no doubt cop Eliassen a few admiring stares on the streets of Reykjavik, the folks of their volcano-ringed island knowing a thing or two about flaming stuff. It’s an upbeat affirmative set packed with call-and-response and positive messaging from Kjartansdóttir. 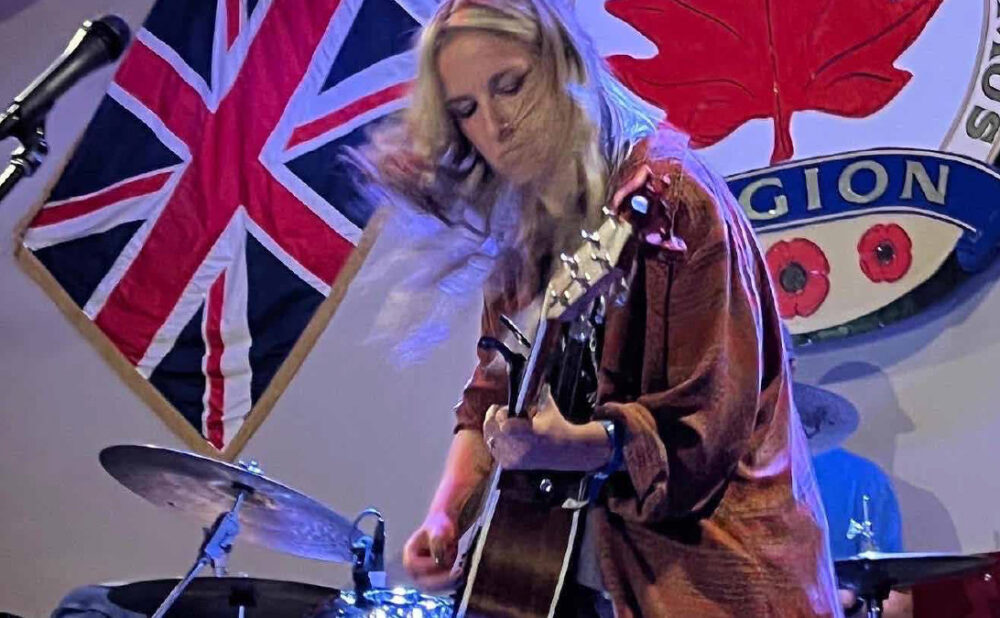 Confession: we went to the Legion looking for a second Jake Vaadeland and the Sturgeon River Boys show and ended up accidentally seeing one of the best performers at the entire festival, Alberta-based singer/songwriter, Amalie Patterson — such are the joys of showcase festivals. Initially a somewhat unassuming presence on stage, like a rising rock beast, Patterson quickly takes control of the stage and her indie rock outfit, dropping searing, sizzling vocals that are, at times, evocative of rough and raw Janis Joplin with all the incumbent urgency. The inaugural poet laureate of Banff and recent winner of the YYC Calgary Music awards alternative album of the year, Patterson is a powerful rock voice to watch. 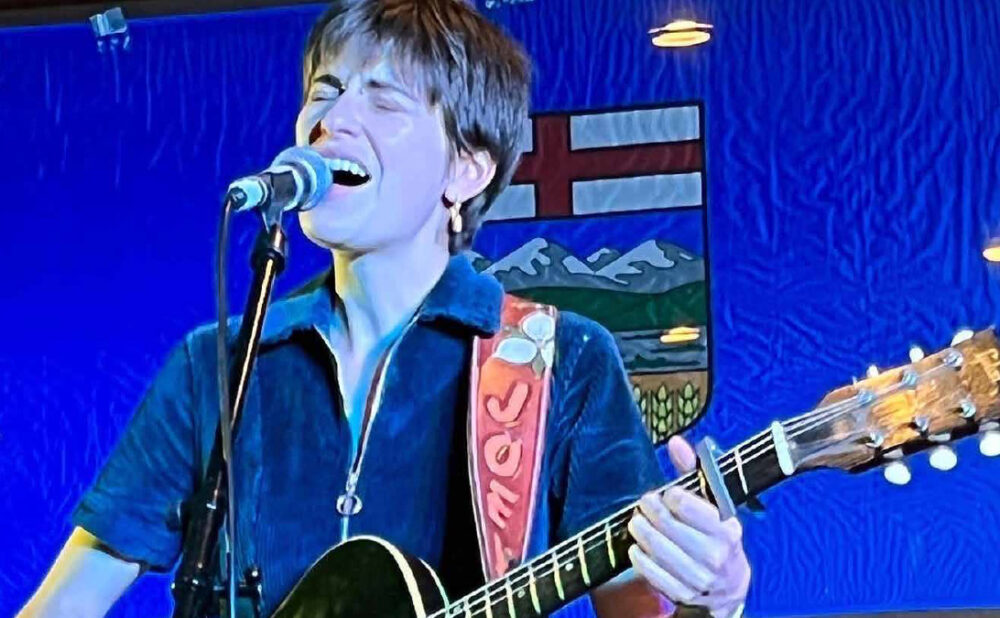 This enigmatic and edgy Yukon-based folk singer with bite really, really loves dogs. She recently completed a dog park tour of Canada where she performed for mutts and their humans across the country in said parks. A couple of her tracks are heartfelt testimonies to canine constancy and her cover version of TV’s Littlest Hobo theme, Maybe Tomorrow, is absolutely touching, even a little heartbreaking. 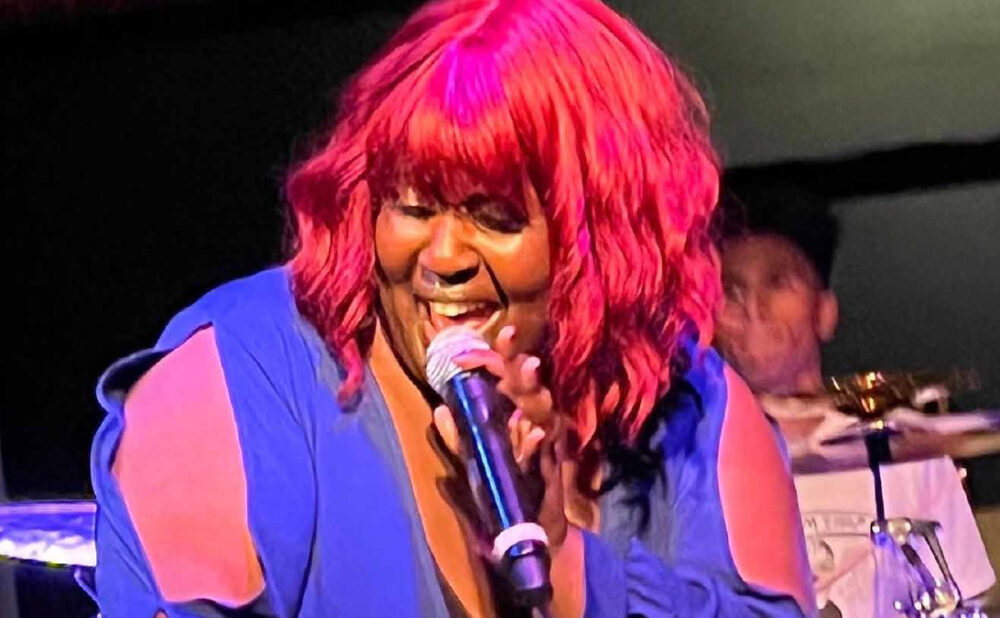 Vancouver-based, African-born rapper and soul singer Missy D knows how to make an entrance — and her command of the tiny Grand stage never stops once she joins her jazzy band for a sizzling and satisfying set performed in French and English. Moving comfortably and with command from either language and many genres, Missy D has star power that makes any stage seem major. She smoothly raps, sing and jams with her band who move easily from beats to jazz vibe without ever getting indulgent. One to watch. 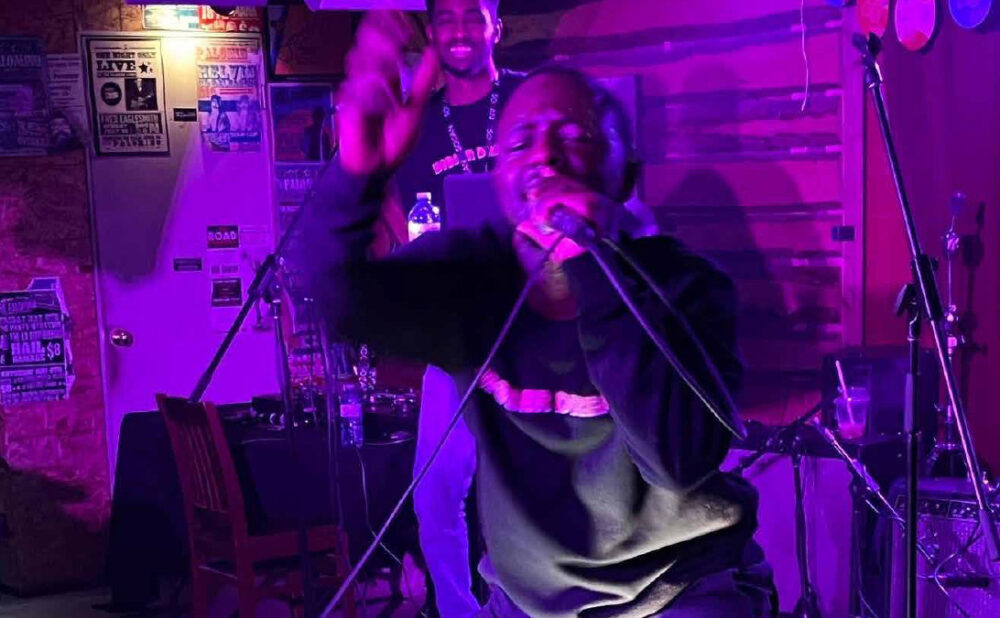 Still buzzing about his track getting played at the recent Raptors exhibition game in his Edmonton hometown, Sudan-born Mouraine prowls the basement stage, barely avoiding it’s low ceiling with his ever-bobbing head, like an impatient point guard eyeing a route to the net, determined to break free. Mouraine’s urgent raps are made all the more so as he cajoles and commands the audience to come closer to the stage as he balances on monitors and spits rhymes with the intensity of a warning. Eventually, he’s into the crowd as his DJ pumps the beats and he passes and pounces from one corner of the crowd to the other. Mouraine almost grabs the crowd by its collective collar as he dares a roomful of now-new fans to listen and sing along. 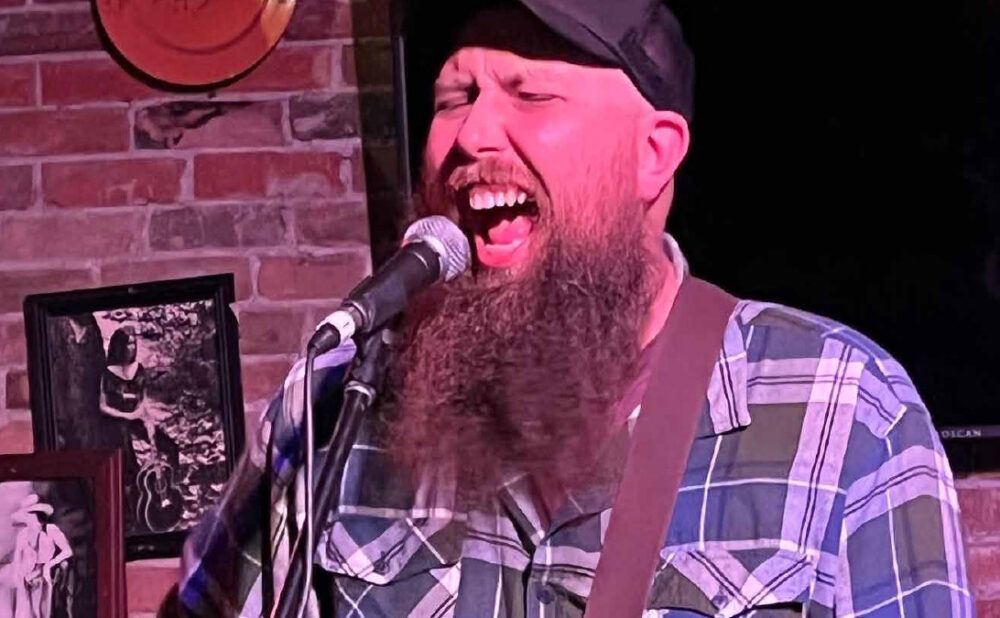 Geoff Smith from Gunner & Smith at the Palomino

They may have been playing upstairs at the Palomino but the deep-down, big, bassy, gravelly vocals of lead singer Geoff Smith could have been coming all the way from the bar’s basement. Rich and raw, Smith’s barrel-chested vocals deliver solid Americana roots rock.