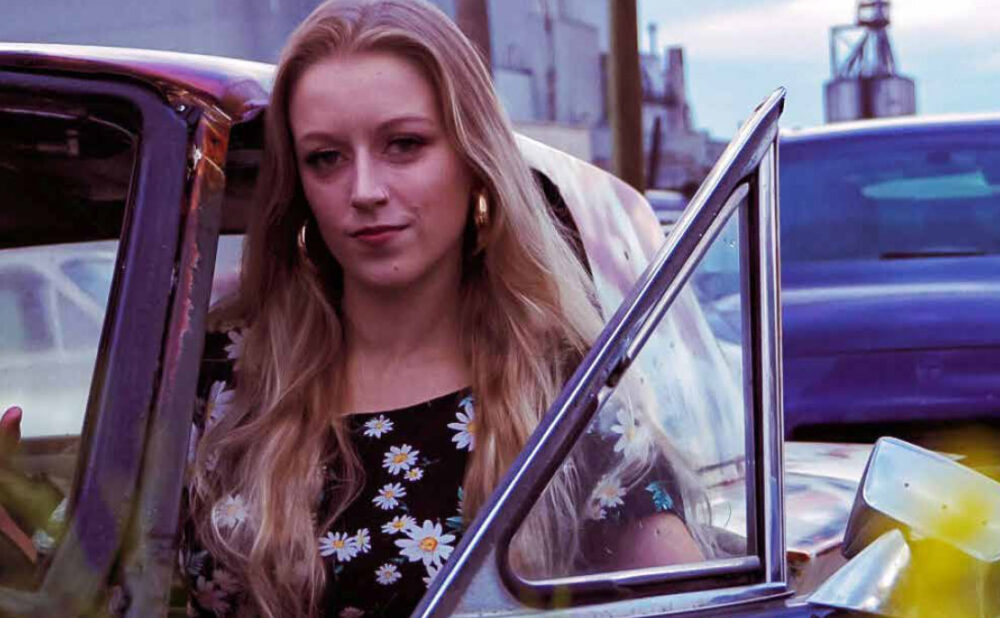 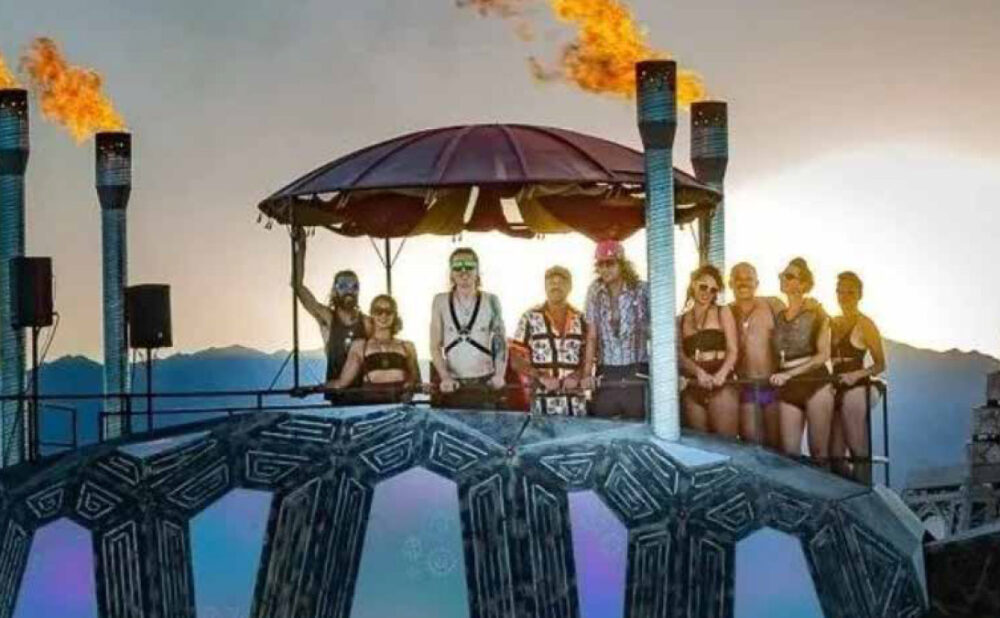 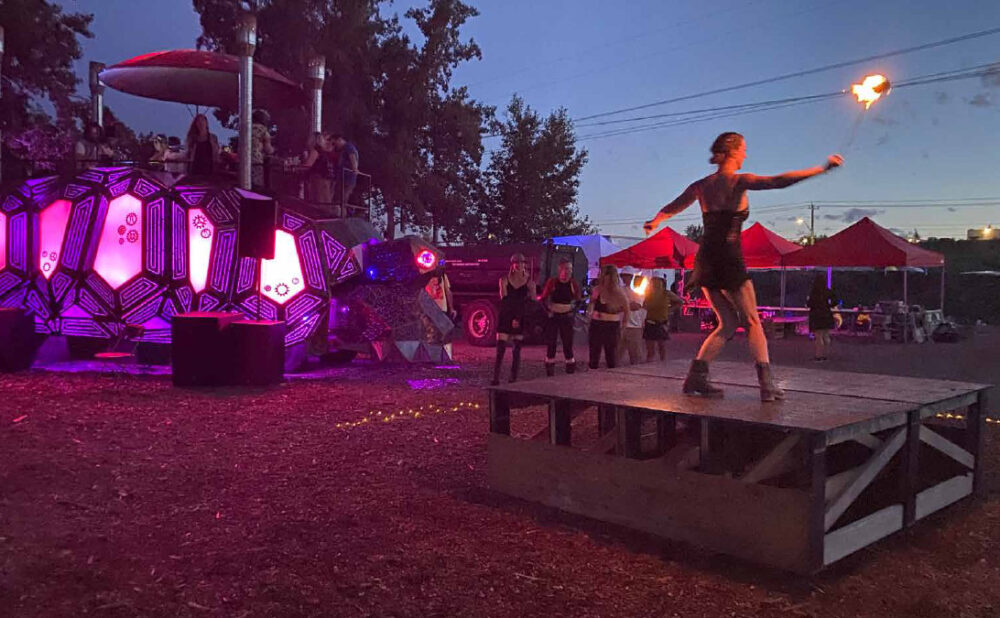 InspireFest
Who: 35 Calgary-based music performers
Where:  Highfield Farm, Calgary
When: Fri,. July 15 – Sun., July 17
Vibe: An eclectic blend of arts, culture and nature
Highlight: An inner-city farm transformed into a 15-acre immersive music festival
Next: 2023 – details have yet to be released

The booming bass bounces off nearby industrial business buildings. Anyone driving by can quickly tell that the property behind the barrier is not ordinary. Large swing gates are wedged open, and wood chips guide the pathway to a multifaceted blend of art and culture.

From Fri., July 15 through Sun., July 17, InspireFest takes over Highfield Farm, an inner-city farm in Calgary.

The 15-acre farm comprises an agricultural landscape, vendors, live art and music. At first glance, all one sees is a jumbo turtle fusing fire with people dancing to EDM music on the centre platform and around Steely T, the turtle. Multicoloured lights are syncing to the beat of the music, while the dancers encourage people to keep dancing. The scent of fresh air surrounds them — creating ease at InspireFest.

Cheyanne Summer — who recently played Toronto’s NXNE Festival — and her partner Kenton Dobrowolski spearhead the three-day music festival. The two have been helping to coordinate music and market events around Calgary for less than a year. It wasn’t until January that they had the idea to create a festival encompassing Alberta’s natural resources and local talent.

“We want people to feel that they are immersed in it, not just going and watching,” says Dobrowolski.

Summer adds that everything from the bellydancers and the hula-hoopers to the fire shows and the kids’ workshops entertained all ages.

“No other festival I’ve been to, when it’s 11 pm, where you see kids and parents hanging out and having a good time.”

In collaboration with the team at Cactus Collective — Tracy Marie, Peach Jam Records, Mixed Manifest — they transformed the permaculture farmland into an alternative escape in less than four months. Together they united with nine other collaborators to create a medium between Shambhala and Burning Man music festivals, without the camping and de-commodification culture.

Along with creating a unique atmosphere for their 1,300 guests, they also created an environment that artists would enjoy.

“A lot of the big shows and festivals that happen in Calgary bring in talent, [but] they don’t necessarily showcase the local talent,” says Dobrowolski. “So, we know how difficult it can be to get opportunities to play a stage here and, more importantly, actually get paid.”

On the opposite side of Steely T turtle lies Vintage Valley, a linear array of vendors. From clothing, artwork and sound bowls to organic mushroom drinks, a variety of local business owners share their stories, information and products with attendees.

Danica Ignjatic, a spiritual healer, finds that people are open to trying new things at this spacious inner-city regenerative farmland.

“I’d see individuals that wouldn’t normally ever look into sound bowl healing, and they were really standing there contemplating it,” Ignjatic says.

She notices people participate in the demonstrations unable to resist kindhearted vendors.

“I watched people walk by with the biggest smile on their faces, so proud that they did something new.”

Past the food trucks and down a dusty pathway that curves around LED animal sculptures, metallic art pieces, paintings and poetry performances sits the Forest Stage. Enclosed by trees, the luminous stage draws people in. The wood chip mulch across the sphere creates an open space for guests to gather, dance and purchase refreshments.

The ring of the electric guitar echoes through branches as people cheer for The Static Shift, the 2022 YYC Award-nominated rock band. Audience members sit on lawn chairs or stand at high, wooden tables, absorbing the performance a couple of feet away from the stage.

Markus Dean, an attendee, ambles away from the crowd to grab a cooler from the snack shack tent.

Dean initially came to the festival to support his friend’s business and to get away from the Calgary Stampede.

“I needed some change in my life,” he says candidly. “And I couldn’t have felt more at home.”

The combination of the inner-city farm and the inclusive culture that cultivates a space to learn about sustainable farming fascinates him.

“There’s a lot of things that I learned here,” he says as a soulful guitar solo enthrals the audience. “There are people who are really experienced with Chinese medicine, chaga, mushrooms and their medicinal properties.

“It’s a very encompassing and wholesome experience,” he adds.

As mosquitoes start to swarm around the forest, the scent of repellent mist coats the air. Regardless of how many mosquitoes appear, people are captivated by the woodsy venue and electric music.

Suddenly, Taylor Miles, the drummer, breaks a drumstick midway through his band’s performance. “Who wants it?” he yells eagerly, gazing into the crowd.

A handful of audience members rush to the stage and raise both hands in the air. Blinded by the lights, Miles tosses the drumstick into the audience, hoping not to harm anyone. A middle-aged woman catches the stick with excitement, tossing her hands up while holding the stick to show everyone.

As the trio announces they will be playing their final three songs, people skip and saunter closer to the stage. Rock and roll takes over. The audience dances and enjoys the final moments of Calgary’s first-ever InspireFest.

“It was amazing,” says Dobrowolski reflecting on his experience as a coordinator.

“As much as you can be talented at many different things, to be able to pull something together really comes with being able to work with many personality types.”

Summer adds that it was an eye-opening experience, but they look forward to next year.

What was a booming forest has since simmered down to the quiet working farm as it once was before.