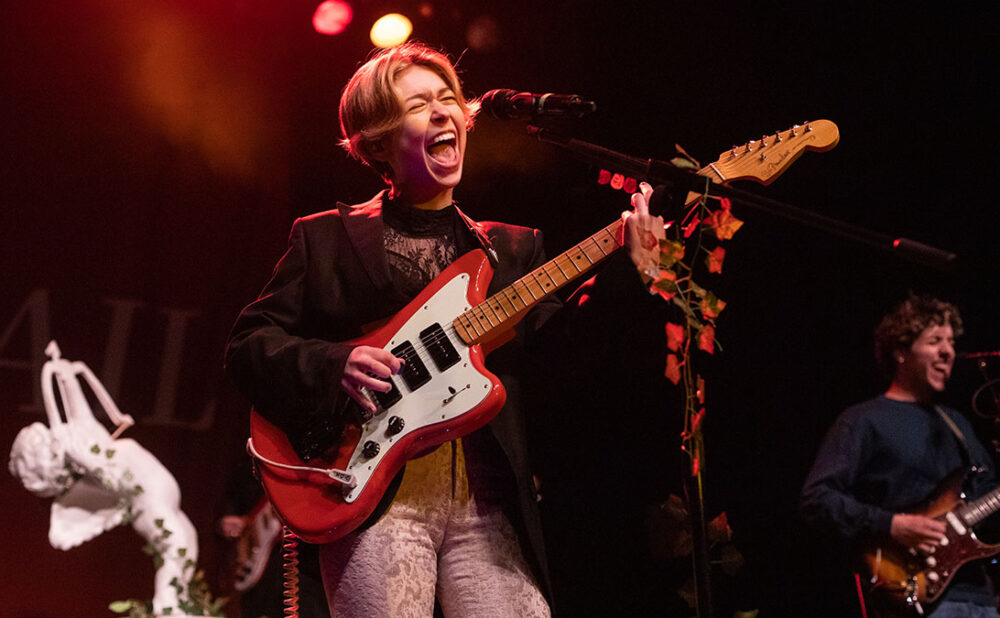 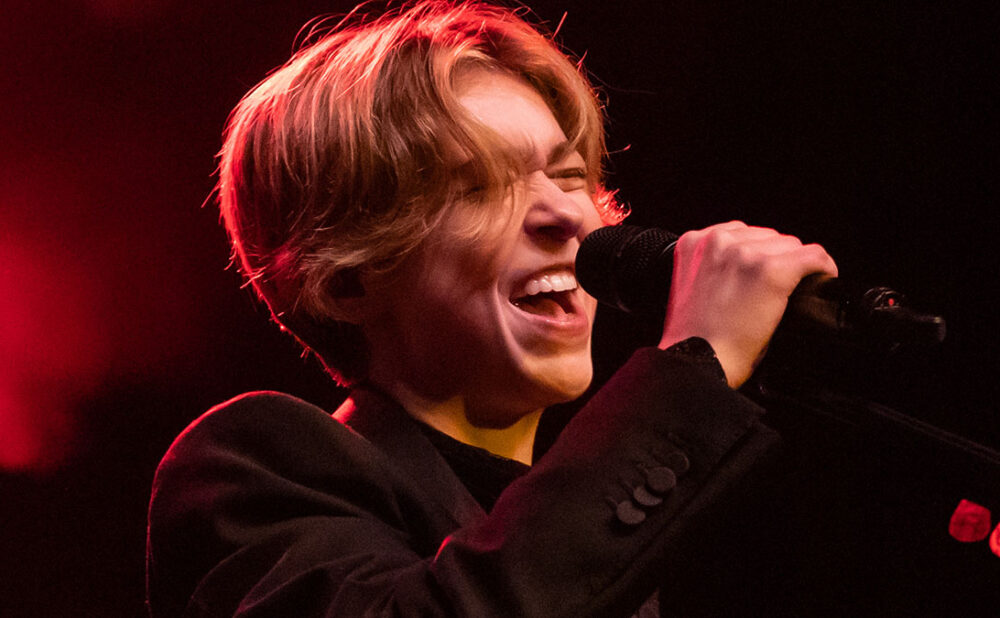 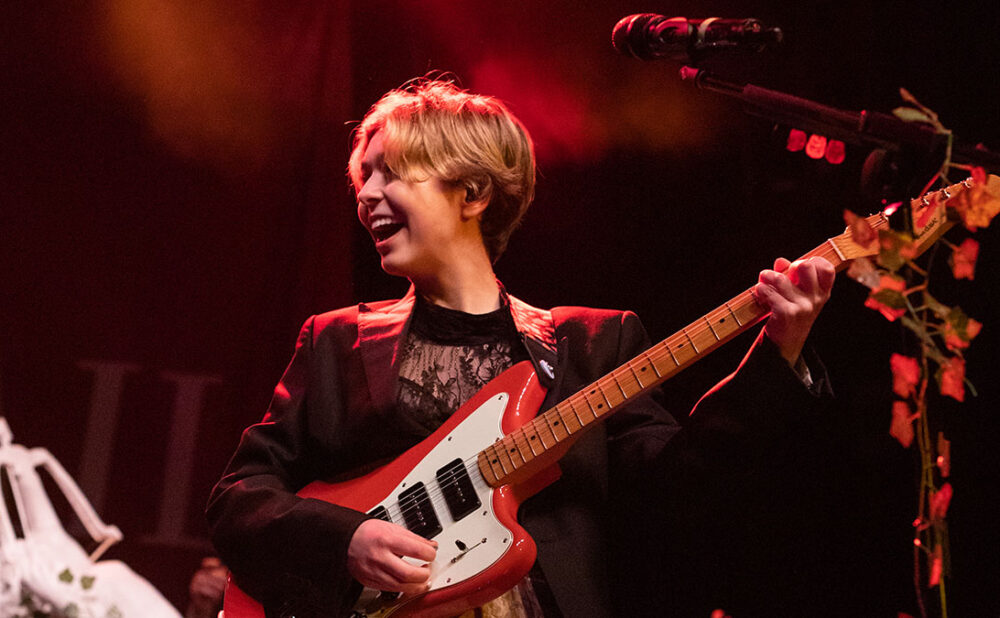 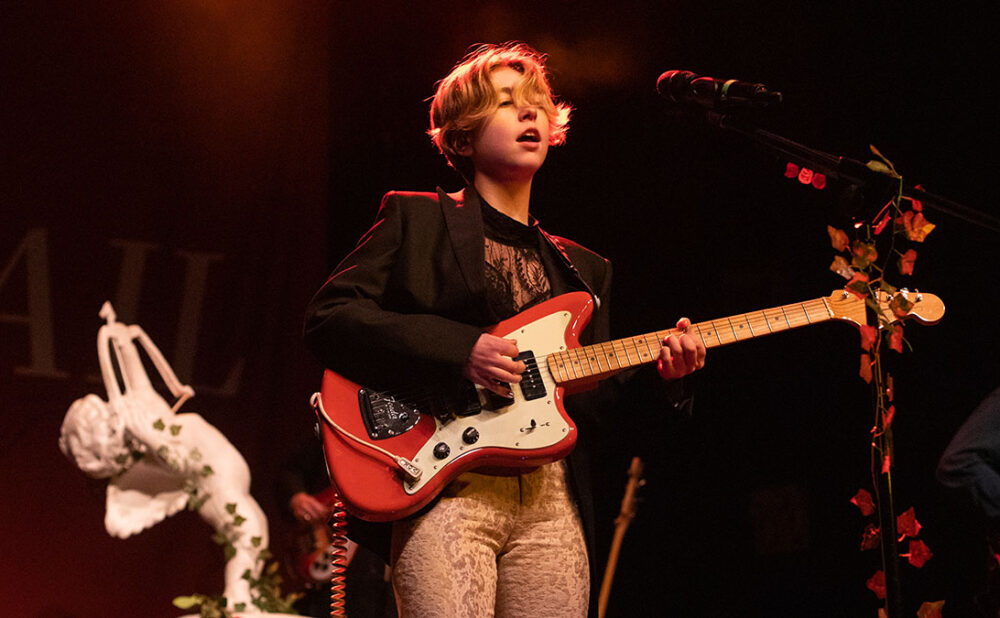 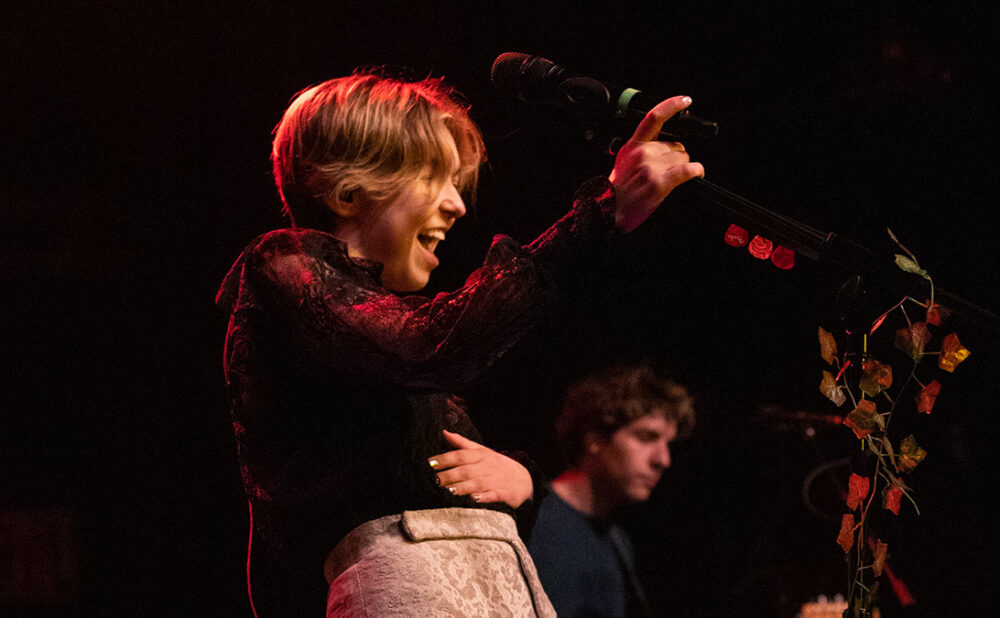 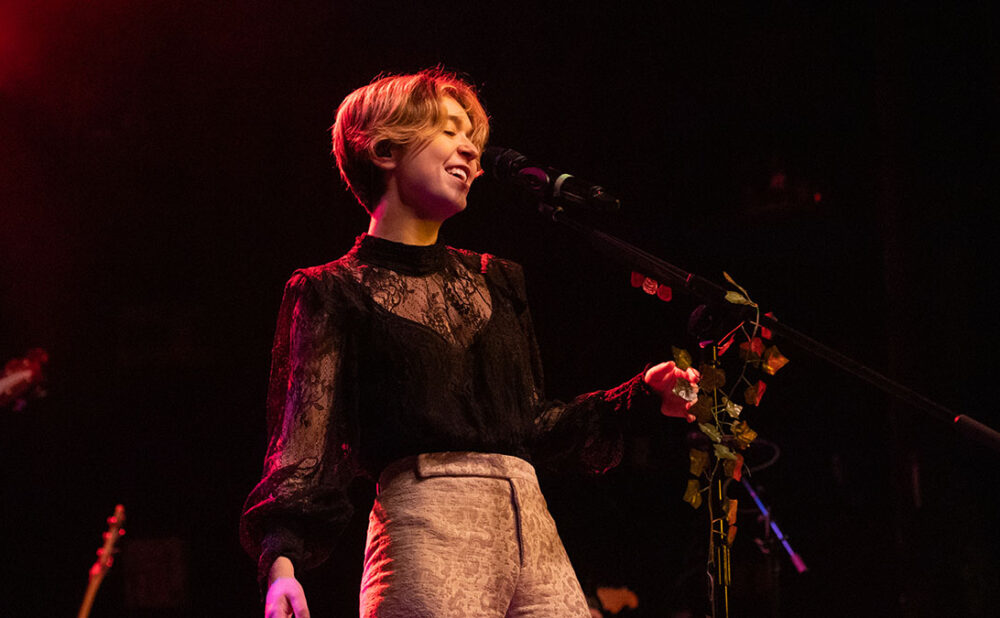 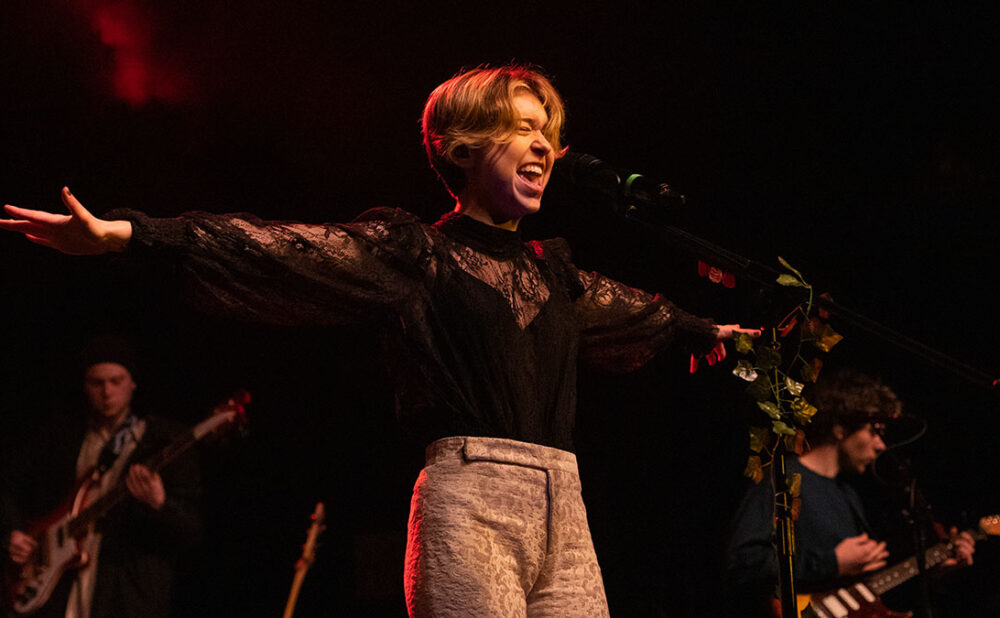 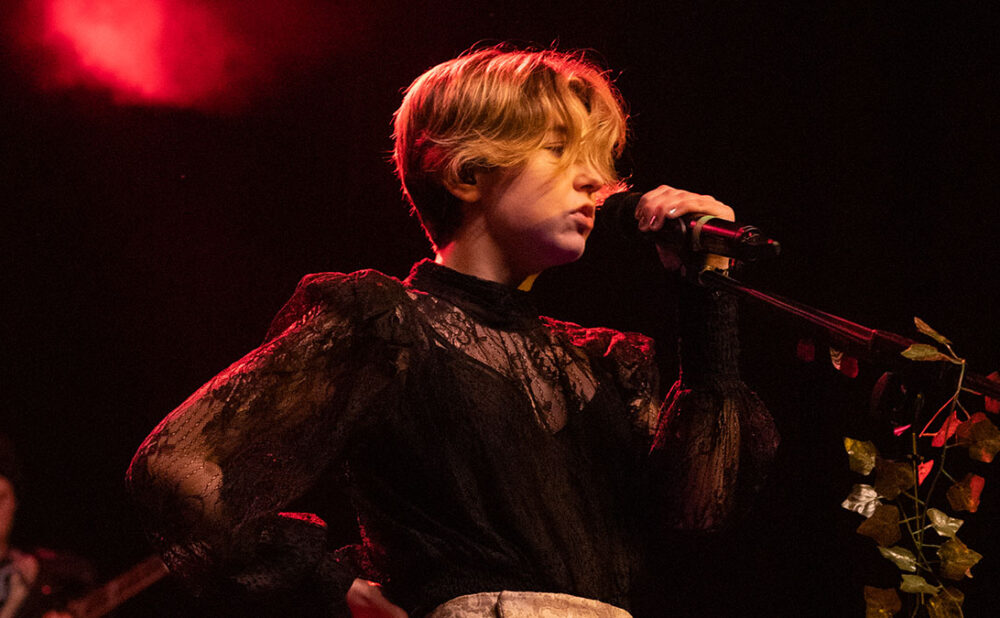 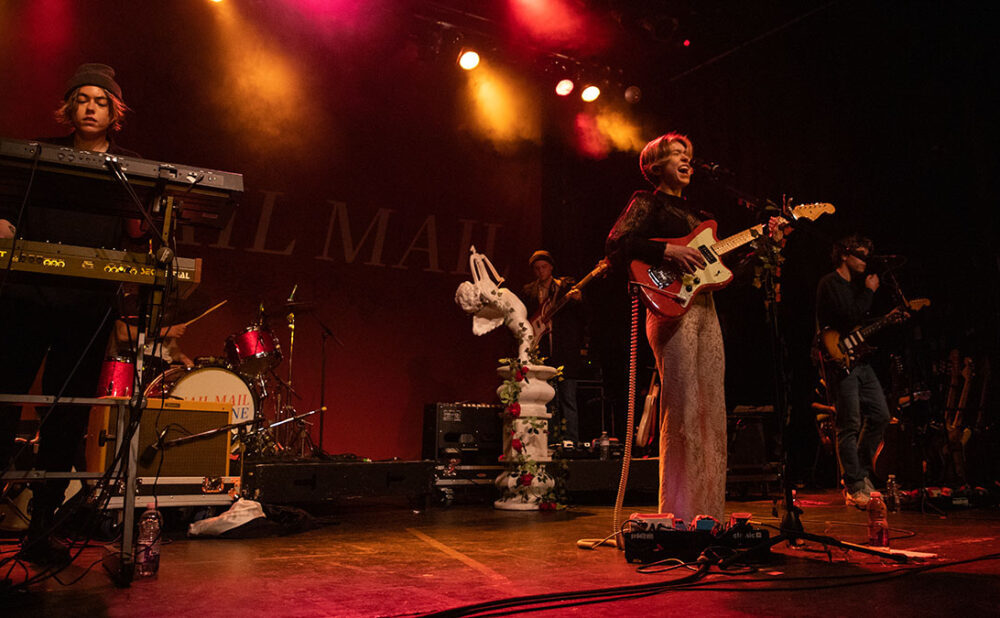 “I got surgery so now I can sing like a eunuch,” Lindsey Jordan, a.k.a. Snail Mail, announces jokingly between songs at her show Monday night at Toronto’s Phoenix Concert Theatre. “I’ve just had a smoker’s voice since I was 14.”

The indie singer-songwriter went through vocal cord surgery in December 2021 to prevent permanent damage to her voice, but at the Toronto tour stop, you would not have been able to tell with the way Jordan holds nothing back and belts out to her songs. She’s easily doing vocal gymnastics and is more than happy to show it off on stage.

Her hair hides her face, but she has a confident swagger as she plays sensual new tracks like Ben Franklin and Madonna. She’s fully comfortable performing with and without her guitar, alone or with her backing band, in front of a crowd of thousands or seemingly by herself in her bedroom. Jordan sings with full conviction, drawing out every note without hurry.

The stage is adorned with vines of ivy and classical sculptures of Cupid, channelling the imagery of Snail Mail’s sophomore album, Valentine. In the middle of the set, a fan holds up a larger-than-life cardboard standee of Zendaya to present to Jordan without any apparent explanation.

“Is that Zendaya? Bring her up here!” Jordan states. The cardboard standee is passed up to the stage and propped up by one of the Cupid decorations for the rest of the set until it falls over and Jordan accidentally kicks it while performing. Other gifts make their way on stage as well, such as fan art and letters.

The captivated crowd duly and loudly sing along to Lush favourites, such as Heat Wave, Full Control and closing song Pristine, but there’s also a surprise cover of Tonight Tonight by The Smashing Pumpkins thrown into the setlist as well. Lighters and phone flashlights sway through the air during a quiet encore performance of Mia.

Adoring fans cheer and yell “I love you!” throughout the set. Lindsey Jordan seems happy to be performing for a grateful crowd. And we are all relieved and brimming with delight to be able to enjoy live music with loved ones again.