The Joyous Return of My Chemical Romance 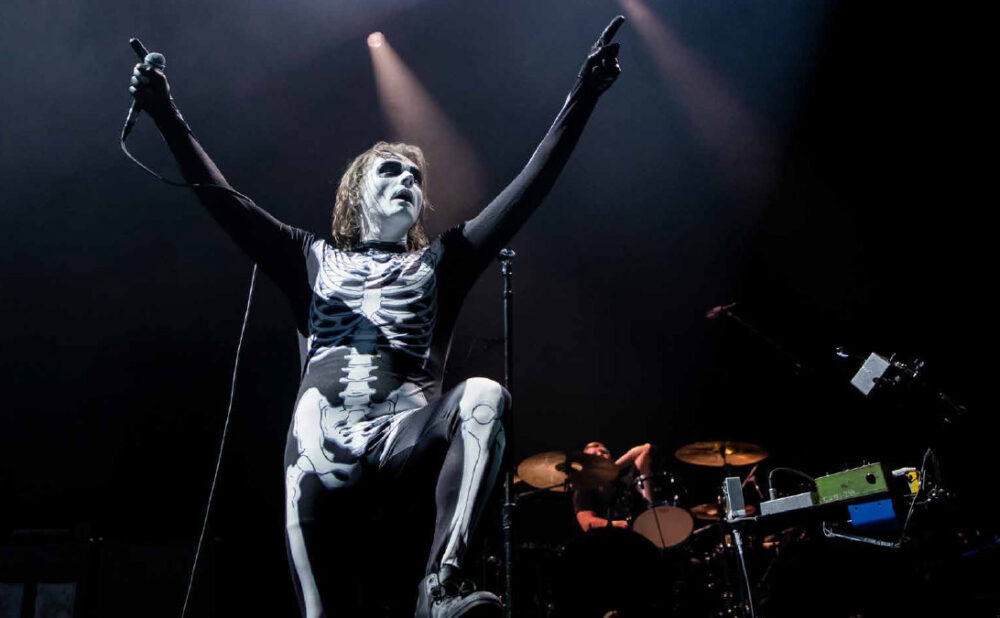 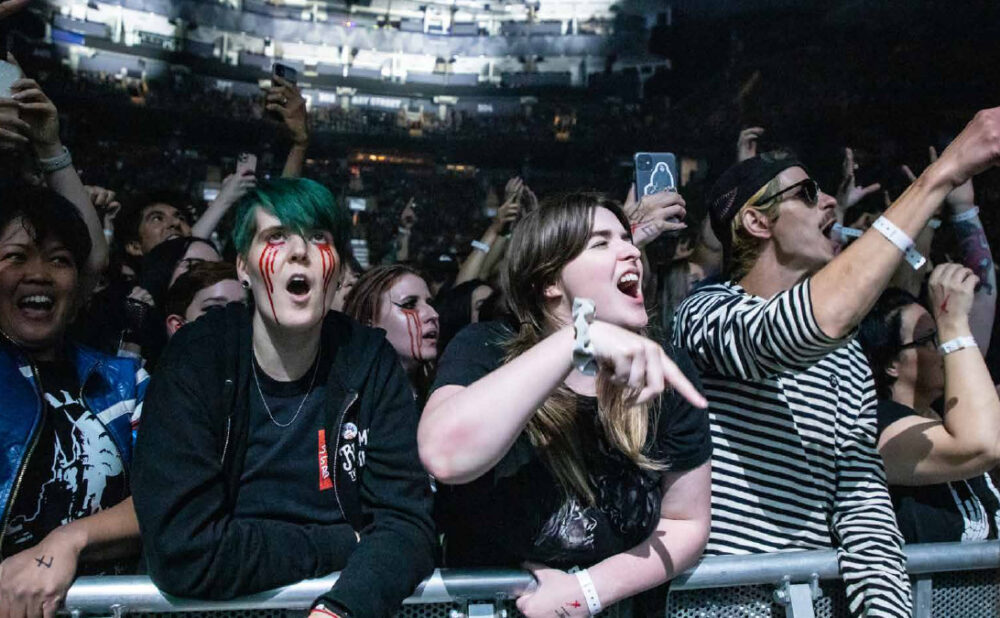 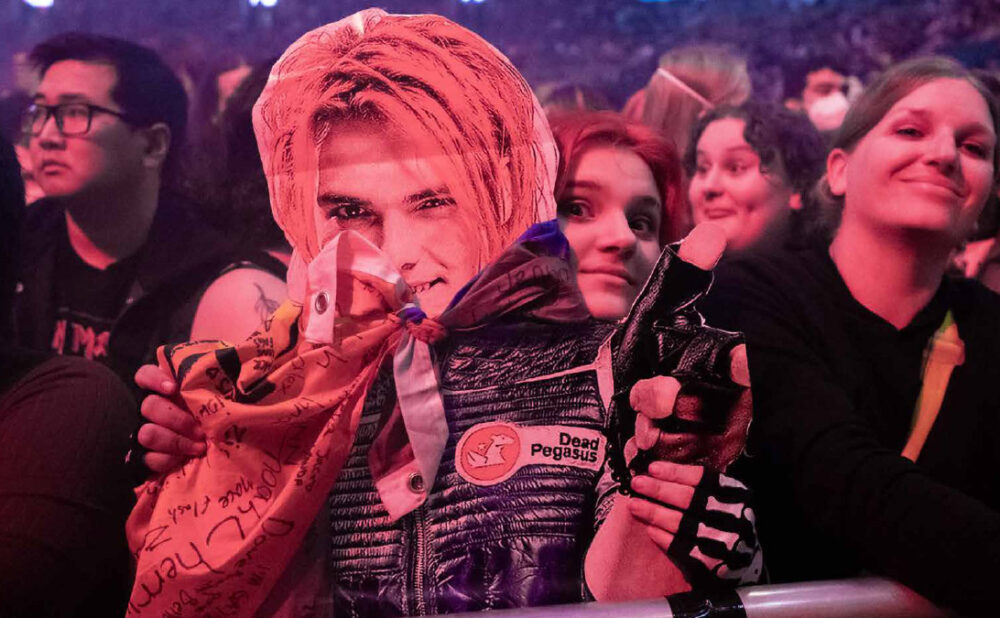 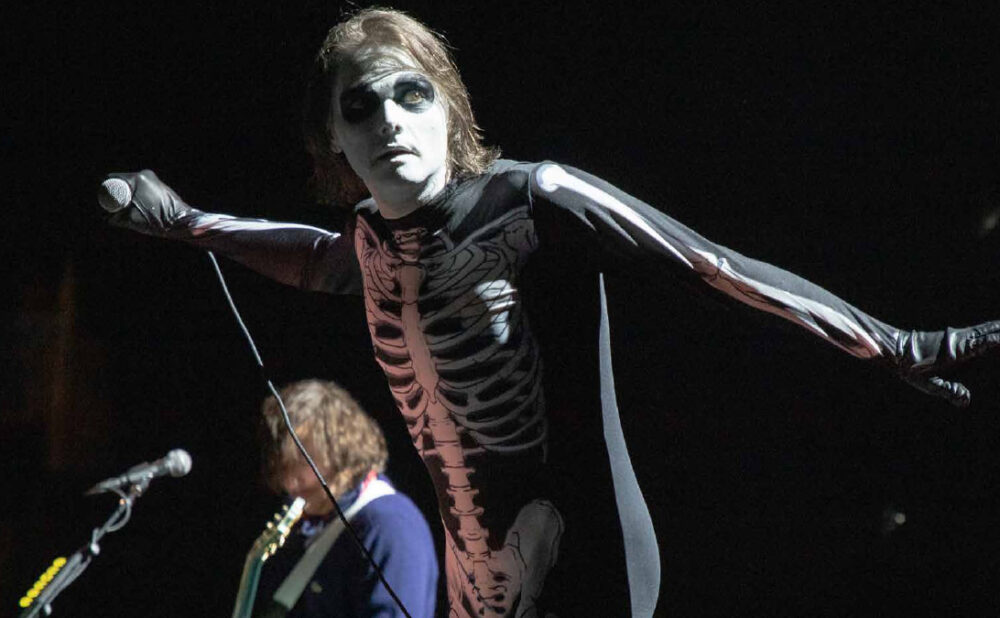 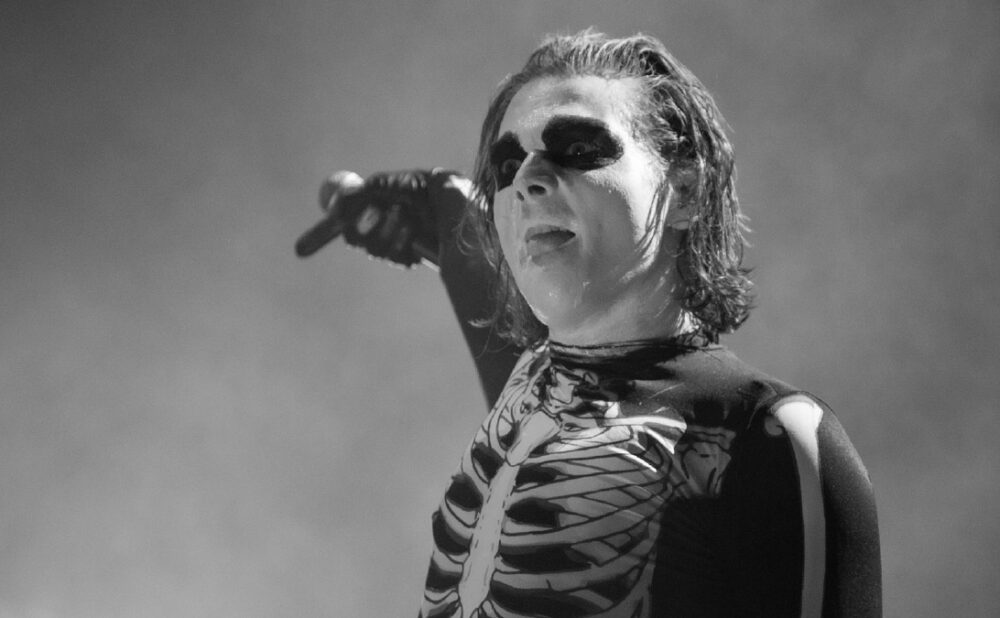 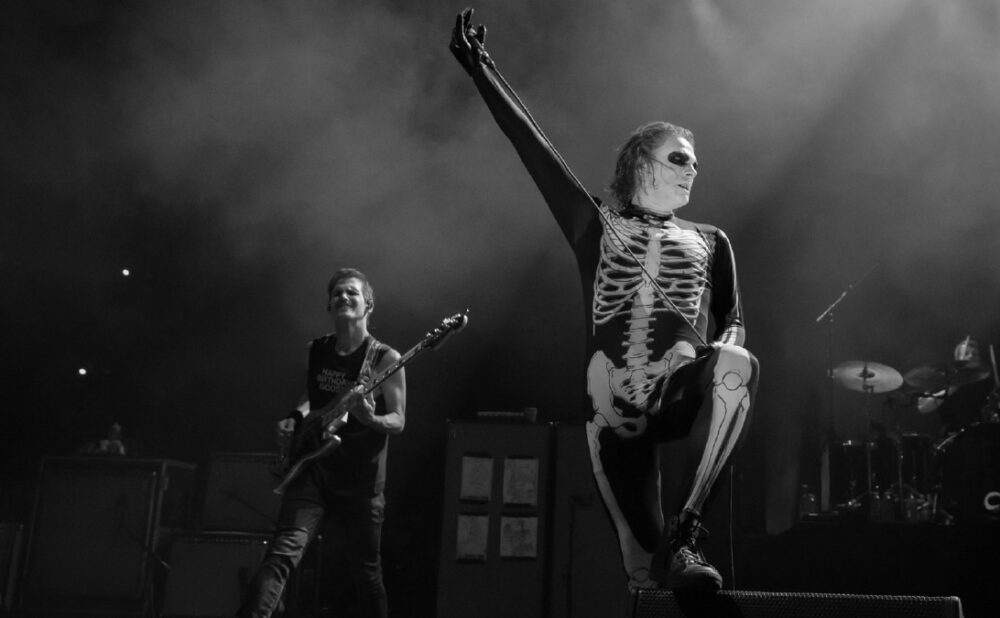 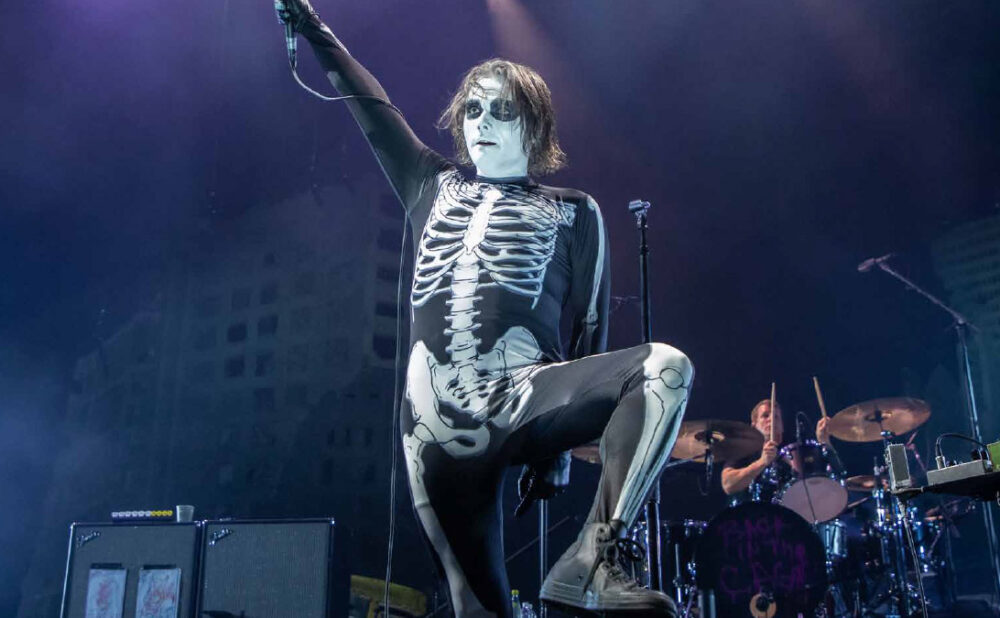 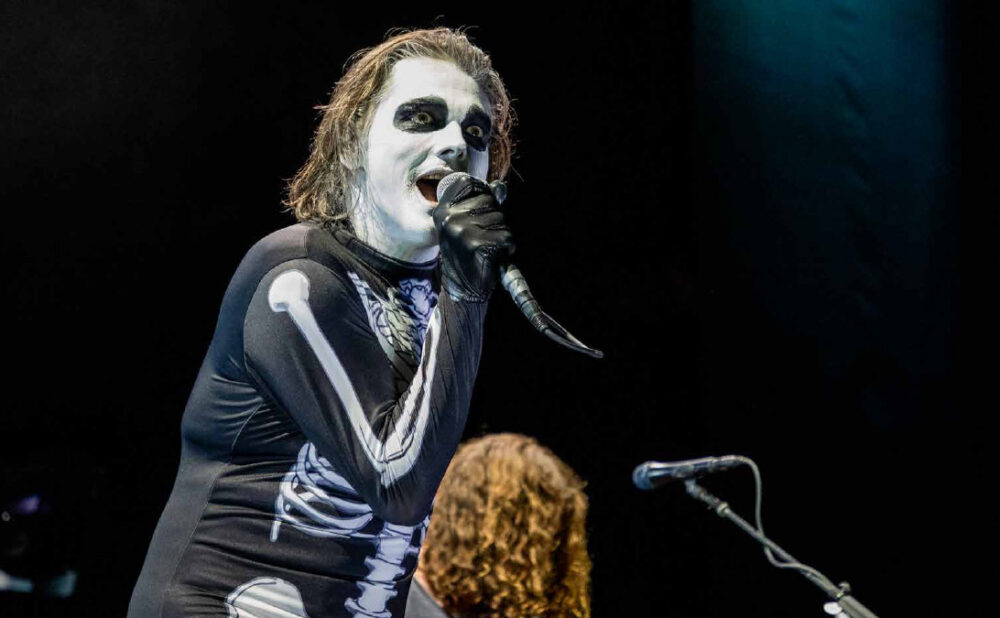 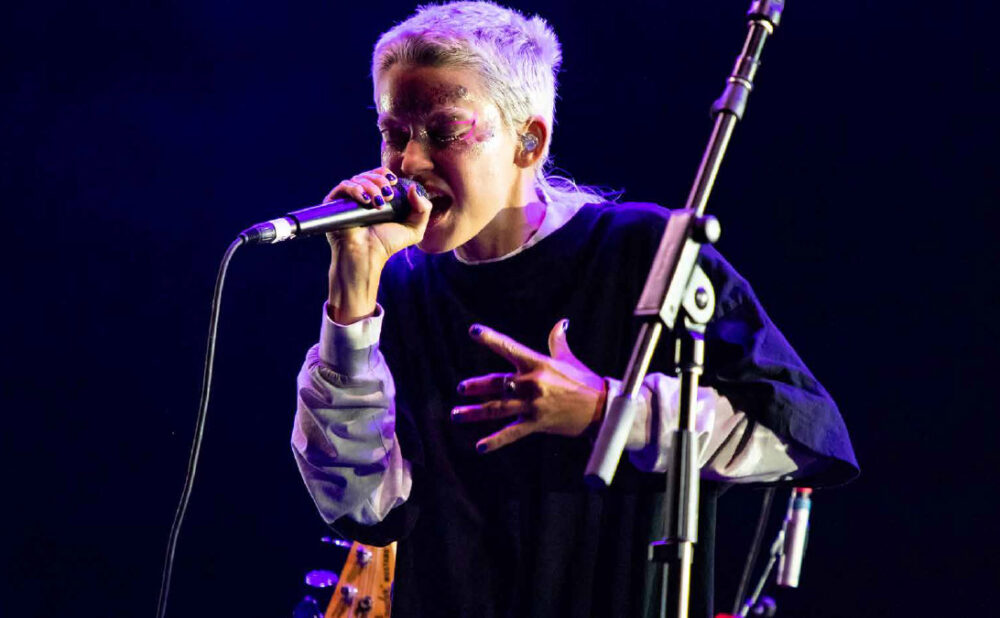 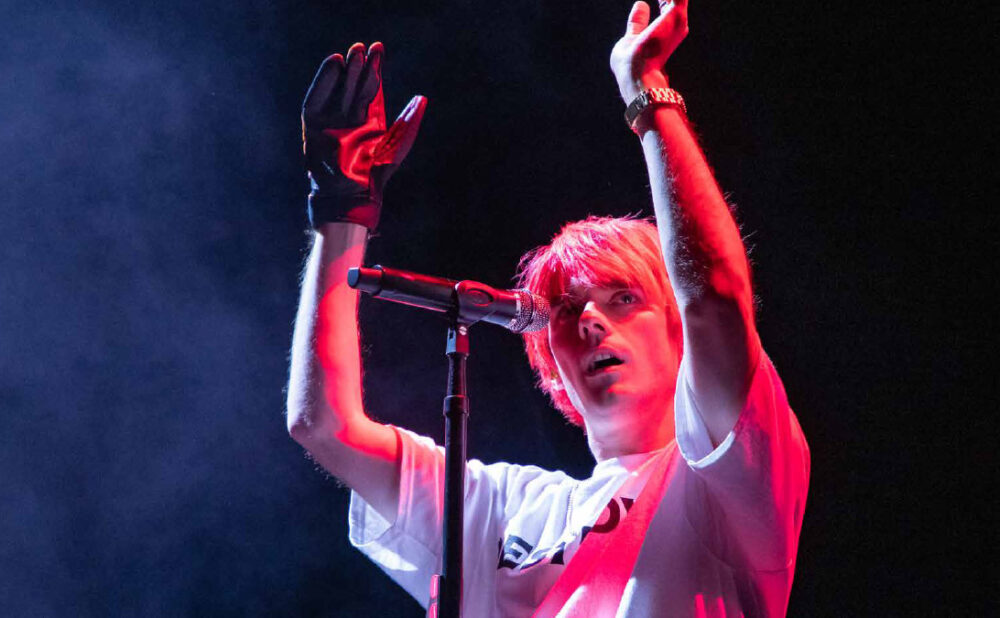 I’m sitting on the shaded concrete outside Montreal’s Bell Centre a whole nine hours before the doors are set to open. That might sound ridiculous to some, but I and the 30 other people around me are unfazed. Some have camped overnight, others have packed snacks for the day and we all have numbers written on our hands in sharpie indicating our place in line. It’s been 11 years since American rock band My Chemical Romance last performed in Canada, and we want a front-row view of their return.

It wasn’t supposed to be 11 years. After the group disbanded almost a decade ago, they set listeners old and new into a frenzy with a reunion show in 2019. They launched 2020 with the announcement of a worldwide tour, selling out arenas in mere minutes, only to come to a staggering halt due to the pandemic. Several rescheduled dates later, the tickets we so desperately clung to are finally being scanned.

I have to sympathize with the tourists that come to admire the commemorative hockey statues outside the venue. Their holiday photos will be backdropped by a group of phantom-like individuals, many in all-black outfits and brightly coloured hair. Some wear costumes inspired by characters in the band’s music videos and others have made custom jackets with hand-painted lyrics. I myself am wearing a MCR T-shirt that’s older than some of the fans next to me. That’s the beauty of this reunion tour: it gives older fans the opportunity to relive their youth and younger fans a chance to see their favourite band for the very first time.

My Chemical Romance are known for their cult-like following. Dedicated fans travel from out of the country to see them perform and many attend several stops on the tour. I’m doing just that, hitting up Montreal and back-to-back Toronto dates. The band are aware their fanbase goes the extra mile (or few hundred miles) and, as such, they adjust the setlist every show to keep the crowd on its toes.

A few things remain the same each night. The flurry of butterflies in your stomach as security opens the doors and you fight your way to the front of the pit. The haunting vocals of first opening act Meg Myers, who plays a fun cover of Kate Bush’s Running Up that Hill. The massive red banner from second opening act Waterparks that reads, “Here to give you a good 30 minutes. Frank, Gerard, Mikey and Ray will be on soon.”

When the house music is replaced by a static droning noise, the tension that’s been building all day reaches new heights. Red and white lights flicker as 10,000 people chant “MCR” until the lights cut completely and figures emerge on stage. The first 30 seconds of each show provide fans — in attendance and following along at home on Twitter — with the answers to two key questions: What is Gerard Way wearing and what message will he paint on the drum head?

Montreal is greeted by a man in black contact lenses and fake blood running beneath his eyes. The drum fittingly reads, “I only have eyes for you.” The first Toronto show is blessed by Way in a tight-fitting skeleton costume and white face paint. The drum reads, “Back in the cage.” At the second Toronto show, Way paints the word “Sure” over the previous cage statement while wearing cat ears and drawn-on whiskers. Costumes are never a guarantee, Way explains, but it appears Canada has inspired him.

Each show opens with the band’s newest single, The Foundations of Decay, a six-minute epic during which the back curtain drops to reveal a crumbling cityscape. Lovers of imagery and symbolism, it looks as though MCR are rising from the ashes of their past.

From here, the evenings are unpredictable. Certain tracks are a guarantee, including breakout singles I’m Not Okay (I Promise) and Helena, and the grand rock opera Welcome to the Black Parade, which draws a few tears from the audience. Teenagers is an easy crowdpleaser and Famous Last Words features one of the most overwhelmingly powerful singalongs I’ve ever witnessed. It’s the deep cuts that really get the crowd riled up. All three set lists feature tracks from their first album, including This Is The Best Day Ever and Vampires Will Never Hurt You.

Between songs, Way shares little anecdotes and plays around with his voice modulator. He reminisces over their last major tour in 2011, sharing that the band wondered if many cared for their last full-length record, Danger Days (judging by the loud cheers, it is still beloved). In Toronto, Way gets distracted by the smell of weed and calls us a “bunch of hippies.” He rolls around on the stage in his costumes, wonderfully bizarre and still confident commanding a room after all these years. Bassist Mikey Way and guitarists Ray Toro and Frank Iero make use of the full stage and occasionally sing along to their own songs. Joy simply radiates from the whole band.

There’s no promise of a future tour, so each evening feels bittersweet. Every chant, every guitar solo, every slightly maniacal laugh from Way is poignant. All three shows end in screams and thunderous applause as, when the lights are turned back on, we’re thrown into daze. We know we just shared something special and not soon forgotten.