The Rebirth of Twenty One Pilots

Alt-pop duo Twenty One Pilots built a career off of songs about sadness. So what happens when they get happy? 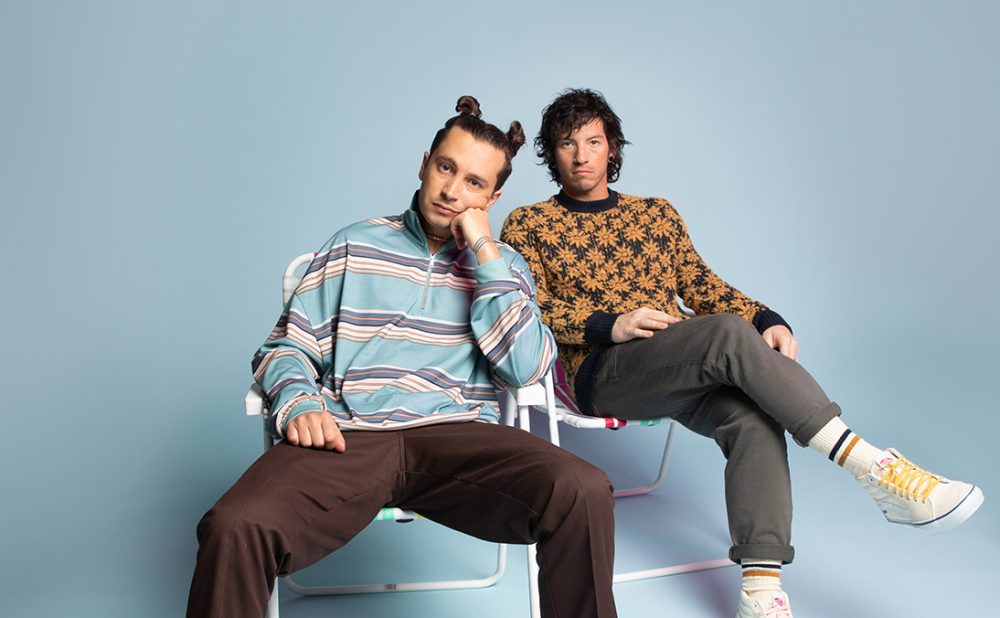 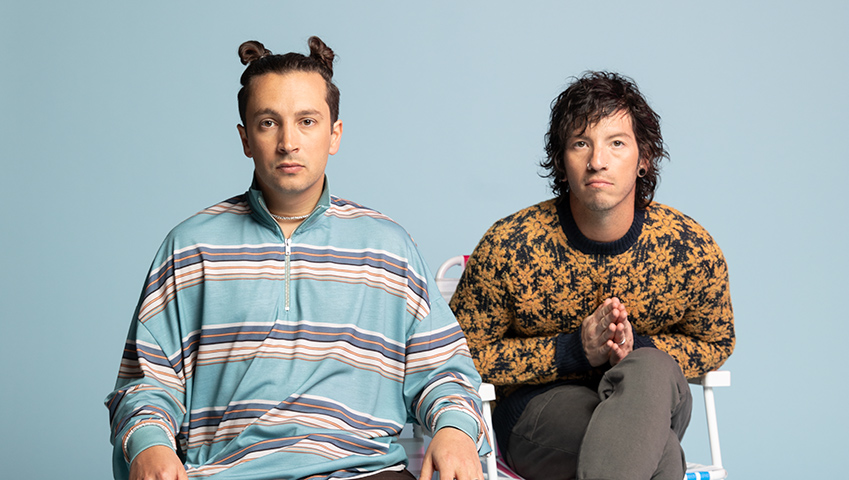 In 2015, you’d be hard-pressed to turn on the radio without hearing the thrumming reggae beats and cerebral rhymes of Twenty One Pilots’ breakout hit Stressed Out.

The track’s lamentations on anxiety and maturity catapulted it to the top of the alternative and mainstream charts, and brought the young band from Ohio with it. Since then, TOP has become a bona-fide phenomenon, racking up billions of worldwide streams and securing themselves a place in the cultural zeitgeist as the new face of teen angst.

Being truly happy is way better than being able to hang onto some form of unhappiness just so you can make a career out of it. I’ve learned that much.

2015 also happened to be the year when I walked into high school for the first time, armed with nothing but a bevy of undiagnosed personality disorders and a My Chemical Romance t-shirt. I was achingly, crushingly sad in a way that I didn’t even really have the tools to understand—words like “depression” and “anxiety” had yet to enter my lexicon. At the time, the hormone soup marinating my brain like a flank steak had me absolutely convinced that nobody in the history of human civilization could even come close to comprehending the depths of my misery.

So, like many people, 2015 was the year I found Twenty One Pilots—but for me, just like many things are when you’re 14, the discovery was earth-shattering. Lead singer Tyler Joseph’s anxious, frenetic allegories on depression, illness and suicide felt nothing short of religious. It was as if someone had reached into my pubescent brain, plucked out all the messy thoughts and disparate anxieties, and handed them back to me on a hand-me-down MP3 player with the promise that someone, somewhere, got it.

In the same vein as Nirvana or Green Day during their respective heydays, the Twenty One Pilots oeuvre found its niche in making sad, isolated kids feel utterly understood. For the band’s young audience, their music was validation, catharsis and therapy all in one—it wasn’t uncommon for members of the fanbase (dubbed the Skeleton Clique) to earnestly assert that the band’s music saved their lives.

Twenty One Pilots is made up of Joseph and Josh Dun, who founded the band in their Columbus, Ohio, hometown. Joseph still lives there, and wrote and recorded the entirety of their upcoming album Scaled and Icy in his home. Joseph is a skilled conversationalist with a proclivity for figurative language and winding metaphor—his albums often weave elaborate storylines to externalize his inner turmoil—and I wonder if he’s enjoyed any symbolism in this new homebound writing process.

Much of TOP’s earlier work, from their song Hometown to their 2011 EP Regional at Best, is a love letter to Columbus; there’s a pleasant symmetry in the fact that Scaled and Icy is as closely tied to home as the works that got them to where they are today.

I just wanted to say, you know, don’t be afraid to be imaginative—don’t worry whether or not you’re checking any boxes when it comes to being cool or following a trend.”

After all, Twenty One Pilots has built a mythos for themselves around the idea of never selling out. Their name comes from the Arthur Miller play All My Sons, in which a war contractor ships out faulty airplane parts to avoid losing money and subsequently causes the deaths of 21 fighter pilots. To the duo, it’s a reminder that their identity should always come before money or convenience.

“The band name comes up all the time in the decision-making for me and Josh,” Joseph says, calling in from his Columbus home.

“It’s a constant reminder to not cut that corner, that it’s worth it to take the longer road. Because that way you remain intact. When you make the effort to turn the corner instead, rather than having divided yourself up on the way, you remain whole.”

Joseph says this reminder was most needed after Blurryface’s prodigious success. It’s not uncommon for artists who built their cred on underground shows and hometown loyalty to lose their spark once they make it big, but the band was determined to stay self-aware.

After Blurryface came Trench, a concept album about suicide that expanded on themes of depression and illness while reacting to TOP’s meteoric ascent. As a rule, Joseph doesn’t listen to any other music when he’s writing. So when I ask him about the influences on upcoming album Scaled and Icy, which features a Dungeons and Dragons motif and pastel-hued 80s aesthetic, he pauses.

“My music is a reaction to itself,” he says. “Every song I write is aware of and influenced by the others. And so while my last record really had something to prove, this new record is more about just honing the craft of songwriting inside of an endless world of creativity and just imagination.

“I just wanted to say, you know, don’t be afraid to be imaginative—don’t worry whether or not you’re checking any boxes when it comes to being cool or following a trend. I wanted to write something that felt a little more timeless and a little less fearful of how it fit into the landscape of other music right now.”

Twenty One Pilots are far from the only artists to build careers off of their pain. Nothing sells albums quite like breakups, heartache, addiction and depression, and—whether it be out of catharsis or a twisted kind of masochism— we as consumers are obsessed with the idea of the tortured artist.

In the world where songs about suicide build million-dollar empires, suffering is a commodity. And for Twenty One Pilots, their sadness was their siren song that amassed an audience that latched onto Joseph’s hot-blooded verses like a life preserver.

Some of Joseph’s rawest, most intimate lyrics were written and recorded when he was just a teenager screaming pleas for mercy into a DIY setup, caught in the crossfire of the battles being waged in his head.

But in the years since Twenty One Pilots’ candid emotional intensity and mercurial lyricism catapulted them to fame, they’ve grown up. Dun got married in 2019, and Joseph recently celebrated the birth of his daughter. So now, they’re faced with a new question: what does the saddest band in the world do when, suddenly, they’re not sad anymore?

“That’s a good question,” Joseph laughs, then grows introspective. “I’m not sure if I’ll have a satisfying answer. But here’s what I do know: being truly happy is way better than being able to hang onto some form of unhappiness just so you can make a career out of it. I’ve learned that much.”

When Joseph’s daughter, Rosie, was born in February of last year, he says everything changed.

“Everything in my life that I’ve ever had, whether it’s a new item, anything material, and even most relationships as well—the most exciting part of that thing is when you receive it. And then inevitably, there’s a decline in the excitement, in the happiness it brings you.

“But my daughter is the first thing in my life that I’ve ever had where the excitement has only gone up from when I first met her. Every day, I’m more excited than the last.”

When it comes to his music, he tries not to be attached to the person he used to be.

“I’ve always seen songs as a means to an end, a way to get from point A to point B. We can use songs as a foothold to thrust ourselves into that next season in your life. And at this point in my career, I look back and realize that I’ve made progress. I’ve climbed over a lot of those things that I was working through when I wrote those songs.

“So I’m answering questions through music, but I’m also discovering new ones every day. And even if there were no tours, no albums, even if it were just me, alone, I’d still be turning to music as a way to move forward.”

I wish that my 14-year-old self could have read what I’m writing now. There’s something intoxicating about being in love with your pain, especially when you’re young—it makes you feel sort of special, to suffer so constantly.

I just wanted to say, you know, don’t be afraid to be imaginative—don’t worry whether or not you’re checking any boxes when it comes to being cool or following a trend.

And for someone who brought himself from a garage in Ohio to Madison Square Garden by writing songs about despair, it’s a remarkably brave thing for Joseph to let himself be happy. But to him, those past songs are just a part of his story: not just a document of the things he struggled with, but a tool he used to get better.

“I wouldn’t be where I am without those songs,” Joseph says. “They helped me work through it all. And they’re a snapshot in time that perfectly represents who I was. But I’ve grown so much as a producer, and a lyricist, and most importantly, as a person.”

Twenty One Pilots have spent years documenting their flight from death. Now, they’re ready for their rebirth. 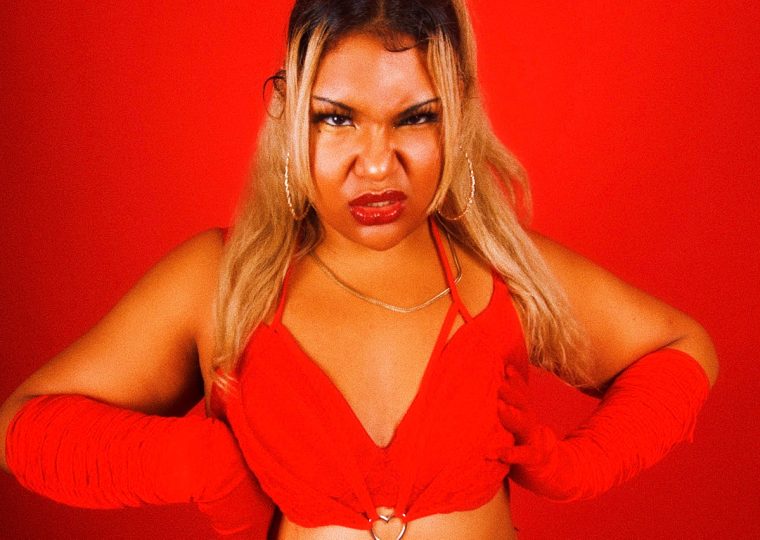 She’s fresh off the release of her EP Elastic, but she’s nowhere close to [...] 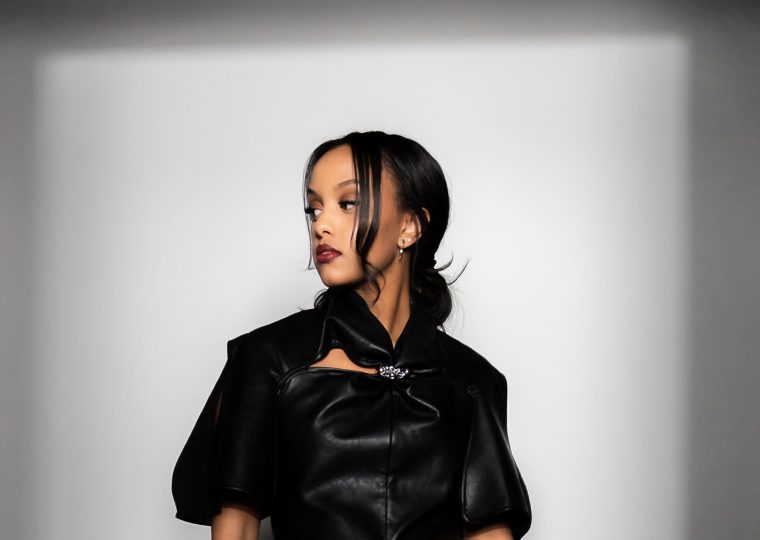 Five years before Tate McRae did it, soulful singer Ruth B.— born [...] 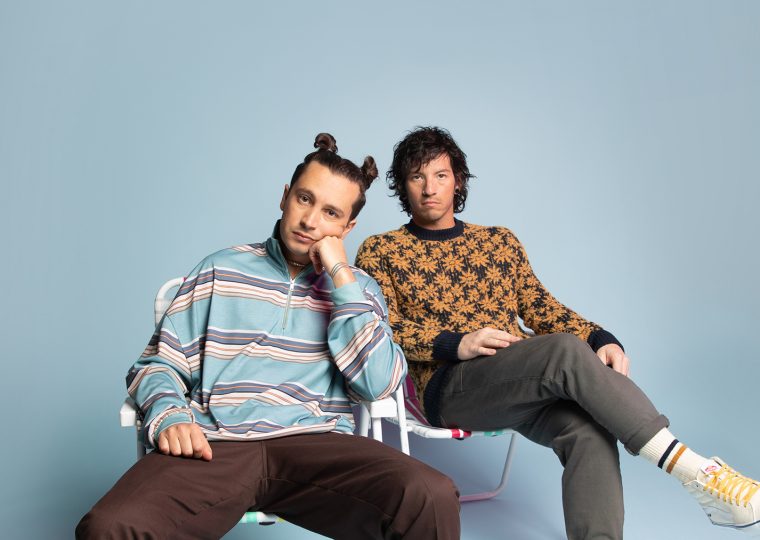 Alt-pop duo Twenty One Pilots built a career off of songs about sadness. So [...] 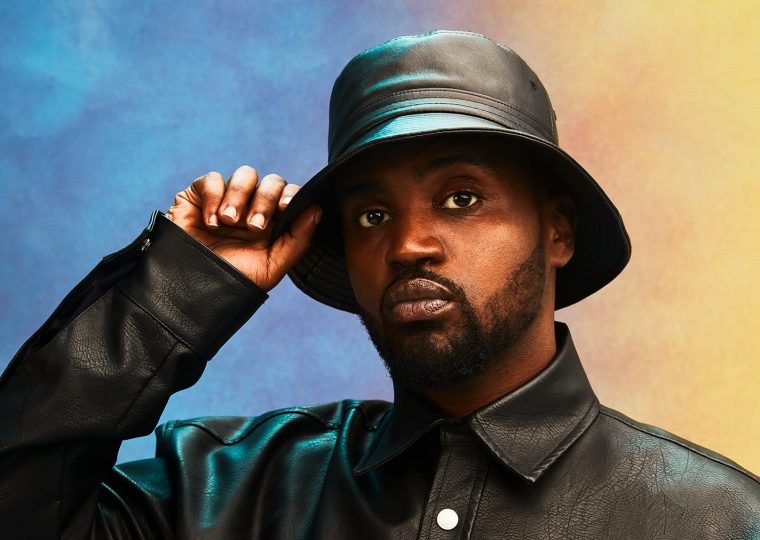 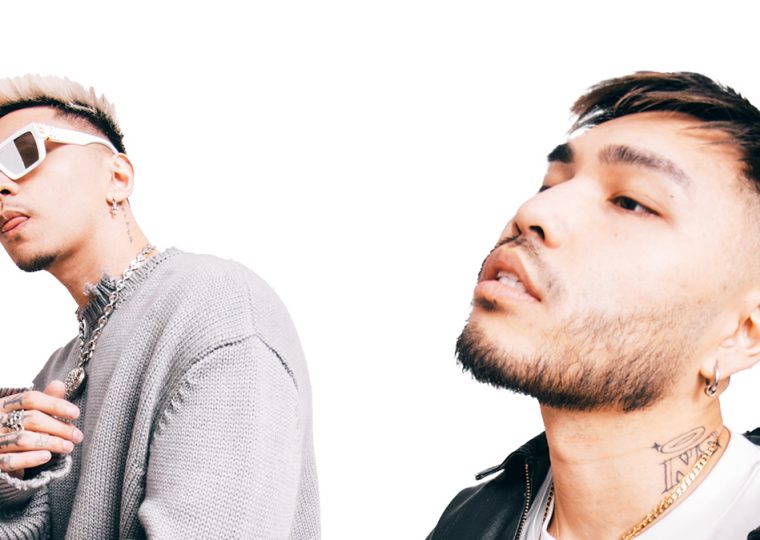 Vancouver hip-hop duo work their asses off to become the musical role [...]