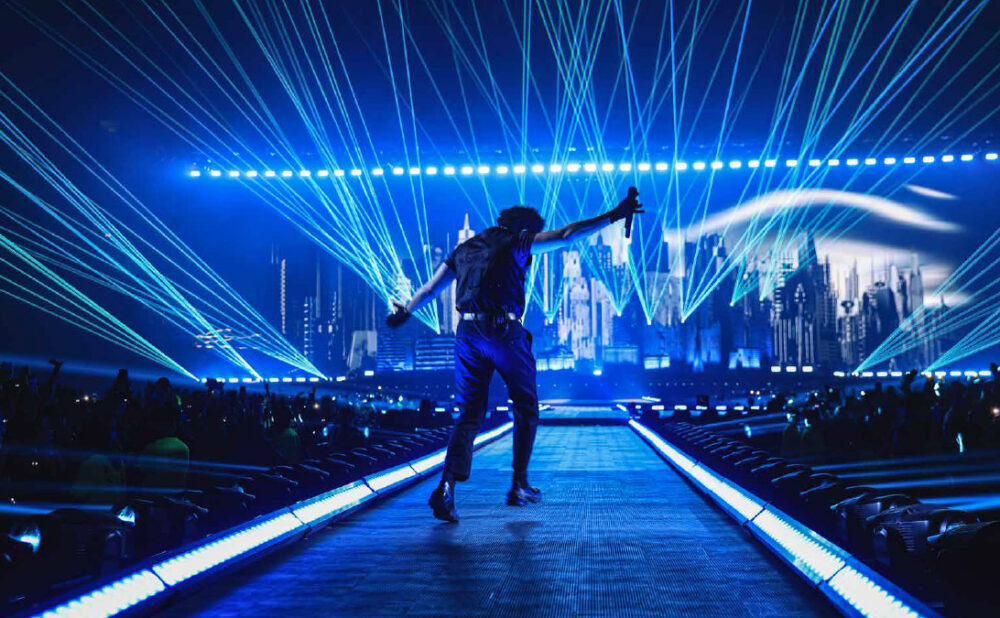 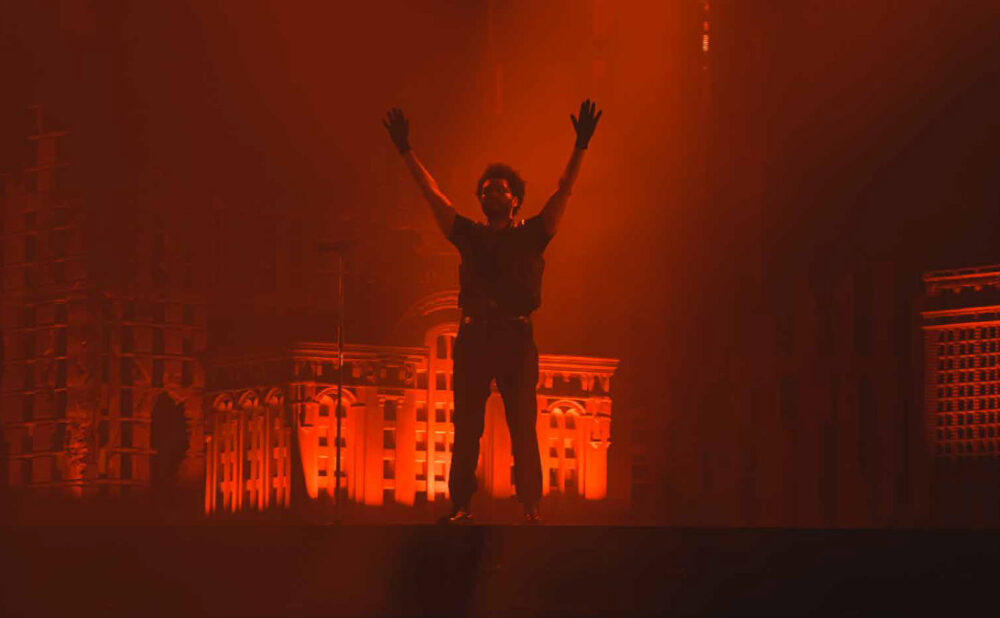 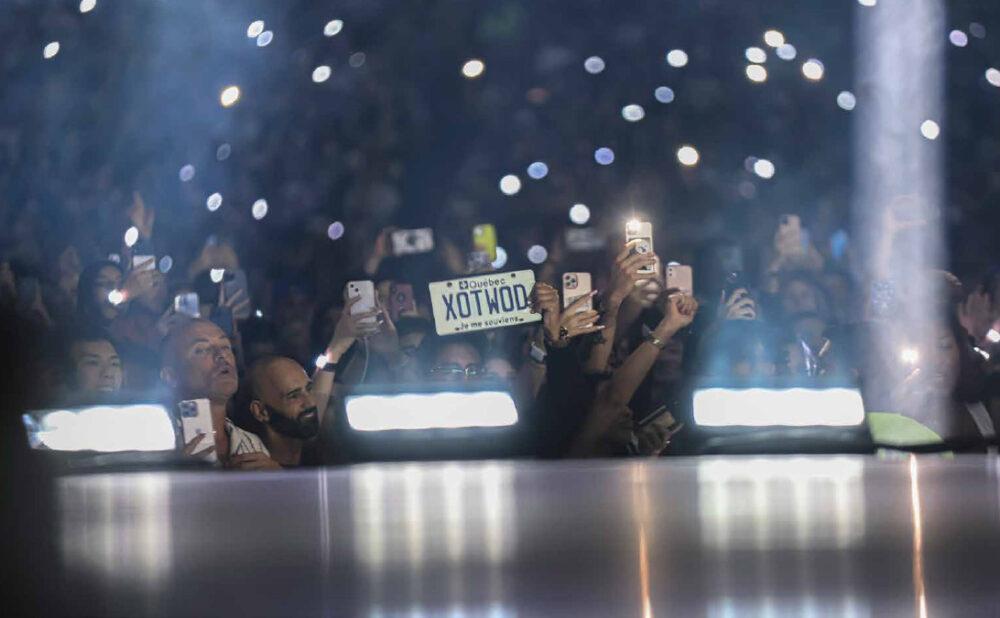 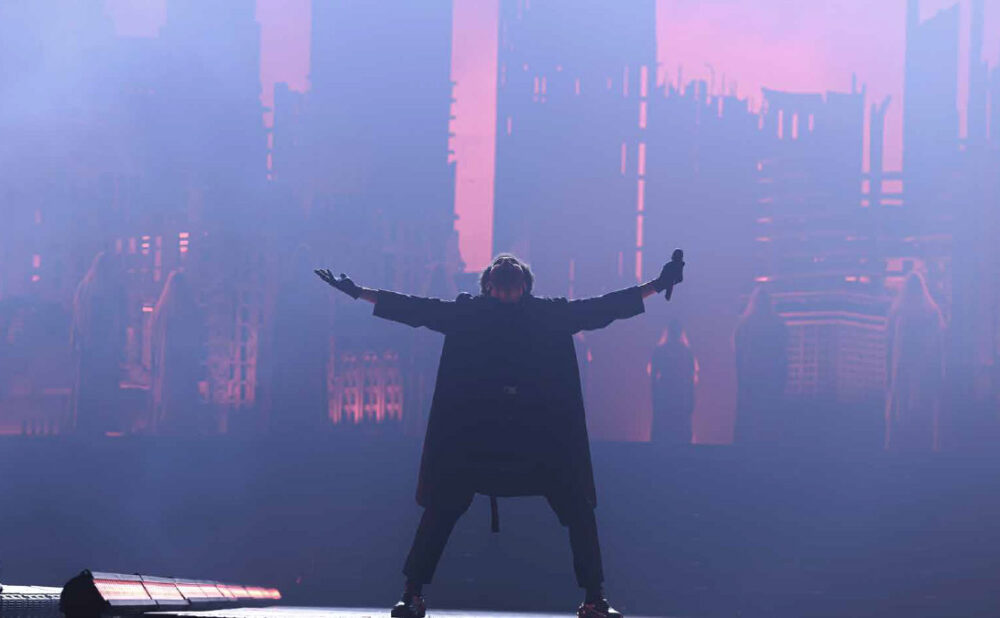 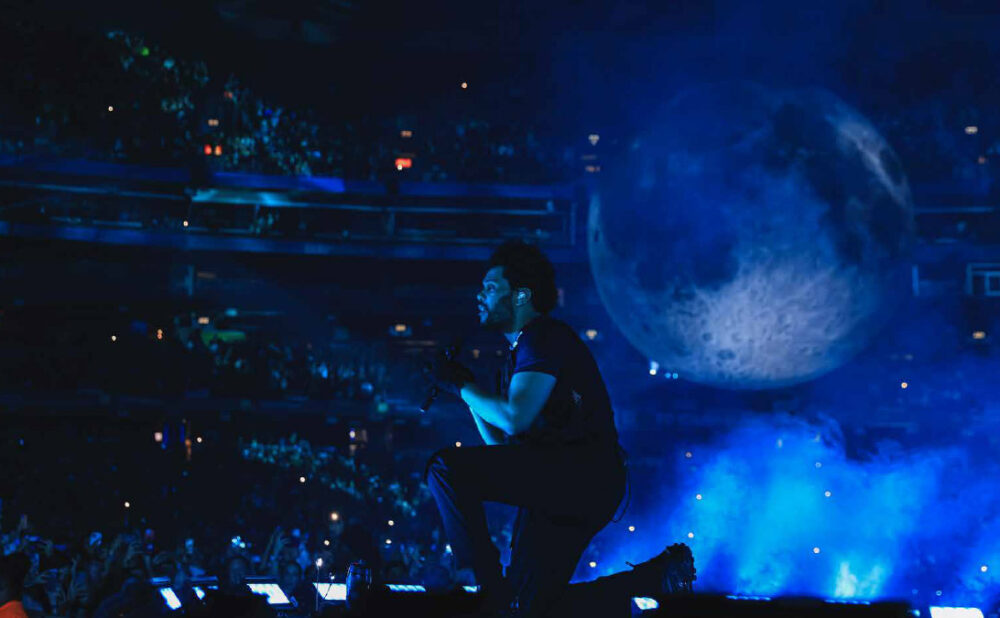 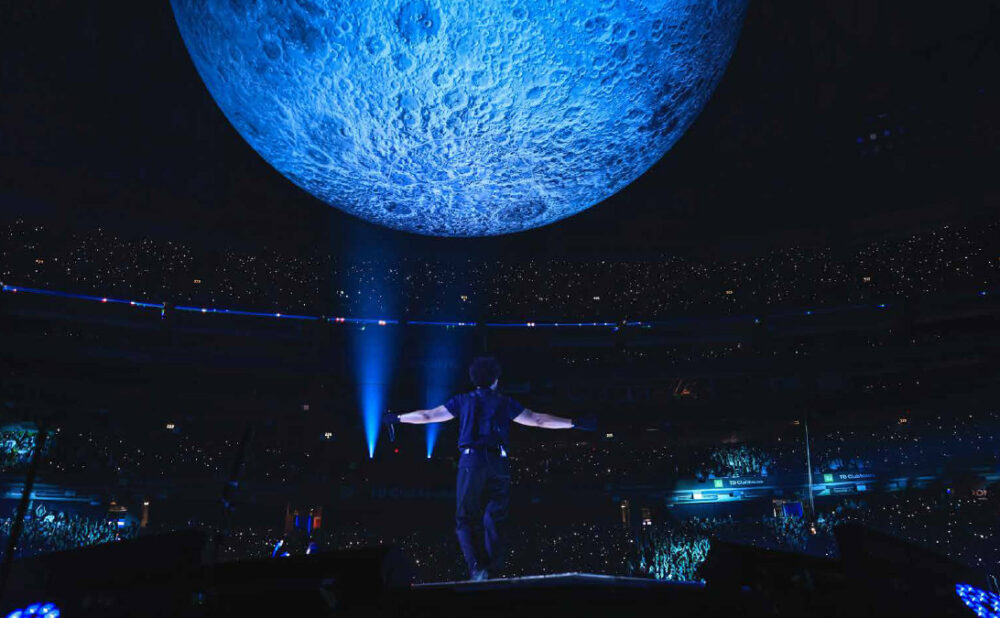 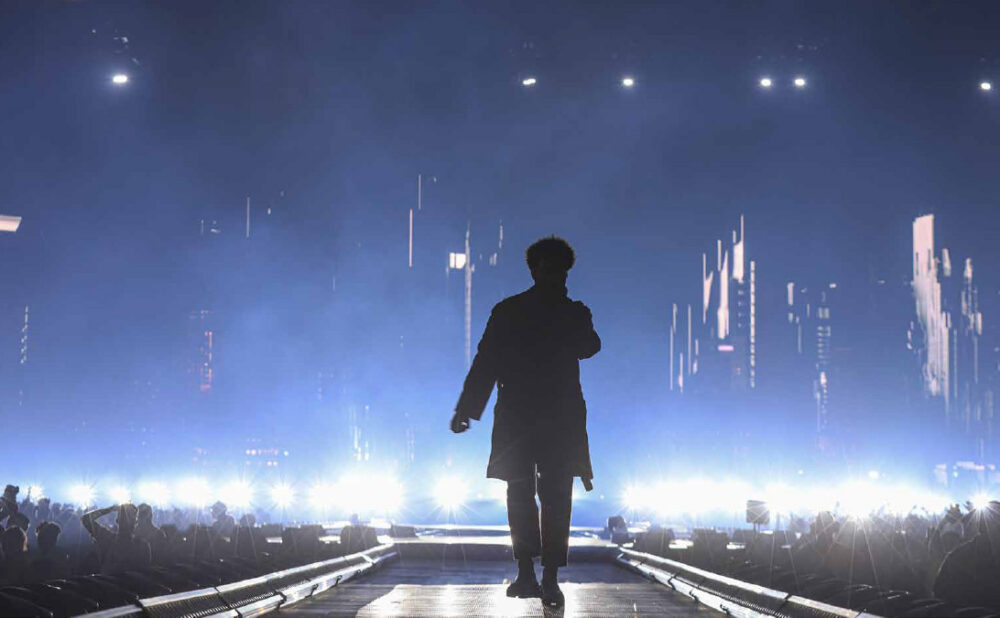 The merch lineup at the Weeknd show Thursday night at, what he still calls, the SkyDome is the longest I’ve ever seen. Enough rope and stanchions to outfit the front of 100 after-hours clubs are needed to contain the massive line that snakes through the concourse.

This crowd is pumped for the stadium debut of a true hometown hero, and they’re going to get the T-shirts and posters to prove it. The Dome, including the concourse, is jammed early for this early-starting show.

Another Canadian star, Kaytranada — who gets along with the Grammys — cranks the already-seated crowd with big beats and Toronto props all while teasing us, using a few panels on what will prove to be a massive video wall, its full force being saved for the headliner’s onslaught.

Two dudes sitting behind me are losing it already: “This is fucking siiiick” they agree, determined to taunt their late-arriving friend who has foolishly skipped the opener as the Montreal DJ makes the most of his opening slot.

After a break that has the crowd bursting with anticipation, Abel Tesfaye emerges in front of the massive, everchanging video backdrop that features an immense city skyline. He wears a clear face mask and Matrix-friendly long, black leather jacket and matching gloves as he performs Alone Again, which morphs into Gasoline from this year’s Dawn FM.

The mask and jacket will be gone by the night’s third song.

A silent Greek chorus of over a dozen dancers draped in red robes add gravitas but few dance steps to the proceedings. They add mass not meaning and will ultimately seem underutilized, the movements limited to drone-like promenades and a few, rare sweeps and waves of their arms — though none of the 45,000 people in attendance are complaining about this or anything else.

The stage dominates the stadium floor like a giant aircraft carrier; a runway pierces the crowd, spanning the equivalent of centre field to home plate and on which the Weeknd will spend much of the night. The video wall cityscape features elements of a handful of cities, including Toronto’s CN Tower, and its lighting and accompanying images move from hopeful sunsets to apocalyptic infernos drenched in real flames.

Even parts of the runway will be briefly and emphatically consumed by fire, halting the Weeknd’s dance advance.

The video wall is never used to feature shots from the show; instead, it propels the unspoken narrative while horizontal screens rising out of the crowd share images of the performance.

A giant moon, lit alternatingly like Mars or Earth’s moon, hangs near the end of the stadium floor runway, and it — plus a consistent cavalcade of stabbing, coloured lights that reach through the stadium ceiling — give the night a magical, manufactured Disneyland-night-time-parade-meets-Sin-City vibe.

The Weeknd’s Super Bowl Halftime Show is legendary, and this performance feels like a Halftime Show stretched over almost two hours from its usual 20 minutes. And like a Halftime Show, it’s nonstop intensity; there are no highs and lows, just unending peaks. And playing all of his hits including, Can’t Feel My Face, Starboy, Call Out My Name and even the Drake hit Crew Love, it’s easy to keep the intensity, pyro-flame hot.

We never see a band all night, though the Weeknd and his team insist there is one. We do get one searing, unseen guitar solo in a show where the music is otherwise track-tight versions of the hits. Boosted or not, his vocals soar and tug at the heart strings, even as the sound is inevitably eaten up by the stadium’s massiveness.

The fever pitch is maintained all night, fed by a steady supply of world-beating hits, stunning, stadium ceiling-soaring lighting and enough flames to consume a major forest.

The show comes to an ecstatic climax as the Weeknd performs a rousing singalong of Blinding Lights, the song that launched a billion COVID-era TikToks. The Weeknd disappears from the stage as the audience revels in the moment while lights poke at the crowd and ambiguous sound drones through the speakers.

And then it’s lights up and “See you later,” another show that is starting to convince me that encores might be an endangered species — or a relic.