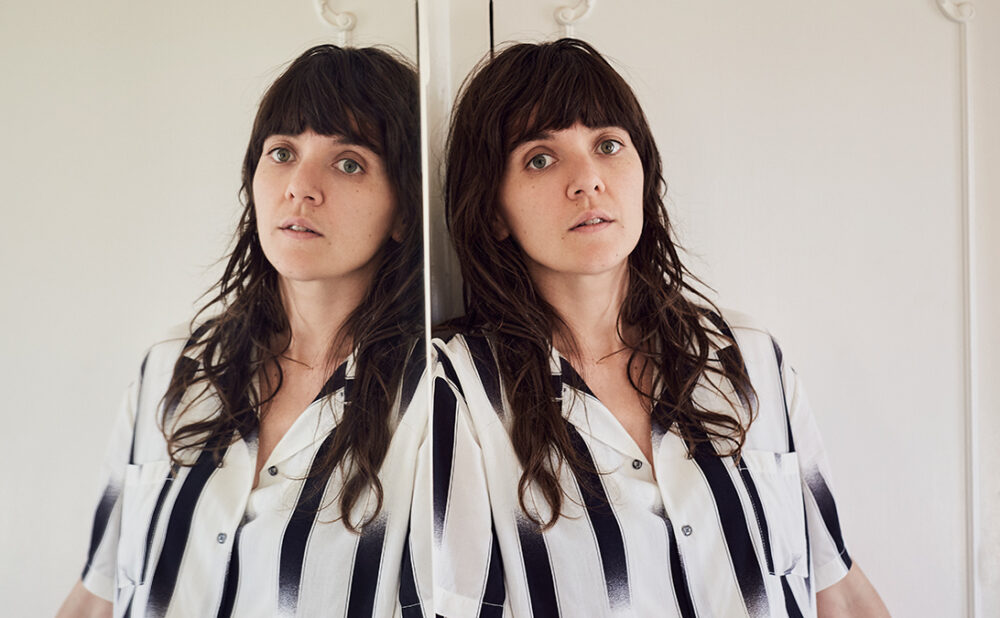 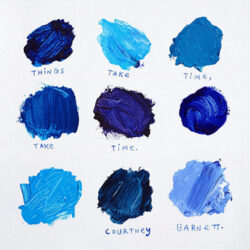 Sound: Easy-going alt-country tracks with an indie edge that are sunny, warm and bitingly smart.
If you like: Kurt Vile, Angel Olsen, Bob Dylan
Why you should listen: Barnett may have built her sound off of tense, whip-smart lyricism, but this album is something new for the alt-rock phenomenon: a newfound vulnerability is woven throughout, with soft, expansive country roots tying together minimalist storytelling.
Best track: Rae Street

Alt-rock icon Courtney Barnett calls me from the desert. “I’m finding a lot of inspiration from nature recently,” she says in a rich Australian accent, explaining her locale. “It’s nice to be out of the city. I’m finding that very inspiring.”

It’s a thematically perfect choice of scenery for the indie phenomenon as she awaits the release of her new album Things Take Time, Take Time: while the records that catapulted her to fame drew from nihilism, anger and sly ironic detachment to craft a clever, nonchalantly punk-y ethos, her latest release is something much closer in form and function to an alt-country album. There are notes of Johnny Cash, Bob Dylan, the earnestness of John Prine; she’s as acerbic as ever, but with a new softness that winds through quietly hopeful lyrics and earnest storytelling like bends on a bumpy desert road.

It’s been almost a decade since the release of her first EP and over six years since explosive debut album Sometimes I Sit and Think, and Sometimes I Just Sit catapulted her from a regional DIY-scene gem to one of the world’s biggest voices in alternative music. While some rock artists sing from a pedestal, her appeal is something entirely different: listening to her sharply perceptive, rambling lyricism feels like hearing the world’s most interesting stranger tell you a story from the bar stool next to you. She operates with a kind of conversational indifference that seems absentminded until you realize how fucking good she is at it.

Barnett is an anachronism: From her bitingly cool demeanour to her monumental mullet, talking to her gives you the sense that you’re witnessing the last vanguard of a bygone era of rock star. Her Australian accent is even more apparent over the phone than it is in her signature spoken-word vocals, but in conversation, her disposition makes it oddly reminiscent of a cowboy’s easygoing Southern drawl (although maybe that’s just the desert clouding my judgment). 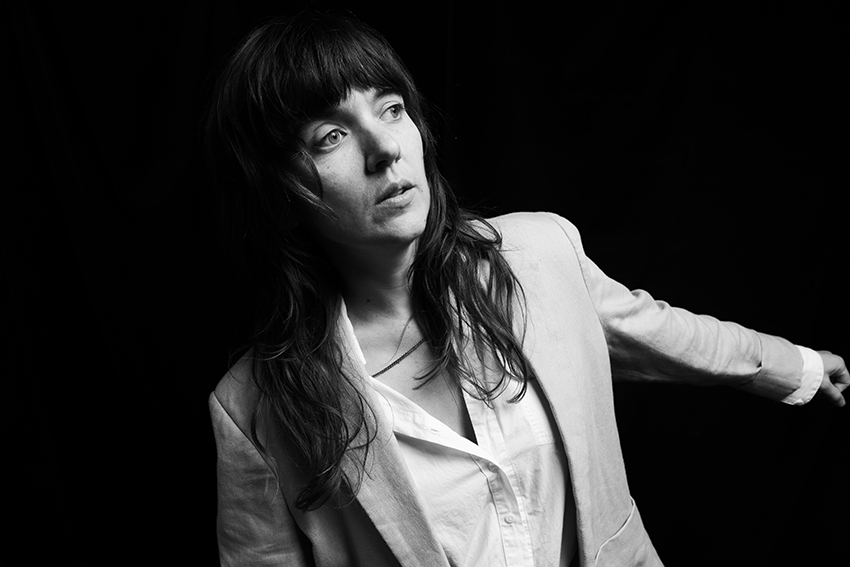 I’d heard that she’s famously shy and reserved in interviews, but if that’s true, she certainly could have fooled me — she radiates a sense of unvexed security that makes me immediately and pointedly certain I’m in the presence of one of the coolest people I have ever met.

Barnett became known, principally, for her whip-smart lyricism: She writes circles around her listener, stitching obscure polysyllables into silver-tongued metaphors and twisting turns of phrase that beg to be unwound but require countless listens to do so.

On my favourite song of hers, An Illustration of Loneliness (Sleepless in New York), she spends a winding verse comparing the cracks in her plaster walls to prophetic palm lines: “My love-line seems entwined with death,” she sings. She’s both interpreter and Rosetta Stone to a language built from idiosyncratic simile and dry, drawling wit that nobody could possibly understand, much less speak, even close to as well as she does.

But in Things Take Time, she’s dropped the chase. In place of puzzles, she’s begun to craft expansive landscapes and earnest, wide-eyed scenes that are every bit as clever as her earlier work, but woven with a quiet vulnerability that’s entirely new. We no longer need to sprint to keep up: On this record, Barnett welcomes the listener with arms wide open.

“A lot of it is just time passing and lessons being learned, and just general experience in the world,” she says. “Just opening up and treating every day like a lesson and pushing myself to grow and to change and not just stagnate and fall back on the same kind of stories that we tell ourselves — the same kind of internal conversations.”

At the end of Barnett’s last tour, the media reported that she was experiencing burnout. 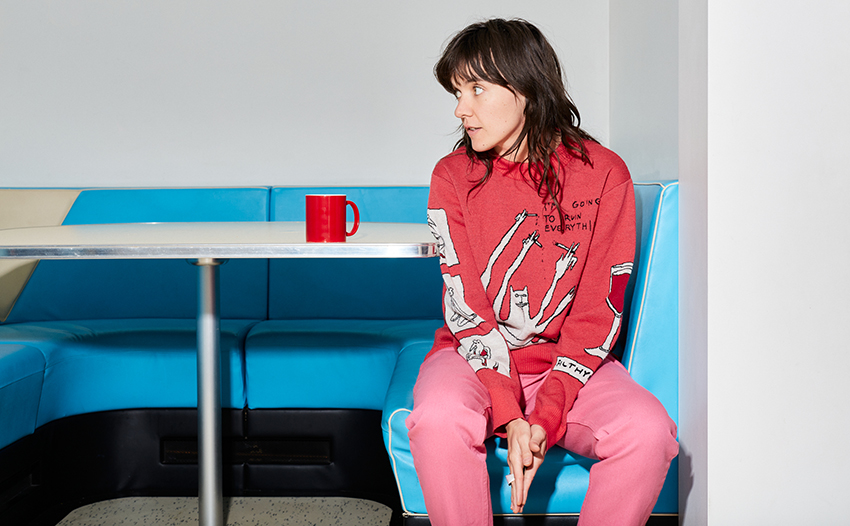 “I think people just kind of say that because it sounds dramatic,” she laughs. Throughout our conversation, she never quite drops her witty edge — she seems understandably wary of showing too much skin.

“But, I mean, yes and no. I guess I was kind of tired from touring and from the last album. Yeah, I probably was. I mean, I was probably pretty depressed and exhausted.”

She began intentionally trying to search for the positives in her life, even when her external circumstances were at their darkest. One of the album’s lead singles, Write A List Of Things To Look Forward To, was very literally inspired by a mission imparted to her by a friend to muster up some hope for the future. Eventually, she filled up her list, and that list became a jangly, road-tripping tune filled to the brim with gritted-teeth optimism.

“I guess it was just a very quiet year and a half. I feel like it was a real rollercoaster, too — but yeah, I think it was probably like a kind of forced reflective time, which is, in a roundabout way, just a good thing. I had that time to kind of catch up on personal thoughts and stuff amongst the madness.”

You get the sense that Barnett has spent her career collecting tension like a tightly-bound spring; in Things Take Time, you hear her take a sigh of relief. It’s an album that’s rife with joy and hope, and it belies a sense of peace that’s in stark comparison to some of her earlier themes.

“I think, for the most part, songs, they’re not incredibly hard to look back on. I spend so much time kind of constructing a song, it says exactly what it means to say. So even though, over time, things change and feelings change and situations change, it’s still like, for some reason …” she trails off, as though checking in with herself on whether she really does feel any reproach towards a past self. “Yeah, I don’t,” she laughs, decisive. “Right, yeah — not yet, anyway!”

“I’m not embarrassed or mortified by my songs. I think it’s just like, I can see my kind of own personal evolution, which is kind of nice — it’s nice to see that and sort of think, ‘Aww, you were struggling here’ or ‘You, well, you were being so defensive here,’ like, ‘You poor little thing … you’ve got a big barrier up against the world and the people around you.’ It’s nice to see the kind of personal growth where I can see that I kind of worked on that, and maybe I don’t do that as much now, or whatever. So even though it’s kind of confronting sometimes, it’s good when you can see that positive change.

“I think it was kind of, I guess, a kind of subconscious effort,” she says of her sonic and thematic shift. “And I think, in a way, maybe like the kind of uncertainty of my kind of surroundings and future and existence. I think my subconscious maybe craved some sort of peace or calm amongst the kind of stuff that I was consuming from the world, and just how I was feeling. It’s almost like it was this weird roundabout forced, like, trying to calm myself down — trying to find peace amongst the chaos. So it was a bit therapeutic. I guess writing’s always some form of understanding things.” 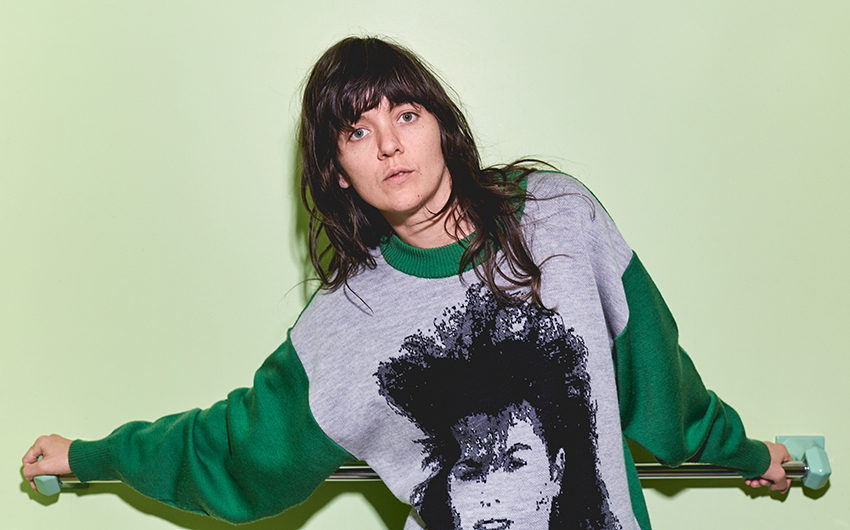 But the life of an artist certainly isn’t simple: Workload and schedule aside, Barnett is reserved and private and also happens to regularly share some of the most intimate parts of herself with an audience of millions. To have so many people not only looking at you, but peering into the most private corners of your brain — how does one deal with it?

“I think it’s just this learning thing as time goes on,” she muses. “The biggest thing is just that, as humans, we all project so much onto other people, famous or not — we all kind of do it in so many different ways. But you never know what people are thinking, and you can’t control what people are thinking. All you can do is just kind of do your best at whatever you’re attempting. And I guess everybody reads things in different ways with their own kind of their own focus attached. It’s interesting. Being a songwriter and a musician … it’s like Psychology 101.

“I mean it’s like — it’s amazing. I think that what it comes back to is just people connecting with music and with stories. There’s so many beautiful elements to that, you know — when people really just can relate on an emotional level to something that they’re hearing.”

There’s a stigma in the music industry that the greatest works of art are produced through pain, and Barnett’s tougher, more jaded years certainly produced some phenomenal art — but it’s for that reason that I find it so profoundly gratifying that the kind, self-forgiving Things Take Time, Take Time is some of her finest work yet.

“There was a real joy in the album, and I felt a real shift in my kind of emotional stability. Just like some sort of willingness to open up and be vulnerable in a way that I didn’t know before. I think it was understanding this kind of unconditional love. I found joy in being open enough and not scared to talk about just how I was feeling.” 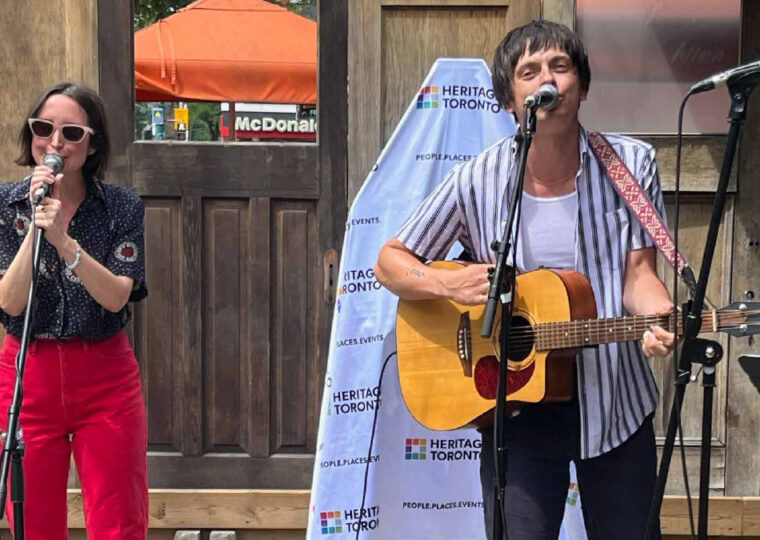