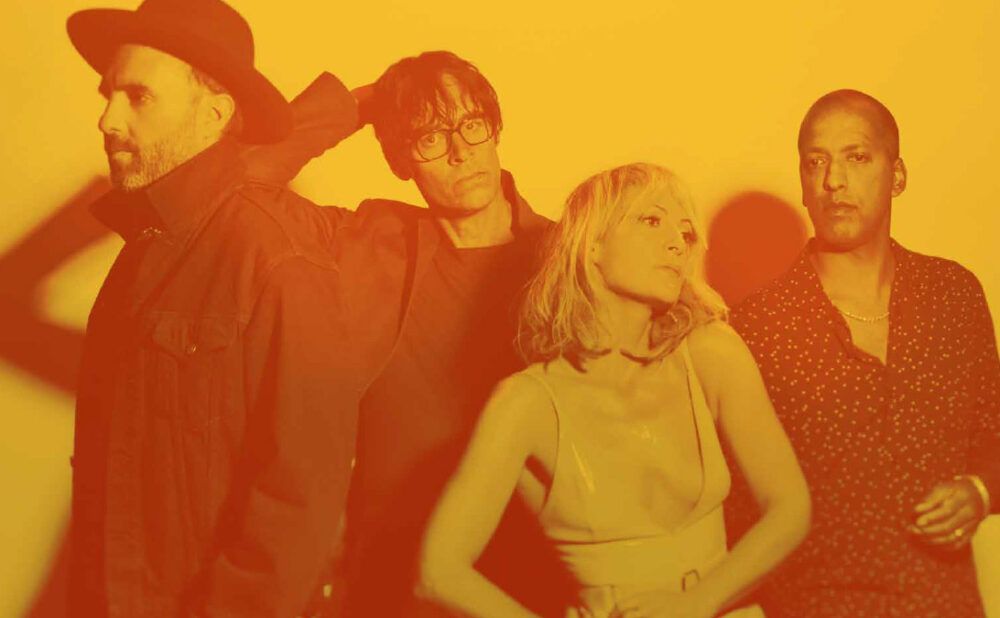 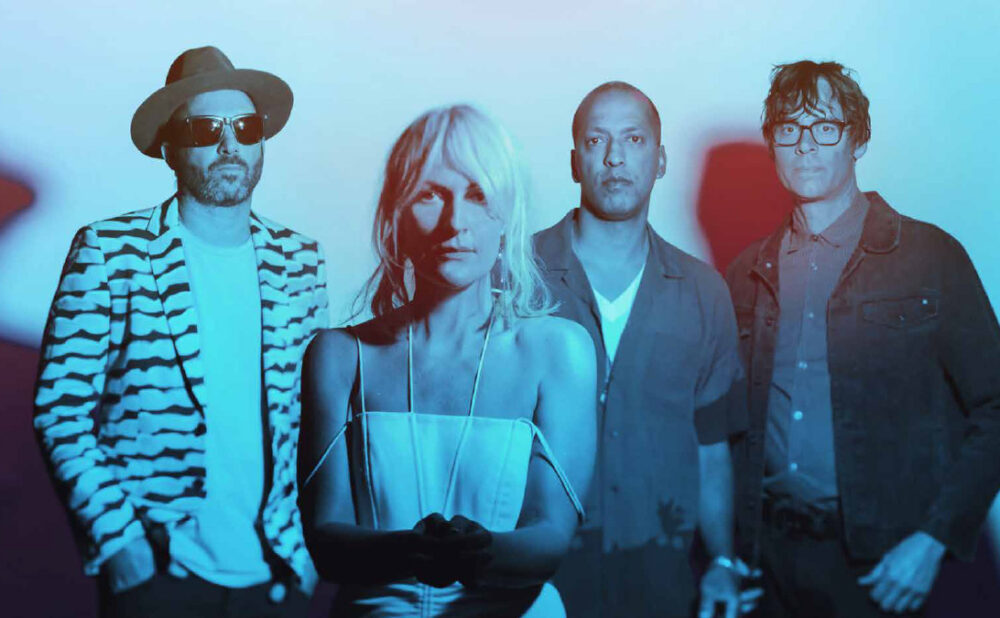 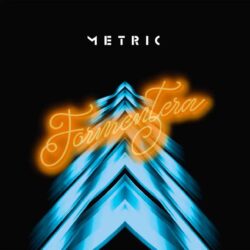 Sound: Catchy rock riffs and wavy synths that are guaranteed to get you moving.
If you like: Yeah Yeah Yeahs, Rilo Kiley, Mother Mother
Why you should listen: Canadian indie rock icons get real about the trials of the world and seek to provide sonic comfort. From 10-minute-long opening tracks with dark techno beats to grand orchestral arrangements, this record has a little bit of everything.
Best track: Doomscroller
Next: Vancouver, The Orpheum, Sat., Aug. 13; Calgary, Southern Alberta Jubilee Auditorium, Mon., Aug. 15 & Tues., Aug. 16; Toronto, Budweiser Stage, Fri., Aug. 26

When I connect with Emily Haines over the phone, we’re an ocean apart. Normally based in Canada, the indie rock singer is calling from London, England, just hours before the release of Metric’s new album, Formentera. Haines and guitarist James “Jimmy” Shaw are hopping between countries to promote the record and connect with fans in person. Having spent a week in interviews and performances, her voice is a little rough, but her excitement for Metric’s next chapter is crystal clear through my phone’s speaker.

With over 20 years and several Juno Awards to their name, Metric are a band that seamlessly cross genres, blending indie rock with synth pop and new wave. Formentera is no different, with its robust guitars, dreamy electronics, delicate piano pieces and shimmering vocals. Named after an island in Spain, Formentera is a record about escape. It processes the fear and frustration of the last few years and provides listeners with a sense of relief, like a metaphorical sunny beach.

Before Haines prepares to stay up until midnight for the official release, she tells me about the album’s messaging, throwing intimate listening parties and returning to Canada during the pandemic.

Formentera — a place and a symbol

In every language on this press trip, we’ve been trying to come up with a version of the word “escape.” While writing, we were dealing with the combination of the endless, terrible news, the claustrophobia of closed international borders and the practical concern that our industry was damaged — all while the snow outside was stacking up. So, one day, we needed to think about something else and we had one of those dream travel destination books. We opened it to the page Formentera, Spain, thinking we’d do a different page every day.

Usually when we write, I bring in a song and Jimmy helps flesh it out or vice versa. The title track was our third way of creating and it’s kind of my favourite. It’s where neither of us know what the hell just happened, but we suddenly have a song. It became this feeling that we needed to share. We needed an escape, a meditation. It’s this idea that you have to set yourself free.

The song, Doomscroller, has a similar theme. It’s the idea that you soothe, escape and recover by going in and dealing with it rather than suppressing and hiding. Take the line “Lining up all the numbers under the name.” That could be COVID hospitalizations or deaths but, sadly, could also be victims of domestic violence or missing Indigenous women or species that are going extinct. I had to process it all, and we had this revelation that the only way out is through.

The song Formentera actually got backburned, but then everyone in the band felt like it was the heart of the record and that it should be the title.

I’ve actually been to the island, and it’s as beautiful as it seems. I think the whole band should travel there someday!

I’ve been reflecting back, and I always feel like I get this glazed look in my eye; I can’t believe this happened and we lived through this. We went through major changes — I was living in L.A.; I was supposed to go back and just never did. I still haven’t been back!

Josh Winstead [bassist and synth player] and Joules Scott-Key [drummer] were in the U.S., we didn’t see them for over a year, which is the longest since we met them. So, Jimmy and I just focused on writing and building a studio in rural Ontario. We didn’t email files or anything like that. I know that works for some bands, but that’s not our style. Eventually Josh and Joules crossed the border and they played on every single recording.

Returning to Canada and finding your roots

You know when you’re trying to put down roots but they just won’t take? I came to Canada from New Delhi when I was three and I always felt very lucky, but also didn’t think Canada was supposed to be my end point. I’ve lived in New York, Los Angeles, Berlin, London and always had this feeling that I needed to be somewhere else.

Somewhere along the way I realized it’s here, it’s Canada. I need seasons! It was actually really profound after so many years of being confused to come back. I’ve spent a lot of time in nature here, and it’s just incredible.

Whenever we do these press and promo trips, you have a busy day meeting with journalists and playing sessions but you’re not always speaking to people who actually go to your concerts. And when you’re on tour, you see thousands of people, but there’s not always time to meet afterwards.

While making this record, we were feeling a little existential, asking ourselves why. World events were really shaking people, and I thought, “How do I engage with this without being too on the nose?” So, we asked fans to tell us why they value music, why Metric means something to them. Then we picked 10 people in each city to come listen to the album with us before anyone else hears it. People posted really beautiful, meaningful things that reminded us, as a band, why we do this, because it’s pretty daunting to be in indie rock right now.

In Paris, we booked a little venue for a few hours and played the album on vinyl. I spoke to everyone personally and we pulled a name out of a hat and that person got to take the vinyl home. We did the same in Berlin in a small movie theatre, all red velvet with little lamps.

This is what I love about the strange world that is Metric — I come up with these wild ideas and we have a team that can actually implement them! We’d all had this mediated, virtual experience for so long, it was cool to connect in person like that.

We played a few shows in Mexico in May, which was a really cool starting point. This fall, we make our full return to the stage. I’m hearing horror stories from others on the road, but what am I gonna do, not go? We’re going to make it work and deal with whatever comes our way!

We’ve made a point of always pushing genres, we really have a broad scope. A friend likes to say that our genre is “genre-defying.” I’ve noticed lately that if you put all Metric songs on shuffle, they really flow. Like Patriarch on a Vespa blends into Breathing Underwater. So, I’m really into playing all the fan favourites on tour with some new stuff. We’ll find the perfect hybrid.