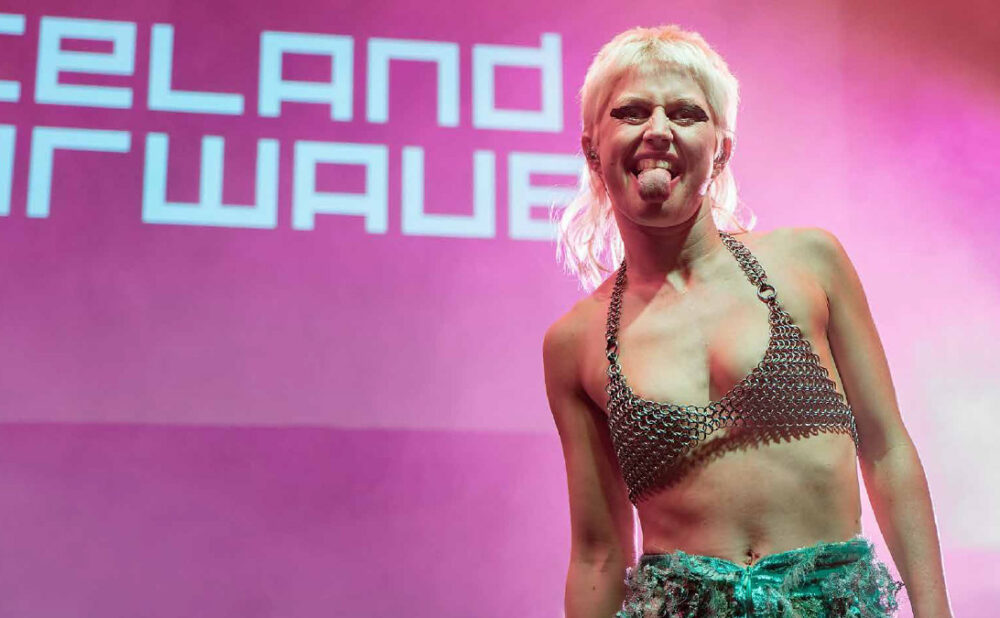 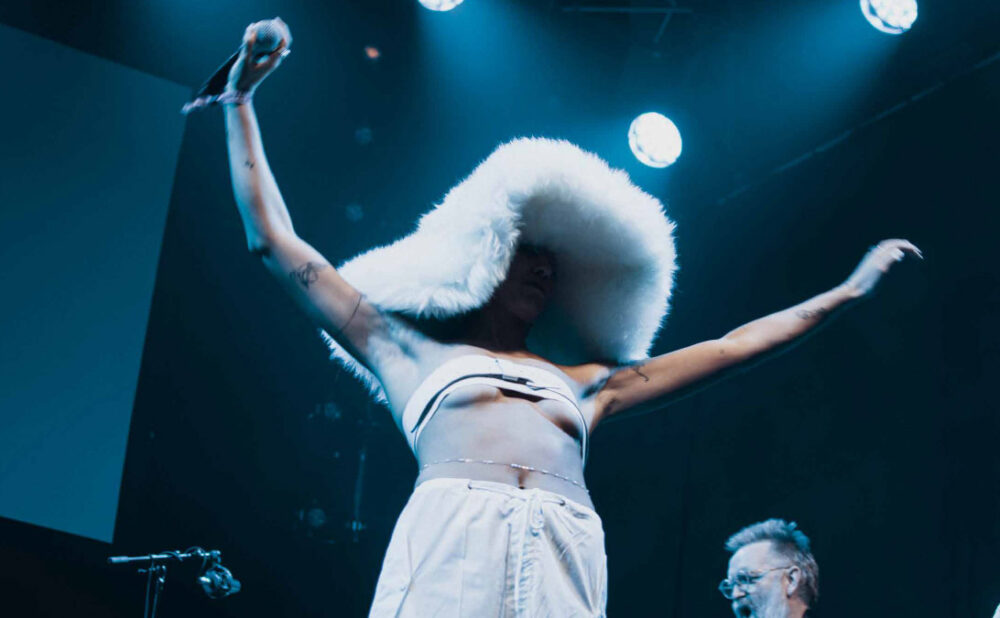 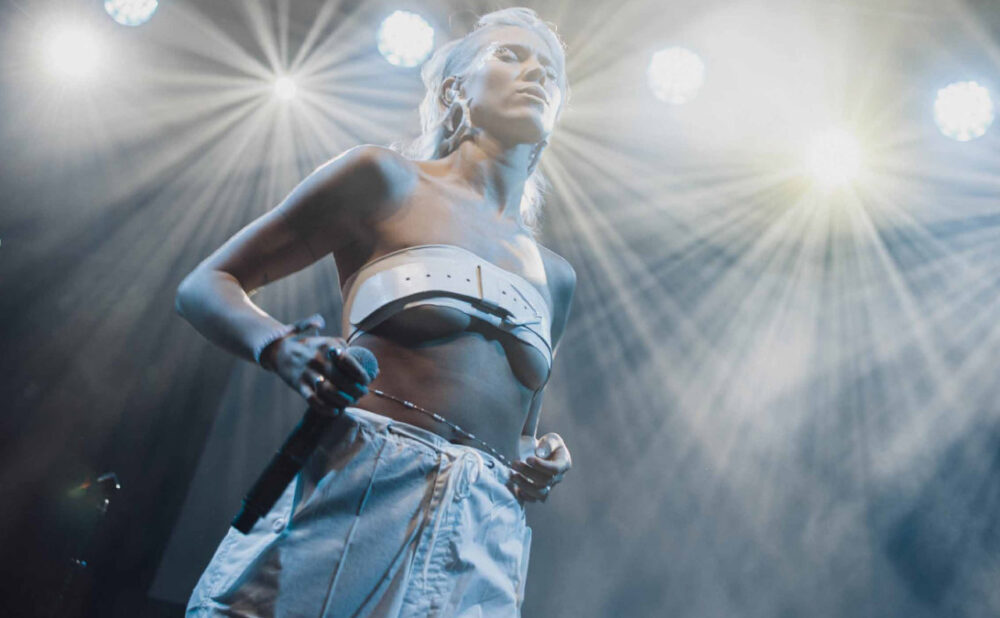 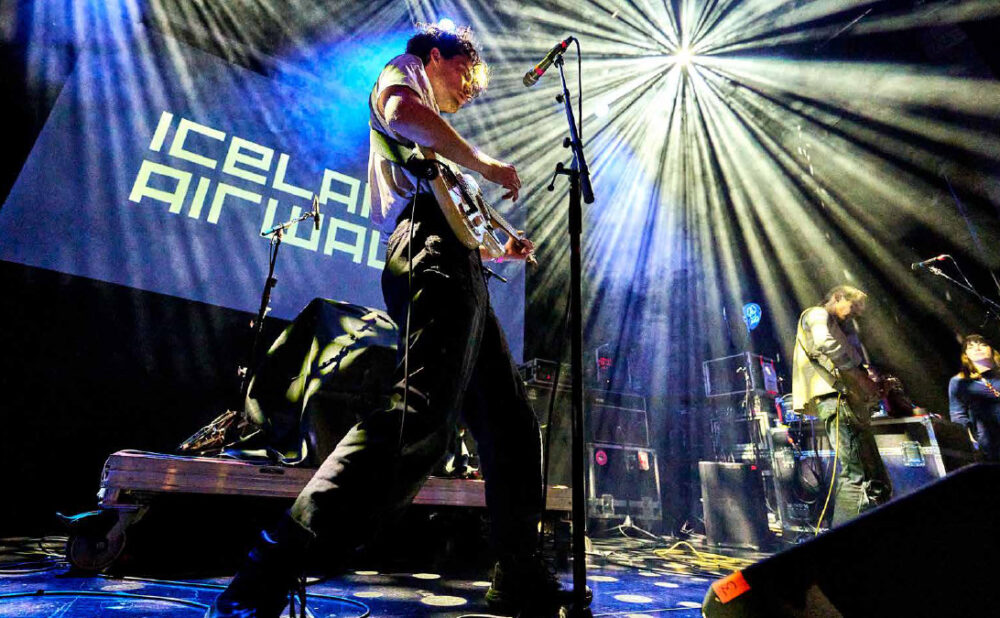 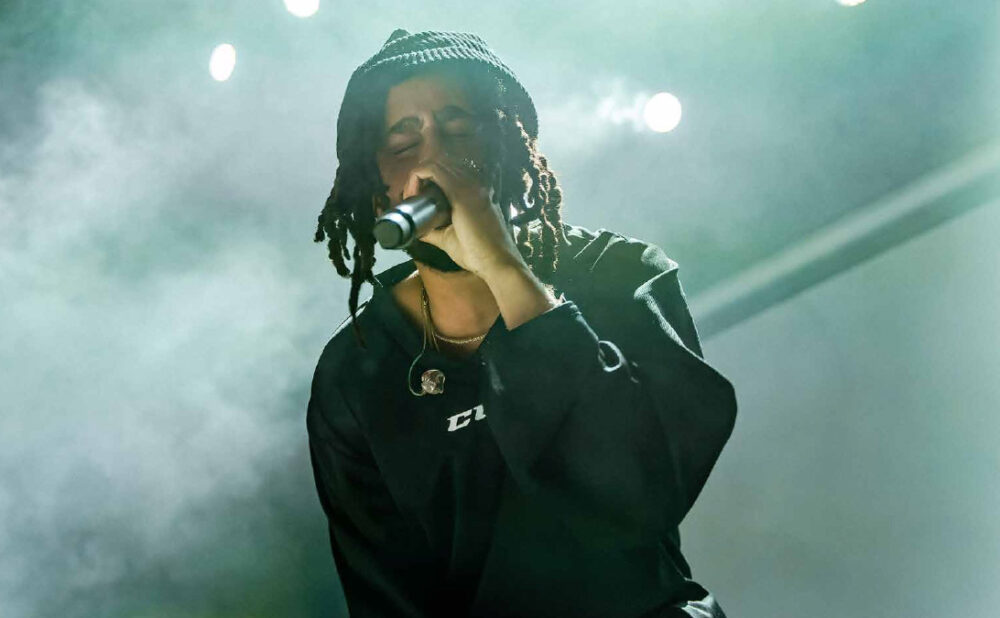 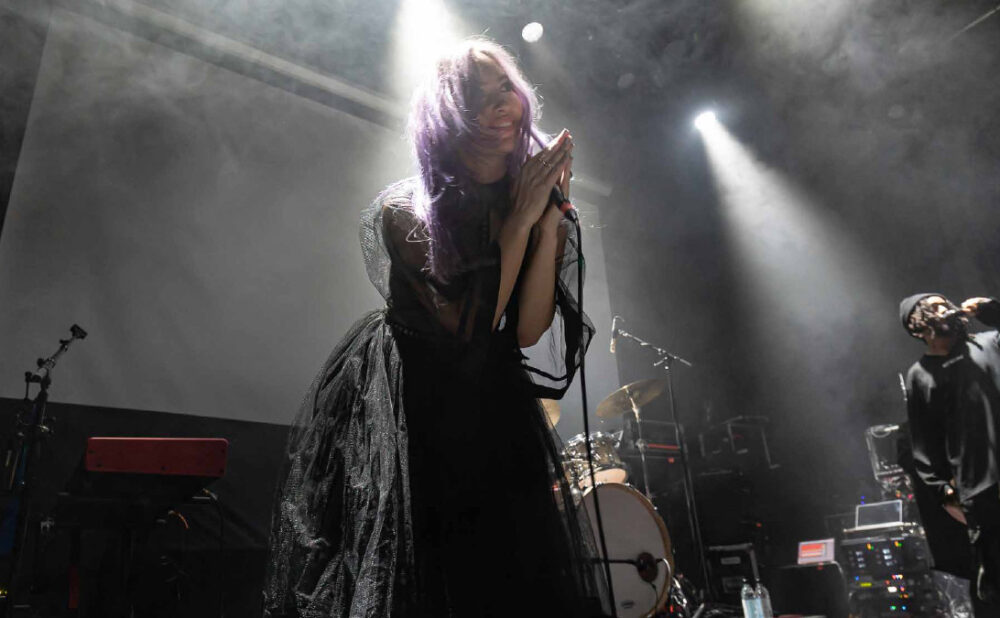 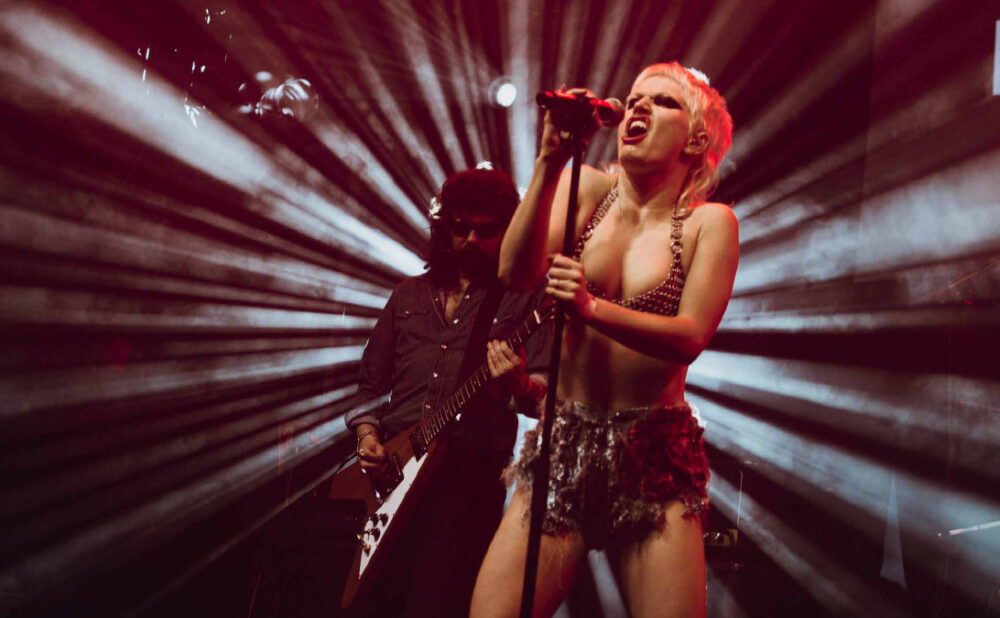 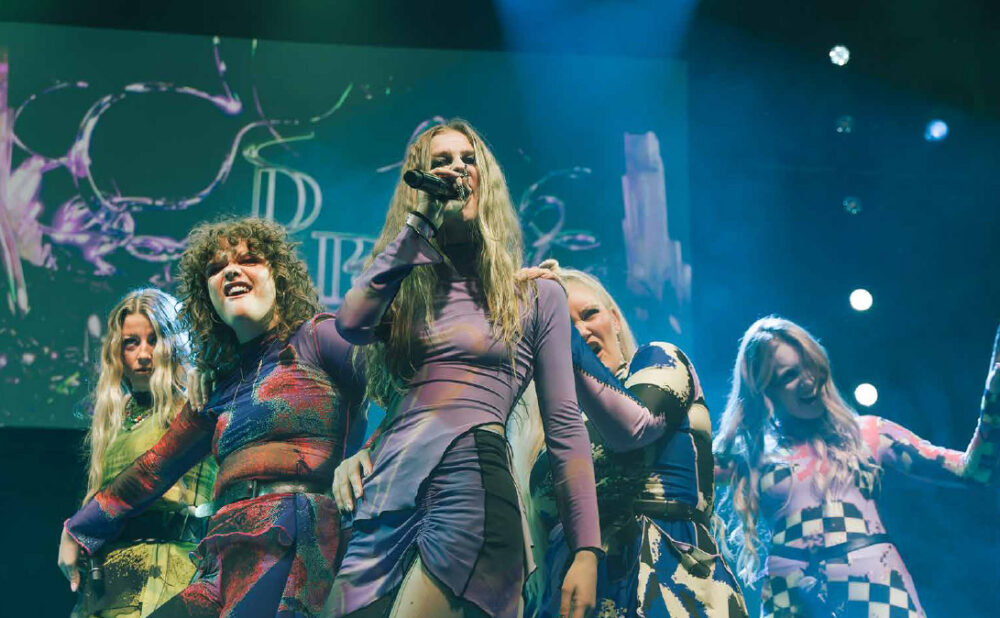 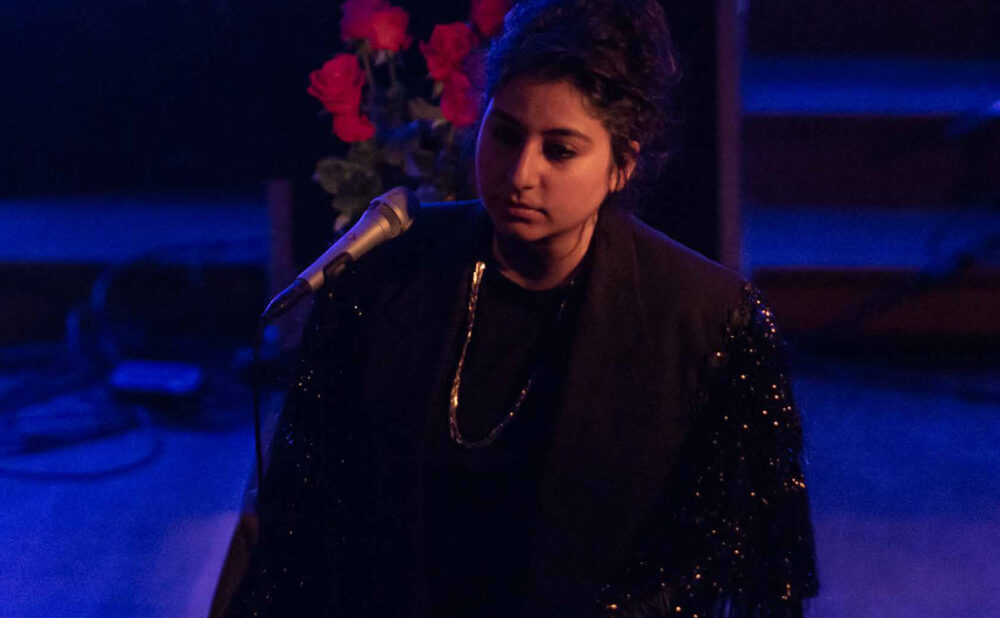 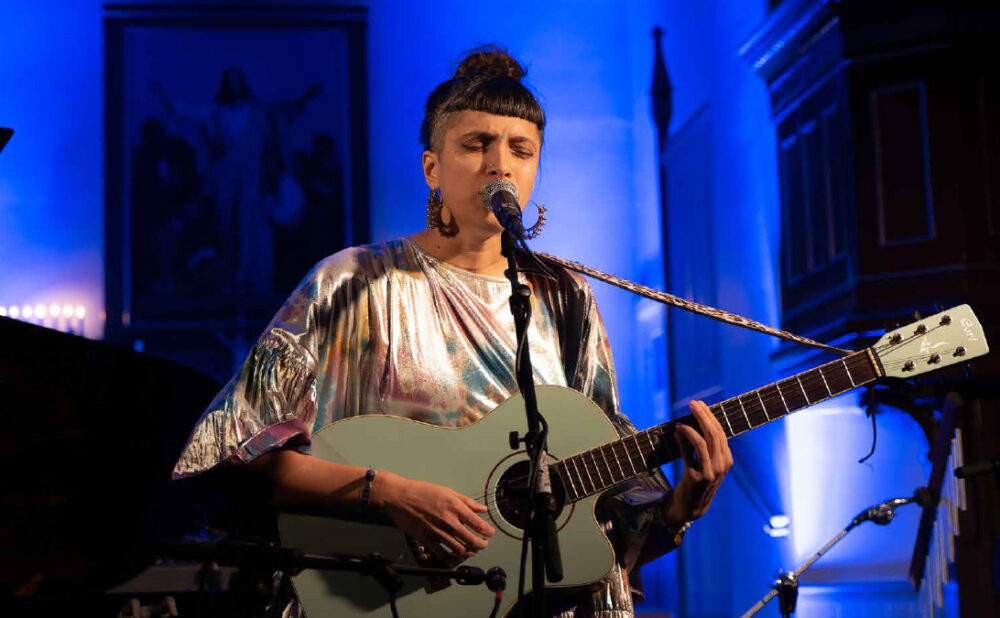 Amyl and The Sniffers Photo by Keira Lindgren

Amyl and The Sniffers Photo by Keira Lindgren

Daughters Of Reykjavik- Photo by KeiraLindgren

REYKJAVIK — Iceland’s beloved Airwaves Festival roared back this month with packed clubs and four Canadian performers – Alyssha Brilla, Chiiild, Crack Cloud and Luca Fogale –among the dozens of acts. The festival returned after the pandemic forced the cancellation of the event for the first time since its launch in 1999.

The streets of Reykjavik are jammed from Thurs., Nov. 3 through Sat., Nov. 5, though jammed is relative in a city of only 140,000 people, in a country of just 350,000 — with its own language, though most people speak English.

I was in Reykjavik last year at the same time for a “placeholder” event as Airwaves producers created a scaled-down weekend of showcases, mostly for locals. For many reasons, including ongoing COVID fears and regulations — and few tourists — last year, the streets were quiet; but each of the three days of Airwaves 2022 sees the crowds grow and the street buzz escalate nightly.

Organizers announce just before the start of Thursday night’s shows that the festival has sold out and, while clubs are full, they rarely feel overstuffed.

The main festival venues are conveniently clumped together downtown, all no more than a purposeful five- or 10-minute walk from each other. It’s an ideal club-hopping scenario where, even if faced with a daunting lineup, the wise festival goer simply heads to the next, closest venue to perhaps encounter an unexpected festival highlight. And the pleasantly packed streets mean one is likely to run into a fellow festival-goer eager to share their recommendations. 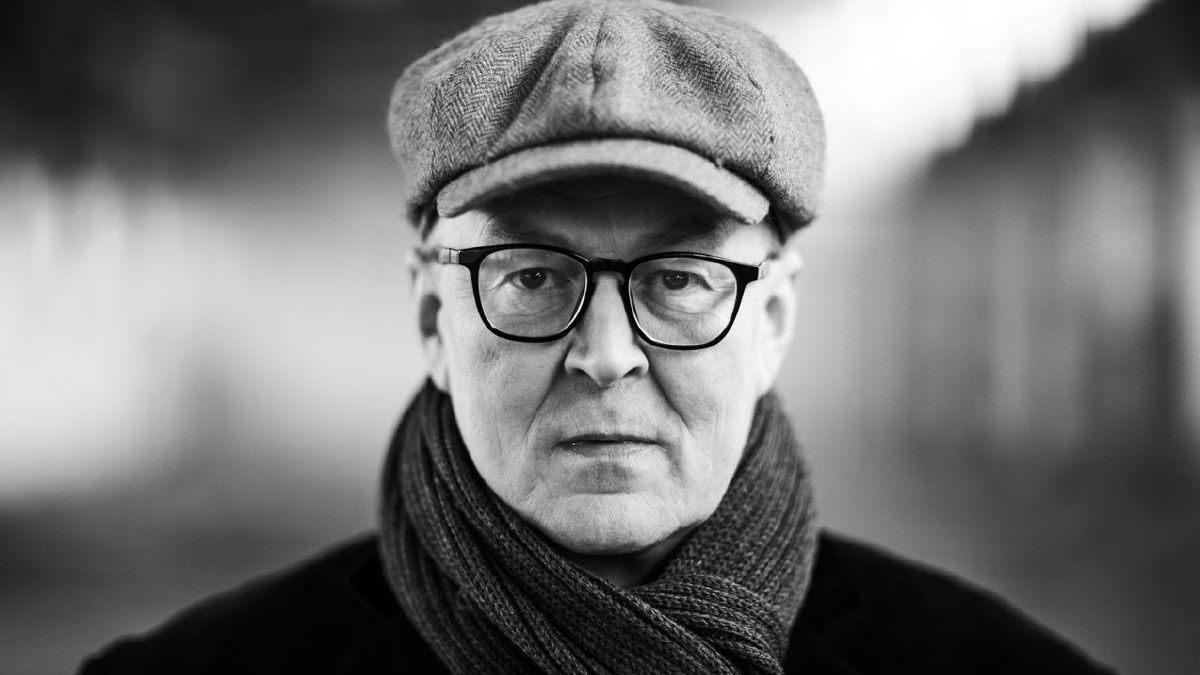 My festival-hopping partner is Icelandic legend Sigtryggur Baldursson — Siggy to his friends, one of which I am pleased to have become. Siggy was the drummer for Björk’s first band, Sugarcubes, and in addition to being a major force in Icelandic music, he’s also an occasional TV host.

Siggy is, of course, a geyser of information on which Icelandic bands to see while we eagerly compare notes on the international acts.

We’ll see 25 acts over the three days, adding longtime and now former Rolling Stone music editor David Fricke to our club-hopping gang. I have long admired Fricke’s writing and battle going all fanboy as we debate musical choices before picking the next club to invade.

The Reykjavik Art Museum, conveniently in the midst of the festival venues downtown and near the harbour is the festival’s “big room.” The sprawling performance space in the museum has great sight lines. When Amyl and the Sniffers play the venue on the festival’s Thursday opening night with a nasty, satisfying agro-fuelled set, the packed room howls in delight.

Having seen the Daughters of Reykjavik before, I don’t stick around for their always awesome hip hop and humour-powered set that follows.

I sprint from the museum past the Icelandic prime minister’s unassuming office to the one-time opera house, the posh-though-faded Gamla Bío, to catch Brooklyn’s synth-fuelled Nation of Language. The brooding, ’80s-drenched trio provide a satisfying update on this retro sound.

Friday night begins with Canadian singer-songwriter Luca Fogale, whose gentle tunes and thoughtful lyrics are perfect programming for the gorgeous and beautiful-sounding Fríkirkjan, a converted church on the edge of the city centre pond that’s patrolled by swans day and night. Easy to see where Björk got her clothing inspiration from. The crowd gives Fogale’s sincere set a metaphorical group hug at its conclusion.

I skip awesome local punk rockers BSÍ playing nearby— saw them last year too — determined to check out Bríet, winner of female artist of the year and pop album of the year at the most recent Icelandic Music Awards. Her mesmerizing performance at the Art Museum doesn’t disappoint. At one point, the versatile singer delivers a pop-music extravaganza with great costumes, dance moves and catchy tracks. At other times, she offers stripped-down, heartfelt singer-songwriter songs accompanied only by guitar. Bríet’s set is an Airwaves highlight.

Fricke skips Bríet to catch local punk rockers Sucks To Be You, Nigel who have a huge buzz and matching lineup outside the Gaukurinn, one of two side-by-side punk-rock-friendly venues (the other being Hurra).

After Bríet, I head to Idno — another gorgeous venue near the pond, all deco and gleaming white — to check out a band from the Faroe Islands, one of a handful showcasing here. Until recently, the Faroe Islands seemed to me to be one of the most remote places on Earth — even more so than Iceland — but to Siggy, they’re just “around the corner,” and he notes a few bands to check out.

I really want to like pink-and-powder-blue-cowboy-hat-wearing Faroe Island duo Kóboyex and their take on Orville Peck’s queer cowboy trope, but the songs and performance just aren’t as good as the clothes.

Back at the Art Museum, Los Angeles’s R&B-blasting Emotional Oranges deliver a satisfying though somewhat familiar set that has the crowd enthusiastically dancing throughout.

Gamla Bío’s slightly faded opulence proves the perfect setting for Montreal’s Chiiild and their blend of “experimental soul” and pop with the requisite theatrics we would expect from a band from that city. The Reykjavik crowd loves it as Yonatan Ayal prowls the stage and Lyon Malyon provides flourishes on keyboards and with dance twirls.

Siggy suggests sticking around for Icelandic heavy metal veterans Ham, promising a sonic wall of rock, an aural palette cleanse for the night. Like opening a blast furnace or standing too close to a volcano, the rock veterans unleash a fulsome and sustained, tactile blast of power worthy of their more than 30 years of making metal. 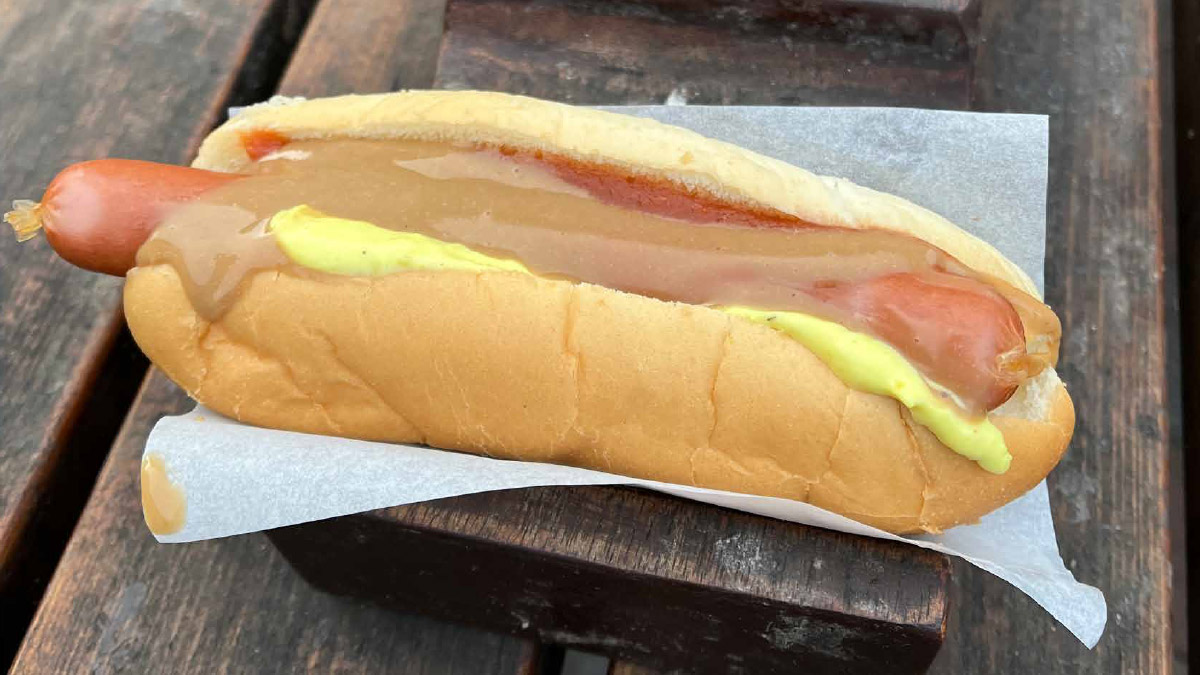 Saturday requires starting the night with a sustenance pit stop at Reykjavik’s street meat mecca, Bæjarins Beztu Pylsur, a little hut in the middle of the festival area that serves shockingly delicious hot dogs at a decent price late into the night. There’s usually a fast-moving lineup for these stadium-sized hot dogs, whose secret ingredient is a beef and pork combination that includes an Icelandic staple: lamb. Getting the works is a must and includes both crispy and raw sweet onions and mayonnaise that looks like mustard.

Pleasantly grimy Hurra club is about half-the-time-it-takes-to-eat-a-hot-dog away from the stand and angst- and anger-ridden Danish band (with Faroe Island roots ) Brimheim makes the perfect sonic digestif with hints of Patti Smith in images and attitude, accompanied by a drone of grunge guitar.

The evening takes a turn for the tender back within the sacred walls of Frikirjan first with mega-talented Icelandic singer-songwriter Arny Margret. This is my fourth time seeing the singer in the last year — twice when she came to Toronto for promo trips and a year ago in Iceland — and each time, she is more confident and compelling. Barely 20 and raised in a small town in the northwest of the island, she has worldliness and wisdom beyond her years and locale.

Grammy winner for best global music performance in 2022, Pakistani singer Arooj Aftab and her jazz-based sound is a pleasant surprise in a festival generally featuring other genres. Aftab delivers breathtaking vocals accompanied by a skillful and unobtrusive guitarist in a spellbinding set perfectly suited for the room. The feisty singer spends much of the time between songs good-naturedly — but not entirely — complaining about having to compress her set to fit within the festival’s 40-minute time limit.

Any complaints are quickly forgotten, swept away by the singer’s transcendental sound.

When they aren’t performing, many — most? — of Iceland’s musicians are taking in Airwaves and Bríet, as well as her super-sombrero-sized fur hat, are on hand for Aftab’s sensational set.

Heading home later that night, routinely searching the sky for northern lights and spying occasional green bands above, the crowds are getting sloppier and some unpleasant scooter crash seems increasingly inevitable as drunken partiers pile, sometimes two at a time, onto the ubiquitous conveyances.

Icelanders say “sorry” as much as Canadians do, and they carefully stand up their scooters after use, much like in Canada and unlike the piles of two-wheeled trip-traps scattered all over Austin during SXSW.