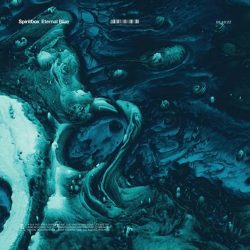 Sound: Melodic vocals meet harsh screams and thrumming instrumentals that you’ll feel in your soul.
If you like: TesseracT, Make Them Suffer, Currents
Why you should listen: One of the year’s most anticipated metal albums, this Vancouver Island band is proving there’s more to the genre than breakdowns. A balance of soft and heavy tracks, there’s aggression to amp you up for a live show but also a gentleness that’ll make you want to cry in the pit.
Best track: Sun Killer

The first time I heard Spiritbox, my life had just been flipped upside down. Out of work due to the pandemic and aimlessly driving around my small, southwestern-Ontario hometown contemplating my next move, the band’s breakout single “Holy Roller” came on the radio. I was immediately consumed by a sonic wall of anger, surrounded by guttural screams and heavy guitars. It was raw and cathartic and exactly what I needed at that moment.

Sensing this progressive metal band from Vancouver Island was something special, I followed their journey over the last year as they shared pieces of the upcoming debut album Eternal Blue. Turns out I wasn’t the only enraptured listener, as the band quickly amassed millions of streams from fans around the world with only an EP and a few singles to its name.

“It feels like we had a ton of time where we couldn’t get anyone to validate or care about us, except for a really small, core group,” says vocalist Courtney LaPlante from her Vancouver Island apartment.

“And now, it’s really overwhelming, especially because most of this hype was created while I was isolated on the island and all of us were working our day jobs. It’s been so positive that I’m like, ‘Where do we go from here?’” 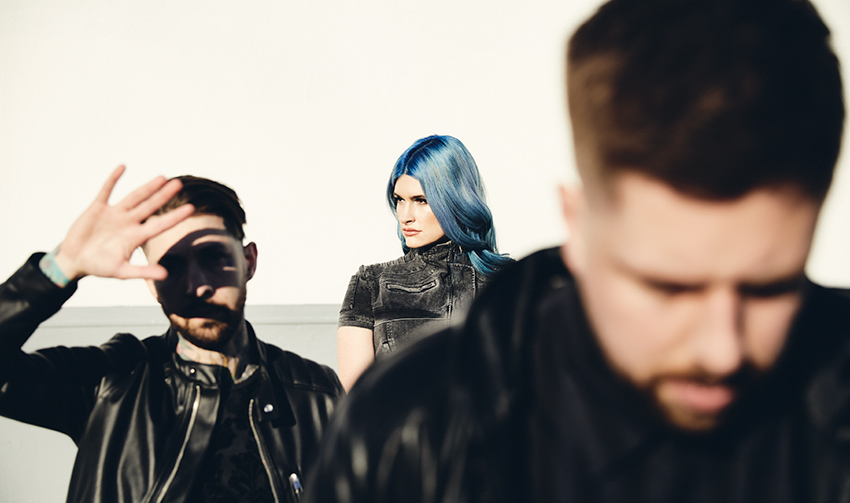 LaPlante, her husband and guitarist Michael Stringer and bassist Bill Crook are not new to the music scene. LaPlante and Stringer performed with American metalcore band Iwrestledabearonce for years, touring the world before deciding to branch off and explore their own sound. Although Spiritbox’s exact genre is hard to pin down, there’s an underlying theme of light versus dark in all of the band’s music. “Constance” is a beautiful, ambient track with soaring vocals that pay tribute to LaPlante’s late grandmother; “Yellowjacket” is aggressive and industrial, made all the more powerful by the album’s only guest feature, U.K.’s metal icon Sam Carter of the band Architects.

“A lot of the songs were written when I was in a much worse place, mentally — just feeling personally very defeated. But I was also having such a wonderful time creating music, and I was around people who understood me and we created a safe space. There’s so much variation in our sound because we’re still exploring what our band is, and my biggest goal is to never stop doing that.”

Her hope is that audiences open their minds to the many facets of rock and metal music.

“There are so many dimensions to what it means to make heavy music, and it doesn’t always have to be a low-tune breakdown — it can be so much more plus a breakdown!”

LaPlante and I make quite the colourful pair on our Zoom meeting — my vibrant green hair complements her electric blue hair, mirroring the album’s colour palette. It’s evident Spiritbox is passionate about visuals as much as sound, with its teal-tinted photoshoots and music videos that harken cult horror films like Midsommar and Silent Hill.

“We’re always gonna have this grand, visual idea for the band. My hair, makeup, clothing are such a big expression for me and my music. I can’t wait to have a full visual package with me in a blue, sequinned gown and fire and smoke and a sparkler wall on stage!”

The band is just home after a brief stint on the road opening for Limp Bizkit across the U.S. Touring was far more physically demanding than the members remembered, but it was also incredibly rewarding. Only when they watched recordings did they realize audiences were singing along, and LaPlante confesses she would have started crying on stage if she’d known.

And for the first time in their careers, the members of Spiritbox didn’t return home to day jobs, a reality that the group has always been vocal about.

“I think bands need to be more honest with our fans that we’re all a bunch of fucking losers!” she laughs. “None of the bands you like are millionaires; in fact, most of them aren’t even thousand-aires. We make this music purely because we love it, not for the money. Our band has finally gotten to the point where we don’t have to work other jobs, which I’m so grateful for, but we’re more the exception than the rule.”

On top of finishing a record, LaPlante has found time for a few side projects. She’s made guest appearances on songs with American metalcore group Crown the Empire and Australian deathcore outfit Make Them Suffer.

During the lockdown, she launched her own podcast Good For A Girl, where she chats with inspiring women in the music industry.

“Sometimes the conversation covers sexism and misogyny, and sometimes it doesn’t. I like having the pressure taken off them and letting them talk about whatever they want. It’s also selfish: I get to talk to all these really cool people and learn from them!”

And, while she dreams of awesome collabs, “Right now, I feel like I have to prove that I deserve to sing on my own — that I don’t need other people’s voices. I need to earn this.”