The Pandemic Purgatory of Dawn FM 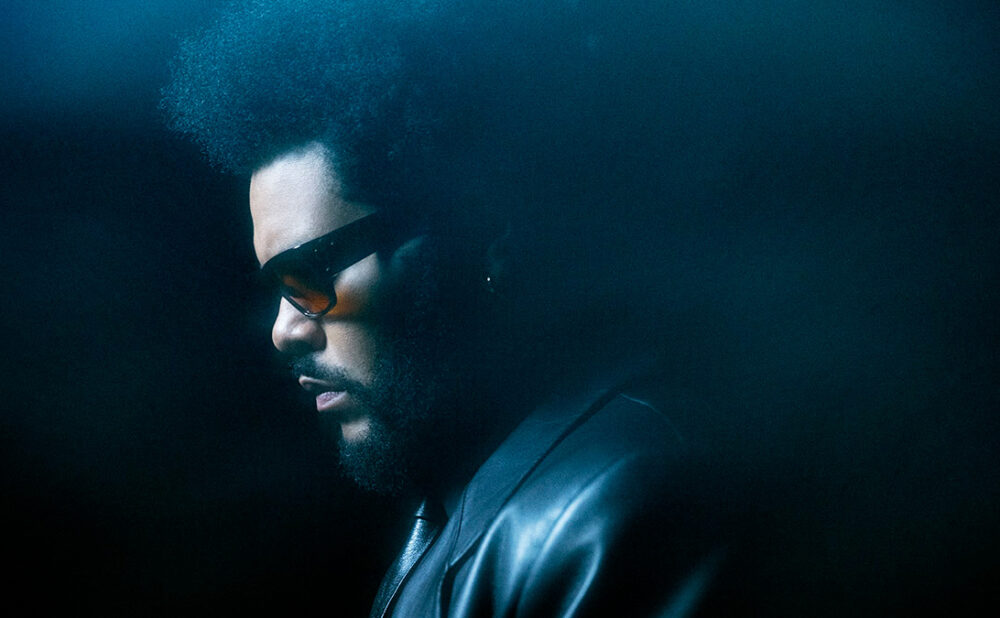 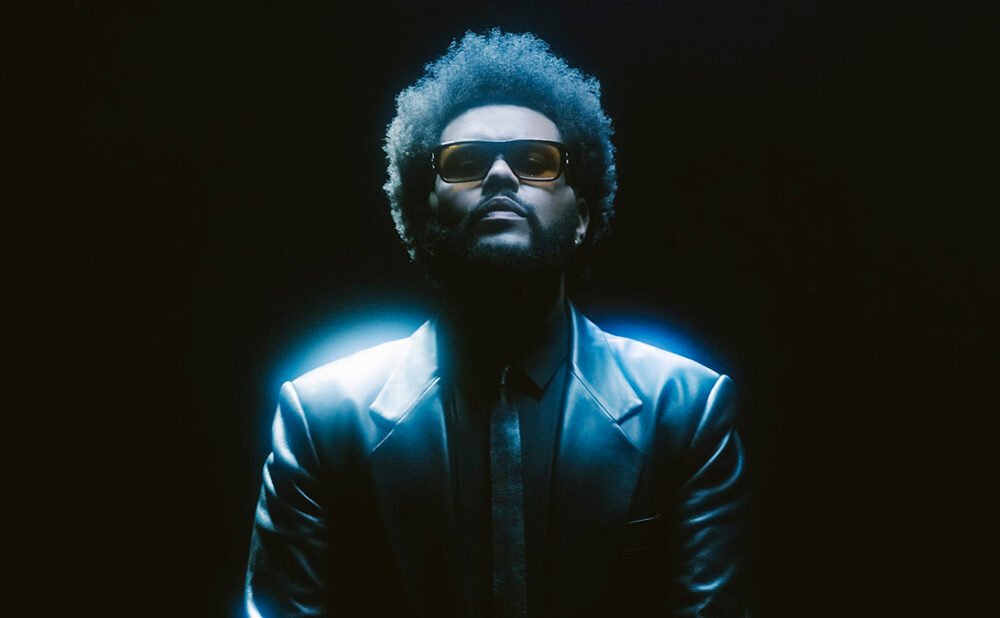 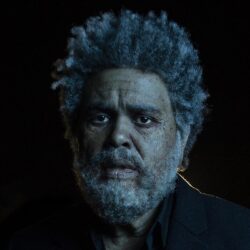 Sounds: Seductive falsetto weaves around laser-beam synths and Thriller-inspired basslines
If you like: Michael Jackson, Prince, Maze
Why you should listen: A veritable work of art, this start-to-finish listen expertly repurposes the best of the ’80s with contemporary R&B sensibilities. Known for his “sonic universes,” Dawn FM cements The Weeknd as a musical auteur.
Best Track: Gasoline

How many years does it feel like COVID has aged you?

If it’s about as many as The Weeknd seems to have gained on the geriatric-looking album cover for his newest sonic saga, Dawn FM, that’s purposeful. Without mentioning the pandemic once, the R&B-pop superstar managed to make an opus that’s sure to be a cultural touchstone for years to come as a work born from this seemingly never-ending hellscape.

Notoriously nihilistic, The Weeknd ( Toronto’s own Abel Tesfaye) has been known to philosophize about death in drug-induced beats since 2015’s hedonistic Beauty Behind the Madness. This time, the Starboy asks: What’s beyond the stars? What happens when you die? Eclipsing Timbiebs as the Canadian pop culture collab of the moment, The Weeknd taps comic Jim Carrey to play the soothing radio announcer of Dawn FM, an intergalactic pastiche of ’80s synth pop that carries the listener through one hour of dance-party purgatory.

All 16 tracks take place in this in-between. Carrey calmly begins by instructing you to “accept your fate with open arms” and to “just relax and enjoy another hour of commercial free yourself music on 103.5 Dawn FM.” It’s the pandemic parallel: We’ve been caught in the in-between since March 2020. Through undulations of lockdowns and re-openings, vaccines and boosters, we can’t go back to our old lives nor are we out of the woods. We continue to exist in purgatory.

“Scared? Don’t worry,” Carrey coaxes, as The Weeknd launches into Gasoline, an elastic piece of synthwave that sounds like the sonic cousin of Styx’s Mr. Roboto. He liturgizes of love in a time of existential dread — depressing as the situation may seem, head-bopping beats make the impending apocalypse feel sexy, like Harrison Ford in 1982’s Blade Runner.

The astral planes of Dawn FM are chilled, blue and dark, but its jittering sounds travel at the speed of light, reflecting off its metallic contours and turning the whole scene into a dystopian disco. The hand of 28-time Grammy-winning producer Quincy Jones is heavy; known for producing Michael Jackson’s most iconic records, he doesn’t shy from placing the M.J. influence front and centre. Take track Take My Breath: The creeping, reverbing bass is a dead ringer for the zombie bassline in Thriller. Rather than sounding like a rip-off, The Weeknd’s pleading R&B vocals modernize the sound.

With references to ’80s tastemakers like Prince and R.E.M., homages to sleazy retro infomercials and guest spots from current rap kingpins Tyler, The Creator and Lil Wayne, Dawn FM takes place somewhere between Back and To The Future.

We’ve all faced some uncomfortable emotions in the isolation of the pandemic — nowhere to go but deeper inside our own heads, reckoning with the past to make sense of the future. In the Weeknd’s case, he deals with regrets of being a fuckboy and losing out on love. Who’s to say whether it’s about Bella Hadid or Selena Gomez, but if one thing is revealed, it’s that he wants to be better. He wants love. Penultimate track Less Than Zero showcases his soft, fluttering vocals coming to the realization that he pushed love away because he couldn’t open up.

Jim Carrey ties the bow on top of this heartbreaking sonic trip with a Dr. Seuss-cadenced poem. “Now that all future plans have been postponed,” he says gently, “And it’s time to look back on the things that you owned, do you remember them well? Were you high or just stoned?” The rawness in his voice, co-opted by the message so clearly tailored to the current moment, cuts deep. It’s enough to draw a tear, if you’re in the mood.

In the end, the lesson boils down to a tacky sign you’ve probably seen in a suburban Karen’s kitchen: “Life isn’t about waiting for the storm to pass. It’s about learning to dance in the rain.” 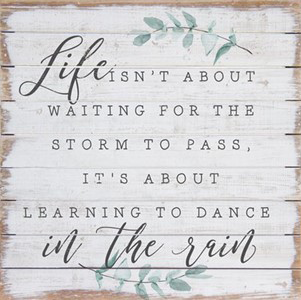 The medium is the message in Dawn FM. Bittersweet songs of love, lust and loss are set to laser beam grooves crafted to light up the dance floor. We may be stuck in purgatory, but to get through to the other side — to post-pandemic heaven — we need to find the bliss within ourselves. Or, as Carrey closes: “You gotta be Heaven to see Heaven.” 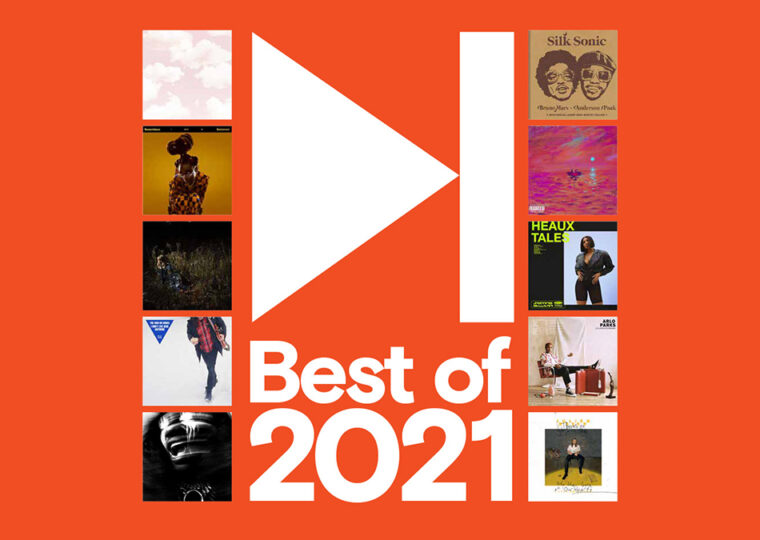 While we were locking down, wasting away the time glued to Bridgerton, [...]