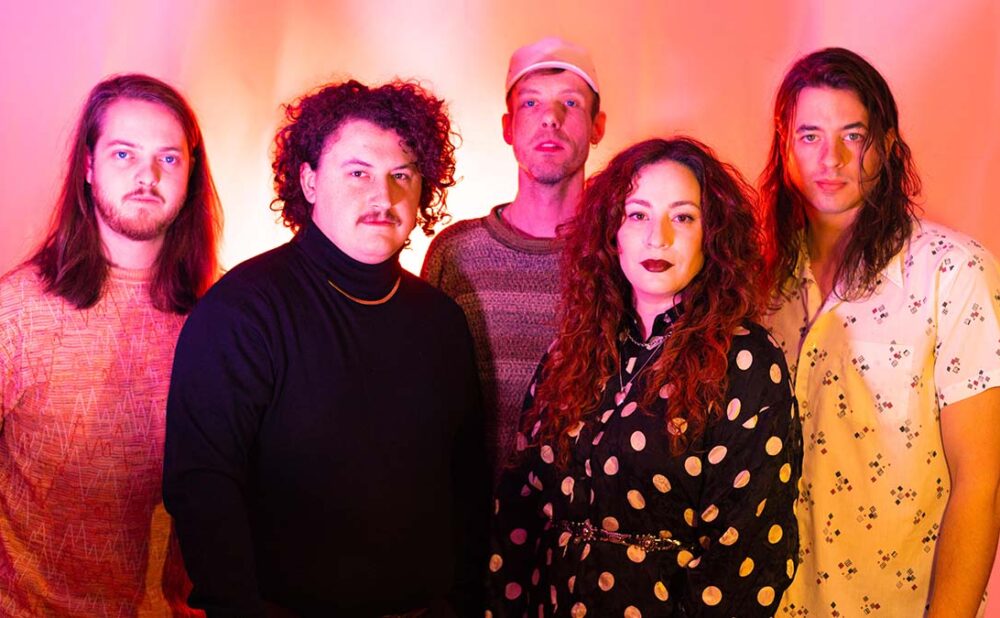 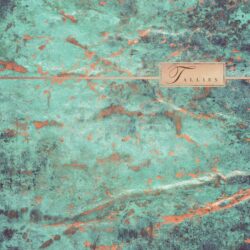 Sound: Like gauze knitted through a wire fence — shoegaze leaning toward noise pop, with delicately confessional lyrics.
If you like: Cocteau Twins, Julee Cruise, Sahara
Why you should listen: The shoegaze here is old school, glittery and magical — sometimes with an intense bent — and the words paint messy pictures with care, as if to tell us to be kind to ourselves. Listen alone and weep or at a party dancing with your friends.
Best Track: Wound Up Tight

Toronto-based shoegazers Tallies’ second album Patina is, by their own admission, nostalgic. It’s far too easy to lose individuality in that backward gaze of nostalgia. But the beauty of Patina is its ability to remain grounded not only in the present but also in the body — as it feels, as it is feeling, even as the album nods to all the best noise pop and shoegaze of the ’80s and ’90s.

If nostalgia is defined as a naive look at the past that sees only the good, then Patina is not nostalgic, it’s something else altogether; and, in its own right,  it’s a stunning reinvigoration of a beloved genre, and a steadying hand on your shoulder.

The band is composed of Sarah Cogan, Dylan Frankland, Cian O’Neill and Andrew Wilson (of Sahara), and was founded in 2017 after Cogan and Frankland met in a music engineering class at Algonquin College in Ottawa. Lead vocalist Cogan’s voice is a force to behold on this record. Simultaneously reminiscent of Lana Del Rey, Julee Cruise and Dolores O’Riordan, there is an aching strength to Cogan’s voice that runs throughout all nine tracks. Though her voice is nostalgic, the words she sings are deeply of the present. The lyrics are beguiling — almost academic — in their confessional poetry. They paint detailed memories and feelings through minutiae that most would neglect to recall.

For example, on the album’s first track, No Dream of Fayres, Cogan sings of a depressive ennui, not glamorous like a sprawling Lana Del Rey sadness but messy, unattractive and punctuated with worry about wasting. She attires images most would neglect, like light glinting off braids of hair, but that communicate a memory cauterized in the mind during a petrifying sadness — the kind this song is about.

Each track deals with this kind of honouring of things seen and felt during or between heightened emotions, making it so the tracks seem like consoling letters to the self — a modern, meditative take on a genre that in the ’90s might have seen more dizzying and frenetic lyrics to complement the whirl of the shoegaze sound. The poetry on Patina doesn’t hurry; Cogan’s words are stalled, excavating the moment, as if to say that if one is to be stuck in a terrible pain, why not admire its nuance?

Heavens Touch makes a home in terrible feeling. Even though this track is about that wrenching, hollowing experience of loving someone more than they love you, it’s so beautiful and lush. With the guitars shimmering and the bass heavy, this track rings like the dramatic and smoky lament of a Lynchian lounge singer, but the lyrics are sober as a landscape painting, speaking of a freighted fear. The song is about a kind of walking on eggshells, working against the fear in oneself to calm another, all of it being inspired by a desire to have them stay. This song is quietly affirming for how it vocalizes a desire we know is destructive  — to want bad people to stay — but that we whisper into the night anyway.

Cogan’s words contain a validating contradictoriness, and this is another way the words on this album honour the self.  With their idle observations and verboten desires — the pain they speak of and the need to persist, to stay alive despite the pain — the lyrics on Patina are delicately empowering. On the record’s final track, When Your Life Is Not Over, Cogan sings during an earworm of a chorus about learning to love loneliness. It’s a sad but hopeful promise, and you can’t help but sing along, teary-eyed. Cogan’s words during the end chorus repeat over and over again, functioning like an inescapable mantra that will anchor listeners.

With Frankland on guitars and O’Neill on drums, they collectively create a sound that would be mightily comfortable nestled among the ranks of the Cocteau Twins’ Heaven or Las Vegas and Medicine’s Time Baby III. But though the music is glimmering with a sweet nostalgia, it’s also so much more than that: it’s planted firmly in the present and looking forward with an assuredness in the self through the self-honouring meditations of the lyrics, which aren’t encumbered by any kind of morality.

The band’s skillful command of the genre, and Cogan’s at-once airy and wide vocals  — that say to us that it’s okay to linger in the liminal, to feel without guilt — come together to create an album that is easily one of the most refreshing and unforgettable of the year.