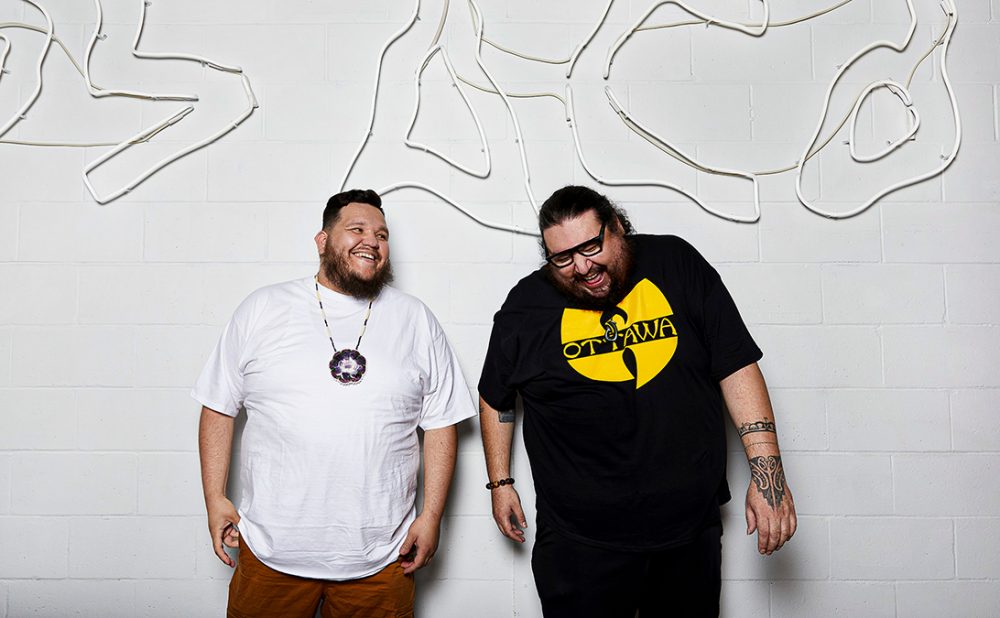 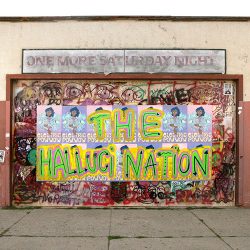 Sounds Like: Indigenous drum circles, Pow Wow calls and mosh pit-worthy beats.
If you like: John Trudell, Buffy Sainte-Marie, Skrillex
Why you should listen: Featuring collabs with Canadian artists, like rapper Haviah Mighty and CBC Q host Tom Power on the banjo, this joyful yet hard-hitting record unites sounds from dancehall to throat singing while daring listeners not to dance.
Best Track: The OG

What started as a sold-out party at an Ottawa club in 2007 went on to become the Electric Pow Wow genre — a sound that shakes bones and demands dancing while firing up listeners about fighting for Indigenous rights.

As both A Tribe Called Red and as The Halluci Nation, the group has scored a league of awards and recognition in the Canadian music scene, but perhaps its most important accomplishment is the space it has carved for Indigenous culture in mainstream music.

We catch up with producer Tim “2oolman” Hill and DJ Ehren “Bear Witness” Thomas surrounding the drop of the band’s upbeat new album, One More Saturday Night, and the kickoff of an ambitious North American tour.

1. Right now is an especially heavy time for Indigenous people in Canada. Is there a message you hope One More Saturday Night conveys to the community?

200lman: The last album we did was pretty dark and heavy. It exhausted me in a lot of ways. When it came down to making this new album, there was a sense of wanting to make something lighter and more fun.

Bear: That was the challenge: how do we do that without pulling back on the punches? Our last album was all about Indigenous struggle. With this album, we asked ourselves, “What if we put out music dreaming about a future where there isn’t a struggle?” It became about exploring ideas of love and a positive dream of the future.

2. When did the music go from party to political?

Bear: We were DJing a sold-out Saturday night party each month — when the idea of using Pow Wow music came up, we started to draw more attention. Once the media got involved, it was politicized very quickly. The idea that “these Native DJs have created a space for Native people” was really thrust upon us.

We had to decide very quickly how we were going to handle that; we decided we had to use this opportunity to shed light on things in our community that aren’t getting talked about.

3. When performing, you typically wear denim vests with a big patch on them. Is there a meaning behind this style choice?

Bear: By creating that patch — a very ’70s looking “great seal” of the nation — and the idea of The Halluci Nation, we had something that all of our fans — Indigenous or otherwise — could be a part of. People would say, “I wanted to wear a headdress because I love what you do, and I want to be a part of it.”

Now we can say, here’s this patch. We all wear it on our back, and this is a signifier that you’re a part of what we’re doing without having to be culturally appropriate.

4. Some of your older tracks are gaining traction on TikTok, particularly with Indigenous creators. What’s it like seeing this play out?

Bear: With Indigenous people, we’ve always wanted our music to incite pride in ourselves and in our culture. When I see them using our music to represent themselves with pride — that’s exactly why we put this stuff out in the world. 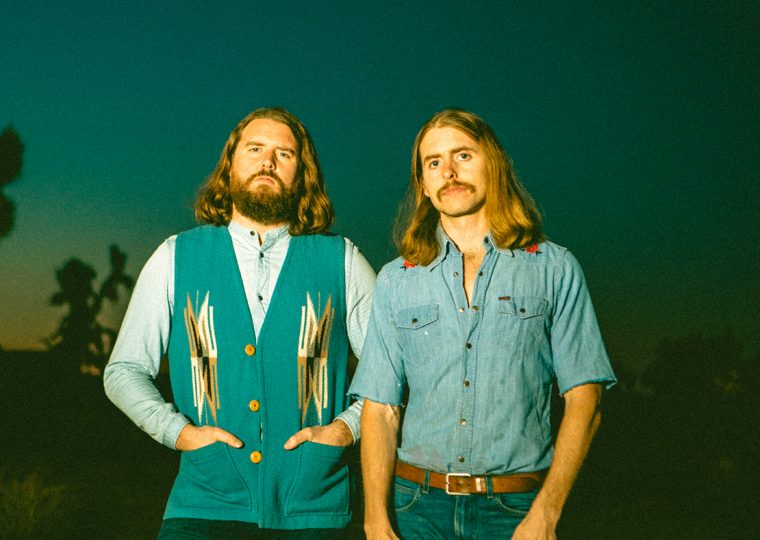 NEXT chats with Shamus about influences, origin stories and the trials and [...]