Peter Jackson Talks Beatlemania and Get Back 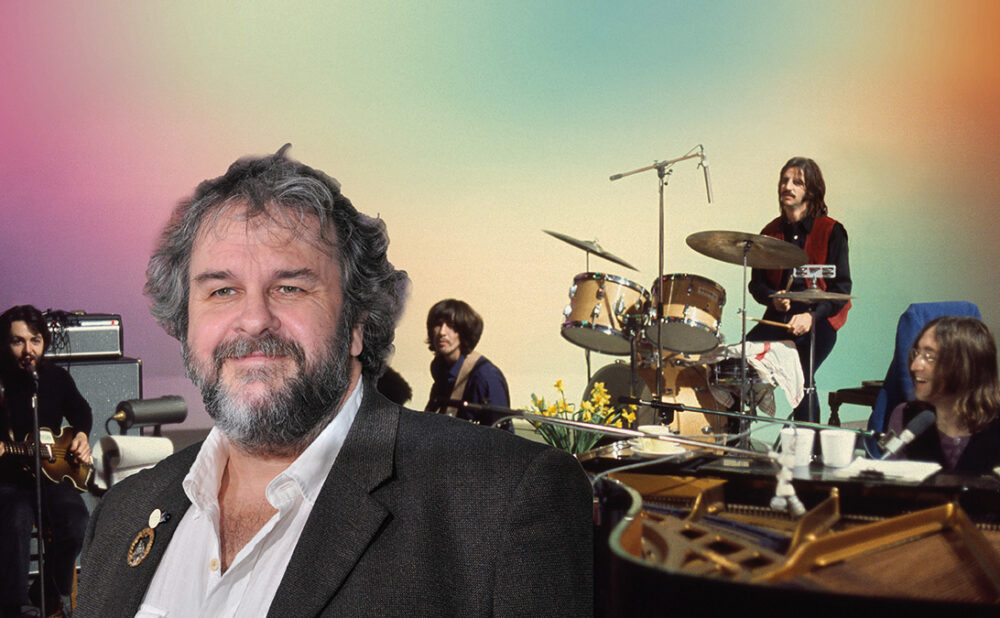 Oscar-winning director Peter Jackson says he dreams of travelling in a time machine to ’60s London to hang with The Beatles — and his new film about the Fab Four’s last days does just that, giving viewers an astounding bird’s eye view of the world’s greatest pop band’s creative process.

The eagerly anticipated, remarkable documentary re-articulates the incredibly creative — and productive — “last days” of The Beatles.

And on a Zoom call with the media days before its release, it’s clear the Hobbit director viewed the creation of Get Back as a scared trust.

I want to go to The Beatles’ studio and I just want to sit in the corner, not interfere, and just watch them work. That would be my time machine fantasy day.

The movie he has created — using 60 hours of footage originally shot for the Let It Be film, the bad trip coda to the beloved band’s career — re-positions those final days as mostly upbeat and loving as well as historically creative. The Beatles created much of not only the Let It Be album but songs for Abbey Road as well during those now, re-examined days.

“If somebody said to me ‘Hey, there’s a time machine, you get one trip, what would it be?’ I’d say, I want to go back to the ’60s. I want to go to The Beatles’ studio and I just want to sit in the corner, not interfere, and just watch them work. That would be my time machine fantasy day.

“And so, having this footage, I wanted everybody to feel it. That’s the reason I didn’t put in any modern-day interviews. I just wanted it to look as if we are in the room with them and there’s no film stock in the way.”

Mission accomplished! I watched the three parts of this excellent doc almost as one piece and was left feeling I had just spent a few fascinating and extremely intimate weeks with “the lads” getting ready for the big show.

Jackson’s decision to have no narrator and no “50 years later” interviews with key subjects allows viewers to disappear into the moment and travel back in time as he hoped.

A devoted Beatles fan, Jackson claims theirs are the only albums he has ever bought. He was well versed in the supposedly miserable last days of the band as depicted in Let It Be. His only fear when considering making the film was that it might be a story too unpleasant to share.

“I said, ‘If this is as miserable as what it’s supposed to be, I’m not going to want to make a movie of it’.”

The director says he found himself wondering, “If the movie Let It Be is what they allowed to be seen, what did they not want the world to see?”

But when Jackson finally waded through the hours of film, “I thought it was unbelievable.”

“That’s just life,” says Jackson of watching the foursome navigate a compressed creative process. “That’s not The Beatles breaking up, it’s just an ambitious project that was probably overly ambitious and things are going wrong. And yeah, that’s what happens.”

When the film begins, the band is facing a “hard stop” deadline of three weeks before Ringo Starr has to leave the band to begin filming The Magic Christian. In that time, they must make a new album and shoot what has been planned as a TV special. Plus, the studio they are rehearsing in will also be needed for the movie shoot and their engineer, Glyns Johns, must depart in the same time frame.

Jackson notes The Beatles were always civil with each other and that disagreements are part of any creative process.

“Obviously, there’s the famous Let It Be thing with George saying, ‘I’ll play anything you like or I won’t play at all’ but, he’s not shouting. He’s not swearing at Paul, he’s just a little bit peeved.

“There’s not a single moment where any of them are truly angry with each other, truly angry. Their friendship just ultimately comes through.”

“We are revealing 50-year-old conversations that they deliberately drowned out that no one’s ever heard before. By revealing these conversations, we are able to have them tell their own story through these 21 days.”

It’s easy to be so focused on using the film to de-bunk a myriad of misleading myths that you lose sight of a remarkable movie showing the iconic quartet as just four guys trying to get a record finished without terminally pissing each other off. And they have lot of fun and generous-collaboration along the way.

He says of McCartney’s behaviour, “This is not really being bossy; it’s just being responsible. Paul’s the responsible one and he doesn’t want this to be another Magical Mystery Tour — it’s got to be great.

“Paul is carrying a lot of stress.”

Jackson wondered if the John Lennon he would encounter in the films would be the “sort of angry” man of the Imagine documentary.

“Not one angry word from John, which I would never have expected,” says Jackson.

Lennon is, at most, a disinterested force at the beginning of Get Back as the band struggles to find its way while rehearsing in a cavernous sound stage. But he warms up and fully engages at being solution-oriented as the band moves to its Apple Corp recording studio. The four work toward creating their album and determining their live play.

“When Paul stresses out, it hurts John. He’s saying ‘I’ve got to help Paul.’ He wants to help him, he talked Paul through. He’s lovely and patient. And when he can, he’s funny as hell. He’s goofy, he’s a clown. He is really, really funny, and that surprised me.”

Jackson was also surprised how engaged George Harrison was in helping Lennon and McCartney with their songs — far from a disinterested “hired hand.”

“George is the most vocal, suggesting things. He throws himself into John and Paul’s songs,” says Jackson. “When they’re his songs, he’s more nervous. He’s got much more confidence suggesting ideas for their songs, which is actually a human thing. You can always judge other people’s work better than you can judge your own. You get this very vulnerable feeling with George when his songs are offered up, he’s nervous as hell — and he’s got fantastic songs.”

Starr seems the most attentive throughout Get Back, whether listening to his bandmates discuss future plans, tuning in to jokes or following their musical digressions, he’s always ready to be called on for a comment, a laugh or a beat.

“Ringo told me he came away utterly exhausted at the end of each day because he didn’t know what was going to happen — and he had to deliver them a beat.”

Yoko Ono haters will get no fuel for their fire as she is a largely discreet force, present to be with her lovestruck partner rather than to get in the way.

“She’s there because John and her are in love,” says Jackson. “And the other guys know that. They love John, so if that’s what John wants, that’s okay. The critical thing with Yoko that must be recognized is she doesn’t interfere with what they are doing. She sits there, she knits, she writes, she does some art, she’s there with John.”

Jackson and his tech-savvy production team used technology to brighten and sharpen the quality of the film as well as enhance the sound. They even uncovered previously inaudible, intimate conversations.

“After 50 years of not letting anyone see this, they have finally decided to let it out. I think they have gotten to a time in their lives that they understand the historical importance of this overwhelms any emotional feelings.”

“We are revealing 50-year-old conversations that they deliberately drowned out that no one’s ever heard before. By revealing these conversations, we are able to have them tell their own story through these 21 days.”

The living Beatles are producers on the film but did not wield tight control over Jackson.

“After 50 years of not letting anyone see this, they have finally decided to let it out. I think they have gotten to a time in their lives that they understand the historical importance of this overwhelms any emotional feelings.

“This is such a historical document of rock and roll history that it’s got to come out.

“If I do The Lord of the Rings, Warner Brothers gives six, seven pages of notes: ‘This is too long,’ ‘Change this.’ For the first time in my life, I got ‘Don’t change a thing.’

“You’ve got to give them (The Beatles) credit for that because that’s them being very brave because they’ve never exposed themselves with this raw material, they’ve never allowed people to see The Beatles in such an honest way before. And it takes a little bit of courage to do it.”

I ask Jackson if he’s going to make another music documentary and if so, which artist.

“I’m the most limited, boring person. I don’t know anything about anybody else.”