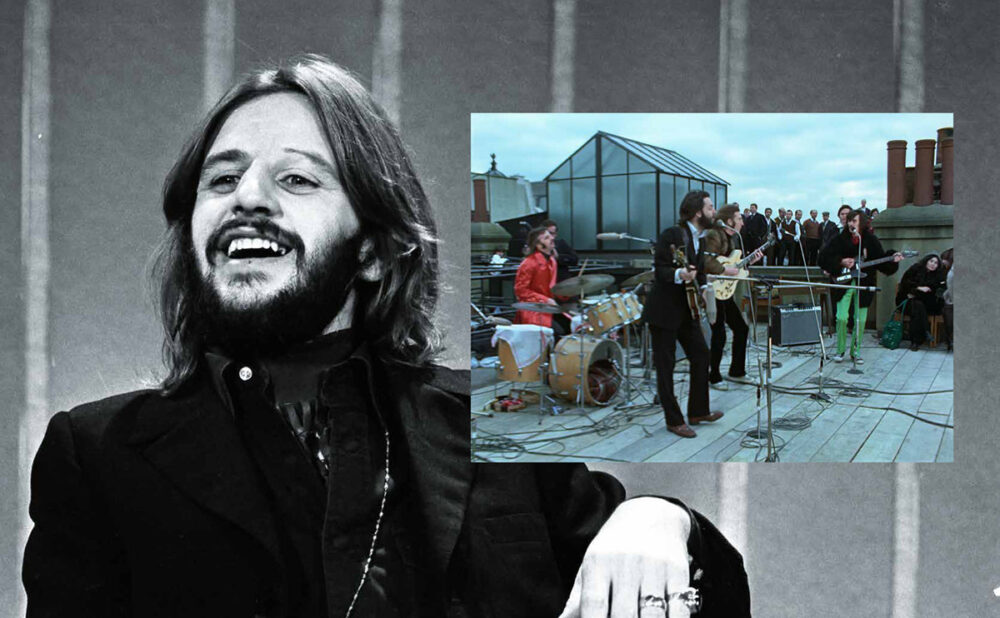 Name: The Beatles: Get Back
Where: Disney+
What: Limited series, 3 episodes, approx. 160 mins. each
When: Nov., 25, 26 and 27, then streaming
Genre: Documentary
Why you should watch: A long-lost cache of footage from the Let It Be sessions, which yielded the buzzkill film of The Beatles’ last days, allows for a fresh, more complete — and fun — look at the band in this Ringo-approved documentary. Worth it just for the 43 minutes of performance footage from the band’s legendary rooftop gig. 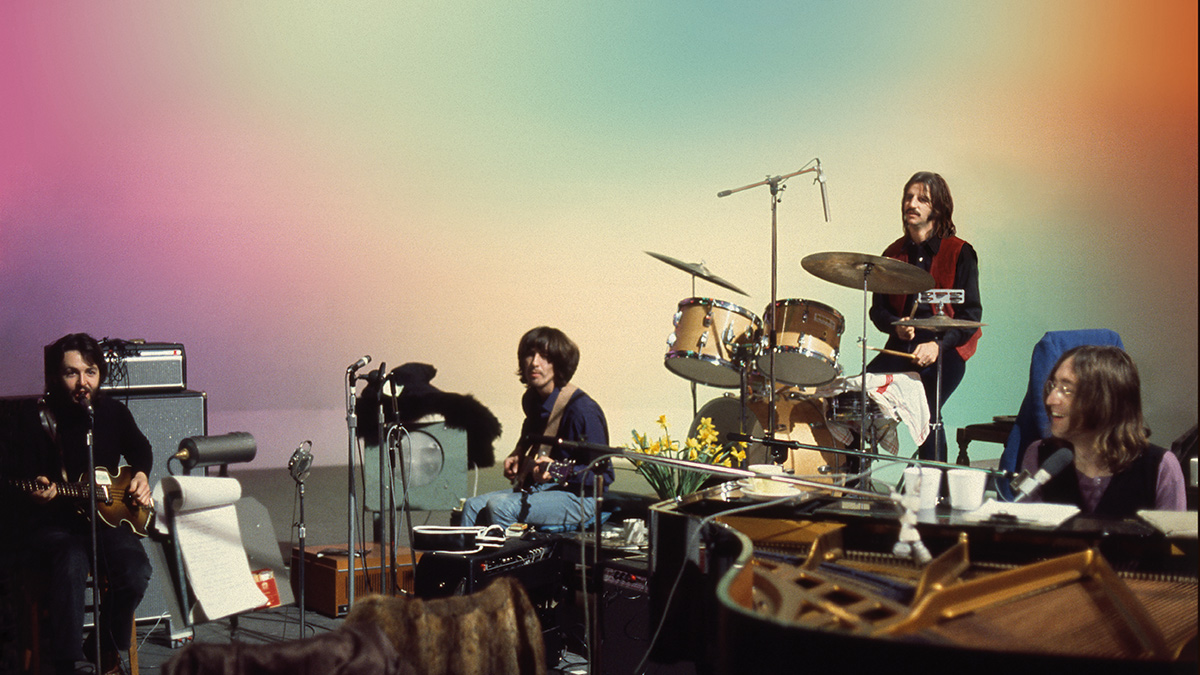 Beloved Beatle Ringo Starr is the poster boy for the rock repentant: a reformed party hound who, at 80, works out every other day in his home gym, looks fit and frisky, and is loving life as he enthusiastically Zooms about new music and the new Peter Jackson documentary, The Beatles: Get Back, airing now on Disney+.

Within 10 seconds of joining the call, the friendliest Beatle has used the word “love” twice and “peace” once — and it’s impossible not to smile.

Zooming with Starr twice over the last few months, it’s clear he’s not Pollyanna positive: he knows the world’s got problems, but he’s determined to muscle through and spread his passionate “peace and love” message, which he gets me and some others on our Zoom call to happily repeat with him, more than once, on cue.

“Joy” is another word Starr loves, along with “fun”; he finds both producing almost quarterly releases of new EPs — no albums, please, too much work — that he records with A-list pals, and he finds it in the new documentary film about his old band by multi-Oscar winner Jackson.

The Beatles’ company, Apple Corps, found 56 hours of unused footage from the original recordings that yielded the original Let It Be film (which many see as the buzzkill coda to the beloved band’s career) and turned them over to the Hobbit master. “The new documentary is great,” says Starr. ”I was always moaning about the original — there was no real joy in it, it was all based on this downer little incident. It was focused on one moment that went down between two of the lads — and none of the joy.

“I thought Let It Be was miserable. There was lots of laughter [making the music]; I was there, we were laughing, we were having fun, we were playing, we were doing what we do. There was a lot of joy in making those records.”

As the film evolved, Jackson showed Starr clips, “and we’re laughing and fooling around and we’re being musicians.”

Clearly, Starr loved and continues to love playing music, not just for the art but for the connection with other performers and, ideally, with audiences when he plays live.

“There’s a great piece in the film for me where Paul says, ‘Well, who wants to play live?’ and you can hear me in the background, ‘I do’,” and he laughs.

“And we did, on the roof. It was so great and we played live again. 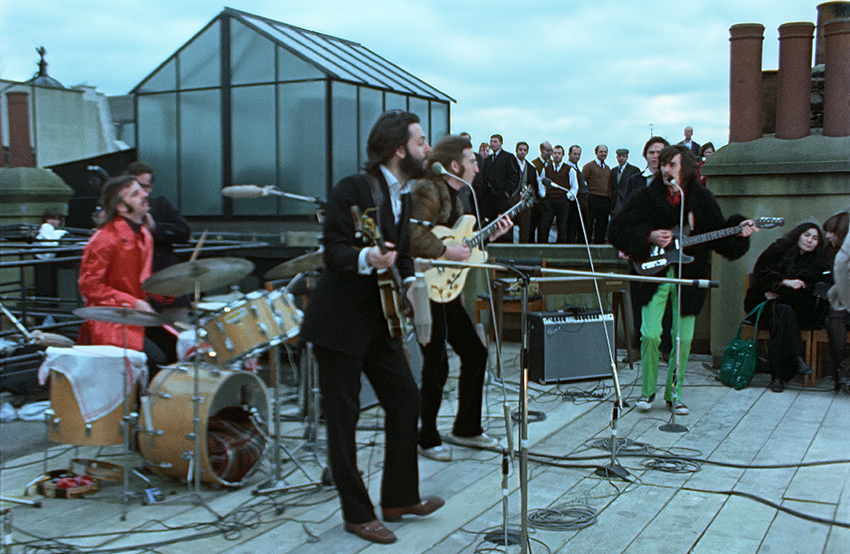 “The first doc, on the roof, was eight minutes long. On the roof with Peter, in pieces, is 43 minutes long — pretty cool,” says Starr chuckling like an excited kid.

“It’s about the music and a lot of joy.”The Beatles discussed a lot of exotic locales for their return to live before finally settling on their iconic location, when, Starr says, someone said, “‘Sod it, let’s just walk across the road with this one, let’s just do it on the roof’ and that’s what we did, and it was great. The police played a huge part — not that they did anything, but they were moaning at us. They look really silly in the film now.

“It’s over six hours long. I love it, but I’m in it, of course, so six hours is never long enough. I think everyone will enjoy it because you’ll see this band worked really hard and went through emotional ups and downs to get where we got” — and he emphasizes — “every time.”

“But that’s just how it was: four guys in a room, you know — you’re going to have a few ups and downs. Peter Jackson is our hero; he’s done a great job.”

Another music film, Rock Around the Clock, played a seminal role in Starr’s life and resulted in a track on his latest EP, Change the World. Starr was hospitalized for years as a child with tuberculosis, among other things.

Starr’s family sprung him and he went off with his grandparents.

“My grandad took me to the Isle of Man island off Britain, and it was incredible. I went to see the movie Rock Around the Clock, it was on there and full of crazy British holiday makers with ‘Kiss Me Quick’ hats and a little out of their minds.

“I’m sitting there, I’ve been in hospital, so I don’t know too much about what’s been going on lately, and they ripped up the cinema. I mean they just threw chairs, they ripped them out, I was going, ‘Wow, this is great’.”

“That moment is writ in my head. I remember that moment like it was yesterday.”

Watch the Get Back trailer