Stylish and Sustainable: Is Calgary the Next Fashion Hub?

Buddy-buddy with oil, fashion is one of the most polluting industries on earth. In a city that made its name with the cyclical boom and fall of the former, the notion of a burgeoning sustainable fashion community in Calgary sounds like an oxymoron.

And yet, it exists. It’s beginning to thrive, even.

I’m used to getting amused looks for daring to wear so much as a leopard print coat or a beret in a city known more for its uniform of MEC puffer jackets than its fashion scene. So when I get an early December invite to FIBRE Fashion, a showcase of ethical and sustainable designers in YYC held by The Nobles model Management at Christine Klassen Gallery, I’m surprised that a collective like this even exists. Toronto and Montreal are the obvious style capitals in Canada. What kind of heat is Calgary packing?

Quite a high calibre it seems. Turns out, the STEM minds populating the energy industry are some of the most equipped to reimagine the broken fashion industry. With their analytical yet inspired approach, these professionals can tackle issues of design from an angle fashion insiders can’t. Take Sasmitha Dellawa, a London Fashion Week-featured designer who works for a natural gas company by day, or Tyler McCombs, a former Apple manager who dreamt up a line of eco-friendly underwear.

Calgary’s fashion scene is just beginning to bear fruit; much like its prairie landscape, there’s nothing but wide-open space for imagination and innovation. Could this western city be the heart of Canada’s sustainable design revolution?

Here are some of our favourite designers and most interesting conversations from the FIBRE Fashion show. 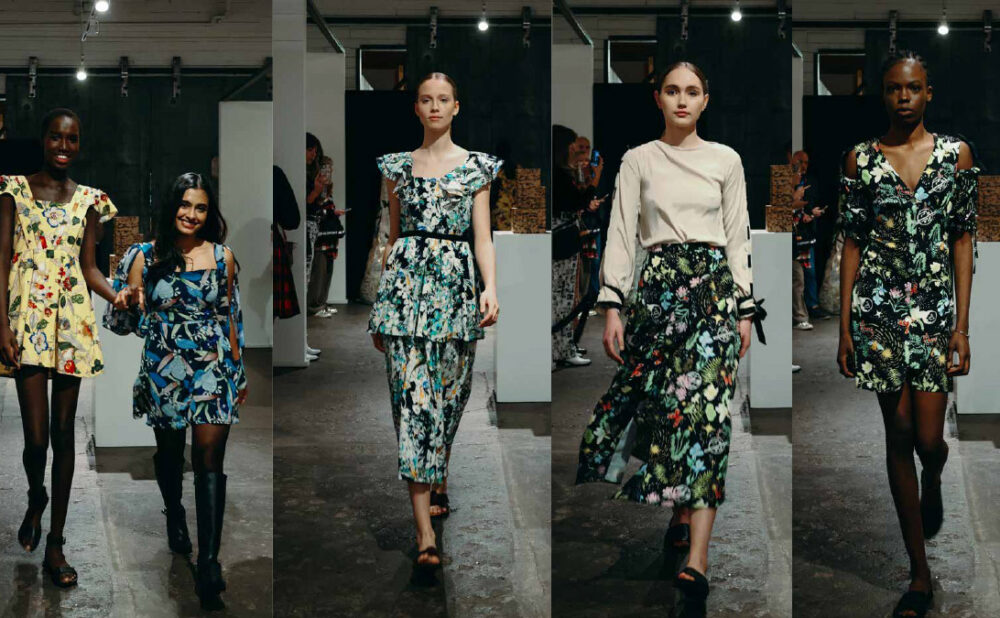 In addition to showcasing her feminine and floral frocks at London Fashion Week, 24-year-old designer Sasmitha Dellawa is also a business tech analyst in the energy sector by day.

“It’s a 24-hour-job,” she tells me after the show. “I come from an oil and gas background, so, just seeing how that industry has also taken a green turn made me think maybe the fashion industry, which is one of the biggest contributors to pollution, could take a stand against it.”

With a mission to make shopping green affordable, Dellawa leverages natural fibres, recycled and deadstock fabric —that’s fabric that would otherwise make its way to the landfill — and crafts all of its delicately drawn prints in-house. 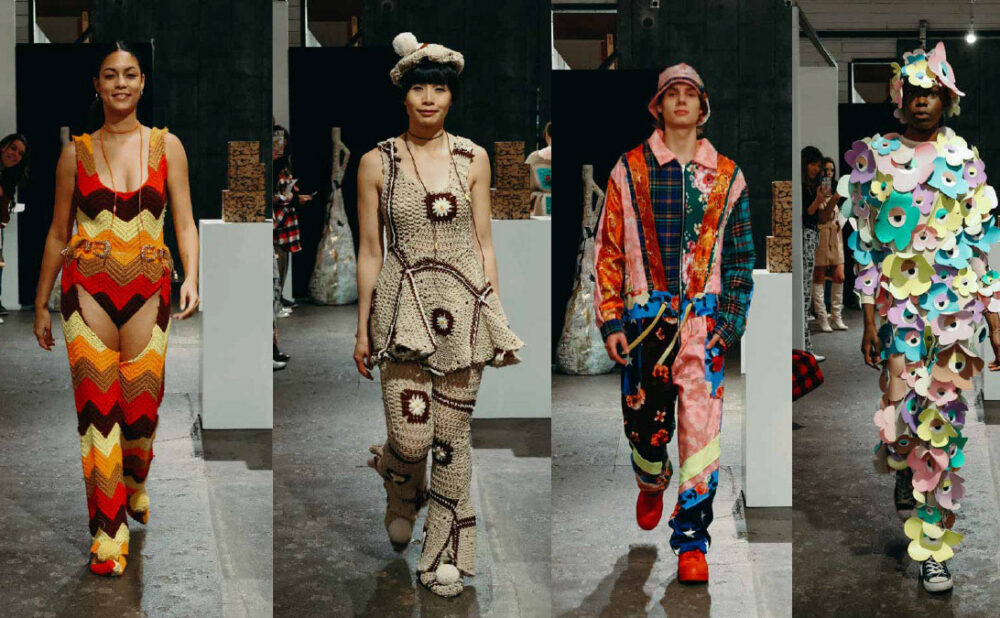 “It’s a mix of hippy, bit of cowboy and a touch of psychedelic craziness,” enthuses designer Victoria Patterson. “All the crazy things in my mind.” This Brooks, AB, native came back to Calgary by way of 10 years in London, and the free-spirited, you-do-you vibe of the British city had an impact. Recycling handmade blankets that were knit by “some nice old grandma back in the day,” Patterson fashions the grooviest crochet pieces this side of the ’70s. Part Free People, part circus clown, the line is as creative as it appears comfy.

“People accept crazy stuff a bit more in London. This would be my ‘going grocery shopping’ look” she jokes, gesturing to her furry skirt covered in googly eyes. “Moving from one of the biggest fashion capitals to Calgary, I didn’t know what to expect. But it’s nice that there’s shows like this popping up,” says Patterson.

The showstopper of the night: an A&W-coloured pair of assless chaps. I know what I’ll be wearing to Stampede this year. 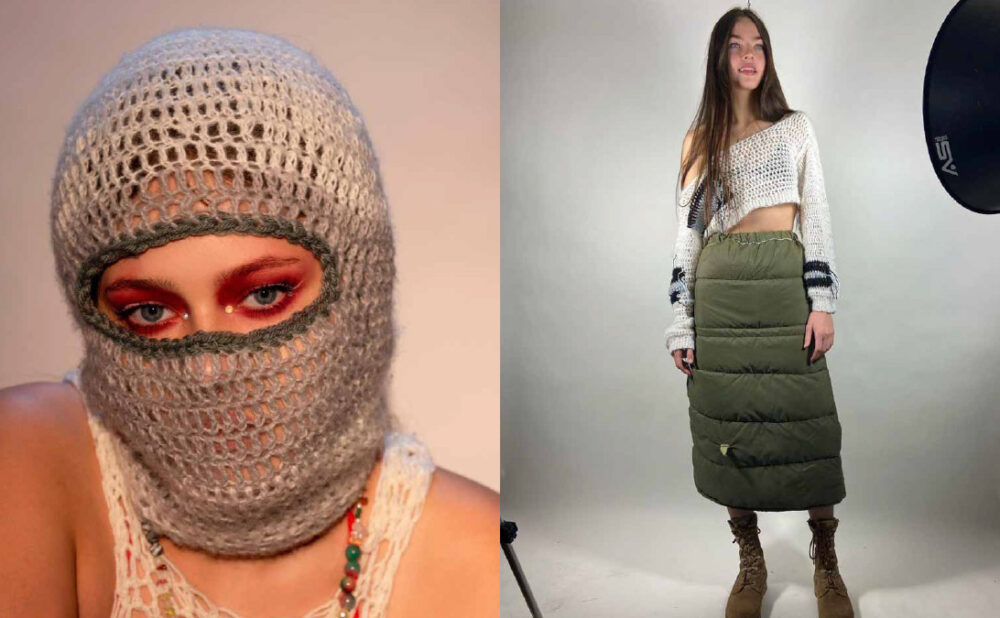 Announcing a pair as a “power couple” might sound as outdated as calling a female entrepreneur a “girl boss,” but fuck it: part indie fashion kids, part vintage peddlers and part novice designers, Olivia Podmore and Colin Bridger are Calgary’s fashion power couple.

As Studio Hexe, the pair crafts original designs out of military surplus with a Y2K edge (hello Avril Lavigne wrist warmers), and as 601 Royal, they sell high-end European and Japanese designers out of their boutique just off of 17th Ave.

“For this fashion show, we reworked a 1960s military sleeping bag for the puffer skirts. Our biggest thing is giving old material new life — mainly military,” say Bridger and Podmore.

As the Studio Hexe models strutted down the runway to screeching dystopian sonics, it was the crocheted balaclavas reminiscent of Pussy Riot and puffer skirts that remixed the ubiquitous Aritzia Super Puff that stole the show. Impressive designs from label mates who only picked up a sewing machine one year ago.

“Right when we first started dating, we realized we were both really into clothing; we started looking into the reworked world,” says Podmore, who taught herself to crochet during COVID.

“We started sewing in a spare room in my parents’ house,” laughs Bridger.

After venturing to Japan and checking out the artful, anti-elitist fashion scene over there, the pair was inspired to start 601 Royal as a community hub for all the fashion heads in YYC. Stocking mens- and womenswear, they line their shelves with everything from designer vintage to streetwear.

“Calgary does have a niche fashion community, and it’s cool to see it growing. There’s a lot of people that are into very niche things, like collecting Helmut Lang. They’ll be in the store every few weeks, like, “do you guys have anything new?” says Bridger.

“We want to bring in the items that the fashion kid sees online and thinks they’re never going to get to see — their holy grail. Whether they have the money or not, they can come, try it on, just feel it and look at it.” 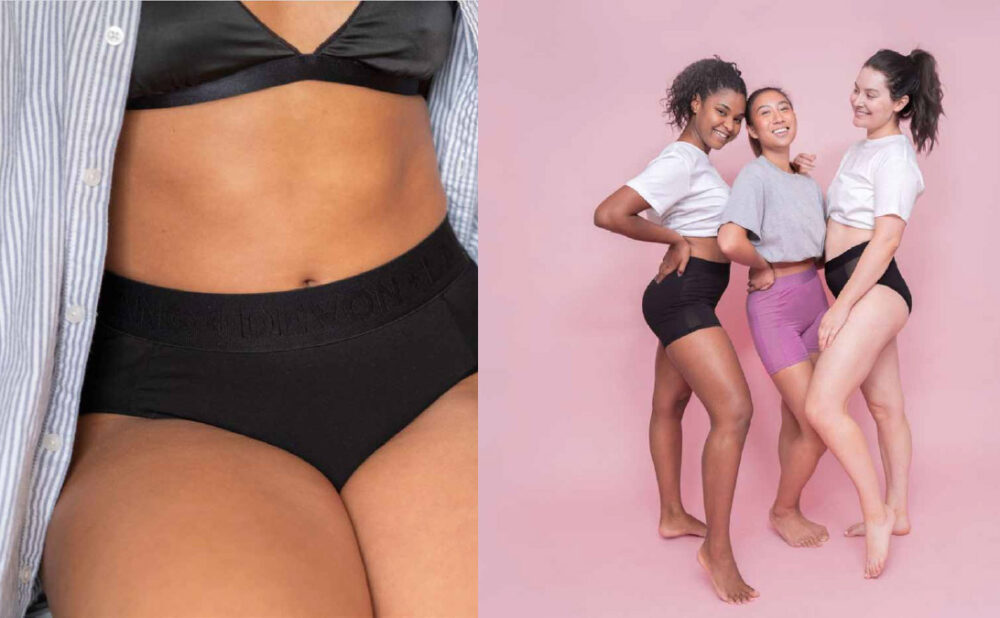 Because why shouldn’t sustainability go right down to your skivvies? Underwear is arguably the most universally worn garment — not including those who prefer the breeze — which means it likely accounts for a sizeable portion of the millions of tonnes of textile waste in global landfills each year. Using Modal, a cotton alternative that expends 10 to 20 times less water in its production process, Devon + Lang makes the comfiest, stretchiest boxers for all shapes, sizes and genders.

“Back in 2018, my wife and I were on a romantic walk on a beach in Hawaii,” founder Tyler McCombs explains of the Devon + Lang origin story.

“I ripped a huge hole in my boxers. I was so annoyed,” he laughs. “We worked for over a year and a half designing, iterating and reiterating. We even worked with designers and engineers to make sure the garments were as well made as possible. If you can make a garment that’s built to last—it’s going to last.”

Though they currently make their products in China, McCombs says he’s “hoping that mid to late 2022 we’re going to have some Canadian-made garments” noting one of the major hurdles to Canadian production: “oOr underwear is a very technical garment — it requires some very skilled labour. The unfortunate truth is that China has 25 years more experience in creating garments that we don’t have in Canada yet.” 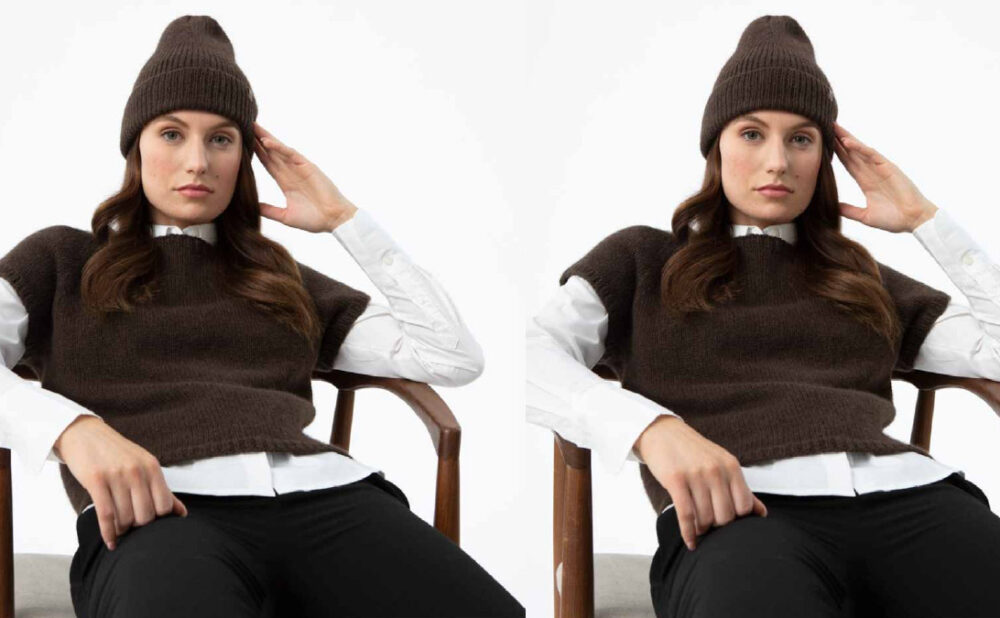 When it comes to chic knitwear, Scandinavians know their stuff. Inspired by Swedish sensibilities, made in Nepal and based in Canada, Dinadi’s colour-blocked designs radiated Scandi sophistication down the runway.

Swedish founder Mirjam Lindvert Thiessen and her Canadian husband Preston Thiessen established Dinadi while living in Kathmandu, Nepal, in 2012 with their young family. Witnessing the high unemployment rates and cyclical poverty in the country, they decided to combine a love of knitting with social entrepreneurship.

ainable fashion came from the fashion side of things; I came from the social side. And I thought, we need to do something for women that are vulnerable. Women that have been exploited, that are living with domestic violence, with gender discrimination. For me, it was the women,” Lindvert Thiessen explains.

She personally taught the majority of the 40 female employees to knit, equipping them with a new skill and ensuring that “the people who produce our clothing are fairly paid, have access to health care, that their children’s school fees are paid, that they have access to retirement savings — all these things.”

During our conversation, Lindvert Thiessen mentions that the grey column dress she’s sporting is a Dinadi design. I reach out and touch the material — it’s some of the most luxurious wool I’ve ever felt. None of that scratchy stuff.

“We have either 100 per cent merino, cashmere or yak wool. Which is biodegradable. When you’re done using it, just put it in the compost. It’s not going to break down to microplastics, ending up in the ocean and causing pollution. Choosing the fibres we’re purchasing is big for the environment.” 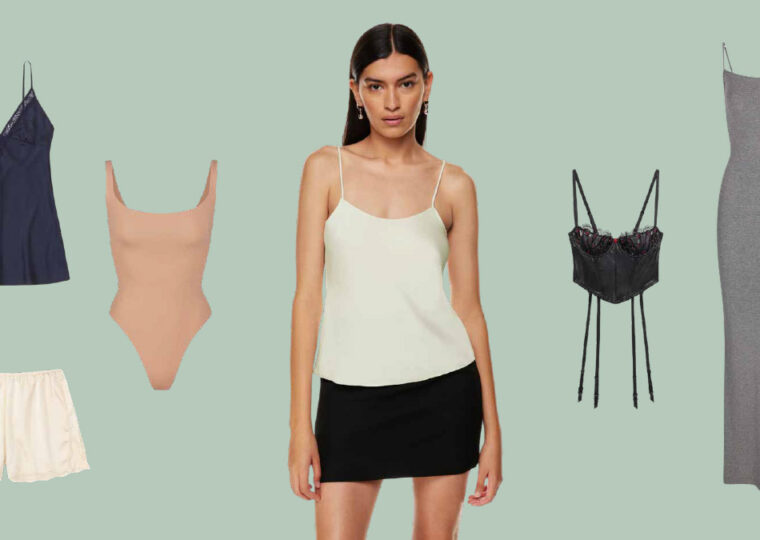 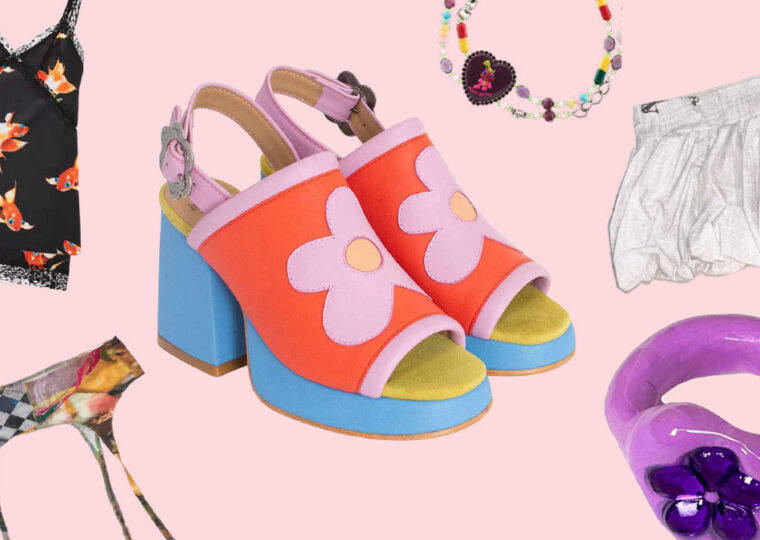 The Weird Girl Trend is Here 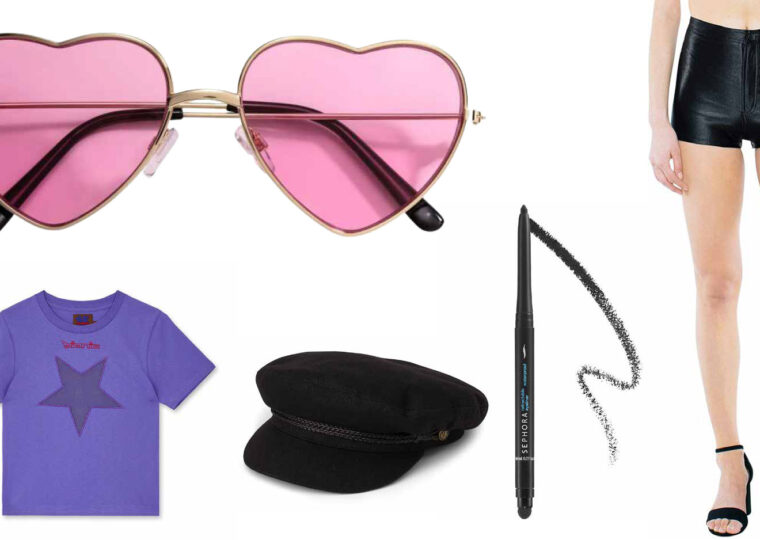 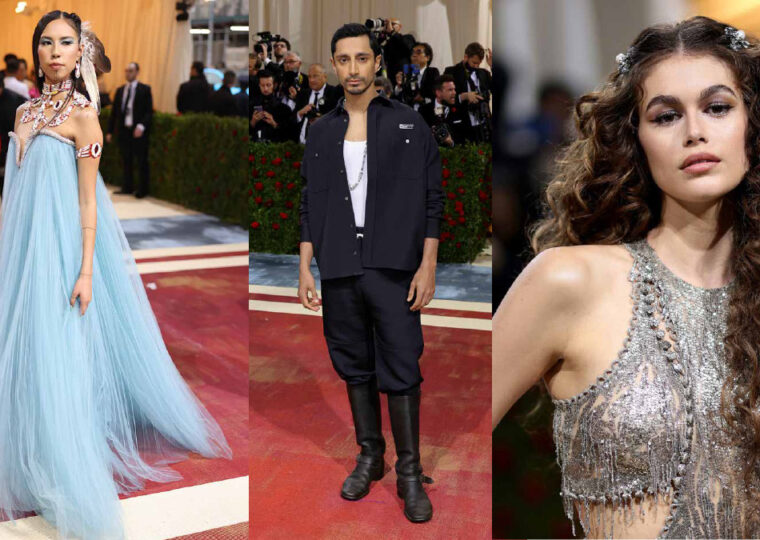 The nightwear as outerwear trend